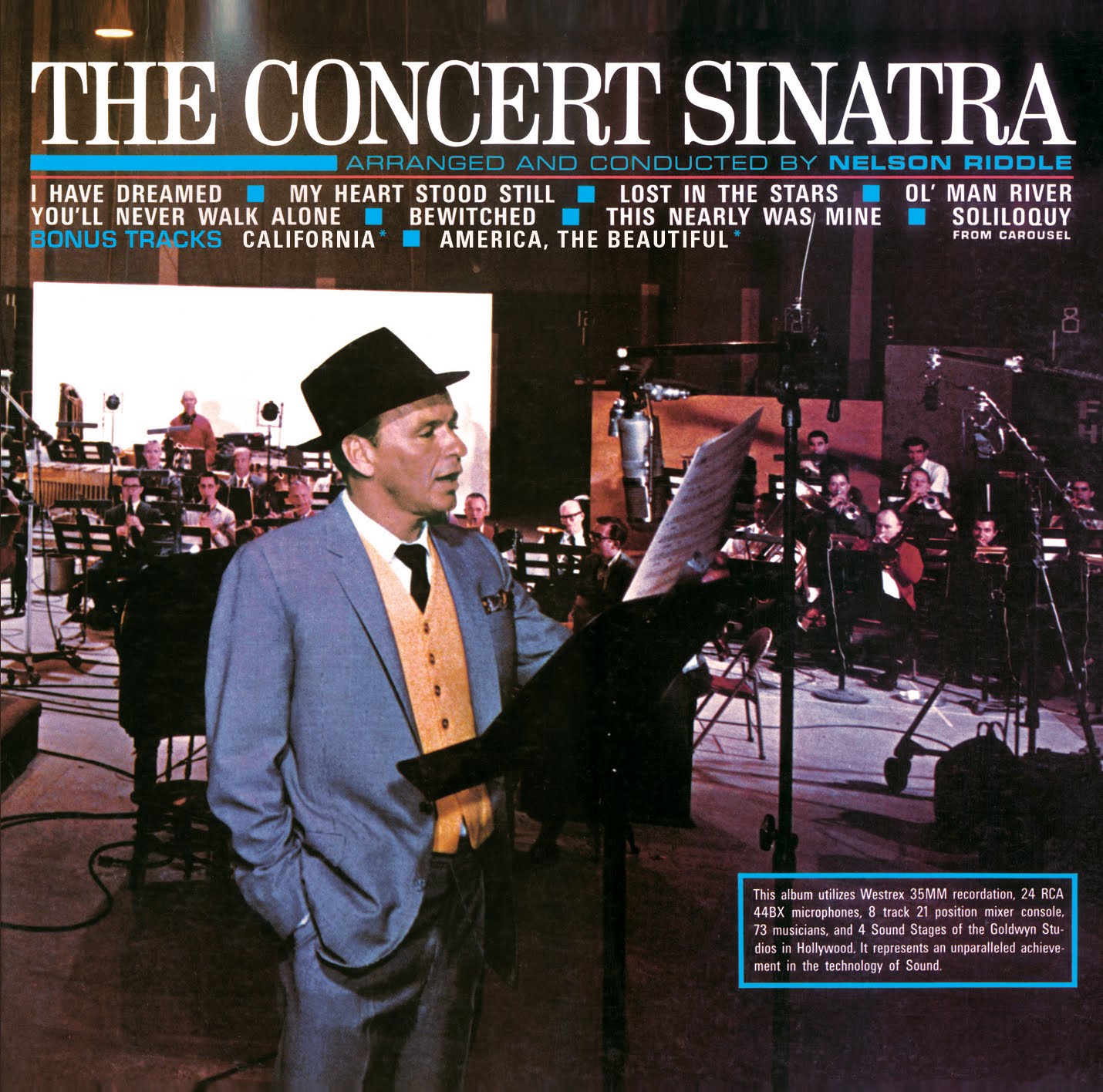 As we reach 1963, as we reach album # 27, one thing remains abundantly clear, Frank Sinatra still has the best pipes in the business on The Concert Album, recorded with the Nelson Riddle Orchestra. Another thing is clear, the return of Riddle is not the return of the glorious 1950s collaborations. The Concert Album, which is not a concert at all, but rather a dip into the Broadway musical, is a good Sinatra album, sometimes less (“Ol’ Man River” seems easy but it isn’t, it stymied Aretha Franklin as well), and more (Rodgers and Hart’s, from the revue “One Dam Thing After Another”, “My Heart Stood Still, is all hesitation and build), though an album a little lost it time in stands up as well as anything Sinatra performed.

If you saw Sinatra on stage when he was in his 70s, it was clear he had lost much of his vocal prowess and yet remained a great singer, because his phrasing and tempo were impeccable. That phrasing is a form of oracle vernacularism -he could sing as though he was singing, he could tell a story in song. Which makes him perfect, for the most part, for story songs and Broadway is all about story songs: listen to “Soliloquy” and “You’ll Never Walk Alone -both from Rodgers And Hammerstein’s “Carousel” and you will see what I mean. The former is an overwhelming set up song, for a tragedy that is about to happen, as the anti-hero discovers his wife is to have a baby. Sinatra isn’t great but he is good enough, and he is better at the power ballad to end all power ballads “You Better Walk Alone” where his patience iteration builds to the blow out.

On more familiar ground, the “South Pacific” “This Nearly Was Mine” was nigh on perfect and “Bewitched” (aka “Bewitched, Bothered, And Bewildered” from “Pal Joey” -Sinatra was in the movie though he didn’t sing the number) belongs to Frank, no doubt.

So there is absolutely nothing approaching wrong here, certainly Nelson’s arrangements for full orchestra are both restrained and overwhelming, and when a lesser singer would have gone right over the top, the only two singers I know who perform restraint this well is Frank and Tony Bennett. “Ol’ Man River” was a mistake, but it always is -people think that because the emotions are so large, and the booming baritone of the original so overwhelming, it is easy when it isn’t. Otherwise, “Bewitched” is one of the great Sinatra standards, “My Heart Stood Still” a second tier addition to the catalog, and the rest perfectly fine.