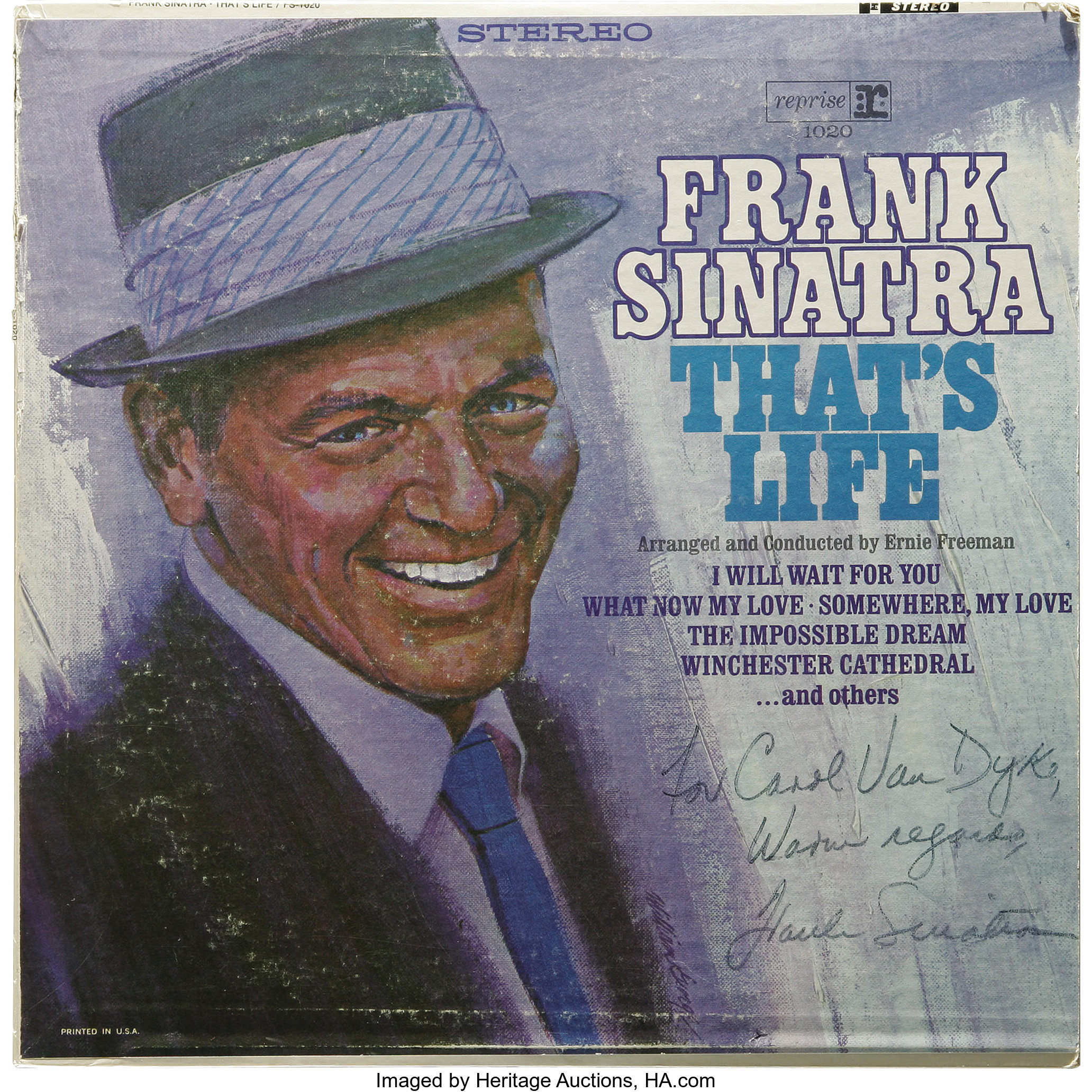 Frank Sinatra’s 40th album, That’s Life,  was a big hit, the title track got to #3 on the Hot 100 and the top twenty on Cash Box’s r&b charts, the album went Top 20. It was 1966 and Revolver was changing the album but Frank wasn’t changing much though he was changing some things. We will double back on “That’s Life” itself, one of Sinatra’s most popular songs of all time, and take a look at the good not great album as a whole.

First, a person of color, Ernie Freeman, arranged and conducted the orchestra. Sinatra isn’t not used to using a black conductor  but Freeman wasn’t Jones, and the use of him is a subtle nod in the direction of the black equality movement of the 60s. Freeman and Sinatra give the album one, almighty, and relentless, swing. It never stands still. Why he would swing “What Now My Love” or, God knows, “Somewhere My Love (Lara’s Theme)”. “Lara’s Theme” is, of course, from “Dr. Zhivago” and swinging this heartacher (remember: Zhivago and Lara lose each other in the midst of the civil war and their daughter ends up working in a factory in the USSR) is asinine beyond belief.

Next, half of the songs are from French composers and that is unheard of (three years later,  “My Way” will be composed by a French person). A hit and miss situation, with the last two songs on the first side by the always energetic French pianist Gilbert Bécaud that misses loudly, especially with the meh “Sand And Sea”.

The rest of the album  has two goodies and the title track (out of a slim, ten track. 24 minute release), “Winchester Cathedral” is a case of no harm no foul, and “The Impossible Dream” is Sinatra giving a Broadway classic a fine going over. That leaves “That’s Life” -a nihilist’s “My Way” that ends with a projected suicide and Frank gives it a groovy and cool rendition and he makes it one of those songs everyone gets -a keen fave at Karaoke, he is hopeful and hopeless at the same time. “My Way” is about responsibility for your life, “That’s Life” is about pre-determinism, it can’t get out of the way of being alive. It sounds happy but it is resigned in the end. It is an everyman’s “My Way” and Frank gives a sublime vocal, both energetic and resigned, a whomping track as good as his best moments anywhere.

But overall, the album is not up to much. We don’t mind owning it, we appreciate its success, but the material isn’t good enough and the sound of swing only wavers once and seems unnecessary on the ballads.