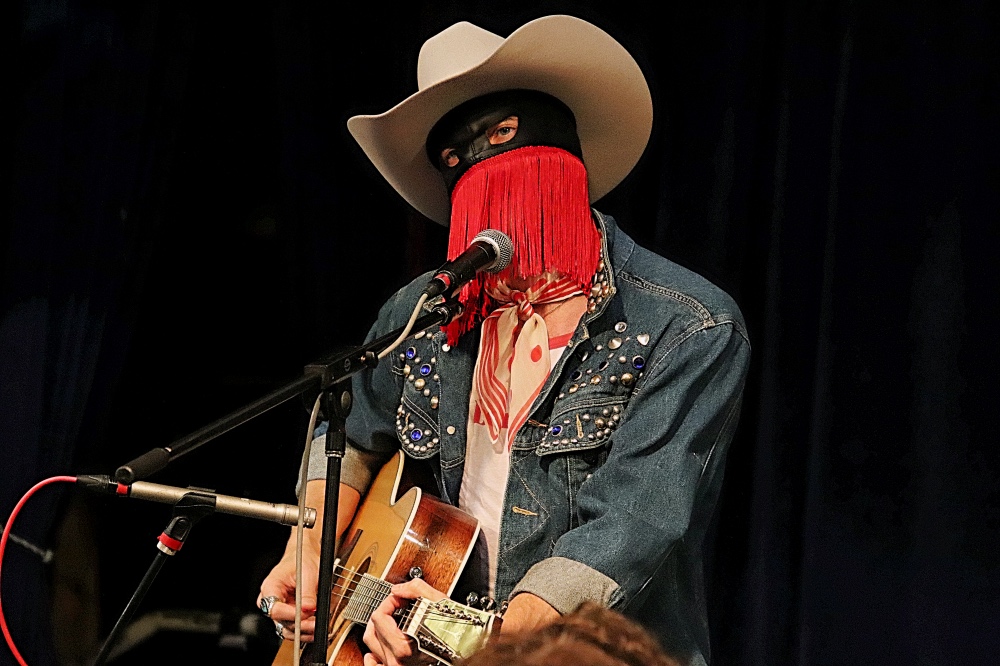 Orville Peck – ‘Take You Back (The Iron Hoof Cattle Call)’: One of my favorite songs of his album ‘Pony’, a whistle and a catchy western vignette with a horse trot, a gunshot, and a whipped YeeHaw all provide a perfect soundtrack for Orville’s sexy baritone. Plus, it’s the ‘Fuck-you’ song by excellence, addressed to an ex-lover with plenty of humor and this definitive break up line: ‘I got a face of gold, I got a heart of coal/But baby, that’s my cross to bear/I won’t take you back’. Be careful, it’s addictive and the song may end up on repeat on your next playlist.

Lola Marsh – ‘Echoes’: There’s a bit of spaghetti western vibe in this song too, especially in the surf-y guitar parts that could fit a Tarantino movie, while Lola’s voice keeps reminding me about a more determined Lana Del Rey. There’s also something borrowed from an exotic dance in this song, maybe because Lola is from Tel Aviv, while the mixed feeling of joy and melancholia could be explained by the press release: ‘Echoes’ is about that feeling you sometimes have when you want to disappear, but at the same time, want to be found. That scary beautiful moment just before falling asleep, when you are the most lonesome version of yourself.’

Josie Cotton – ‘Ukrainian Cowboy’: This cowboy song went full Russian with the help of new-wave-pop artist Josie Cotton. You can still hear the western movie barely hiding behind this Bolshoi choir, and that’s probably why the video blends visuals coming straight from ‘A Fistful of Dollars’ and ‘Dr. Zhivago’, while Josie looks like the Dolly Parton of the Soviet army. It’s very catchy too and probably never done before?

Kills Birds – ‘Volcano’: I saw them at Desert Daze and they were a blast, especially because of their vocalist Nina Ljeti and her unmerciful delivery. She could have killed you with her beautiful pale eyes and breathless deadpan delivery. ‘Volcano’ is a fast pulsing song, a slow-burning tune with a cathartic end followed by a silence which lets you listen to Nina’s sole hard breathing. It works as an explosion of anxious emotions with angular bursts of guitar, thunderous drumming and of course Nina’s powerful vocals.

Nick Cave and the Bad Seeds – ‘Hollywood’: It’s the closing track of their latest album ‘Ghosteen’, one of the ‘parents’ songs and an epic 14 minutes of heavy and atmospheric organ letting Nick Cave’s poetry travel through many visions involving the Pacific Coast, Malibu, the hills on fire, the beaches, the creatures in the sea and a kid with a bat face. And while we are flying through this incredible landscape, the song breaks into a second part narrating the story of Kisa and her dead baby, The Buddhist Parable of the Mustard Seed, leading to the realization that ‘Everybody’s losing someone/It’s a long way to find peace of mind, peace of mind’ …It’s something else than a pop song for sure, a haunting piece of music wandering in the purgatory of loss and grief.