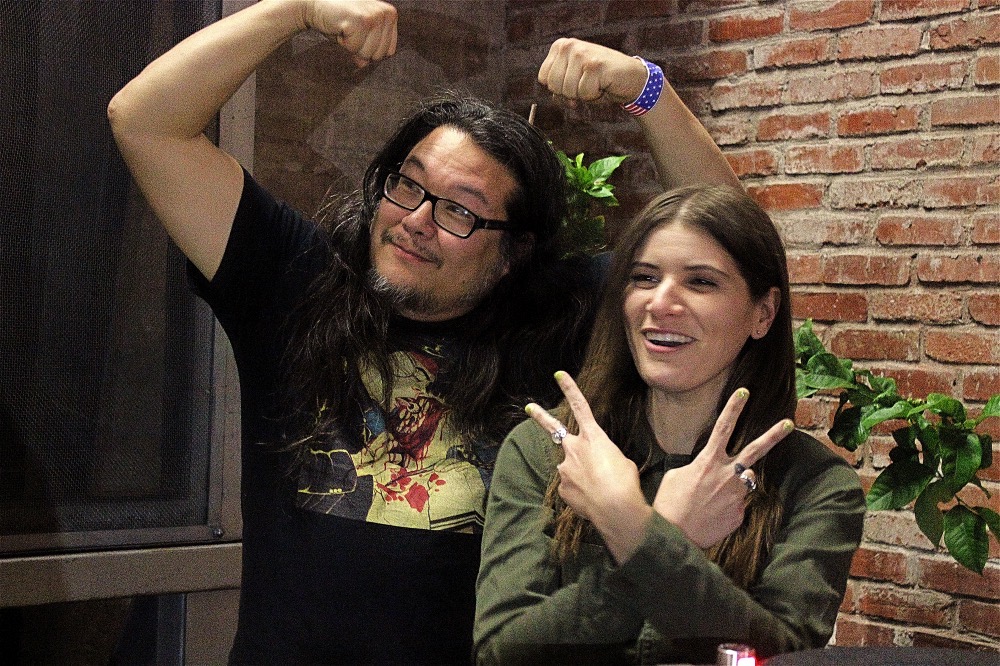 Burt Tre – ‘Real You’: A semi-melancholic tune with an upbeat acoustic guitar and a touch of Wilco. It’s also a hooky melody and Burt Tre’s raspy vocals even turn into a Bob-Dylan-dragGoing tone at the end of the song. Tre is a singer-songwriter, a so-called Americana artist from Sacramento, California who recently signed to John Prine’s Oh Boy label.

Pokey LaFarge – ‘End Of My Rope’: With a nervous clapping beat and a rockabilly spirit, it’s a glorious and catchy chorus, completing the song with a classy vintage style of organ and keys behind LaFarge’s bright vocals. ‘I like to think of ‘End of My Rope’ as kind of a Charlie Feathers meets The Everly Brothers meets T-Rex kind of sound,’ said LaFarge about the song which comes from his upcoming ‘Rock Bottom Rhapsody,’ set for release on April 10. The collection of 13 songs, produced by Chris Seefried of Fitz and The Tantrums, are about a soul in crisis and Lafarge’s downward spiral into a dark place of self destruction and anxiety, followed by a spiritual awakening. And that’s probably why the song is so uplifting.

Andy Shauf – ‘Neon Skyline’: Canadian Shauf is another soft-spoken singer-songwriter, but he is actually a true storyteller with breezy soft melodies and a gentle delivery serving deep thoughts, which have already brought comparisons with Paul Simon. After spending his early adulthood playing Christian pop-punk, he has released several albums and his last one, ‘The Neon Skyline,’ is a solo and intimate affair, a concept album told in a low-key manner, whose lyrics tell one unique story reflecting on social situations.

Cornershop – ‘St Marie Under Canon’: A stomping rhythm so joyful the song bounces by itself, it’s also a wining combination of Hammond organ and fire squad drums, while singer Tjinder Singh’s precise vocal style almost works in a hypnotic manner. The song is the second single of Cornershop’s forthcoming album ‘England Is A Garden,’ and just like one of their famous hit that they released in 1997 – can you believe that ‘Brimful of Asha is 22 years old? – it’s truly infectious.

Best Coast – ‘Everything Has Changed’: From the new Best Coast album ‘Always Tomorrow’ produced by Carlos de la Garza, the single is launched with throbbing guitars that could remind you of a Weezer tune, until Bethany Cosentino sings the hooky chorus, bringing back the song into Best Coast territory. Bethany celebrates her new-found sobriety: ‘I used to drink/Nothing but water and whiskey/Now I think/Those were the reasons why/I used to fall/Deep down in a hole.’ She said she wrote the song in the midst of a deep depression, however the song explodes into a big sunny chorus.