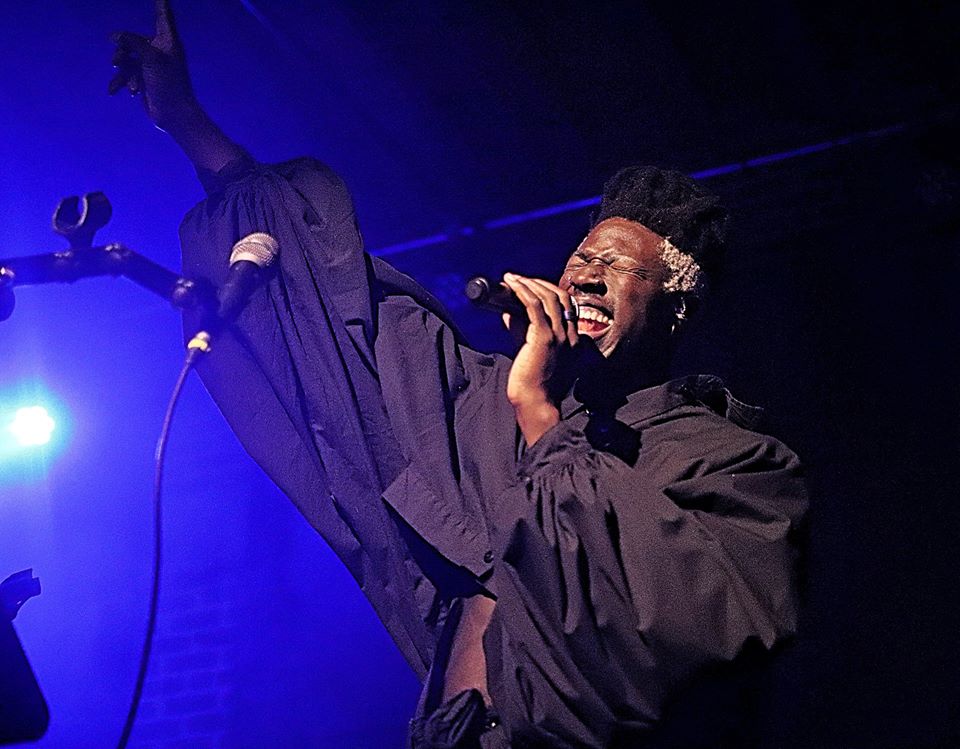 Five Songs For The Week: A lot of soul, a bit of blues, some ’80s synth and a Disney princess.

Christopher Paul Stelling – ‘Trouble Don’t follow Me’: The song starts with a clapping-along rhythm-section, a bit western, a lot gospel-like, like an update of the Supremes’ famous hit, You Can’t Hurry Love’. There is a big hook reinforced by Stelling’s determined vocals that give plenty of vigor to the song. This soulful track comes from Stelling’s 2020 ‘Best of Luck’ produced by Ben Harper and recorded between Asheville, North Carolina, and Los Angeles. Harper has described the album as an intersection where folk and soul meet, and this track, with its vintage sound, carries this feeling. The song is also very uplifting with even an anthemic quality.

Moses Sumney – ‘Me in 20 Years’: His delicate and powerful falsetto is going to do a lot of damage in the hearts of many, the song comes from Sumney’s last EP, and if the favorite of many is the amazing ‘Cut Me’, ‘Me In 20 Years’ reaches some new heights while the melody slowly unfolds this soothing hook. Sumney’s vocals are incredibly moving and the lyrics pure heartbreak: ‘I’m still here/Fingers outstretched/With your imprint in my bed/A pit so big I lay on the edge.’ If I believe what I heard last Wednesday night, during his first residency at the Bootleg, his double album Grae is going to be as spectacular as his voice.

Benjamin Booker – ‘Believe’: This song is a bit older than the other ones but it’s a soaring and soul-searching centerpiece from Benjamin Booker’s album ‘Witness.’ It starts with strings of a Ray Charles classic and follows with Booker’s raw and husky vocals and bluesy signature, uplifting horns and soulful backup vocals. This is what Booker said about the song during an interview: ‘I was reading a bunch of stuff like Jean-Paul Sartre and that Don DeLillo book and they point to the absurdity of life and how ridiculous it is that everything around us is constructed and man-made, and I started to think about that. You can get to a dark place because when you take away the things around you, the social constructs and the things you’ve grown up believing, you start to wonder just what it is that you believe in and who you are as a person. I think that part of the trip to Mexico was about removing myself from my comforts and the people around me and the things I was used to, and trying to figure out who I was as a person.’ The song is a meditation about life with a sound mixing classics with a modern edge.

Moaning – ‘Ego’: Dark synths and Sean Solomon’s morose vocals give a real post-punk tone to the song. It’s a much darker dancefloor than what the band has done before. Here’s what Solomon had to say about the song: ‘The lyrics are about letting go of your own bullshit to help other people. Wanting to love yourself to love others. The ego can make you feel like you’re the greatest person in the world or the worst. It makes you think your problems are abnormally different which is isolating and rarely true. The song is a reminder that listening to other perspectives is important and beneficial to both parties involved.’ The hooky vocal chorus and these ’80s synths are a new turn for Moaning and ‘Ego’ is the first single from ‘Uneasy Laughter’, the band’s forthcoming March release.

Jamie Drake – ‘Redwood Tree’: This is such a whimsical track, almost like a Disney princess movie with a Snow-White-in-the-forest whistle à la Andrew Bird, some cascading vocal harmonies, delicate arrangements, and even a harp. It’s an enchanting tune with a cinematic sweeping quality and a fairy-tale sound almost too pretty to be true, but there’s also some irony there, as the song is about this day-to-day optimistic life we live, whereas things are often falling apart in reality: ‘I know we said the words inside our mind/It doesn’t become reality’. Jamie has been a vocalist with a sort of folksy style and she has collaborated with Jim James (My Morning Jacket), Mikael Jorgensen (Wilco), or Moby. With this song, from her debut album ‘Everything’s Fine’ released on AntiFragile Records, she shows her real pop sensibilities.