Five Female Artists Who Have Upcoming Shows In Los Angeles 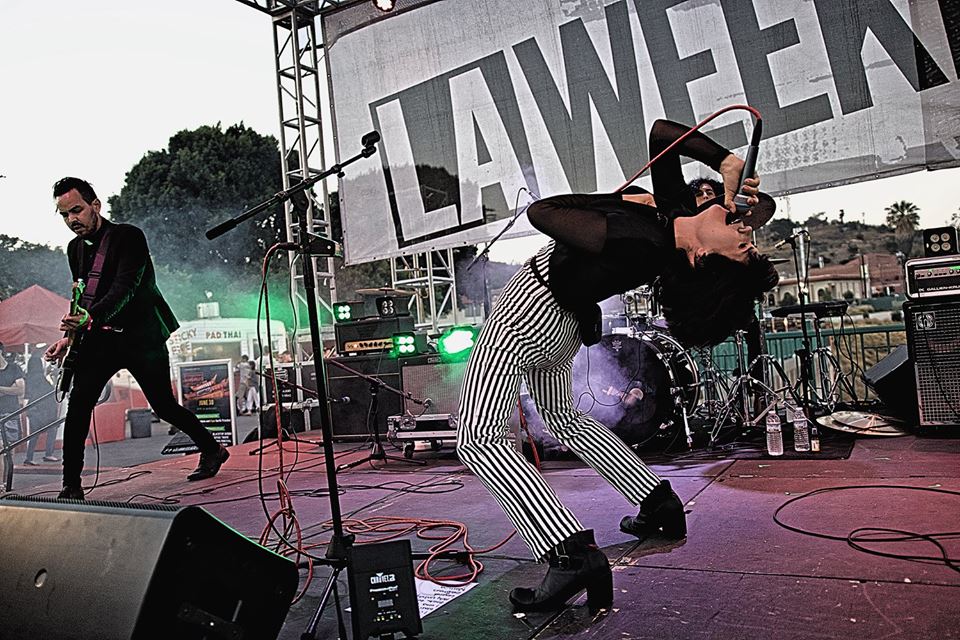 Holy Wars – ‘Legend’: I am rather familiar with Holy Wars’ shows for having attended a few of them, and each time frontwoman Kat Leon has been a ferocious warrior taking the scene by storm, and this new single marks the return of the band after their 2017 EP ‘Mother Father’. Loyal to their industrial-with-a-hook emotional songwriting, ‘Legend’ sounds like a very passionate declaration, with a dramatic wind of revolt and struggle floating above dark synth and cascading drums. This is what Kat told Buzzbandsla about the new song: ‘The message behind ‘Legend’ is about desire, obsession, struggle, desperation … a whole spectrum of emotions that we feel as humans in this life chasing greatness. It’s a subject that even though we may not want to admit it, we all relate to. I wrote this song specifically about the music industry. It serves as a POV of every artist reaching for success and all that comes with it — money, admiration, proof of existence and so on. In an industry where nepotism rules all and advantages are sometimes given to the undeserving, I wanted to show a side of reality on what chasing greatness can do to an average “good” person. How deep does your desire run? Why do you want it? What are you willing to do for it?’ Holy Wars will perform on July 2nd for ‘We Found new Music’ at Madame Siam.

Rain Phoenix – ‘Time is the Killer’: I heard this lovely song on a TV show, and I was immediately intrigued. A collaboration with Michael Stipe, who harmonizes with Rain, the song is a gentle and delicate folk ballad which slowly distills delightful and soothing melancholia. ‘For me, [‘Time is the Killer’ is] about impermanence, our futile attempts at avoiding it and the bittersweet outcome of everything changing all the time,’ Rain Phoenix told Rolling Stone when the song was released earlier this year. This is Rain’s first single as a solo artist, and the song, whose title already tells the whole story, appears on a double A-side single featuring a pair of unreleased songs by Aleka’s Attic, the band of her late brother River Phoenix, who died 25 years ago. Of course, her other brother is actor Joaquin Phoenix. Rain Phoenix will perform at Zebulon on June 26th.

Jesika Von Rabbit – ‘Palm Spring Livin’’: With her eccentric dancefloor, which could have a touch of Madonna meets Devo meets Nina Hagen, Jesika Von Rabbit, queen of the high desert, is ready to electrify your hot summer nights with this gritty psychedelic piece of desert rock, surrounded by go-go dancers wearing bunny ears. The song comes from her album ‘Dessert Rock’, a collection of songs she calls ‘more colorful’, ‘more artsy’ and ‘fruitier’ than the very male, desert rock sound à la Kyuss. Jesika Von Rabbit will perform at the Redwood Bar on June 27th.

Dido – ‘Hurricanes’: The nostalgic song, which features Dido’s very recognizable vocals, is an electro-pop slow burn, filled with surprising shifts and gradually building layers of instrumentation. It brings you in the eye of an expansive hurricane-like soundscape mid-song, before vanishing toward calmer horizons with Dido’s only voice. It’s a bit lonely and dreamy, while the pulsating guitar behind Dido’s pure vocals opens an electronic dancefloor with some oceanic spray. The song comes from the British singer’s fifth studio album, ‘Still on My Mind’, her first release since 2013! Dido will perform at the Wiltern on June 25th.

Lou Doillon – ‘It’s You’: Featuring the great Cat Power, who provides her usual amazing background vocals, this track is from Lou Doillon’s last album ‘Soliloquy’, which was released earlier this year. The voices of both women complete each other to perfection, as Cat Power’s ghostly melancholic harmonies are echoing Lou’s broken and deeper vocals in the distance, bringing to the simple acoustic ballad plenty of emotions. Lou, who is the daughter of actress/singer Jane Birkin and French director Jacques Doillon, has a stronger voice than her mother or half sister Charlotte Gainsbourg, and she has already won a French Grammy for Female Artist of the Year in 2012. She will tour the US in support of her multi-influenced new album with a stop at the Lodge Room in Highland Park on June 28th.