FIDLAR With Tropa Magica At House Of Blues Anaheim, Friday May 31st 2019 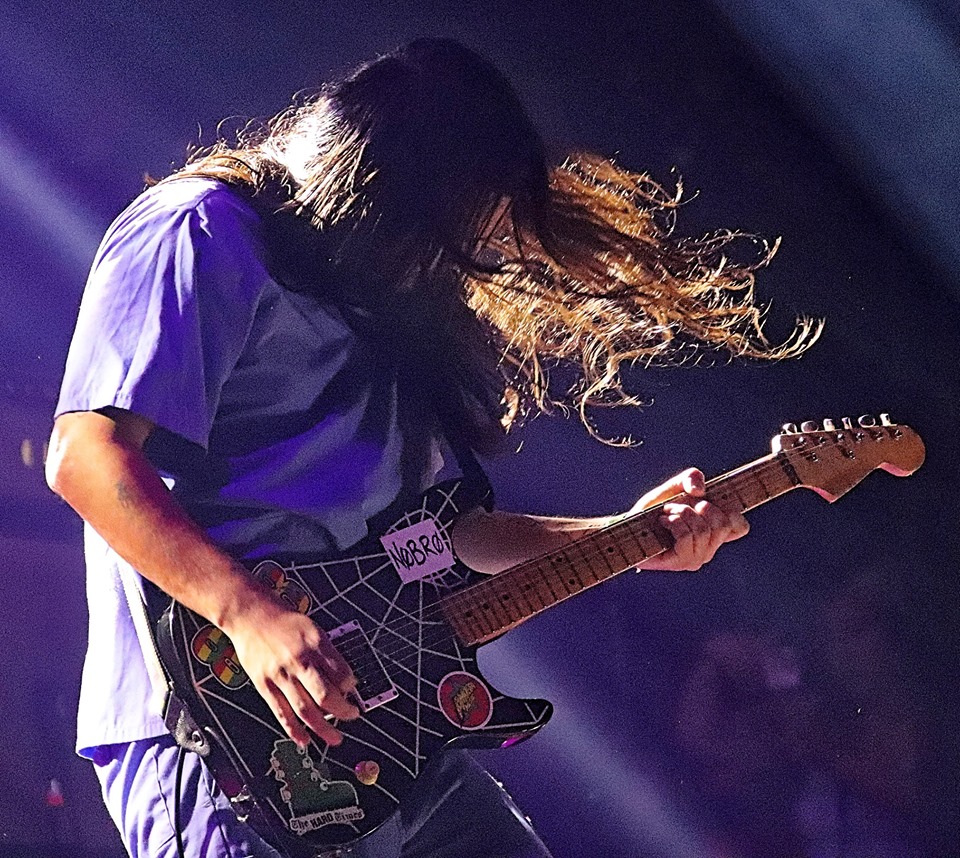 I can proudly say that I have been following FIDLAR since the beginning of their career, I saw them at the Echo when there were only 10 people in the room, so I am truly enjoying their success: it’s a nice satisfaction, a good feeling, and I bet can say I knew them before you did… And seeing them again at Anaheim’s House of Blues on Friday night, just across the street from Disneyland, showed that nothing has changed: Zac, Elvis, Brandon, Max are still these unpretentious good-humor guys, ready to launch a cheap-beer-fueled mad party.

Tropa Magica, which used to call themselves Thee Commons, were the perfect opener for FIDLAR, they were fun and appealing to the Latino crowd or anyone with good taste in music. Their punk psychedelic cumbia was such a joyful toe-tapping trip, making every bone of your body move along these infectious bass lines. They put on a great set, a stomp carnival, a festive spell with hypnotic grooves haunted by David Pacheco’s ferocious growl, and at each song, the band seemed to have captured a new side of the tribal and ethnic sounds of East LA – where the two Pacheto brothers were born and raised – to transform them into an exotic new genre, a rich amalgam incorporating flamenco clap rhythms and the distant echoes of a million of fiesta.

FIDLAR’s third album, ‘Almost Free’ was released at the beginning of this year and even though their sound has evolved and diversified since their hard-party days, the fun is intact and I had never seen as many shoes flying on stage than on Friday night.

There is indeed an eternal youthful exuberance embodied by a FIDLAR show, this recklessness, this don’t-give-a-fuck and carefree attitude has become a FIDLAR signature, screamed at unison by a crowd on fire, ‘Alcohol, Alcohol, Alcohol’ immediately followed by a song ‘about drinking beer’, yes, the one with the shouting chorus, ‘I drink cheap beer, so what, fuck you’… with this simple raw declaration, the crowd had already reached the magnitude 10 on the Richter scale – the House of Blues is located on the 4th floor, and 2,200 people jumping at the same time, can give you this impression.

It’s an understatement that FIDLAR doesn’t have to conquer a crowd, people arrived already trained to scream the lyrics at the top of their lungs with the unrestrained enthusiasm of a herd of young puppies, while crowd surfing as if there was no tomorrow, losing shoes, soles, glasses and other paraphernalia in the process. In any case, FIDLAR’s lyrics are designed to be shouted with an ironic abandon: ‘But I got bills to pay, and I got pills to take/Cause I’m born and raised in the USA’ something that can make you cringe and laugh at the same time, always undecided between satire and truth. But I am not sure the crowd-surfer kids were truly paying attention to the lyrics at this moment, they were too happy to have a thrilling time – the pit was very wide for these neck-breaker stage divers – and nothing could have stopped them. This is the deal during a FIDLAR show, repeatedly encouraged by frontman Zac Carper telling everybody that the Orange County crowds were much better than those hipsters in LA, and truly better than these lame San Diego crowds… Then finally killing it by declaring we were so much better than the East Coast! Carper obviously plays the party preacher, almost doing all the talking, and still embodying the live-fast-die-young animal in the house.

Punctuating the show by his cute high-pitched  ‘Thank you!’, bassist Brandon Schwartzel was making a shoe tree around his mic with all the vans and converses landing on stage, meanwhile Zac and guitarist Elvis Kuehn were sharing the vocals and brother Max Kuehn was sweating behind his drumset on the far back of the large stage. ‘This song goes to Amazon Prime’, Zac joked before ‘Drone’ a pure rock number with the appropriate wild guitar solos and a heavy dose of stage trashing, soon followed by ‘Chinese Weed’ which was dedicated to ‘the true fans’, meaning all the people in the room? Starting on a calmer not, ‘Good Times Are Over’ was played live for the first time, making Zac read the lyrics from a sheet, with the guitars getting grungier than before and even a sincere Green Day vibe.

FIDLAR’s sound has obviously evolved since their punk-skate days, but the choruses are still very poppy although wrapped by an abrasive eclectic mixture of noisy psych-rock never leaving the band’s legendary party behavior far behind. ‘West Coast’ was a pure riot, ‘5 to 9’ a shameless romp, and ‘No Waves’ dedicated to Orange County, a drug party and the reason why FIDLAR exists ‘I feel, feel like fucking up my life’!

Over the course of three albums and a few singles, FIDLAR’s songs have always turned around the same themes, beer, drugs, alcohol, being broke, bad behavior, and auto-destruction with a Beastie Boys homage here and some pissed-off cowboy rage there, they want to party till the end with a-living-to-the-max dedication and songs made to be played loud while driving. It’s rarely very deep but it’s a visceral need even when Zac is singing about his new sobriety or regretting his party-as-a-lifestyle past. They are still punk to the core, unleashing mayhem and tumult at the first guitar tantrum, riding that skate punk wave till the end with a ‘Stoked and Broke’ grand finale. FIDLAR are a lot of fun, not afraid to still be trashing in their early thirties. And who would complain? Fuck it, dog, life’s a risk, and it’s too damn short to pass on the fun.

Alcohol
Cheap Beer
40oz. On Repeat
Coconut (Harry Nilsson cover)
By Myself
Drone
Got No Money
Chinese Weed
Can’t You See
Good Times Are Over
West Coast
5 to 9
Are You High?
Flake
Scam Likely
No Waves
Bad Habits 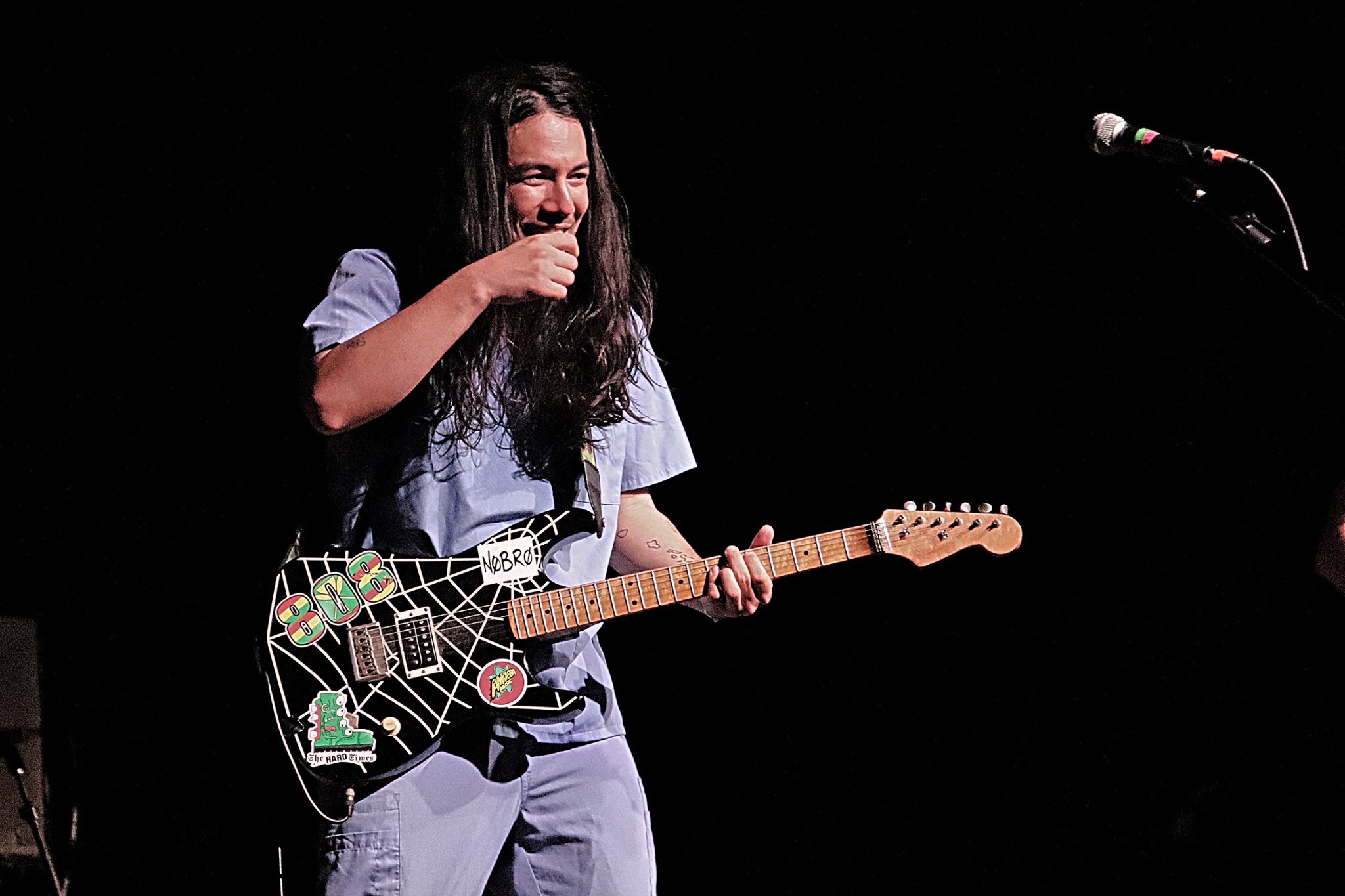 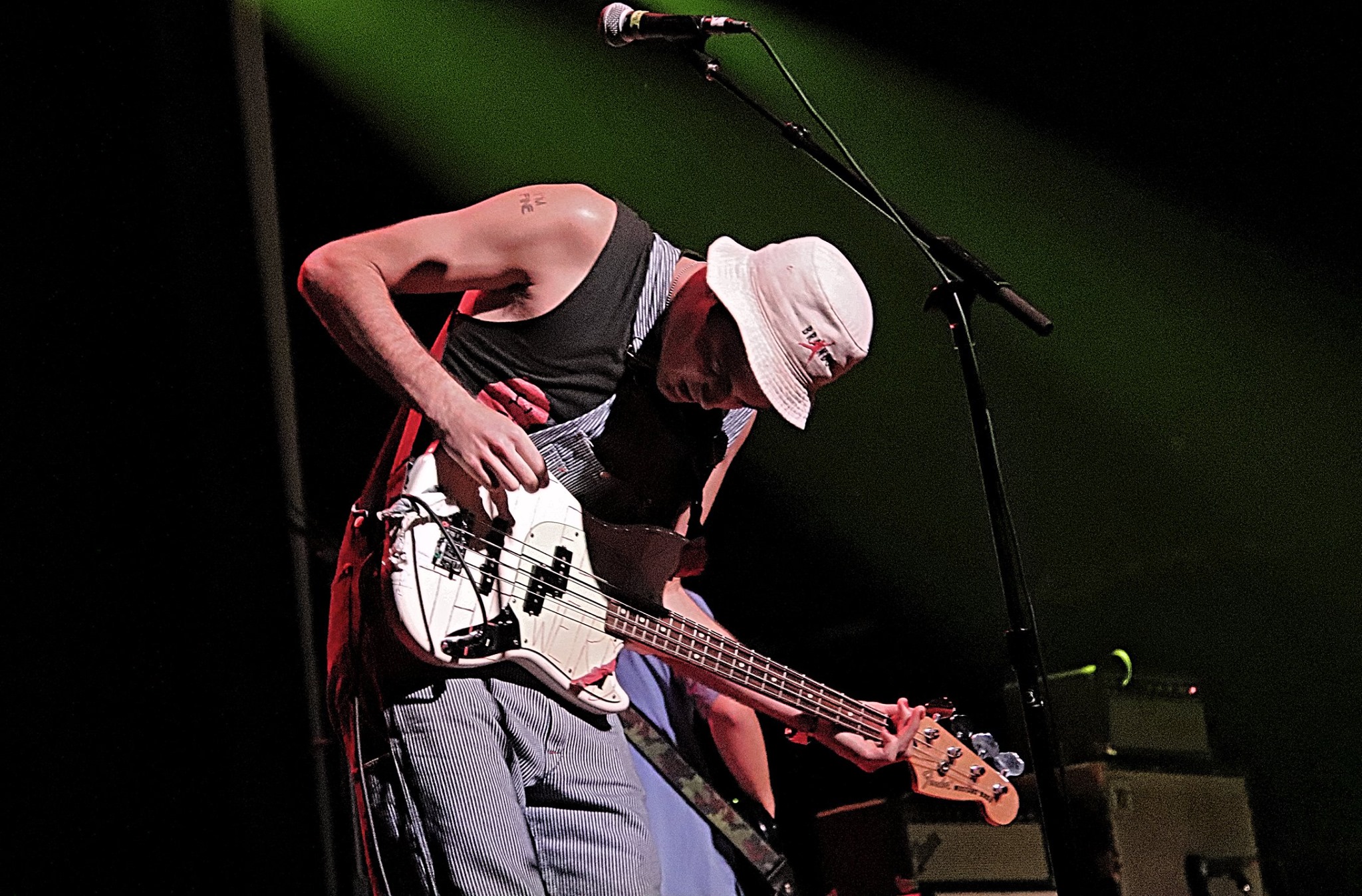 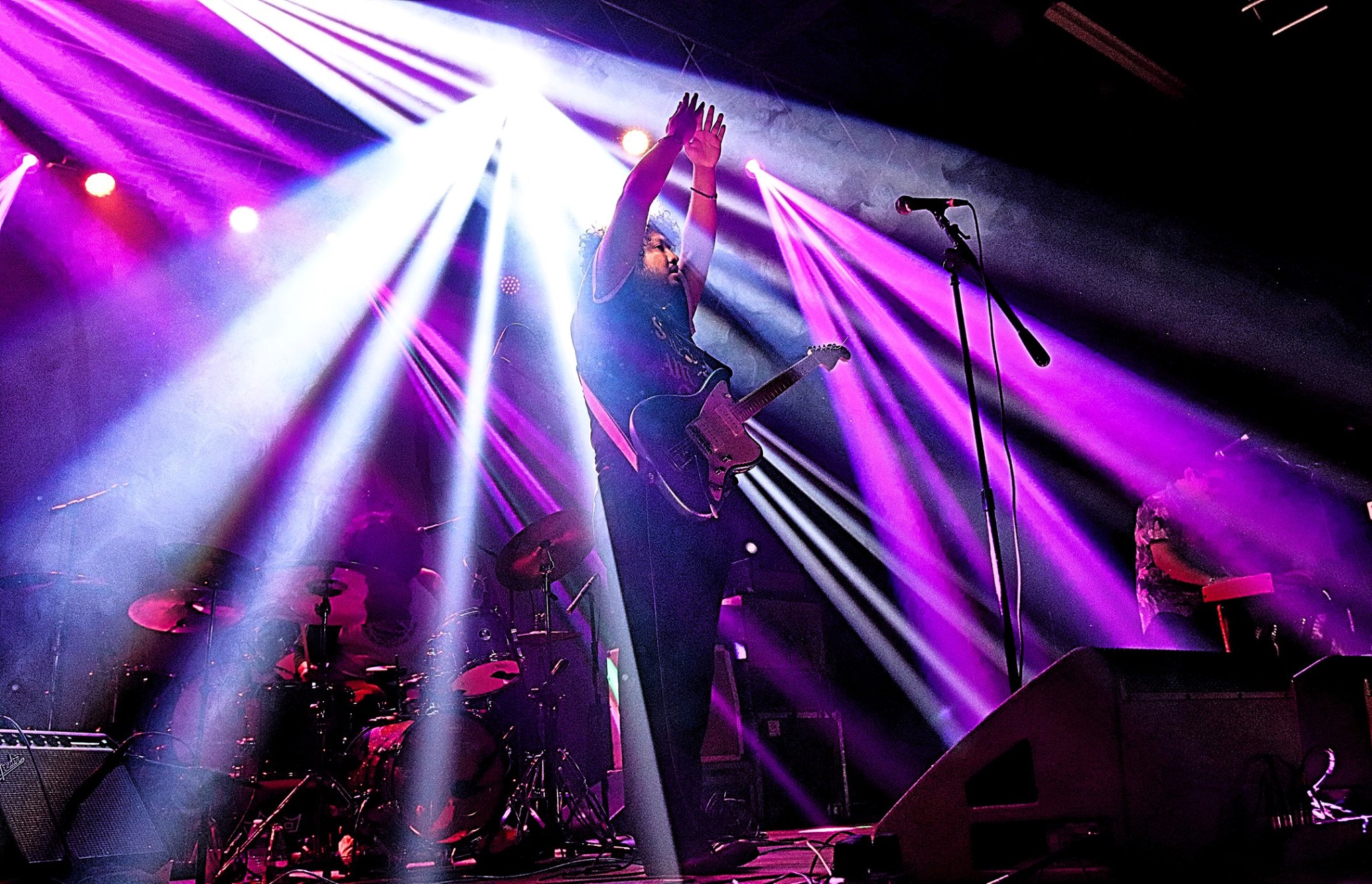 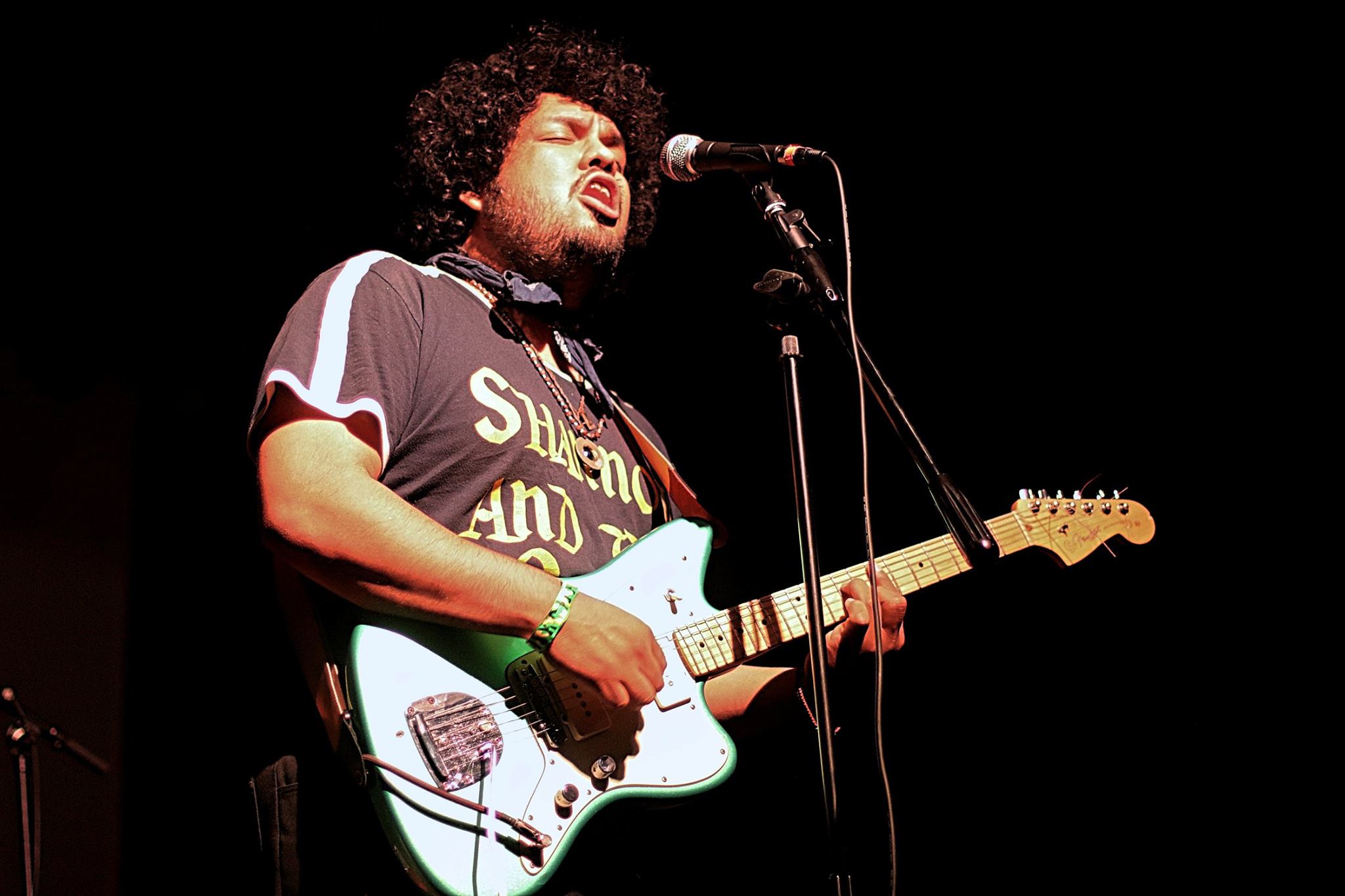 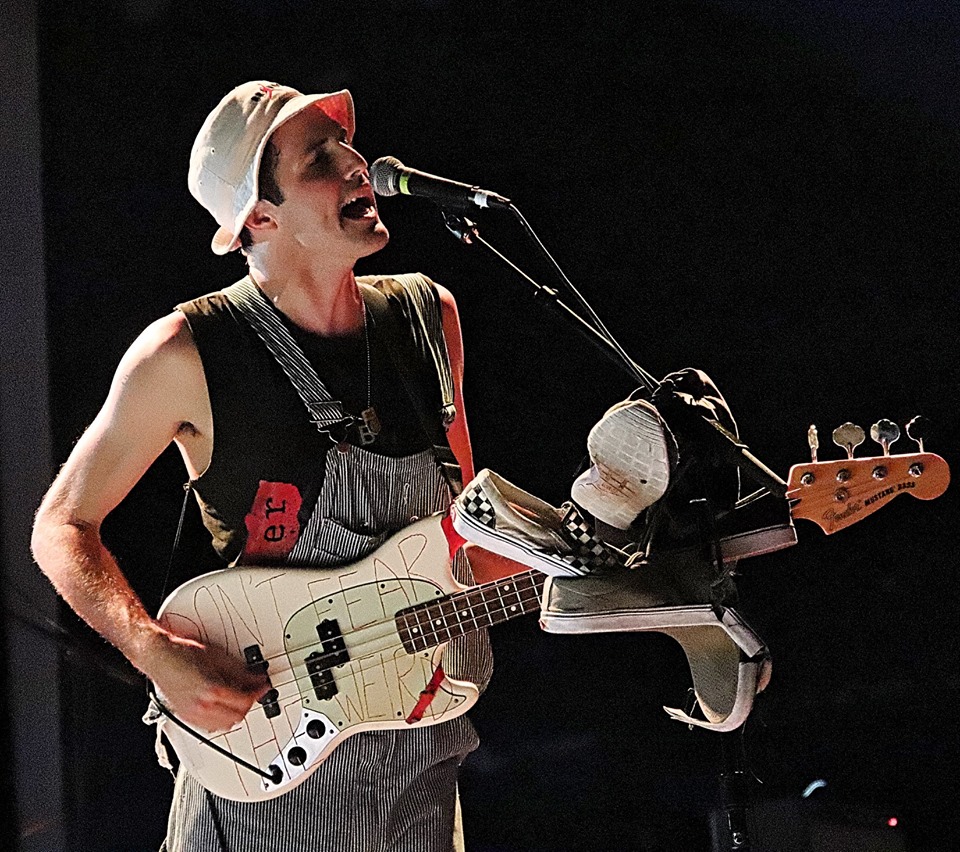 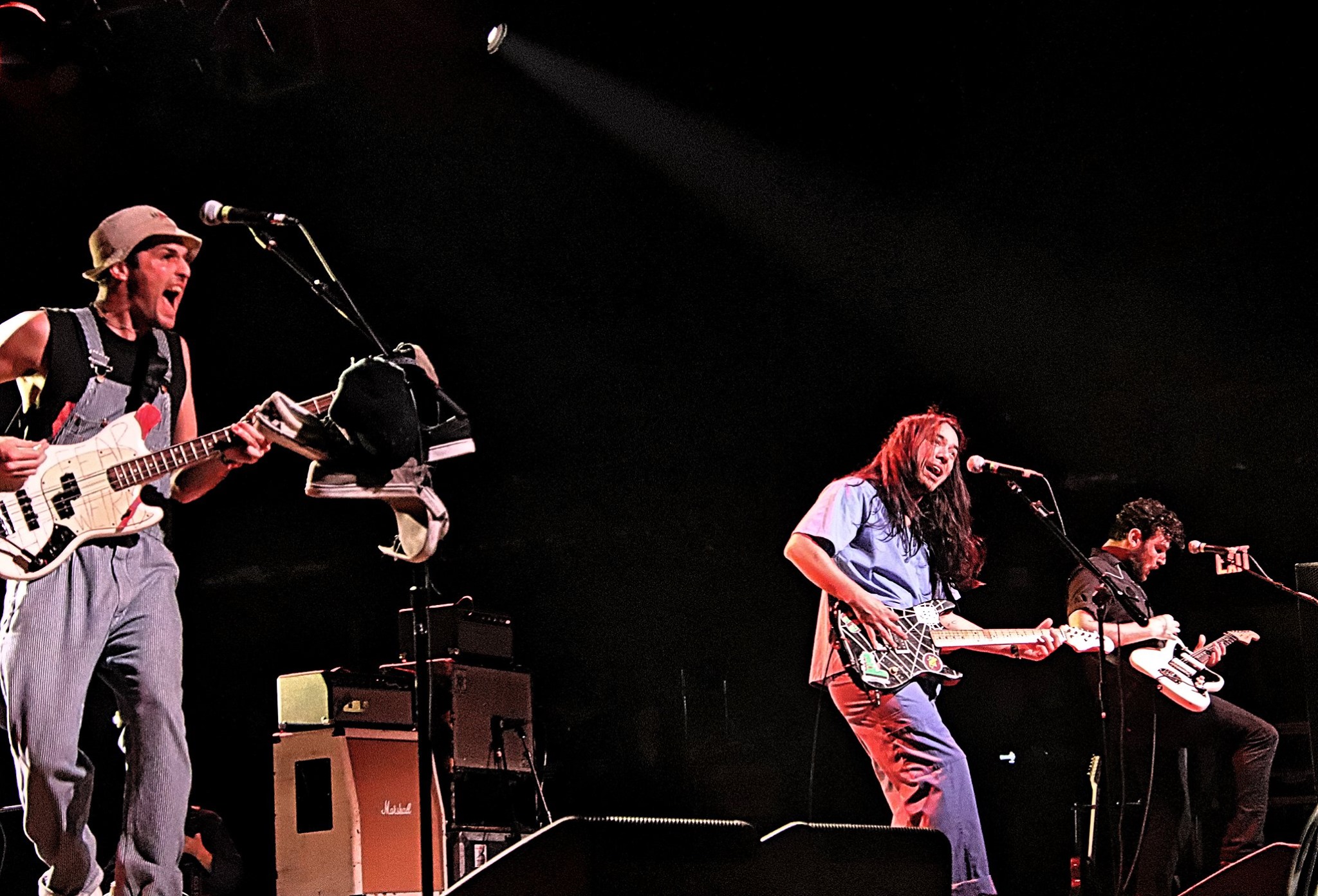 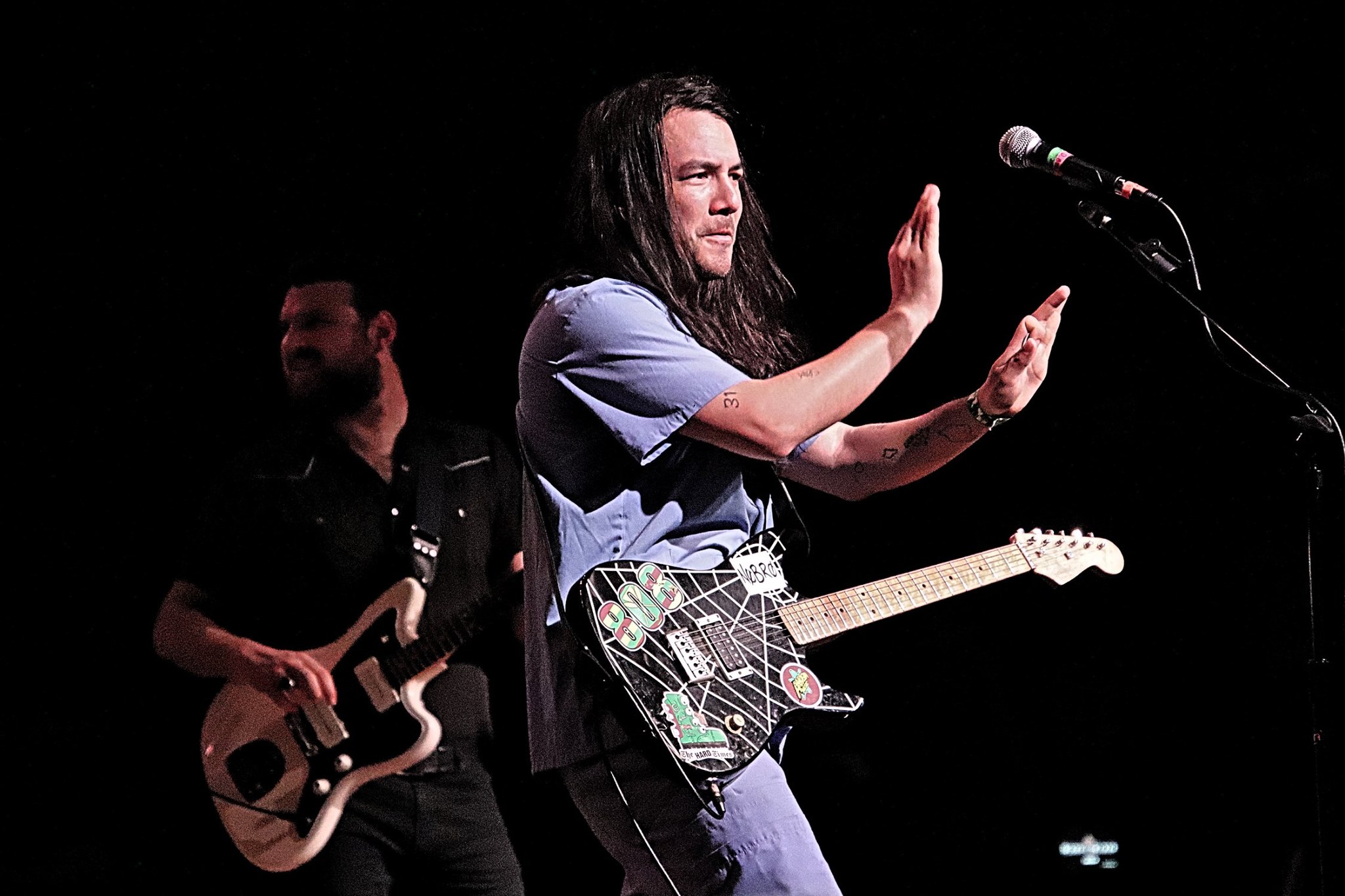 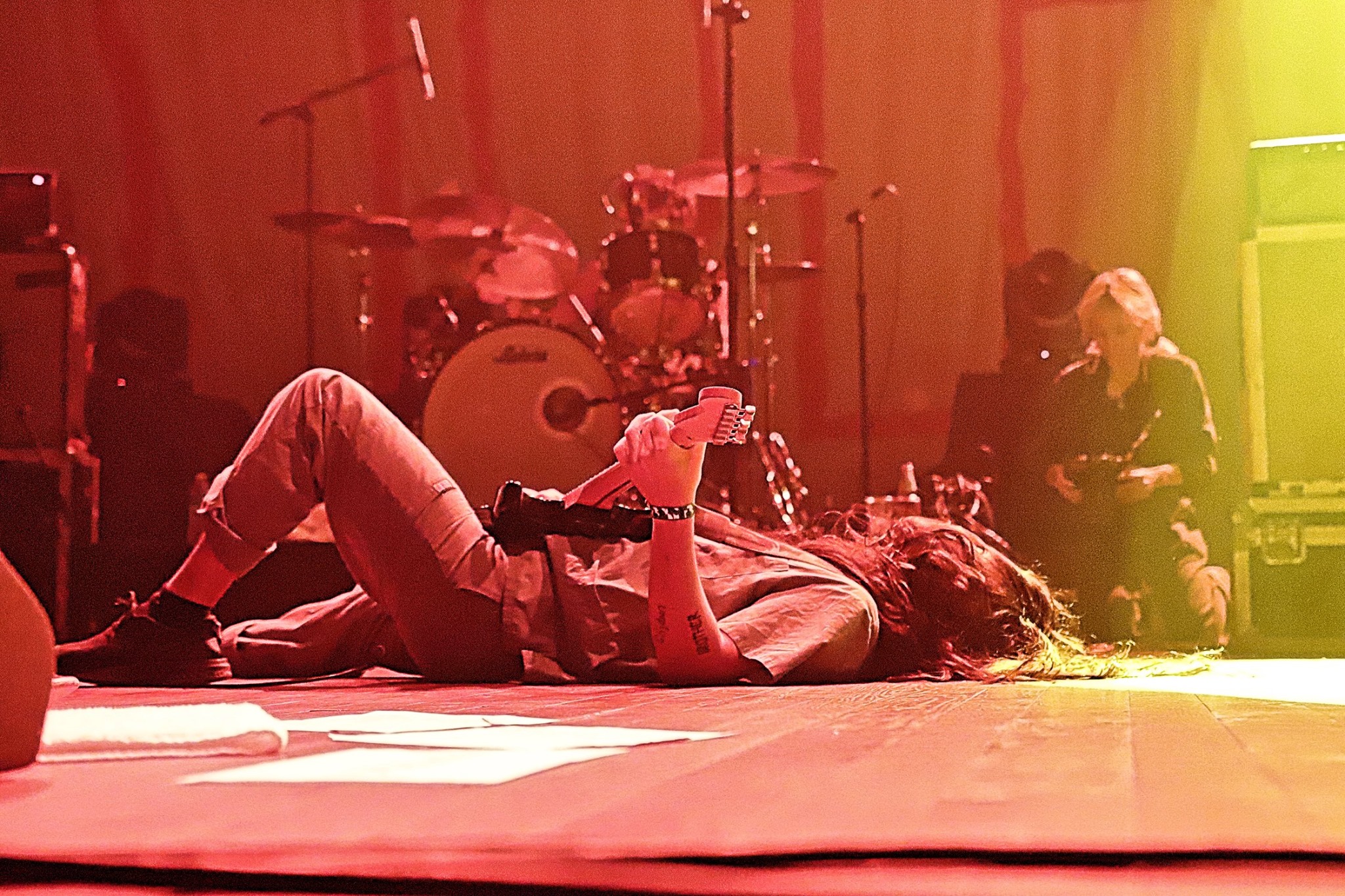 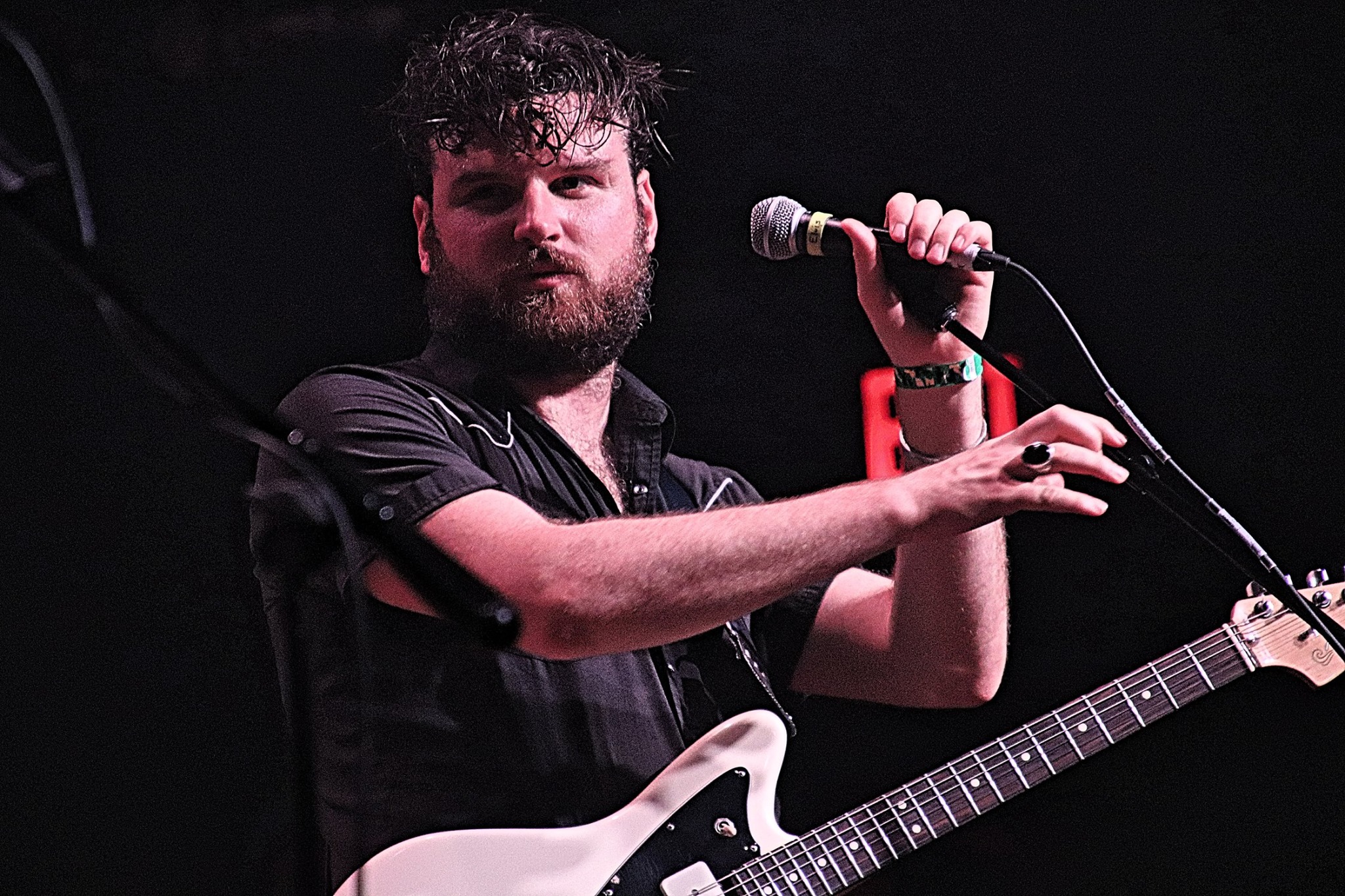 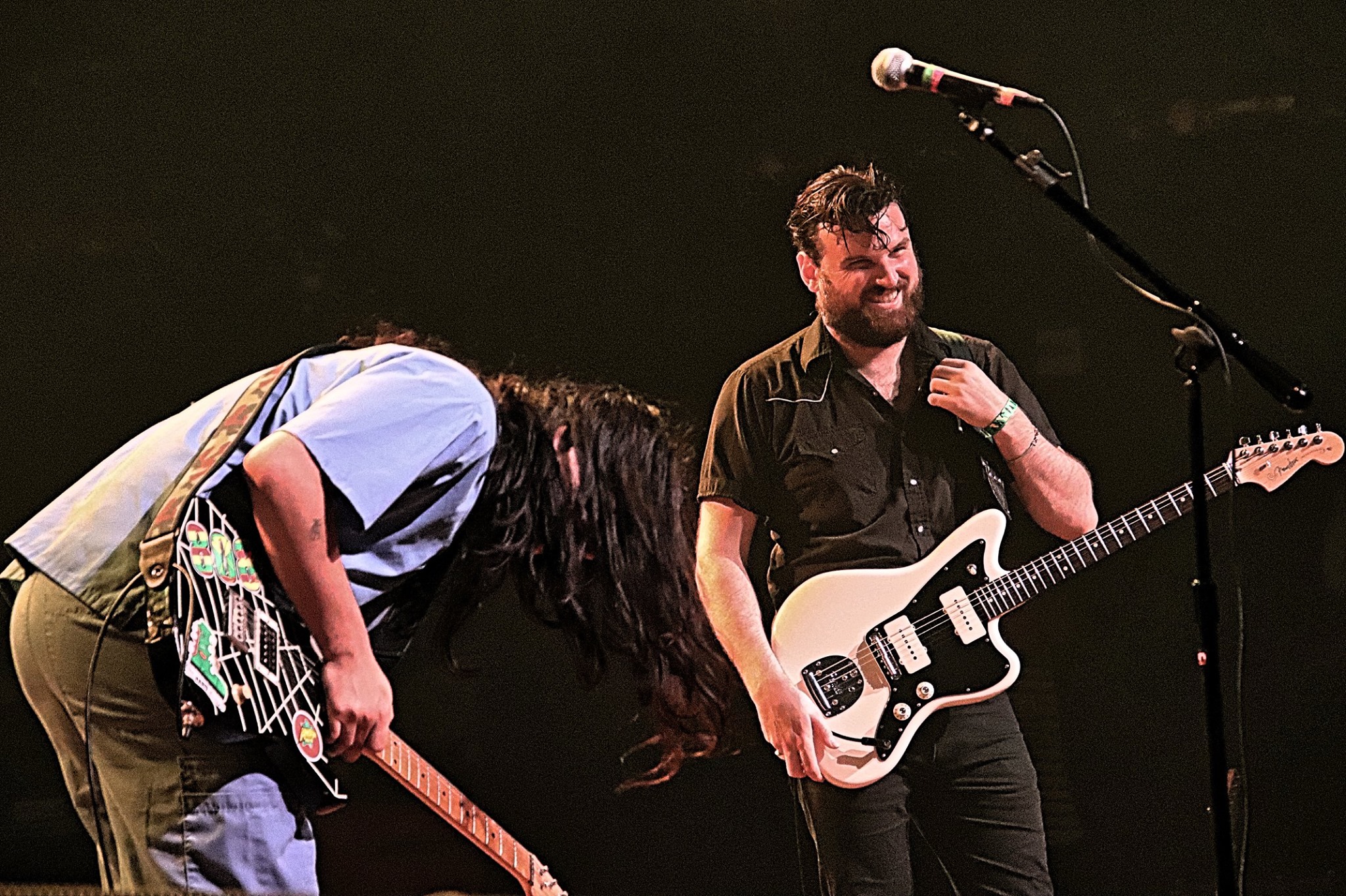 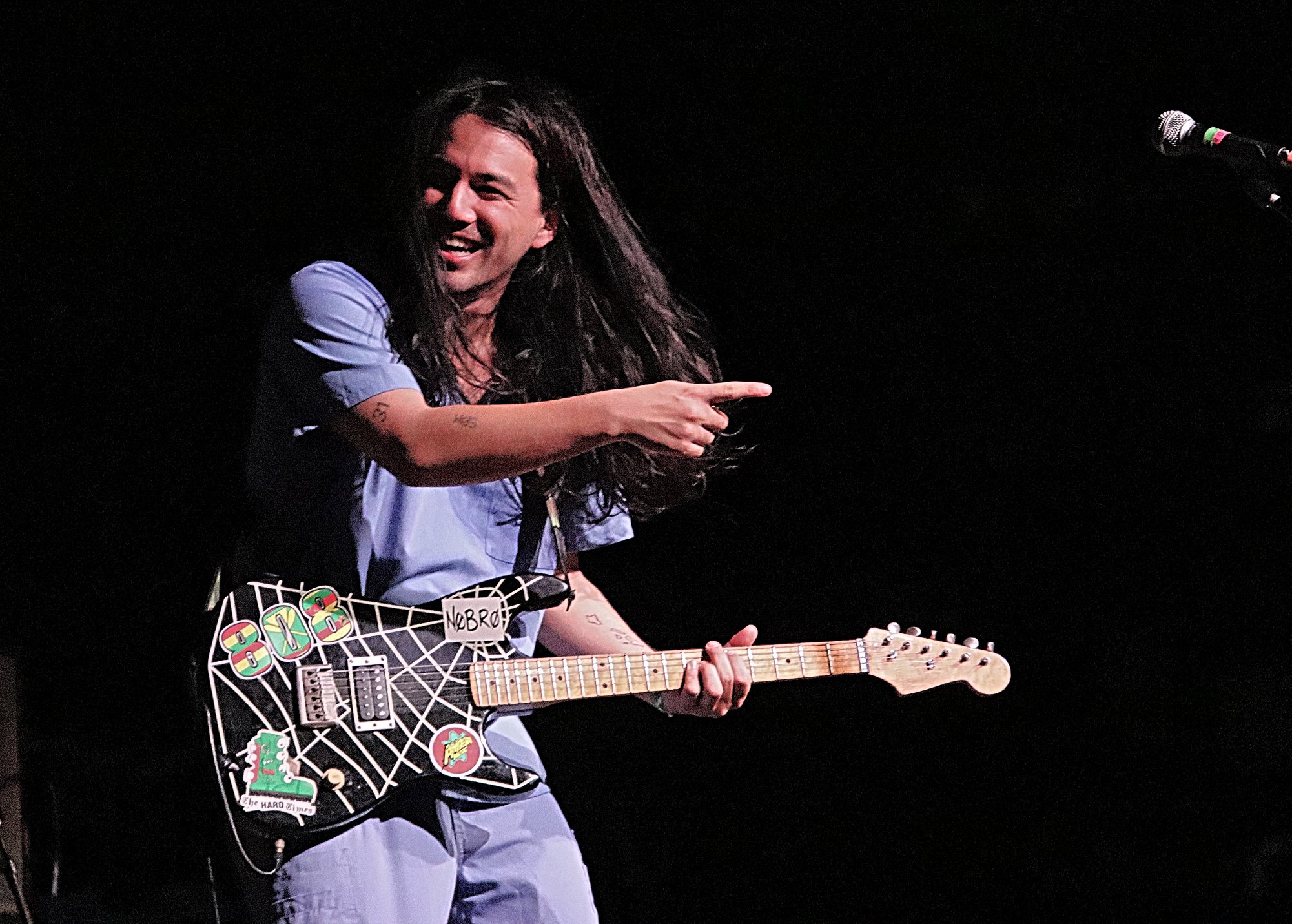 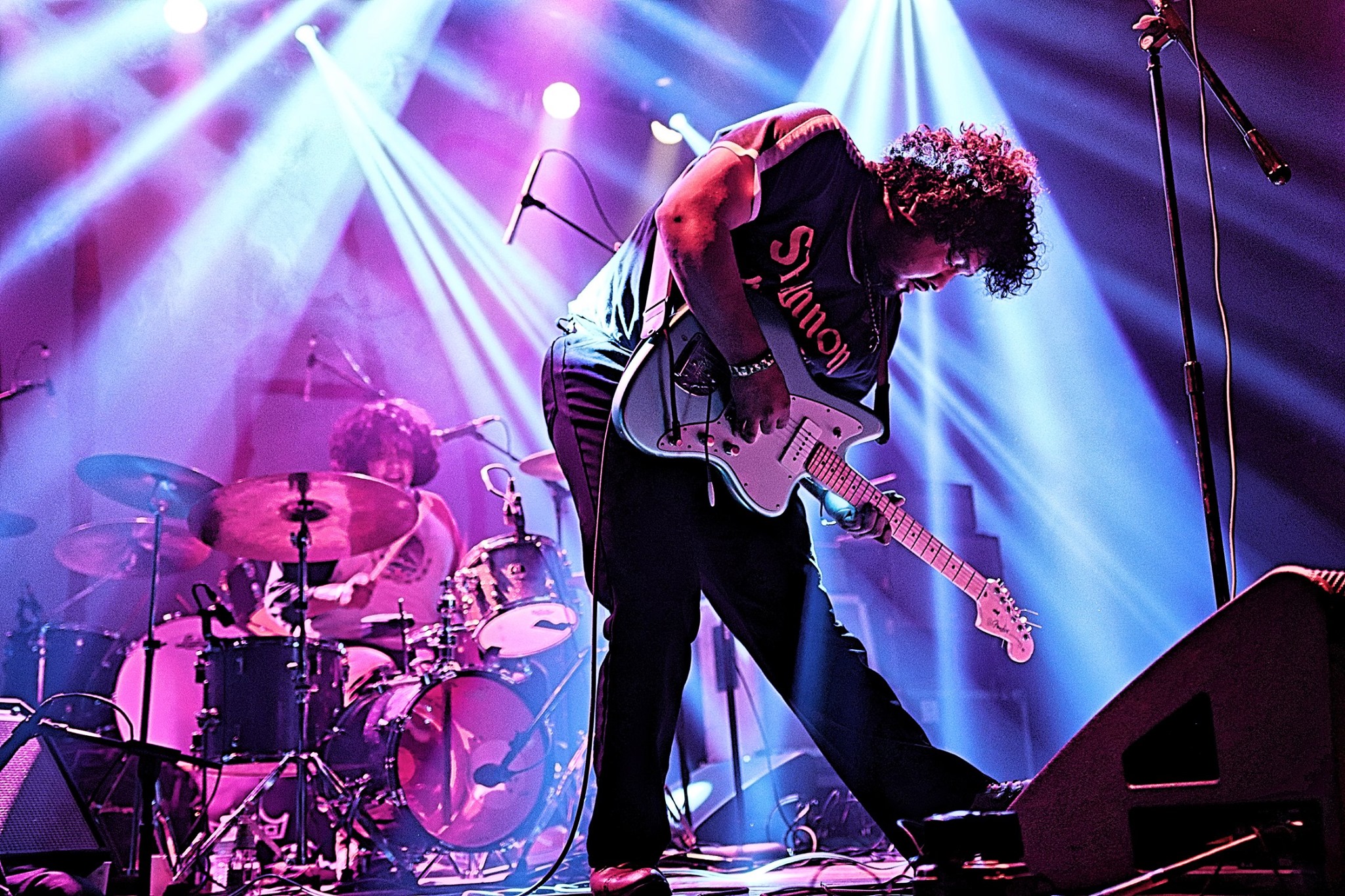 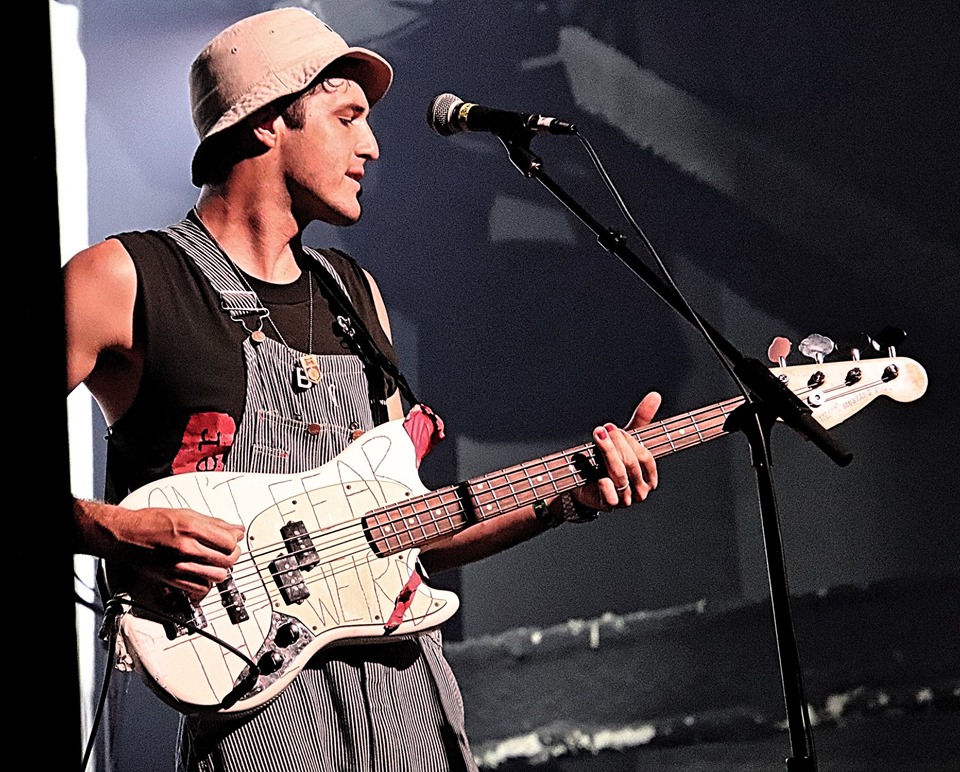 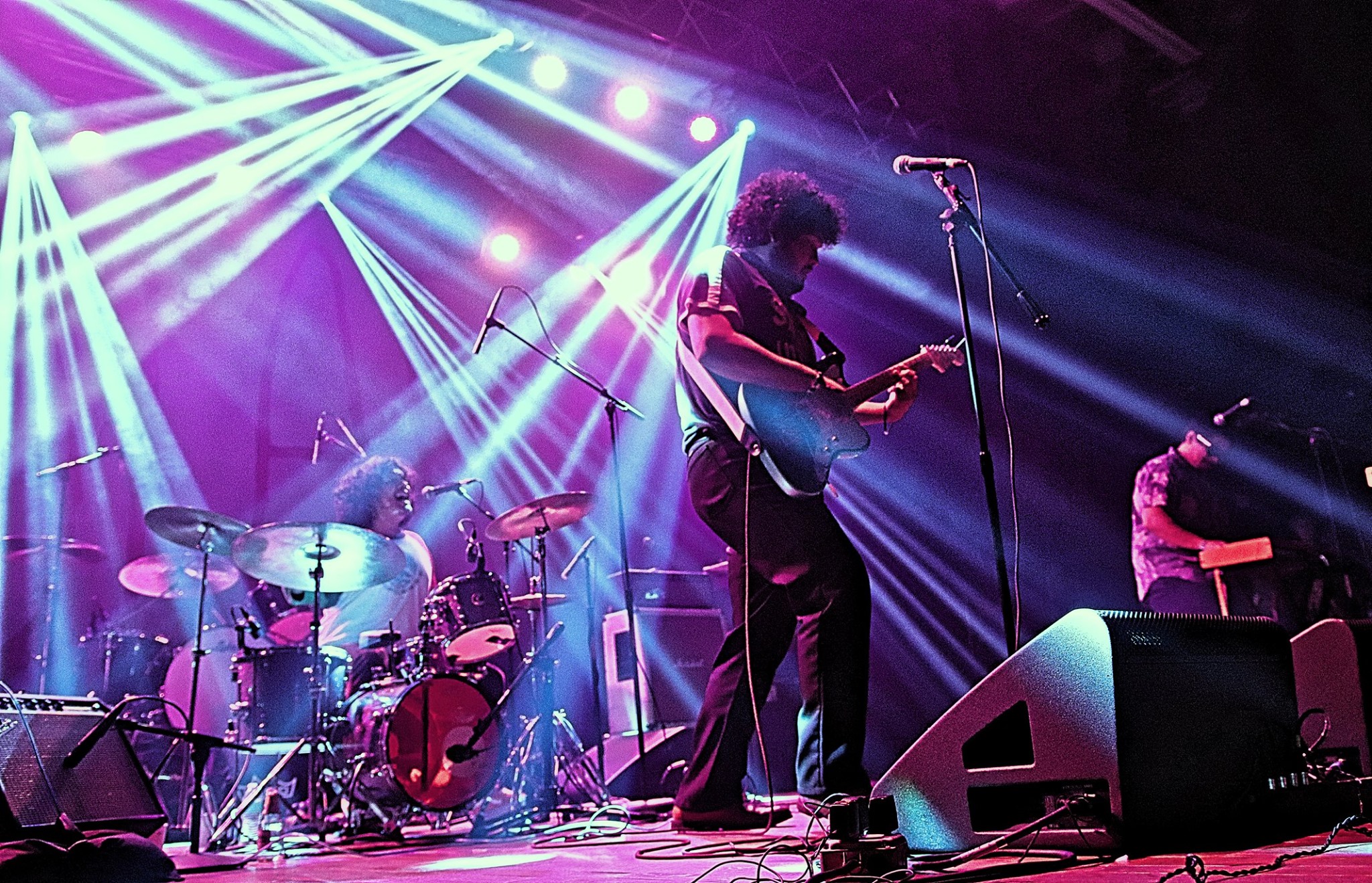 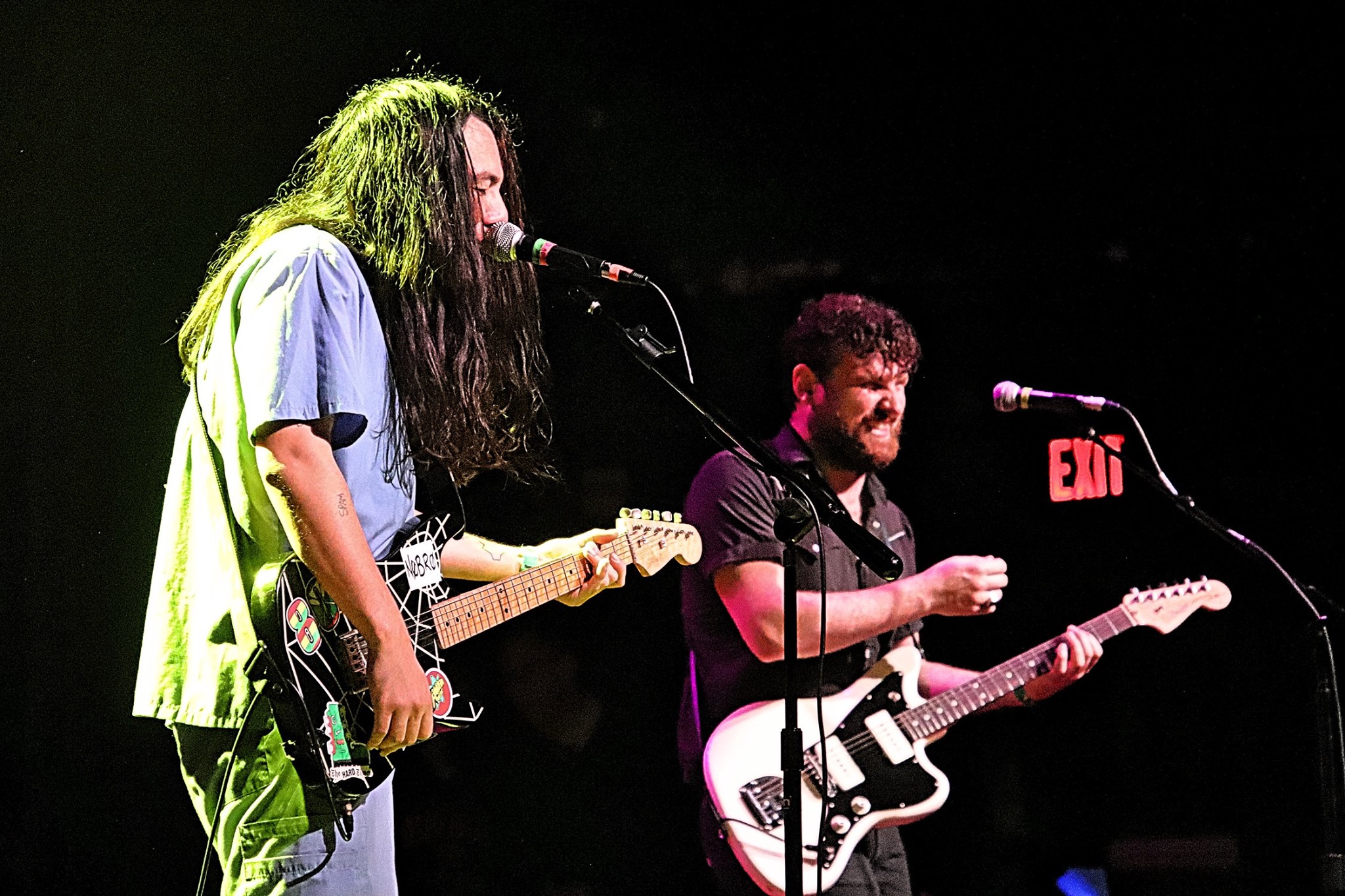 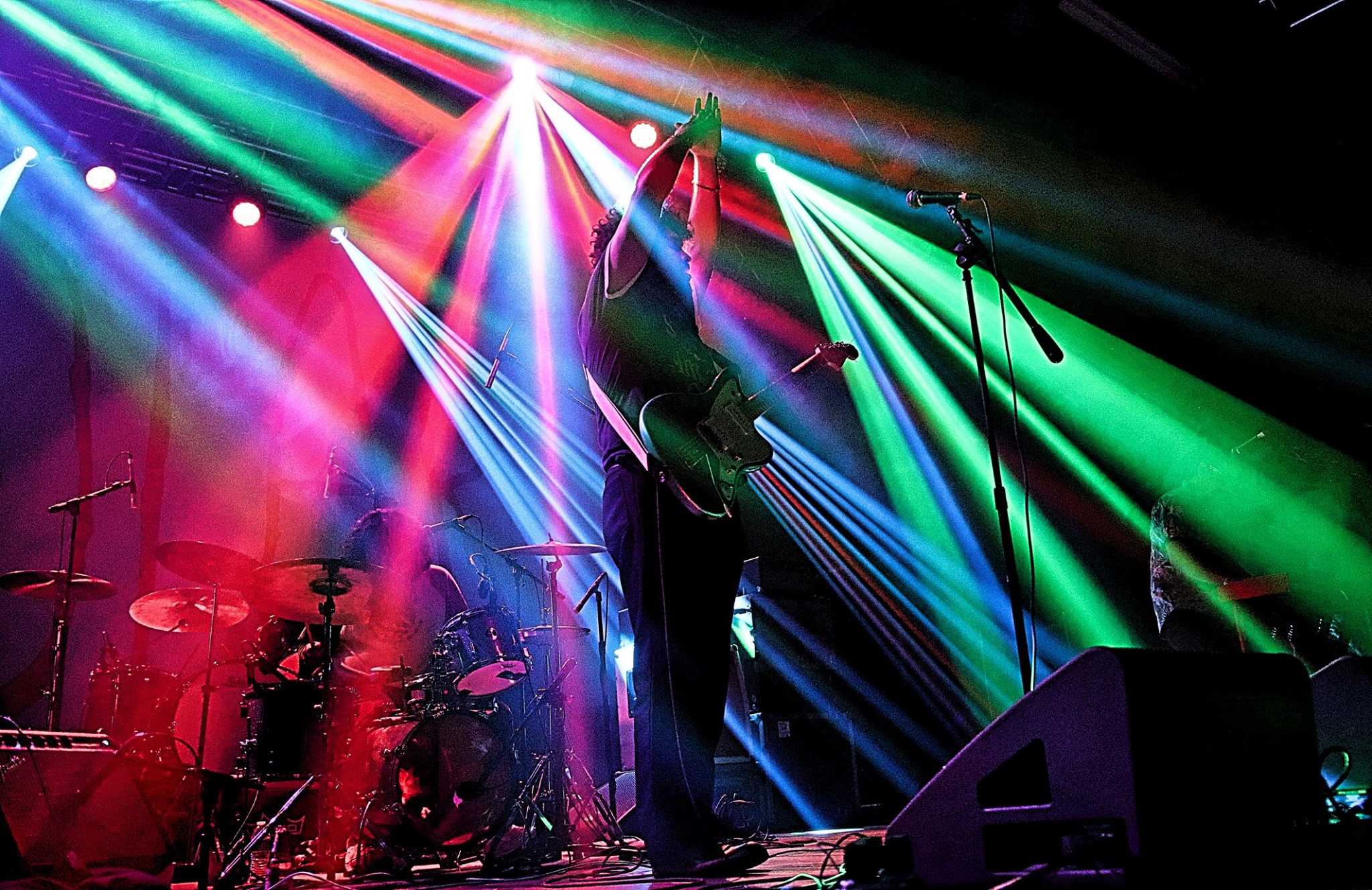 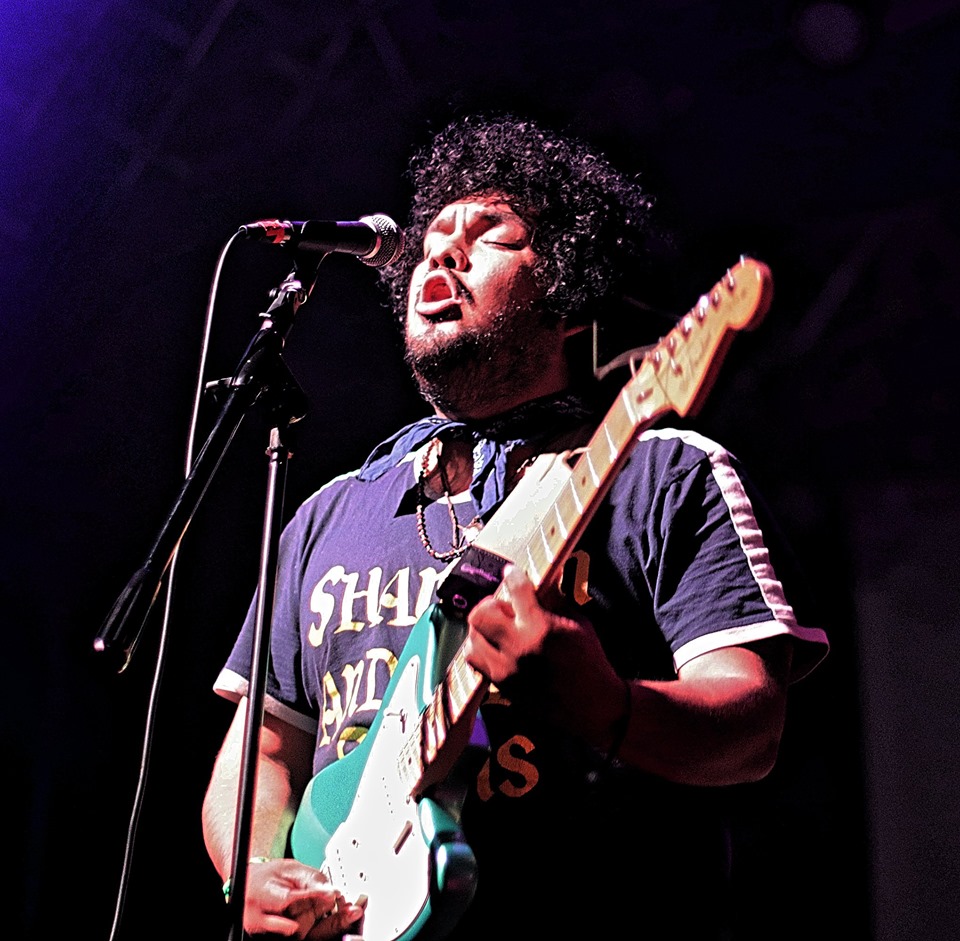 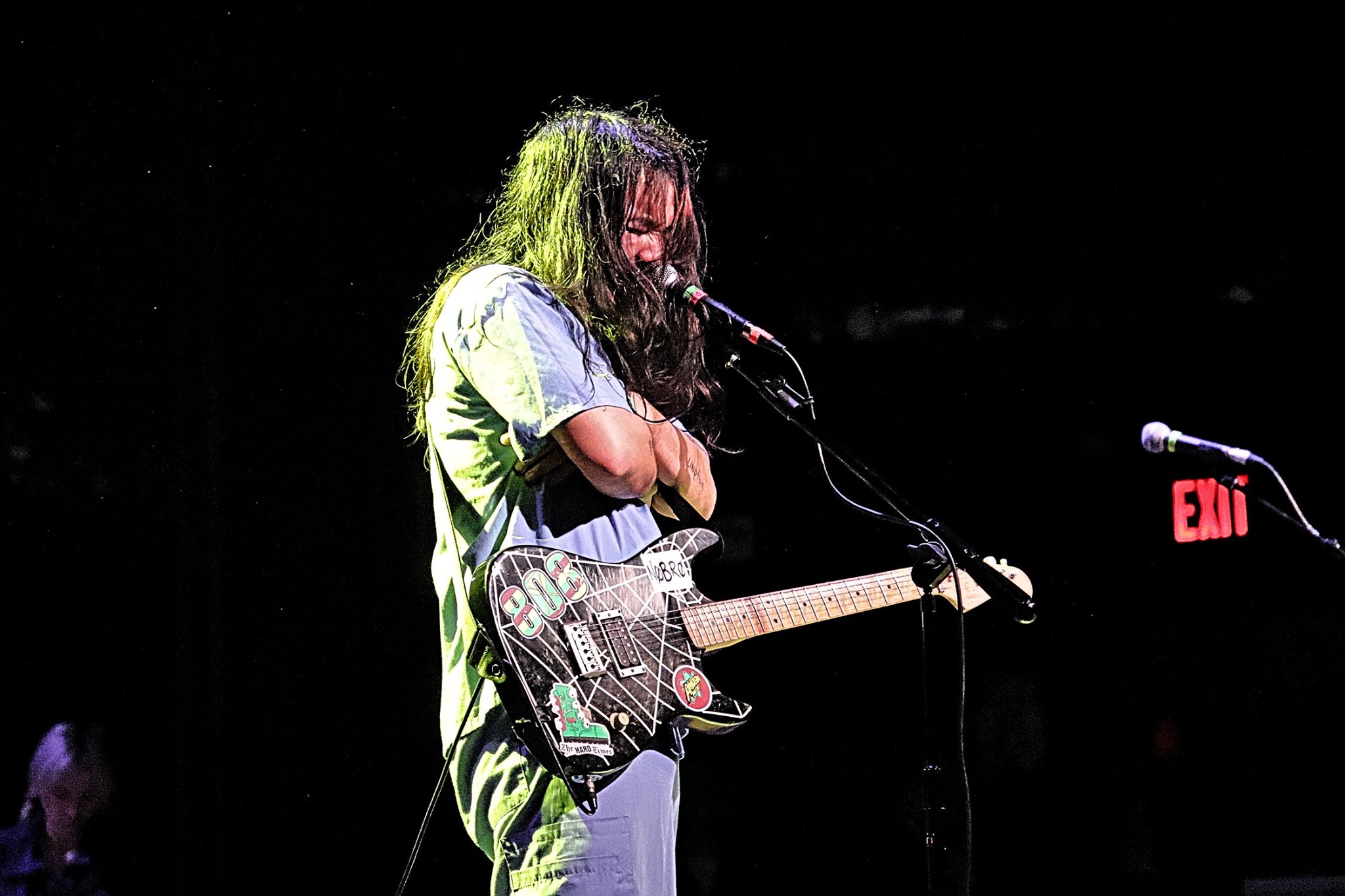 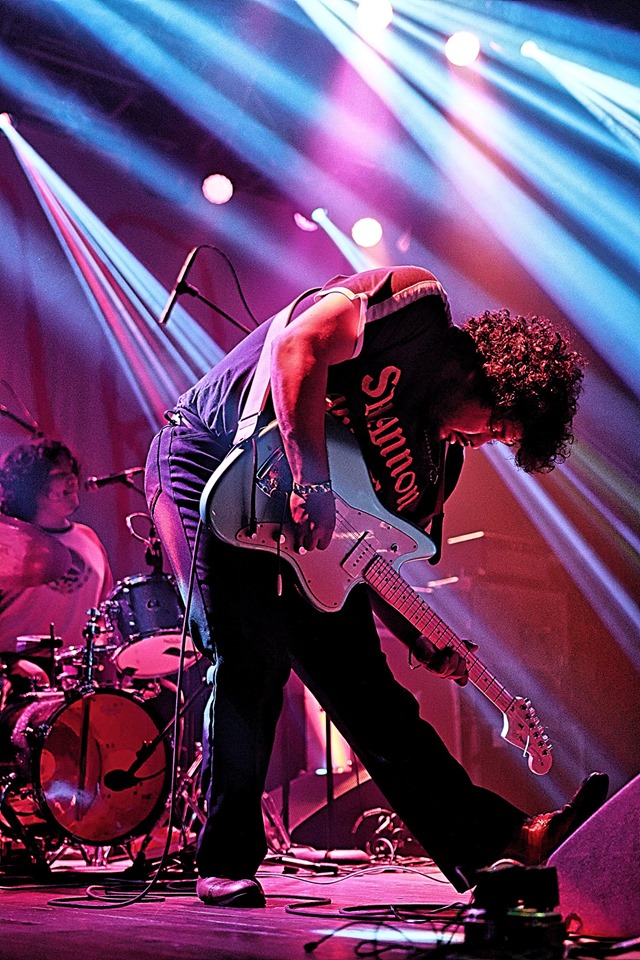 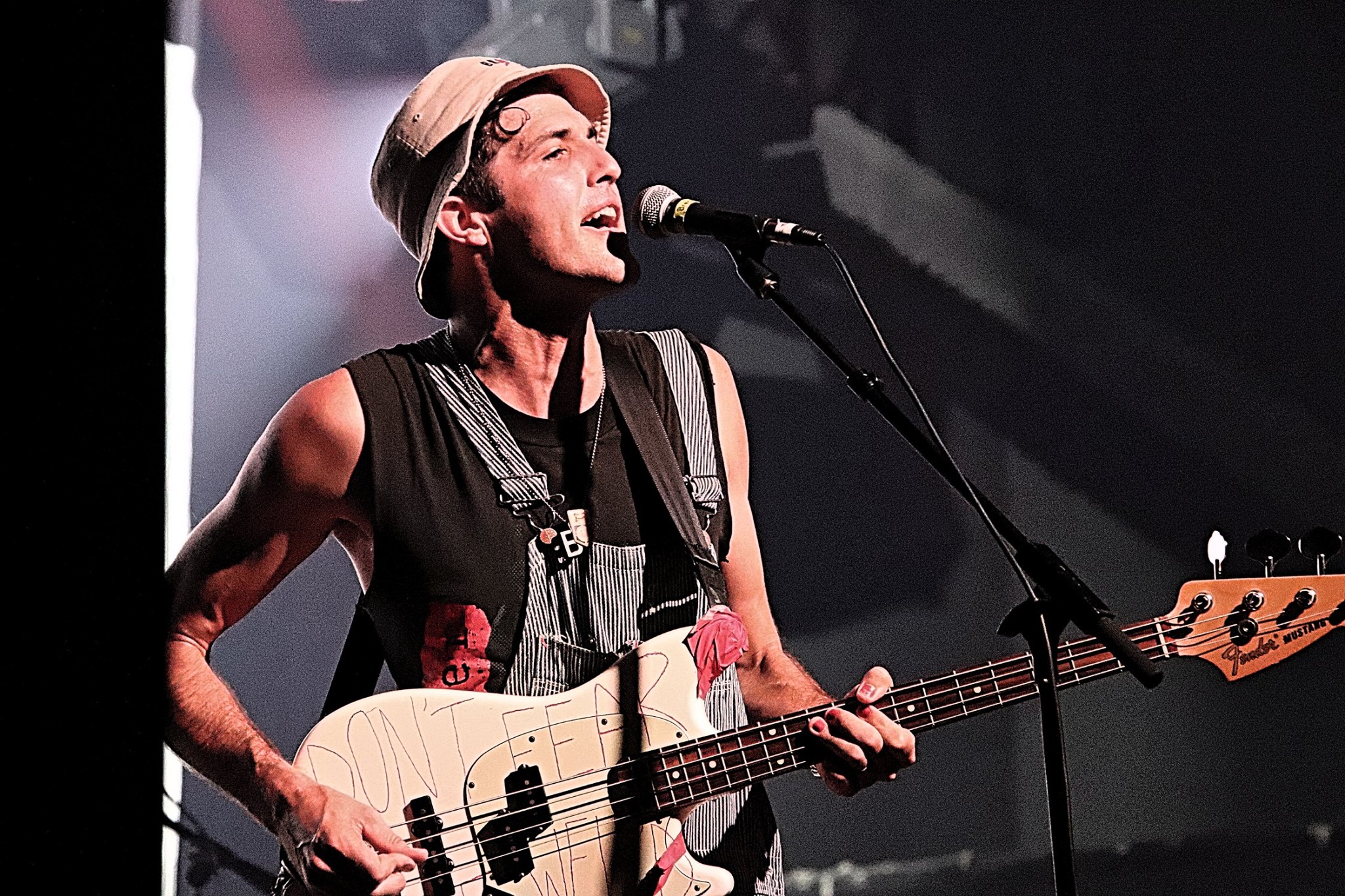 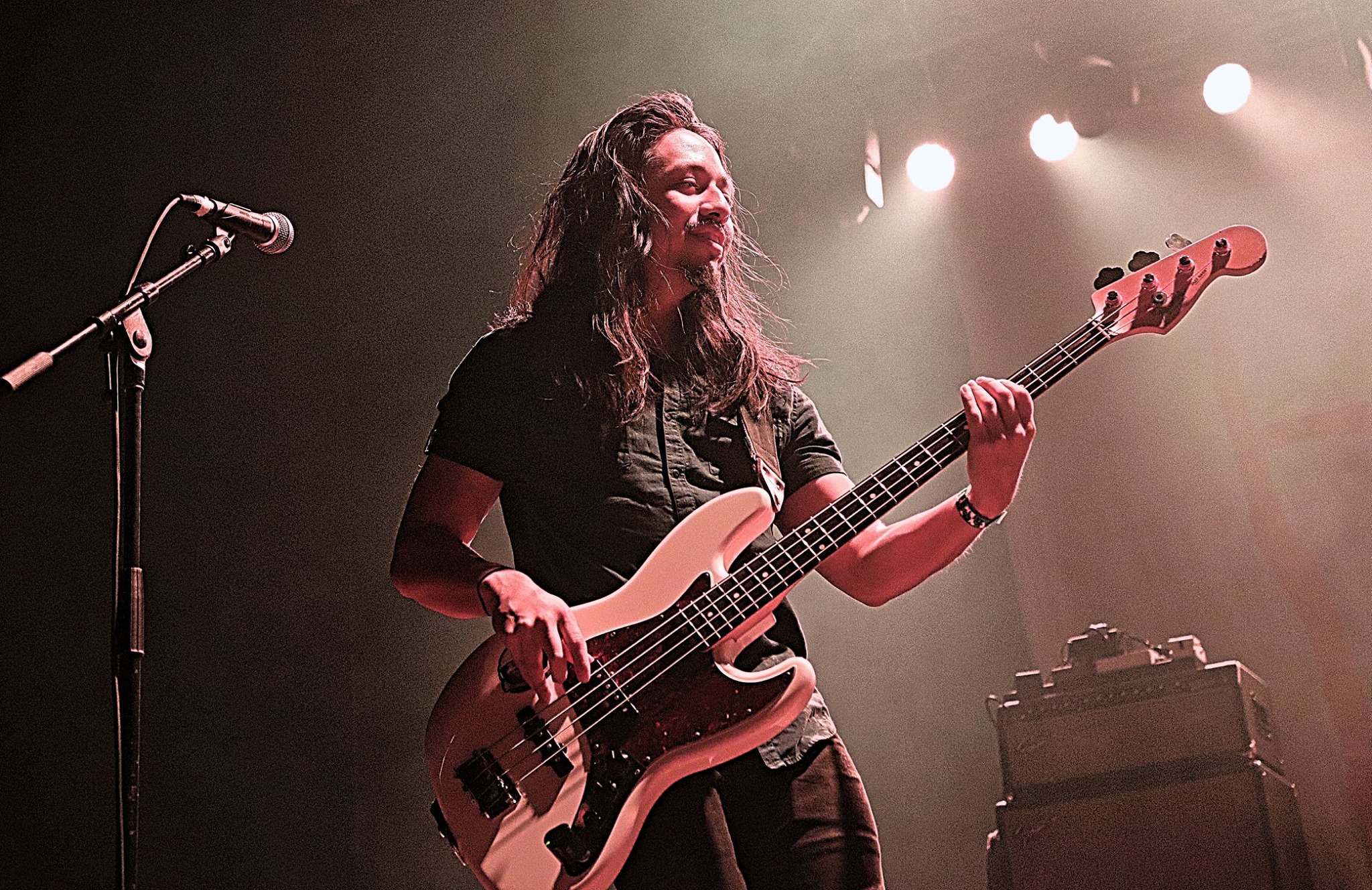 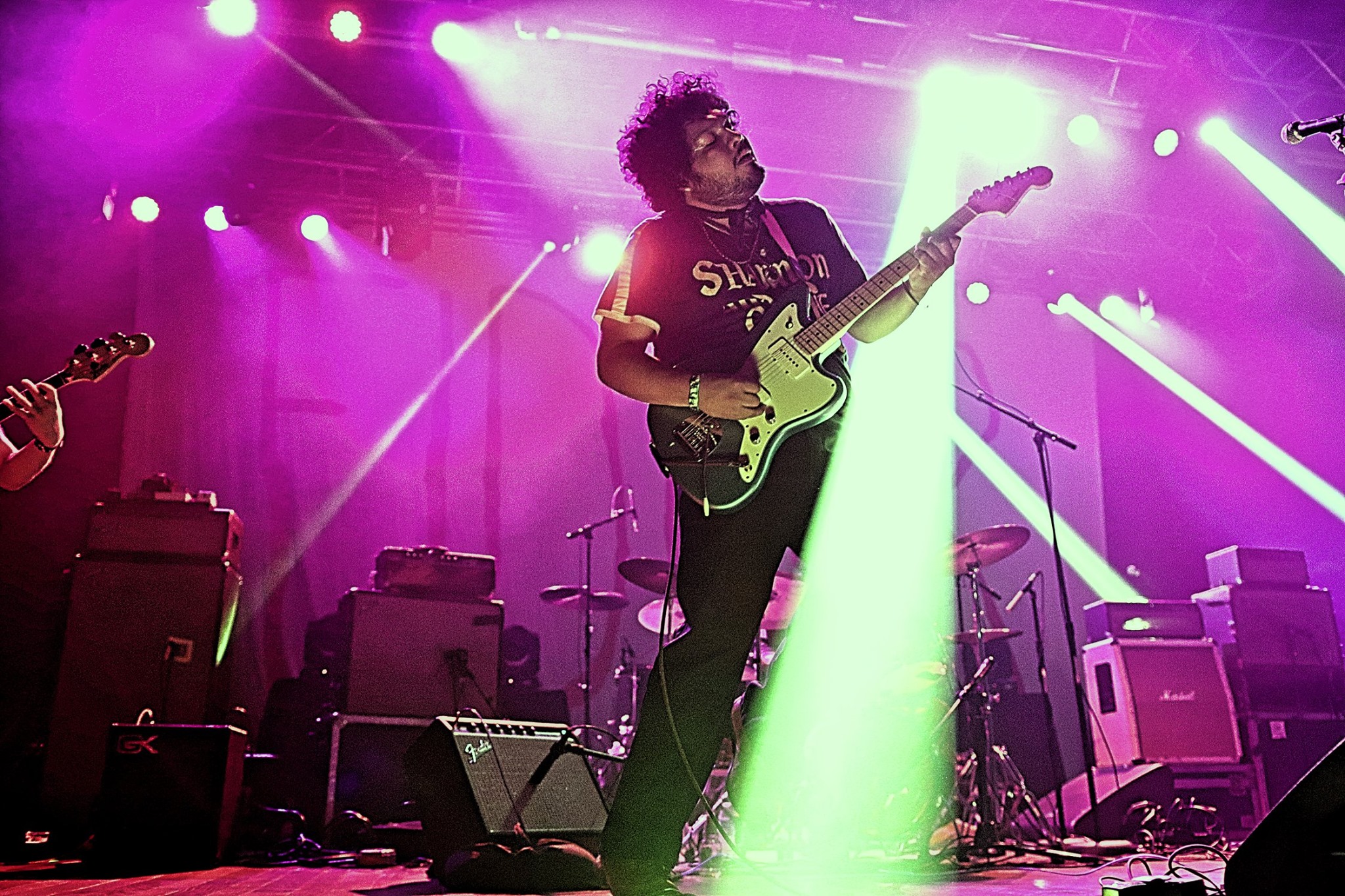 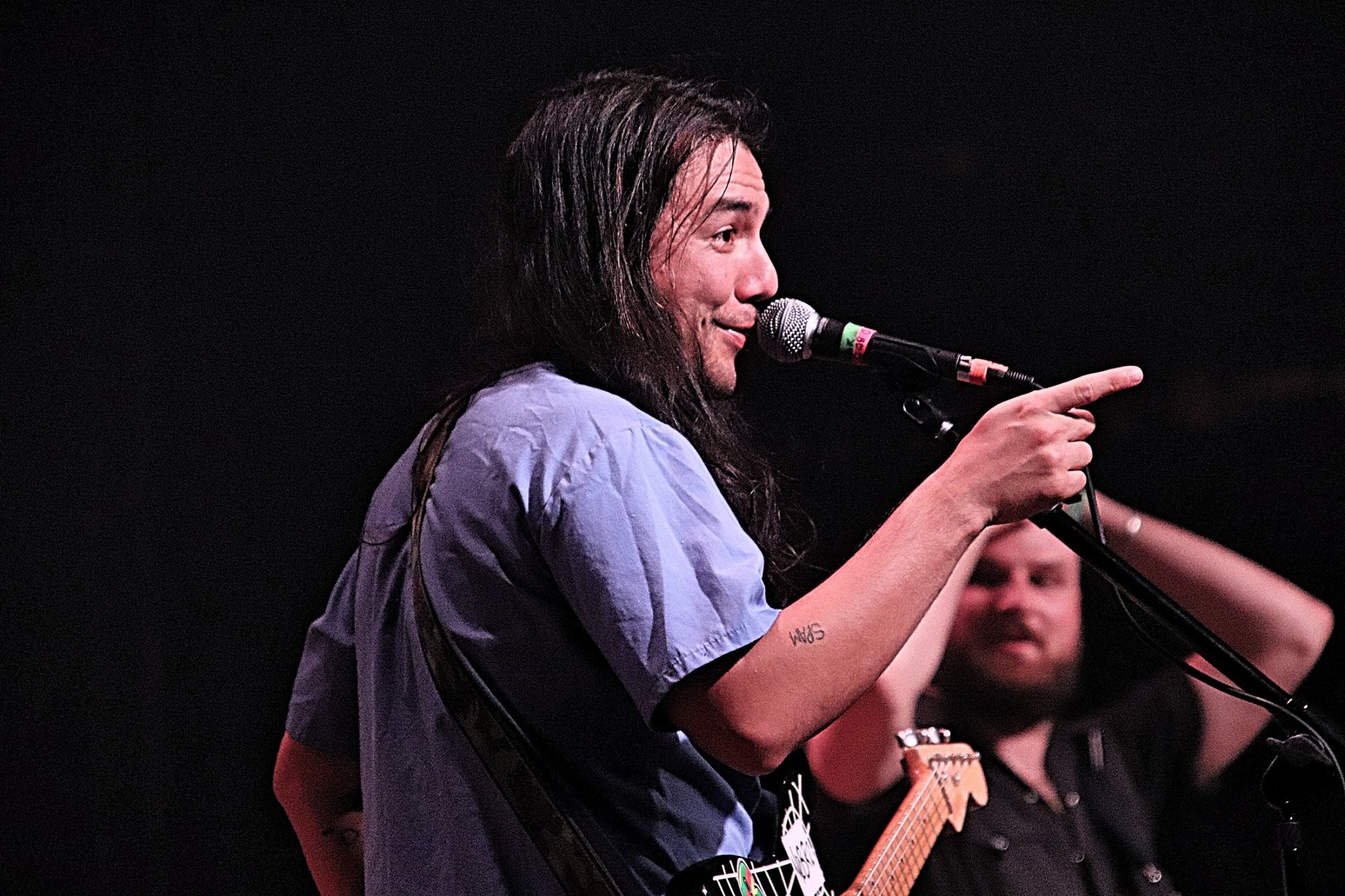 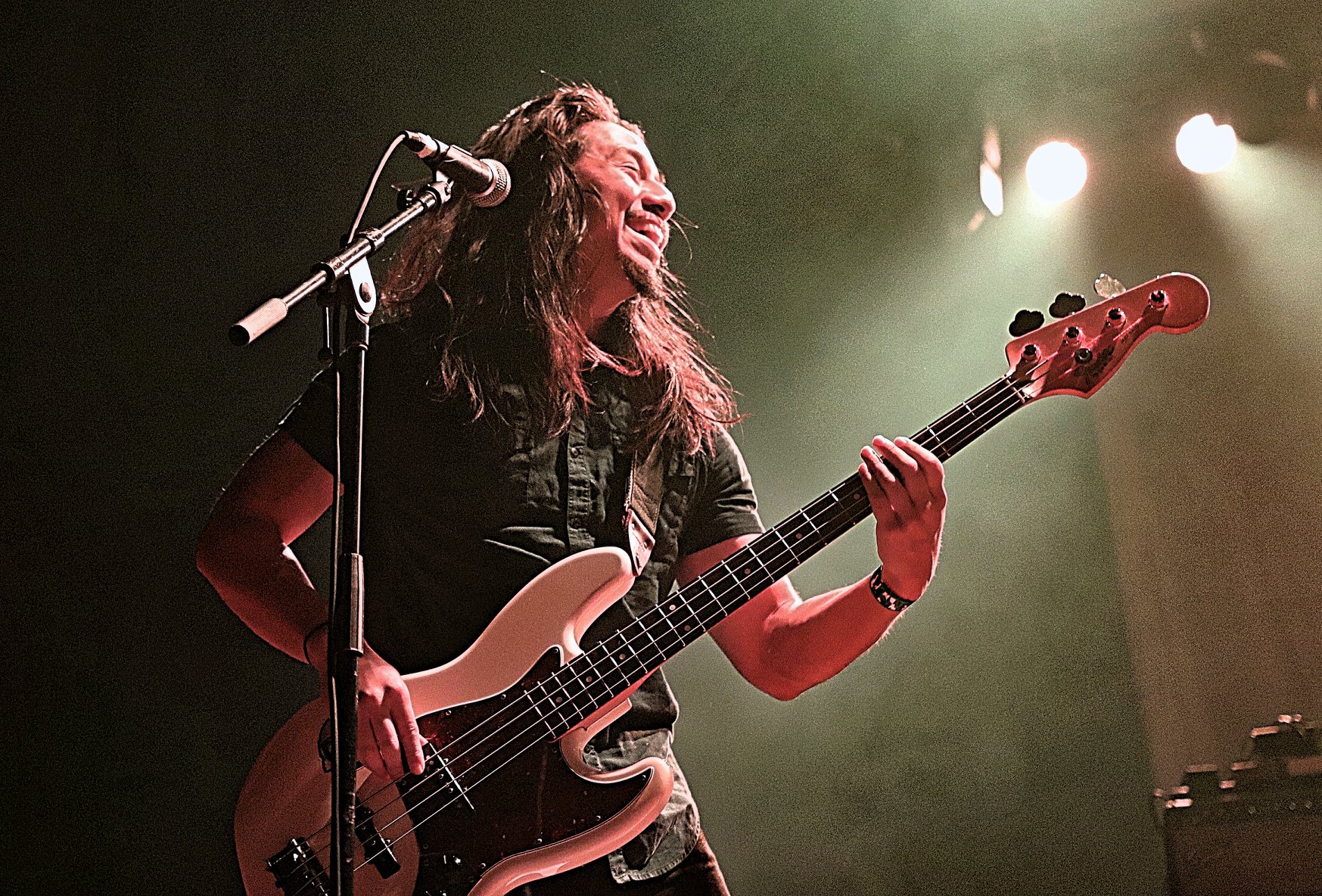 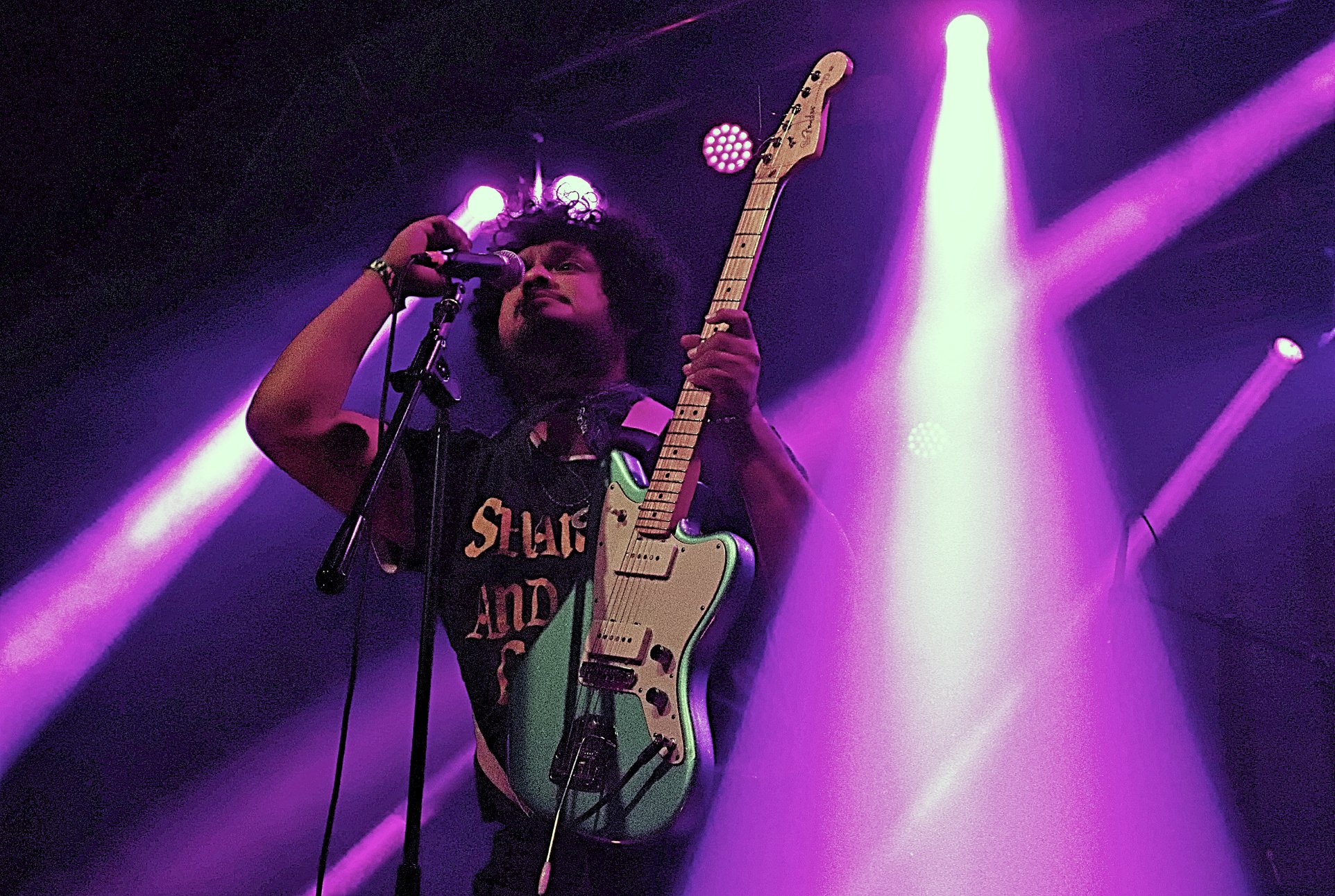