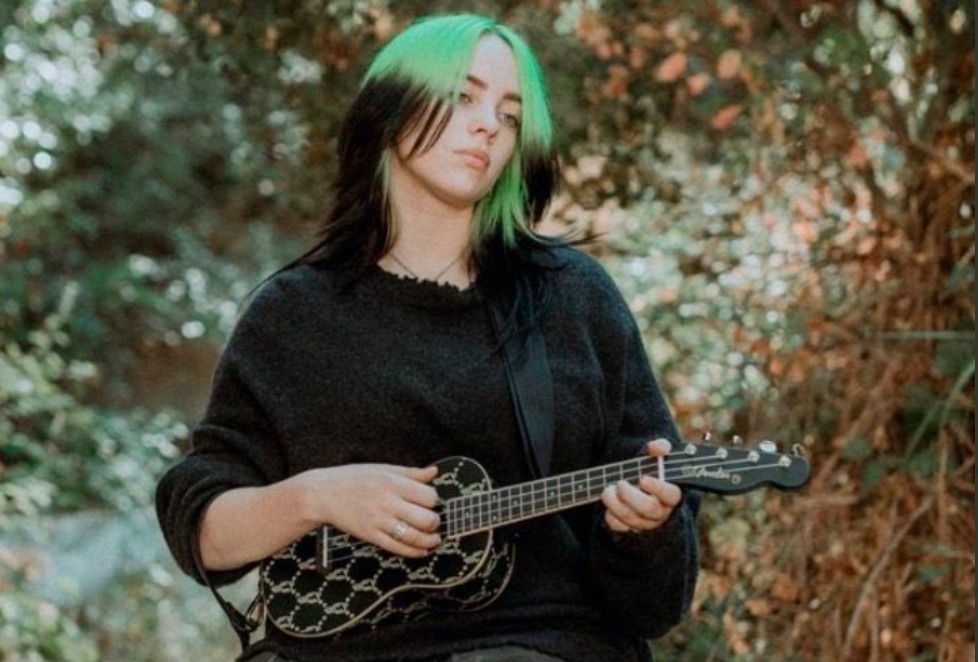 Billie Eilish and her signature ukulele

If you go to this Fender guitars’ page, you will recognize plenty of famous names, there is a Jimmy Page electric guitar, a Tom Morello, an Eric Clapton, a Johnny Marr, a Kurt Cobain, a Stevie Ray Vaughan, a Jeff Beck, a Jimmy Hendrix … if you look at electric basses, you will find the names of Flea or Duff McKagan… it may not be very diverse – where are the women? – but all these musicians have had a long career and have proven a few skills, so we can say they have owned their signature Fender instrument.

However, the announcement that Fender has launched a Billie Eilish signature Ukulele made a few people react: it may have been the first instrument she learned to play but this is not what she is known for! Does she even have special ukulele skills? I would not be able to tell but Billie Eilish and her ukulele have become the equivalent to Jimi Hendrix and his guitar? I don’t know, give her a signature microphone or a hair dye color, but a ukulele?

According to the description of the instrument, the ukulele ‘is built with sapele top, back, and sides, featuring a matte black finish with Billie’s ‘blohsh’ symbol,’ and it includes a Fishman Kula preamp. It is sold for $299.99, so significantly more than an ordinary ukulele (between $50-150), and we are not talking about a toy concert souvenir here, this is a real instrument.

In addition, Billie has made six of her songs available on Fender Play and to cover the woke aspect of this commercial deal, Eilish and Fender have also made a donation to the Hawaii Community Foundation’s newly established Aloha Mele Fund.

Every artist is trying to survive during this pandemic, concerts and tours are out of questions and even though Eilish’s career is still doing well (she was on Obama’s playlist, did an NPR tiny desk, sang at the Democratic National Convention,…) there is always a new potentially lucrative idea. Her fan base is so devoted that who could blame Fender for this ukulele money grab?