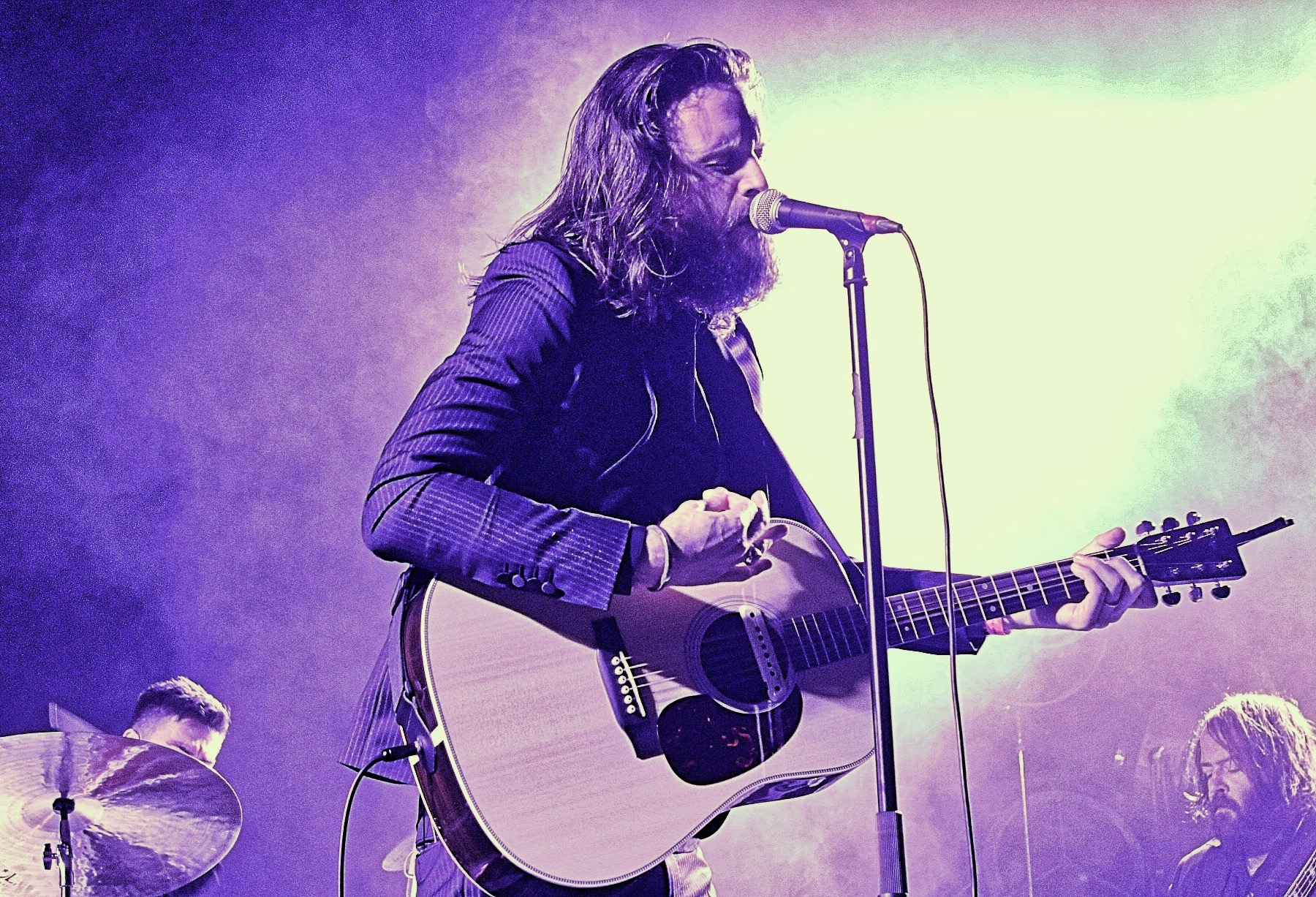 Father John Misty’s new album, ‘Off-Key In Hamburg’ features 20 songs recorded live at the Hamburg Elbphilharmonie in August 2019 with the Neue Philharmonie Frankfurt and a large band of 8 musicians. The digital album is currently on sale on Misty’s Bandcamp page for the modest sum of $10, while all proceeds are donated to the MusiCares COVID-19 Relief Fund, an organization providing assistance to people in the music industry affected by the current pandemic. It is a highly-needed cause and if you are a fan, there’s no reason to not buy ‘Off Keyin Hamburg.’

I have seen Father John Misty a few times in concert, and he repeatedly put on a great show, with over-the-top theatrical visuals and stage antics, which are obviously missing in an audio recording, but there’s still plenty to appreciate in this new album, plus I am sure you can find bits of this same concert on YouTube.

Father John Misty browses his catalog with cuts from all his four albums as I don’t think he has ever revisited anything he did under his real name Josh Tillman. So we get 2 songs from his 2012 ‘Fear Fun’, many more off his 2015 ‘I Love You, Honeybear,’ – probably the one I am the most familiar with – as well as songs from his 2017 ‘Pure Comedy,’ and his 2018 ‘God’s Favorite Customer.’ Tillman doesn’t even try covers on this one, but if you look at his statistics on setlist.fm, he has nevertheless done a few, from Patti Smith’s ‘Because the Night,’ to Waylon Jennings & Willie Nelson’s ‘Laid Back Country Picker,’ or Harry Nilsson’s ‘Jump Into the Fire,’ or even songs by Lady Gaga, The Flaming Lips, Tom Petty, Leonard Cohen, Nirvana, John Lennon… ‘Off Keys’ is 100% pure Misty whereas he has made sure to establish himself as the eclectic singer-songwriter who can do anything in a sort of Laurel Canyon bohemian folk style.

Even without being very familiar with all the songs, the melodies are always there with FJM’s vocals often soaring to a falsetto above a large symphonic ensemble. You can tell there’s a lot of people on stage, as abundant layers of instrumentation with multiple guitars, keys, horns, and vocal harmonies flesh the songs to their fullest, and because of their frequent instrumental parts, and Lennon-esque inspirations, FJM’s songs fit very well this philharmonic scene.

After each song, you can hear the clapping from the crowd, but there’s hardly anything else that will remind you this was recorded live, didn’t Josh say anything to the crowd that night that could have matched the social satire and cynicism of his lyrics? A live performance never brings the listener to an over-analysis of the songs, it’s rather an occasion to hear something different and if the songs are obviously enhanced by the grandiose orchestration matching Tillman’s usual ambition, his charismatic presence is not too palpable without the visuals. Still, the show sounds definitively beautiful and all the songs sparkle with a new coat of bright enthusiasm, while the 20-track run reaches some epic moments thanks to the overblown orchestration and the perfect execution of the music.

The highlights of the show may vary according to the listener, I would probably pick the songs I am the most familiar with, such as ‘I Went to the Store One Day’ because of its emotional strings and delicate acoustic guitar, or ‘Chateau Lobby #4’ because of its triumphant mariachi trumpets which give to the show its most upbeat and glorious moment. From the sad keys and vibrating strings of ‘The Palace’ to the buoyant and cinematic balladery of ‘God’s Favorite Customer,’ the A-Day-In-the-Life-style cacophony of ‘Holy Shit,’ the epic ‘I Love You, Honeybear’ and the heartfelt ‘Leaving LA,’ there are plenty of moments to relish.

None of Father John Misty’s over-the-top charisma, sarcastic social commentaries, or grand philosophical statements are at the center of this 90-minute live album, you will not even find any trace of his falsely pretentious character or deconstruction of his too self-aware image, the music is the star and the album is a significant achievement made to comfort people during these highly uncomfortable times. ‘Off-Key in Hamburg’ could well be the emotional and sweeping soundtrack for the angsty movie that our lives have transformed into.