Richie Rich is a featured guest on The Mike Wagner Show. 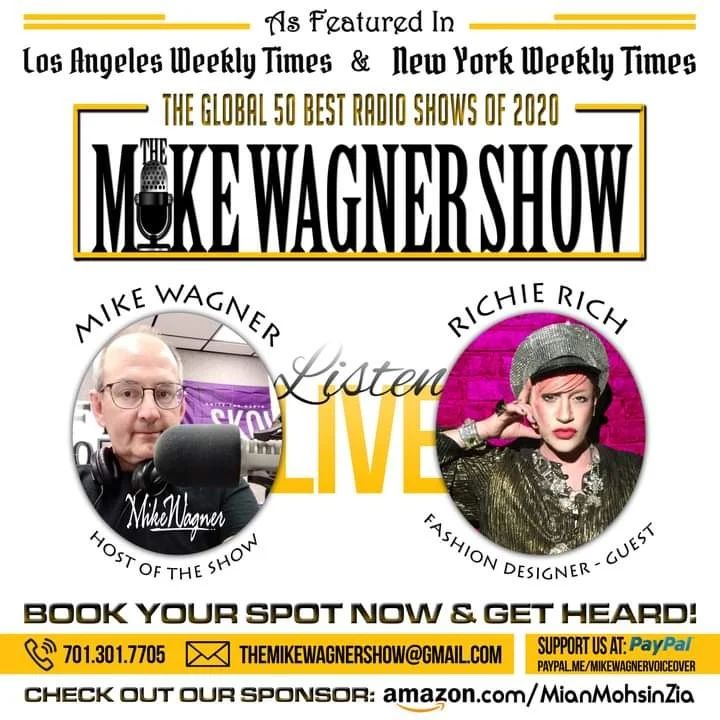 The iconic Richie Rich is an American fashion designer, legendary club kid, pop-culture star, and revered style idol. Richie Rich always sees the runway as his Hollywood studio and the audience as his fans. In 1999, Richie Rich and Traver Rains founded the cult-classic fashion label, Heatherette. Heatherette’s runway shows would kick-off Fashion Week throughout the world, from New York to Tokyo. The Heatherette runway established itself as the only runway to walk, and a seat in the front row was the only ticket to have. Richie Rich’s designs became instantly known for adorning the likes of a who’s who in young Hollywood- including Paris Hilton, Miley Cyrus, Naomi Campbell, Pink, and Fergie. Richie Rich would be dubbed fashions “Transformer” and he set up shop in Los Angeles and New York. His namesake design factory “House Of Richie Rich” would go on to be an innovative fashion label creator and first-of-its-kind trendsetter for fashion collaborations. He unleashed a fashion powerhouse with appearances on his runway shows by Ellen DeGeneres, Pamela Anderson, and Dita Von Teese. The in-the-know stars always have Richie Rich in their phone favorites for his latest stylings and he can often be seen as a special guest on select US and international broadcast television series, such as America’s Next Top Model and Project Runway. Richie Rich was inducted into New York’s The Metropolitan Museum of Art for an award-winning dress in 2019. Most recently, he is riding his glitter unicorn into the makeup metaverse with BTYKWN (pronounced BEAUTYKWEEN). Richie Rich’s motto remains, “Everybody is a star!” 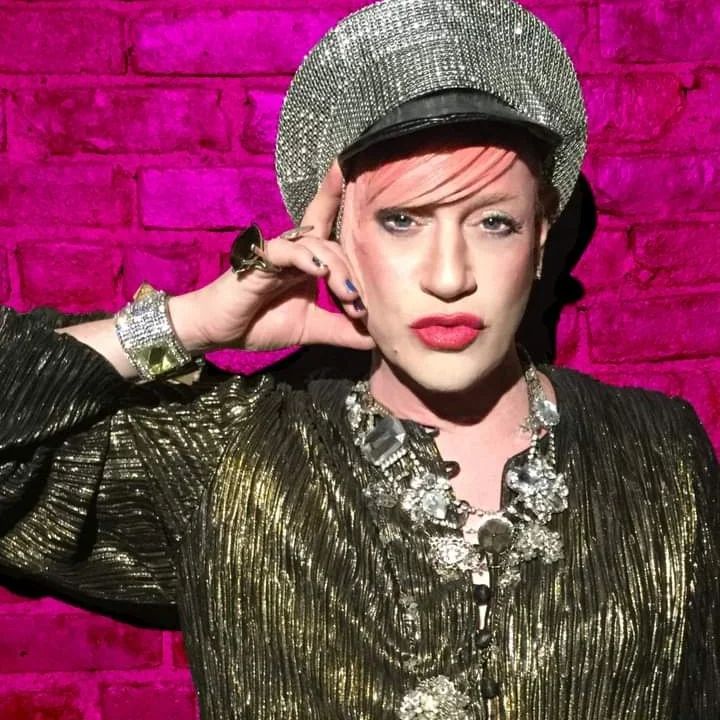 Mike Wagner is a 30+ year broadcasting veteran interviewing the most interesting guests from celebrities, actors, singers, writers to the most interesting people today! Mike is currently a weekend host on KFYR radio in Bismarck, North Dakota playing the greatest songs of all time every Saturday from 6-10a and Sundays from 2-6p Central time. Tune in to KFYR AM 550, KFYR.com, 99.7 FM, and iHeart Radio. You can also listen to the Mike Wagner Show on Soundcloud, Spreaker, Anchor FM and Spotify.

Listen to Richie Rich on The Mike Wagner Show here:

The official website for The Mike Wagner Show may be found at http://www.TheMikeWagnerShow.com

The official website for BTYKWN may be found at https://www.BTYKWN.com