‘Fairytale Of New York’ Is Still A Controversial Song? 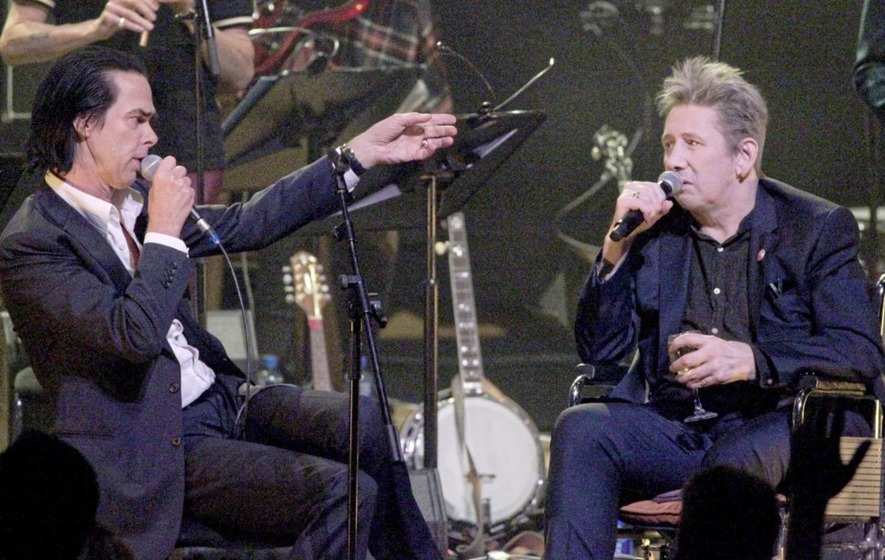 This ‘magical’ time of the year is around the corner, and lockdown or not lockdown, Christmas music is once again unescapable as soon as TV or radio is on. If The Pogues’ ‘Fairytale Of New York’ has always been a well-needed alternative to the syrupy nightmare of vacuity, the BBC decided last week to air an alternative version of the song over the festive period. As everyone knows, the character of the song swears ‘You scumbag, you maggot/You cheap lousy faggot,’ and this last derogatory word is said to be deeply offensive to young listeners. ‘We are aware that young audiences are particularly sensitive to derogatory terms for gender and sexuality,’ BBC declared and after considering this carefully, Radio 1 has decided to play a version featuring Kirsty MacColl singing alternative lyrics, provided by the record label.’ Instead of the famous lines, the newly edited version will feature the line ‘you’re cheap and you’re haggard’, with the word ‘slut’ also silenced at an earlier point in the verse.

Nick Cave reacted very strongly to the news in his last Red Hand Files, vehemently opposing the censorship: ‘One of the many reasons this song is so loved is that, beyond almost any other song I can think of, it speaks with such profound compassion to the marginalized and the dispossessed,’ Cave wrote. ‘It is a magnificent gift to the outcast, the unlucky and the broken-hearted. We empathize with the plight of the two fractious characters, who live their lonely, desperate lives against all that Christmas promises — home and hearth, cheer, bounty, and goodwill. It is as real a piece of lyric writing as I have ever heard, and I have always felt it a great privilege to be close friends with its creator, Shane MacGowan.’[…]’ Now, once again, ‘Fairytale Of New York’ is under attack. The idea that a word, or a line, in a song can simply be changed for another and not do it significant damage is a notion that can only be upheld by those that know nothing about the fragile nature of songwriting. The changing of the word ‘faggot’ for the nonsense word ‘haggard’ destroys the song by deflating it right at its essential and most reckless moment, stripping it of its value. It becomes a song that has been tampered with, compromised, tamed, and neutered and can no longer be called a great song. It is a song that has lost its truth, its honor, and integrity — a song that has knelt down and allowed the BBC to do its grim and sticky business.’

Of course, Nick got very personal here, he is Shane MacGowan’s friend and fan, and he uses this example of political correctness, one among many other ones, to once again complain about a form of cancel culture. Denaturing the song and making it inoffensive, and safer is obviously the true offense here, canceling the veritable nature of art, that should be about pushing boundaries and shaking up people’s minds.

But why this song? Why this specific song when the N-word, or ‘bitch,’ or ‘slut’ or any other slur are abundantly featured in plenty of songs,… If you are offended by ‘Fairytale Of New York,’ take any rap song and you will find something to be offended about. 90% of Rap is politically incorrect, plenty of lyrics are simply shocking, controversial, indecent, even obscene, while their authors don’t seem to care about young listeners’ delicate sensibility: ‘Rape a pregnant bitch and tell my friends I had a threesome,’ Tyler, the Creator raps… ‘I got blood on my dick cuz I fucked your corpse/I’m a nasty nigga,’ DMX raps… ‘I cannot vibe with queers,’ YFN Lucci/Offset rap… ‘Like a dyke man, you niggas can’t fuck with me,’ Kodak Black raps… I could go on forever, and people complain about a song by the Pogues?

And if you ever needed more context, Shane MacGowan talked about the controversy 2 years ago in the Irish Times: ‘The word was used by the character because it fitted with the way she would speak and with her character,” he said. “She is not supposed to be a nice person or even a wholesome person. She is a woman of a certain generation at a certain time in history and she is down on her luck and desperate.’

The song was written in 1987, and 33 years later people are not able to process this nuance anymore. Doesn’t context mean anything anymore? Culture seems to better understand character study in movies and especially rap, but ignore it when listening to an old song?

‘If people don’t understand that I was trying to accurately portray the character as authentically as possible then I am absolutely fine with them bleeping the word, but I don’t want to get into an argument,’ the Pogues frontman added in this same interview, sounding a bit defeated. But Nick Cave is always there for the argument.