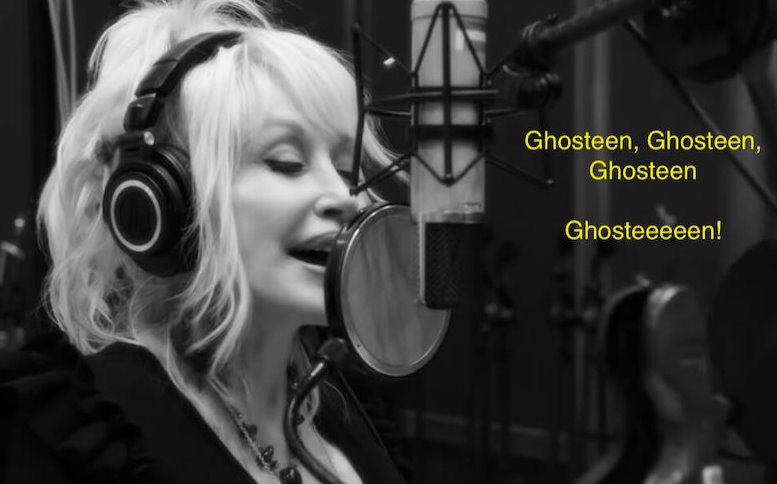 Nick Cave and the Bad Memes

Besides the usual news about the famous musician, a lot of hilarious stuff is posted and as the title suggests, the posts are worked as potential memes, mostly photographs or cartoons (borrowed from movies and pop culture) embellished with quotes or captions made to trigger a funny reaction while poking at a few Nick Cave references. Of course you have to be well versed in the Bad Seeds culture, but that’s the point, although some of the posts are meant to be understood by anyone.

With the new album Nick Cave and the Bad Seeds album ‘Ghosteen’, the members of this group are currently having a field day with the devastating soundscapes and poetry,… it’s difficult to joke around this overwhelming album, but humor is a great weapon when dealing with such serious subjects, and it’s obviously coming from a place of love and admiration for Nick Cave.

I am pretty sure that Mr. Cave himself would approve, after all, he said during one of his recent Conversations he was completely approving the recent cover of ‘Red Right Hand by Snoop Dogg: ‘Of all the versions, his is the one that I had a giant smile on my face after. He didn’t perform it with great reverence, he just fucked around with it and reignited my love for that song.’

So I don’t think he would have any problem with us fucking around his favorite songs, lyrics, and themes.

Here are a few samples of Nick Cave and the Bad Memes: 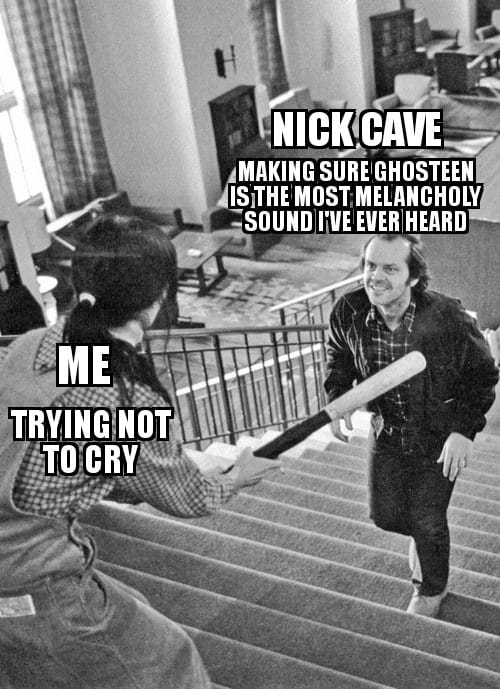 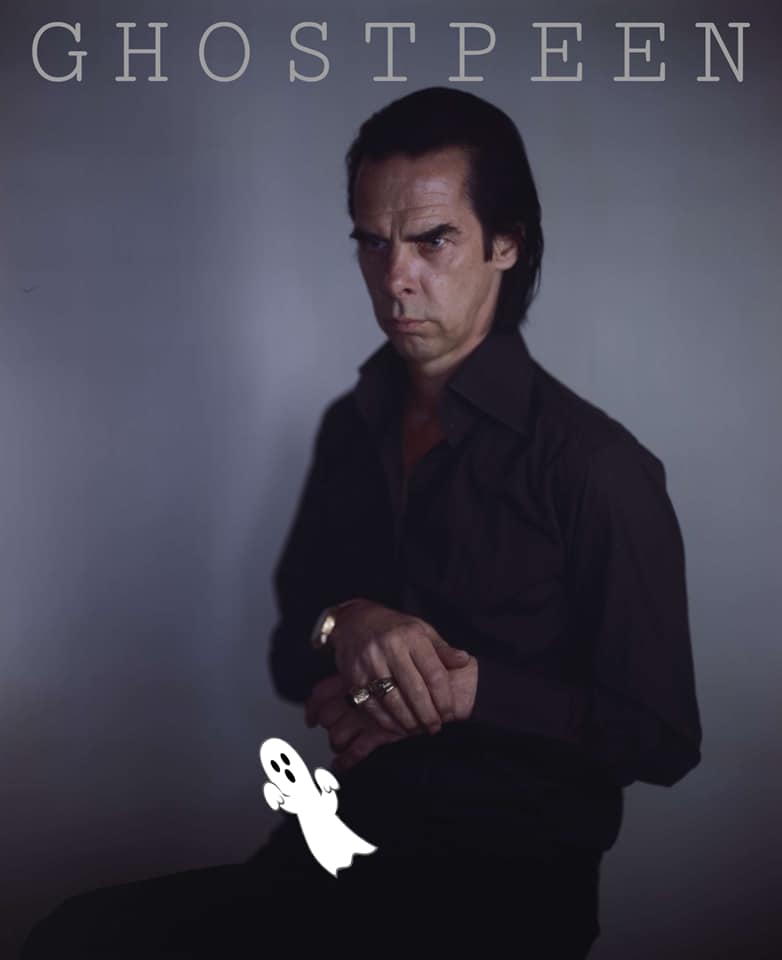 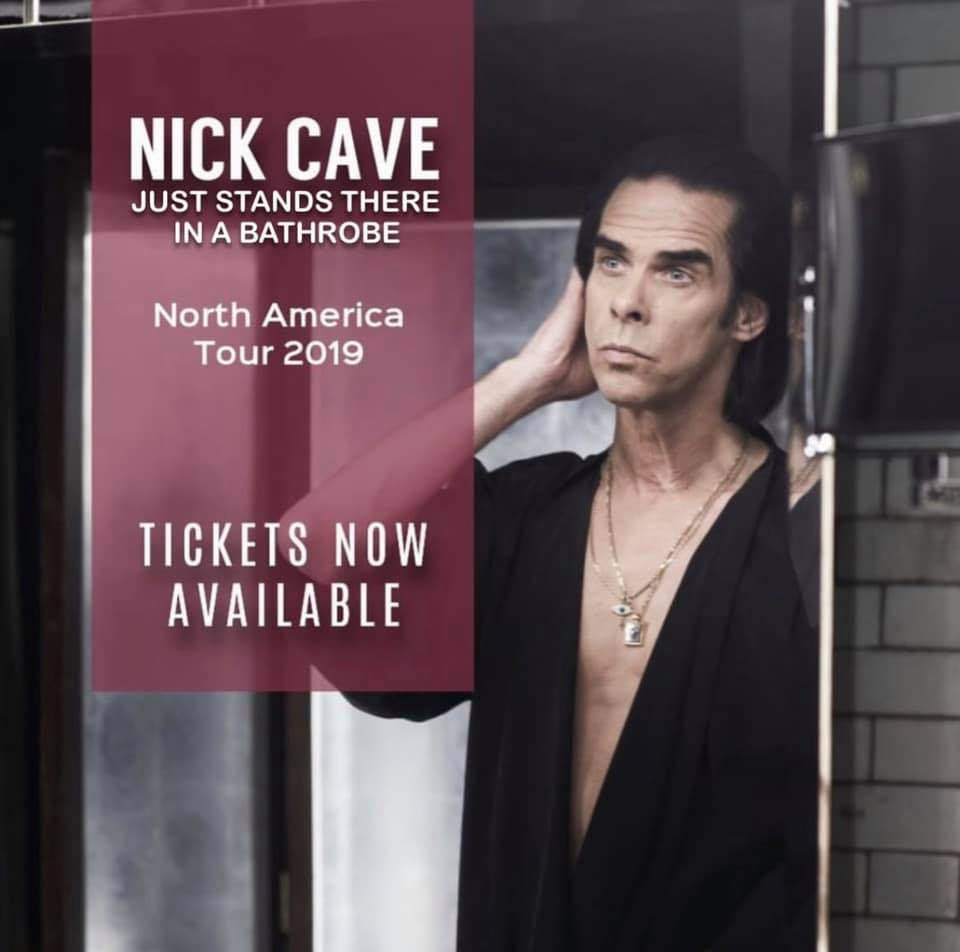 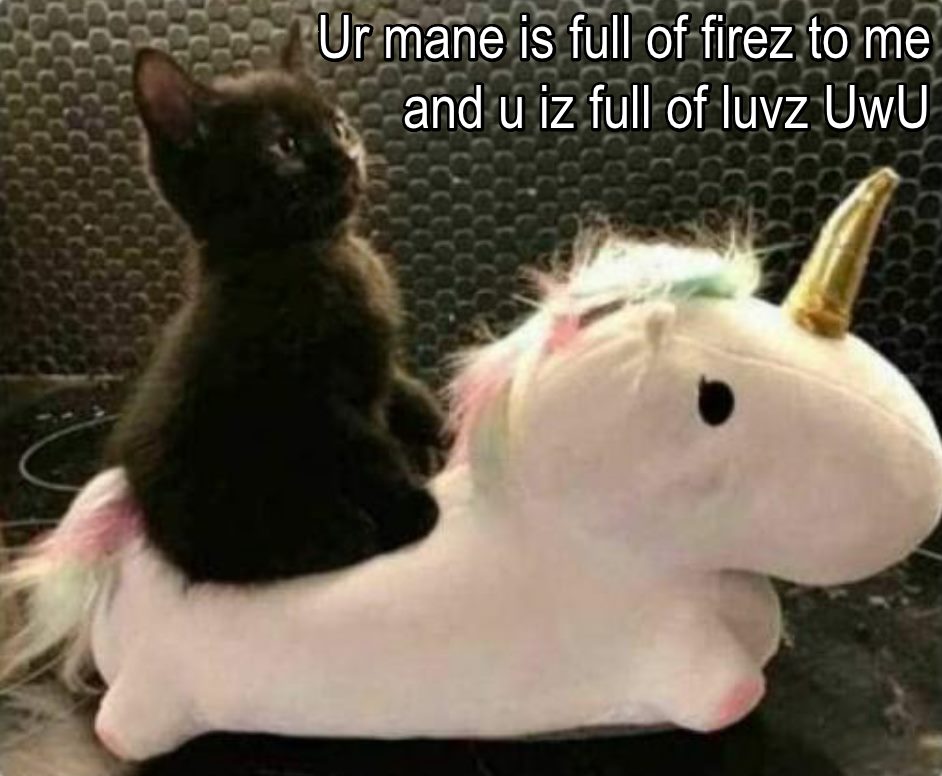 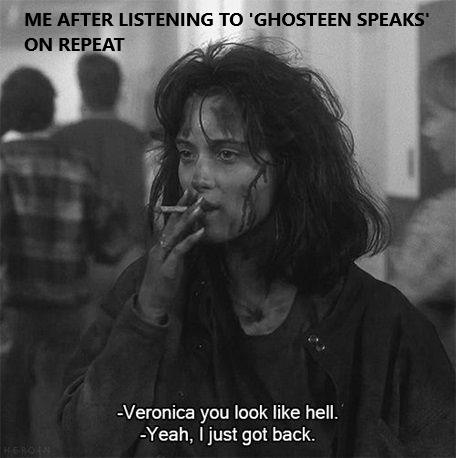 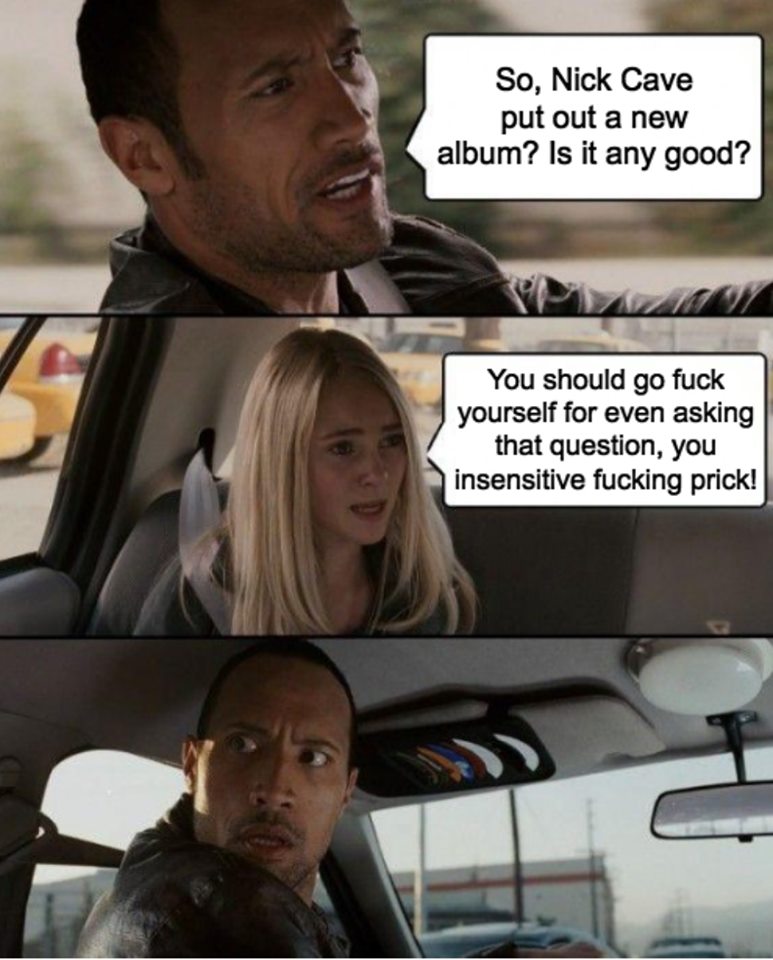 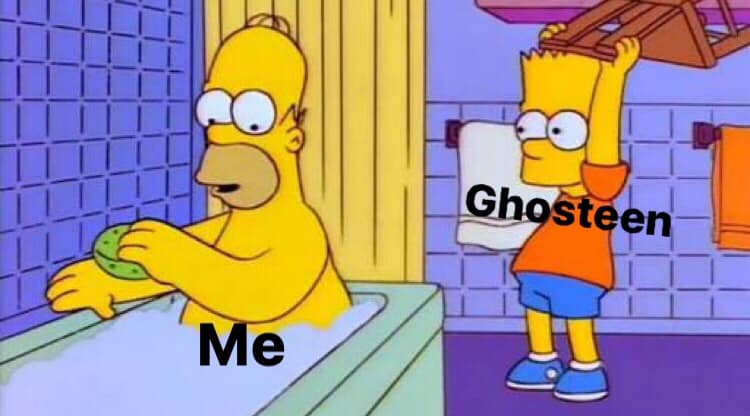 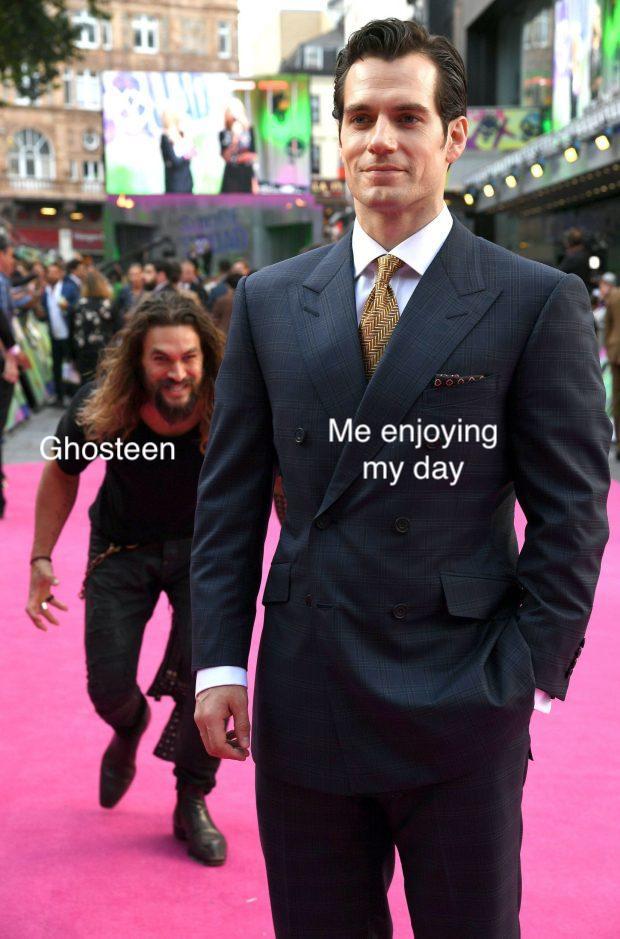 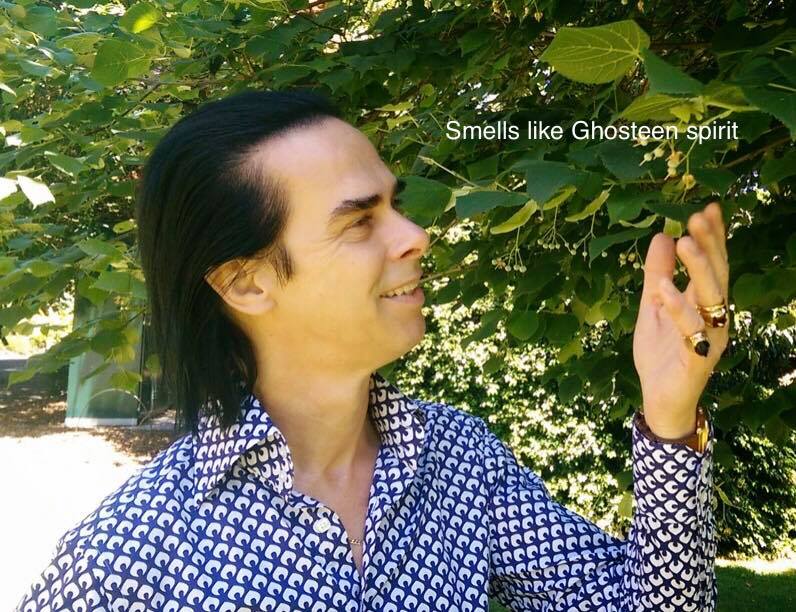 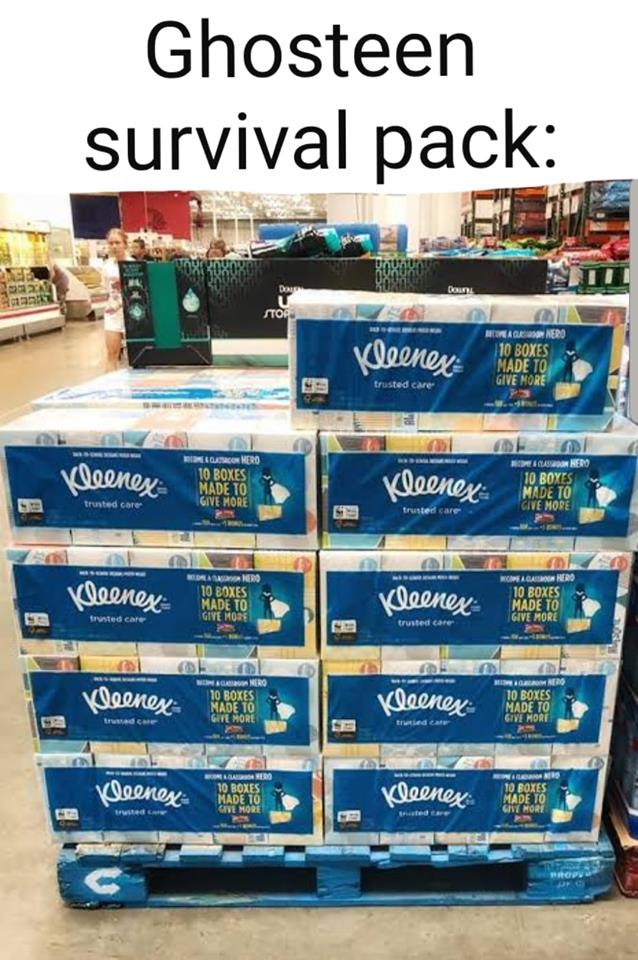