Ezra Furman Comes Out As A Trans Woman 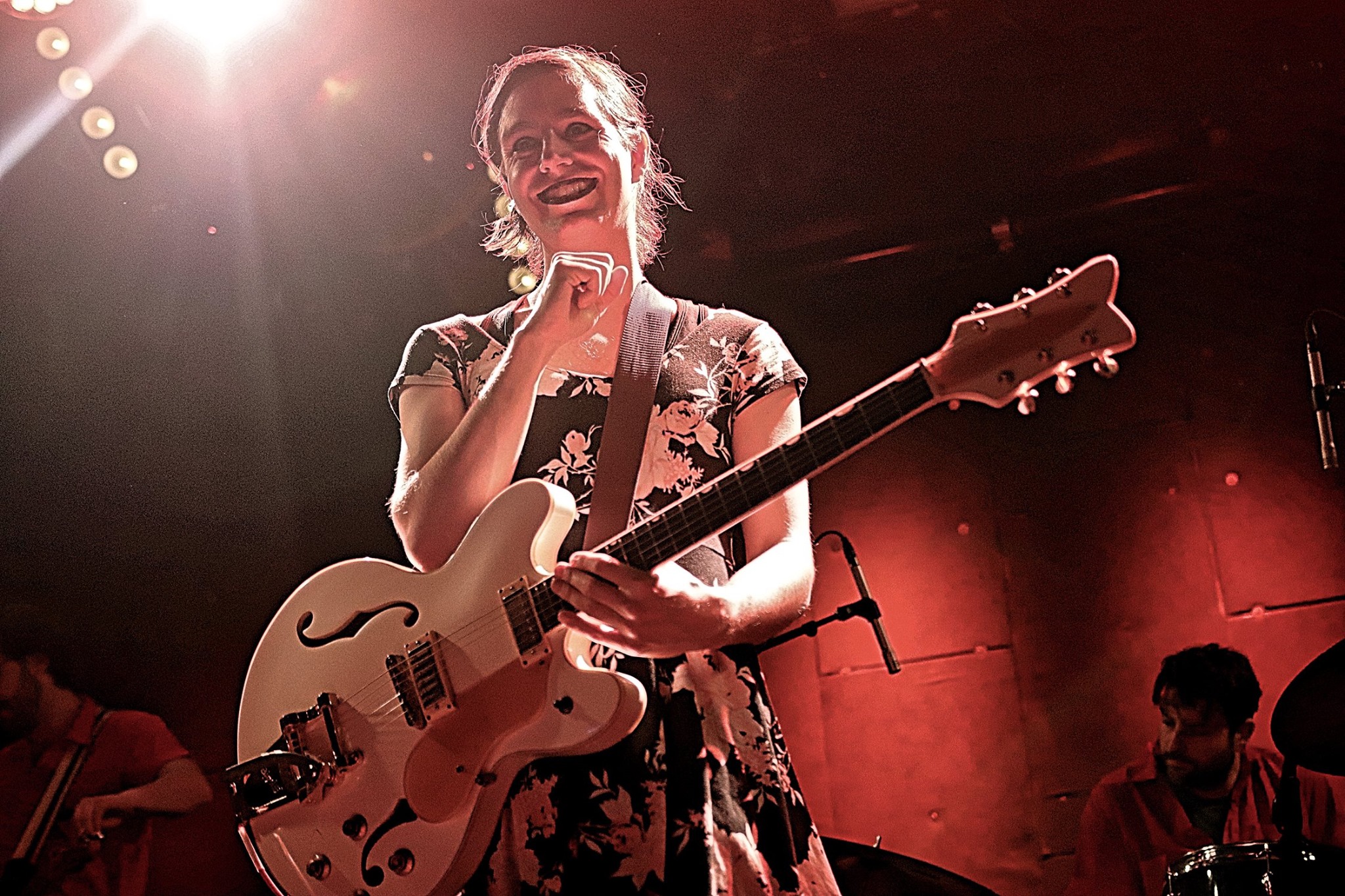 I knew about nothing about Ezra Furman when I saw his/her set at a music festival a few years ago, but I was immediately captivated by the intense energy and the vulnerable passion: you could not forget this smear lipstick revealing a visceral scream. The last time I saw Ezra (it was a fantastic show) I didn’t know which pronoun to use, he or she, him or her? …Sure, Ezra came on stage wearing a dress and lipstick, sure the title of one of the albums was ‘Transangelic Exodus,’ but this didn’t necessarily mean anything right? Plenty of male artists have played with androgyny and ambiguity without changing their gender. I read reviews, and most of them were using ‘she’ but I then read one of his/her tweets: ‘I am trying to figure out why I, as a trans person, don’t care about gendered pronouns, and so many people do. Why I’m fine with he/she/them and others have strong preferences. Does anyone who cares about pronouns (particularly non-binary people) want to tell me why they do?’ So, I said to myself, fine he/she doesn’t care, let’s use whatever…

However, Ezra announced two days ago that she is a trans woman. She posted the following declaration on social media, accompanied by a few photos of her family:

‘I wanted to share with everyone that I am a trans woman, and also that I am a mom and have been for a while now (like 2+ years).

About being a trans woman: for my own reasons I have been hesitant to use these words, especially the “woman” word. I have often described myself as non-binary, which maybe is still true (I’m just gonna sit with that question for the moment). But I’ve come to terms with the fact that I am a woman, and yes for me it’s complex, but it’s complex to be any sort of woman. I am very proud to be a trans woman and to have come to know it and be able to say it. This has not been an easy journey.

About being a mom: there’s enough said in public about the magic of parenthood. It is beautiful and holy and I love it—that’s all on that subject. I have not yet mentioned in public that I’m a parent because I have been afraid of being judged and grilled about it as if it’s anyone’s business other than mine and my family’s.

But. I’m telling you I’m a mom now for a specific reason. Because one problem with being trans is that we have so few visions of what it can look like to have an adult life, to grow up and be happy and not die young. When our baby was born I had approximately zero examples that I had seen of trans women raising children. So here’s one for anyone who wants to see one. I’m a trans woman and a mom. This is possible. I never dreamed it was possible to be happy and self-realized and trans and uncloseted and also become a parent. But it is and I am doing it. Because trans people deserve to pursue the lives we want, on our terms.

That’s all for now. More music to come before long.’

I was indeed under the impression she was non-binary, however, Ezra is definitively picking a genre this time, and, as she is saying, ‘it’s complex.’ You just have to look at the comments written by some people on social media. If a lot of them are very supportive, you still can read too many heartless and honestly hurtful comments. Who are these people?

‘Btw great job with the vomiting emoji as a response to pictures of me. Comedy gold. Surely your irreverent sensibility is on the cusp of going viral. Also, cool how it targets the vulnerable,’ Ezra tweeted in response to all the negativity. It really requires a lot of bravery to come out as she did, especially since people’s criticism is mostly directed toward her parental role as if it were their business.

Ezra has been a mom for two years and little is known about her situation. Is she the biological parent of this child? Who is her partner you may ask yourself? In a 2015 interview with the Guardian, Ezra declared ‘I’ve not quite decided on a gender identity, I may never decide, and that’s all right with me. I am proud to exist in an ambiguous, undecided state’ but she also said, ‘I was also unsure of my sexuality and afraid to tell anyone that I was attracted to both men and women.’

Ezra has finally announced her gender to the world, as for the rest of the story, we shall see if she is comfortable sharing more in the future.