Elon Musk Wants To Merge Human Brains With A.I. Thanks To His Neuralink Device 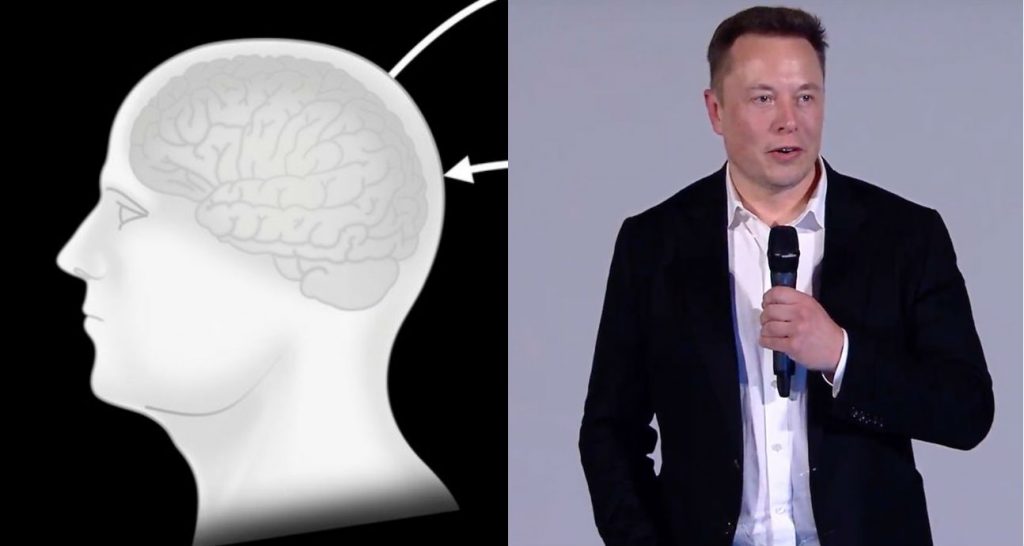 These times are very strange, when conspiracy theorists are believing all kinds of nonsense about Bill Gates wanting to implant trackable microchips in a vaccine against COVID-19, Elon Musk is just working on this in plain sight and nobody is reacting? On Friday, Musk gave an update on his brain-machine interface startup Neuralink, a brain implant, about the size of a quarter, he has already implanted in a pig’s brain. In his demonstration, Musk showed that the Neuralink device was able to read some neural signals in real-time.

This is not the first time technology has been implanted in brains, Musk hasn’t invented anything, some implants have been used to treat seizures unresponsive to medications, and this has been very useful to people suffering from epilepsy as it has greatly reduced the number of seizures and improve the quality of life of these people.

But if Elon Musk’s new implant can have medical applications and be used to treat neurological disorders, it also aims to something else, something extremely worrisome: ‘It’s like a Fitbit in your skull with tiny wires,’ said Musk. The Neuralink’s wires connect to brain centers, while the device communicates wirelessly to a computer.’ Basically, the device could read the brain of anybody who gets an implant. In his demonstration, the device was recording signals from an area of the poor pig’s brain corresponding to her snout, as a large part of the brain is devoted to this body part in pigs.

Musk is basically saying he wants to merge human brains with A.I., something he calls ‘A.I. symbiosis.’ ‘Such that the future of the world is controlled by the combined will of the people of Earth — I think that that’s obviously gonna be the future that we want,’ he said during his Friday presentation.

According to Axios, Neuralink has yet to undergo clinical trials in human beings, though the company announced it had been granted FDA ‘breakthrough device status,’ which could speed efforts in humans.

According to Musk, the implant could allow humans to communicate with one another without speaking (something Musk calls ‘conceptual telepathy’), and people could eventually listen to a song simply by thinking of the title. He even thinks people could have the ability to have ‘supervision’ and download their own memories:

‘The future is going to be weird,’ Musk said according to CNET, ‘In the future, you will be able to save and replay memories. You could basically store your memories as a backup and restore the memories. You could potentially download them into a new body or into a robot body.’

And this is where he is losing me completely, at this point in science, there is no ‘download of memories’ possible. Musk hasn’t probably spoken to any neurobiologist, and I would not trust anything he has to say about brain and memories, brains are extremely complicated, and he is not an expert. Has he even tried to understand how memories work? It’s a bit more complex than a Tesla car, and even the most renowned neurobiologists are more humble than he is. We don’t even understand brain worms enough to accomplish what he pretends to, so allow me to be very skeptical.

This is an answer from a neurobiologist to the question: How close are we to being able to precisely scan people’s brains and convert memories to digital files?

‘In my personal opinion, this may be impossible, regardless of how detailed our brain scans become.

This is because memories in human beings are very different from computer files. To understand why, see this essay I wrote:

3quarksdaily: Why human memory is not a bit like a computer’s

The short story is this: computer files are isolated and discrete, whereas human memories interact with each other in complex ways, changing global properties of perceptual and even motor systems.

A detailed brain scan may someday be used to recreate a person’s entire system of memory, action, and reaction. But it is unlikely that we will be able to isolate individual memories and treat them as separate entities, except in very specific situations (like names, dates, and phone numbers).’

I hate people who think that have all figured out, even the most complicated objects of the universe. This story reminds me of another delusional entrepreneur, Ray Kurzweil, and his singularity. Musk’s ego has apparently no limits, he is now talking for the entire human species as if his own ambition and business represented the future of the entire humanity. He poses as this innovator with a vision for the future, whereas he has just improved a technology that already existed. But imagine he achieves what he pretends, would you trust Elon Musk to read your brain? Because this is exactly what he wants to do.