Elliott Smith’s Death: Another Musician Claims Many Friends Really Didn’t Think It Was A Suicide 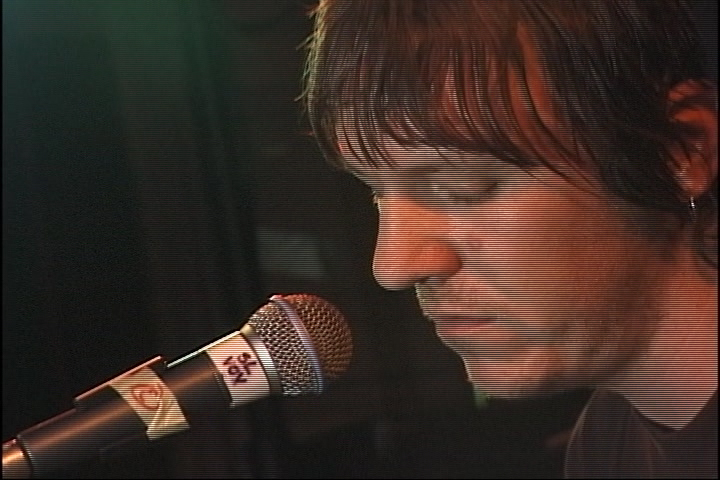 As we approach the 16th anniversary, Elliott Smith’s death is still a mystery and we still don’t know if he committed suicide or was murdered. The police have left the case open.

A few days ago, someone left a comment after one of my articles about Elliott Smith’s death. I have to say I have communicated through social media with this person since, which confirms this is not some fake comment left by a joker. Here is his comment that he just signed MC:

‘I met Elliott for the first time in 1998 at one of his pre-fame, solo acoustic shows, in Hoboken NY. Not long afterward, I moved out west to LA and eventually ended up in Silverlake on Claremont Ave, about 2 blocks away from Elliott during the last few years of his life. I shared the house with some friends that, ironically, I met while waiting in line at Spaceland to see Elliott. They turned out to also be amazing musicians that are in, or involved in, many well-known bands still touring and doing well to this day. Elliott would come over and play demos of songs he was working on in Ash’s room, which by all intensive purposes, was a basement, as it was built on such a steep hill, that when coming up the driveway, one could bear left and park out front of the “basement”, or continue straight up and around to the 1st floor driveway. It wasn’t until years later I was told he named his album after our place, and many of these songs landed on Figure 8 and FABOTH.

So there is a lot of suspicion surrounding his death. The autopsy shows cuts on the palms, arms, and wrists, spots characteristic of defensive wounds. There were also no hesitation wounds (very common in self-inflicted knife suicide attempts) which go right along with the fact that he was also stabbed through his clothing (another thing very uncharacteristic of suicide). He was also stabbed not once, but twice, the second hitting the heart. The story she told (I heard through the grapevine), was that they got in a fight, she locked herself in the bathroom, and when she came out he had a knife sticking out of his chest. What you have not touched on in this, is that her fingerprints were all over the knife, and she refused to talk to police until like 24 hours later, to which she said she saw the knife and pulled it out and that’s why her fingerprints were on it (leaving the knife in probably would have saved him btw). During the interview she told police how he had a history of depression, drug abuse, and cut and burned himself, as well as threatened to kill himself many times, but that he has been clean for a year now. She also apparently noticed “the suicide note” (which for one of the best lyricists ever to have walked the Earth, was far from anything you would expect from him) during this time, to which she noted she “had never seen before” and was “definitely his handwriting”, yet his name was misspelled “Elliot”. I did also hear that she informed them that the family knew she was innocent, as documented by you, as well as stating that they were “engaged” and a lawsuit was filed by her and she lost.

Many of my friends, or people that I know personally that were close to him, say he was doing great, excited about finishing the album and really didn’t think he did this. I don’t know what to think, but my gut instinct, along with all of the suspicious circumstances surrounding that night, tells me he didn’t kill himself. And that really sucks, because as far as I’m concerned, he was just hitting his prime at that point (very uncharacteristic of most songwriters/musicians), and sadly we will never know. I just hope this case is investigated further and not left dangling with so much shadiness like the Cobain case.’

Despite these two following errors, the narration about the events around Elliott Smith’s death is quite interesting:

– ‘The autopsy shows cuts on the palms, arms, and wrists, spots characteristic of defensive wounds’… Elliott had two cuts on his upper right arm and left palm but none on his wrists (this was confirmed by the autopsy report and Dr. Scheinin herself).

– ‘yet his name was misspelled “Elliot”’: The error was actually made by the police officer but it was confirmed that the suicide note was not misspelled.

But I don’t blame him for making this mistake because so many articles have been falsely reporting this…. which brings us to the other inconsistency: ‘she refused to talk to police until like 24 hours later’. This sounds quite surprising because the police report claims the following: ‘Once the decedent was taken to the hospital, police officers arrived and questioned Jennifer about the incident’.

Said like this, i always had the impression the police questioned her immediately after Elliott was transported to the hospital, but this is not what this person heard as he explained to me later on: ‘the shadiness about it was that she refused to talk until like the next day or even longer and then came out with the story about coming out of the bathroom and seeing it in his chest and taking the knife out’

As usual, it’s hearsay, but at this point, this is all we have. He even added: ‘I do remember people saying that she refused to talk to them and either went somewhere else or hid from them in some way but I don’t know the specifics of it.’

The autopsy/police report clearly states that ‘the girlfriend’s reported removal of the knife and subsequent refusal to speak with detectives are all of concern’, but the report doesn’t actually specify if she immediately accepted to talk to the police when they arrived at the scene. If this person is correct, this is another level of concern.

The last paragraph is also revealing, especially in the light of what W.T. Schultz publicly said: ‘Not one of his friends has any doubt Elliott committed suicide’. MC says the exact opposite:

‘Many of my friends, or people that I know personally that were close to him, say he was doing great, excited about finishing the album and really didn’t think he did this.’

I just wonder where are all these friends and people, I want to talk to them!