Elliott Smith Tribute Show: 16 Years Ago At the Fonda Theatre 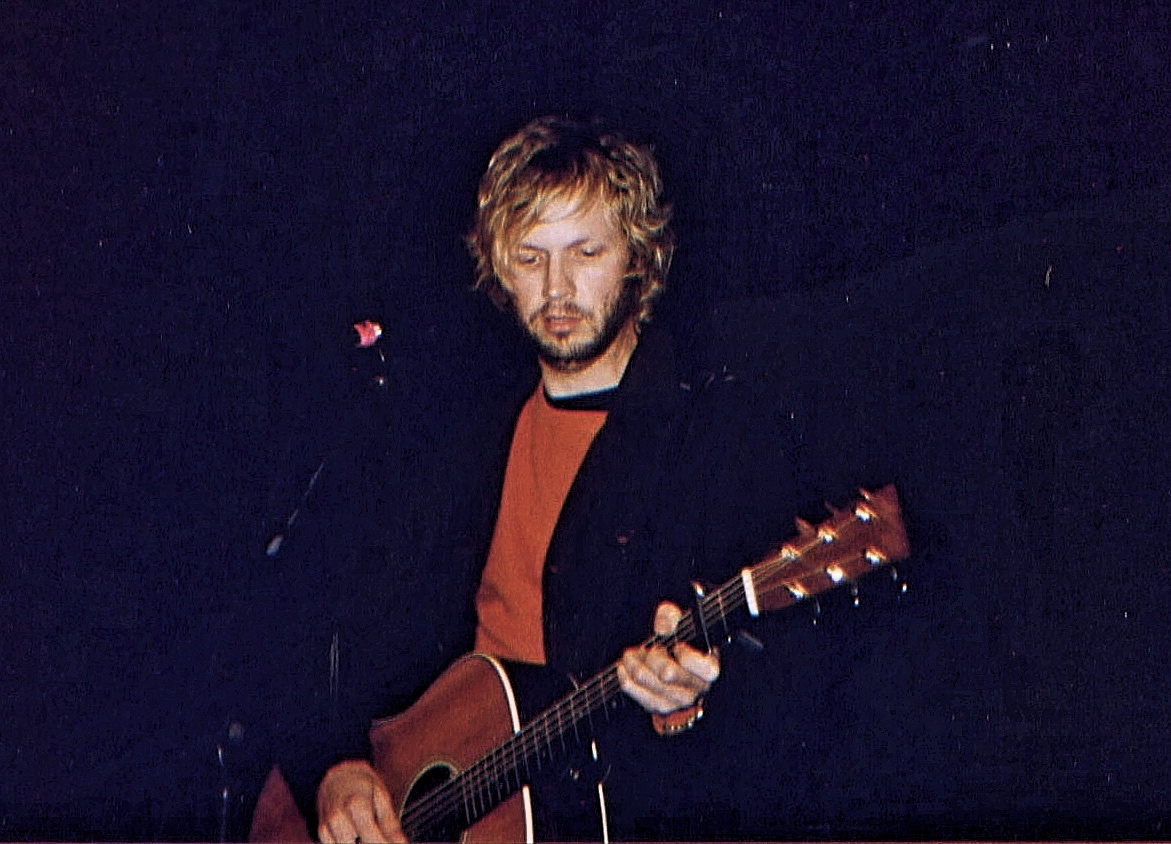 It’s difficult to think this happened 16 years ago, but October 21st will mark the 16th anniversary of Elliott Smith’s death, and this tragic event is still vivid in many fans’ memory. In Los Angeles, it was a very hot day of October, just like today, and a few weeks later, the rain came at the same time that many friends of the singer-songwriter gathered for a tribute show at the Fonda Theatre (then called the Music Box). They celebrated his music and life for one last night, at the same venue he had performed two shows in January and February of the same year.

The day was November 3, and the theater was packed to the roof, with many fans left outside still trying to get in, as the show had an all-star lineup including Beck, Beth Orton, John Doe, and Rilo Kiley,… There was not a dry eye in the room and all the musicians were very emotional, even distraught, as the news of Elliott’s death was still very raw, just 2 weeks old.

After a teary introduction by his sister Ashley Welch, every performer played two or three songs: The 88 did ‘King’s Crossing’, Can’t Make a Sound’, and Stupidity Tries’, Alaska! played ‘Speed Trials’ and two of their own ‘Western Shore’, and ‘Real is Your Control’. Tito Larriva (Tito Larriva & Tarantula) played ‘Last Hour’, Future Pigeon/Wiskey Biscuit did ‘Waltz #2’ and ‘Pretty Ugly Before’. Lou Barlow played ‘Division day’ and another song called ‘Legendary’. Papa M did Heatmiser’s ‘Not Half Right’ and ‘Wild Mountain Tyme’. John Doe performed X’s ‘Burning House of Love’, ‘Backroom’ and finally covered Elliott’s ‘Rose Parade’ followed by ‘The Losing Kind with the help of Tom Brosseau. The Radar Brothers played ‘Between the Bars’, ‘Speed Trials’, and ‘Say Yes’ with the help of Steve Hanft, and Rilo Kiley performed ‘I Didn’t Understand’, ‘The Biggest Lie’ and two of their own songs (‘Hail To Whatever You Found In The Sunlight That Surrounds You’, ‘It Just Is’), with a very emotional Jenny Lewis singing Elliott’s part. Beck performed ‘Ballad of Big Nothing’, ‘Clementine’ and ‘Alameda’, apologizing in advance because Elliott’s songs are not easy to play but he ‘had been working on them pretty hard the last two days’. Beth Orton closed the night with M. Ward, and together they did ‘No Name #3’ and two other songs (‘I Still Miss Someone’, ‘What We Begin’).

Many of them performed the music as Elliott had done it before, with a simple acoustic guitar, but I remember Future Pigeon adding trumpets for ‘Waltz #2’, and the 88 performing King’s Crossing quite differently than we had heard it before in an acoustic setting

It’s safe to say this was one of the hardest and most emotional concerts I have attended, everyone was crying or had lumps in their throats, and I remember Tito Larriva being especially broken up: He said he had spent the night with Elliott and friends the night before his death, and he was so distraught that he could not finish his set, he only played one song, and barely finished it.

Everyone said a few words about Elliott, almost everyone shared a story or told us what a wonderful artist Elliott was and how much they will miss him. The night ended with the short film ‘Strange Parallels’, a fantasy movie about Elliott presented by director Steve Hanft.

The show was supposedly recorded for a live album to benefit the Elliott Smith Memorial Fund, just like the proceeds of the show, which also included a poster sold at the theatre. The record was never released though, and nobody was ever able to find out why. Since the Elliott Smith Memorial Fund didn’t really exist, we can assume they could not really go on with the project. Elliott had started the process of founding a charity for abused children but he died before being able to fully create it. The Elliott Smith Memorial Fund was formed in the wake of his death with a PayPal account and a P.O. Box but the family rapidly discarded it and used other charities later on. To me, it’s still unclear where the money raised by this tribute show went.

It’s also difficult to realize this happened before the explosion of social media, Facebook didn’t even exist and nobody had a smartphone at the time. Can you imagine the number of photos and videos an Elliott Smith tribute show would have generated on social media if this would have happened a year or two ago? Very few photos were taken, but here are a few pics of this very emotional night, including a bad quality video of Beck’s performance. 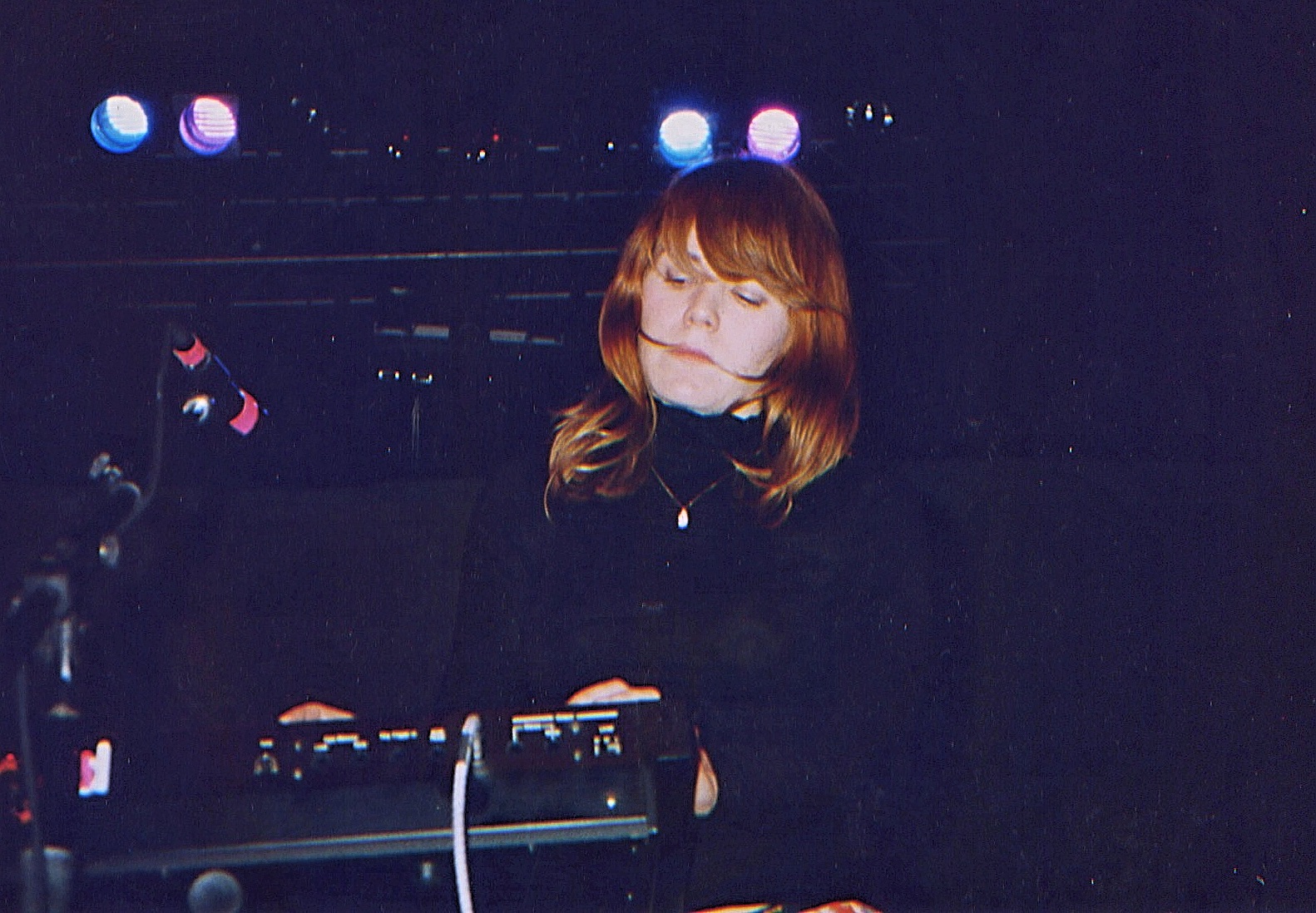 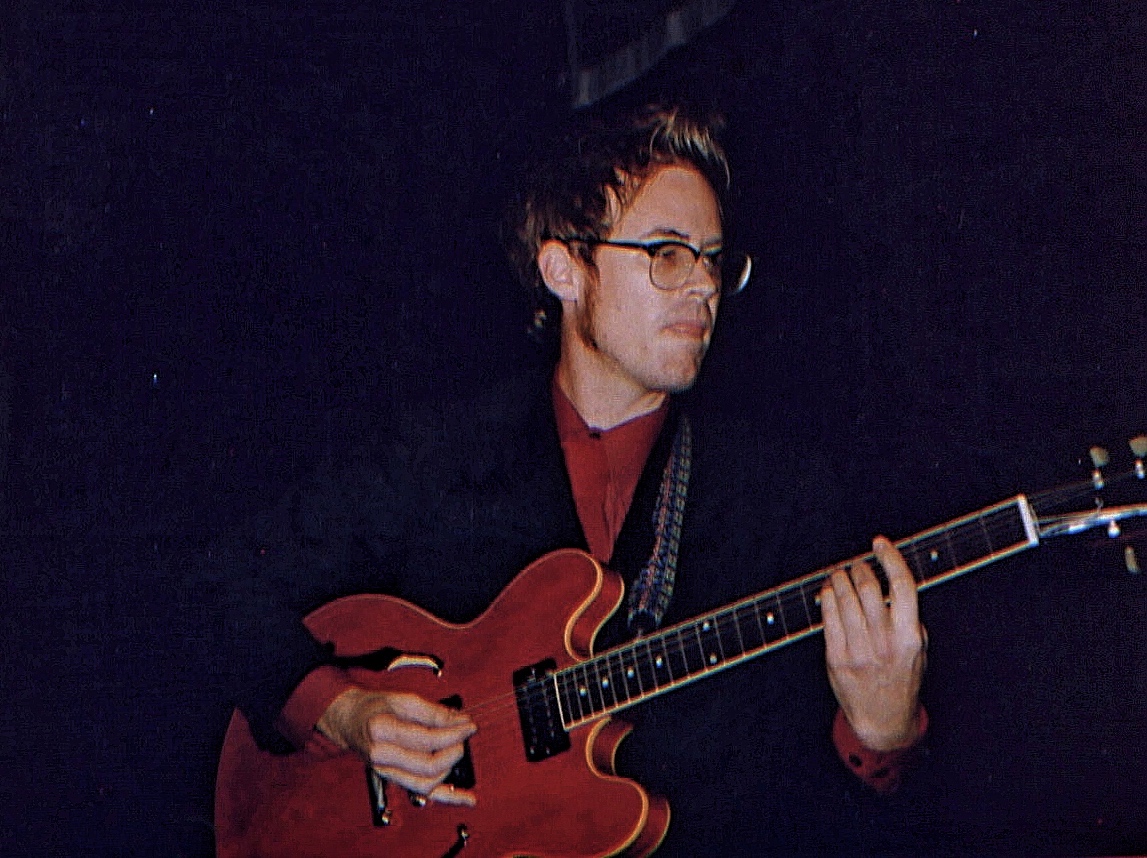 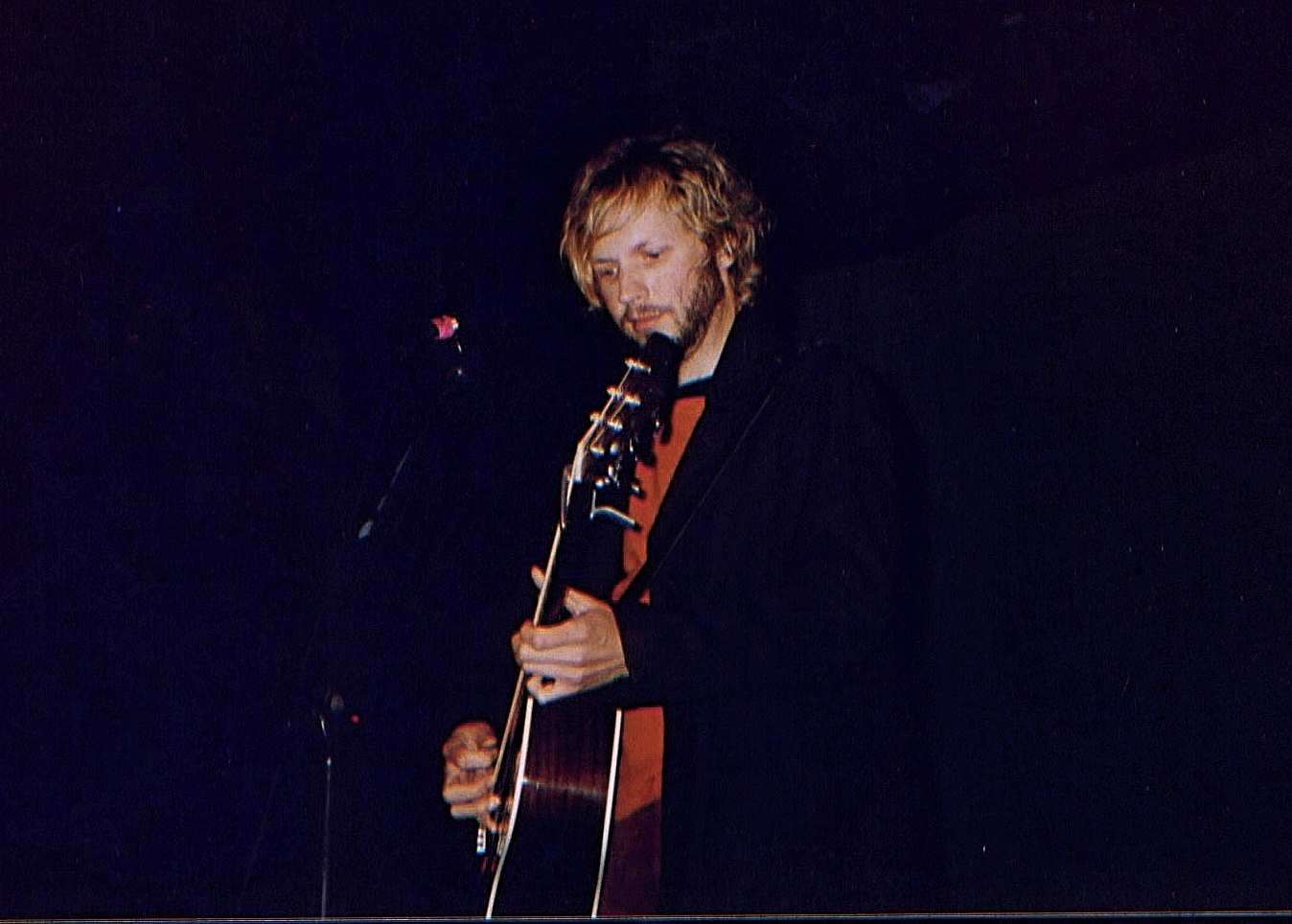 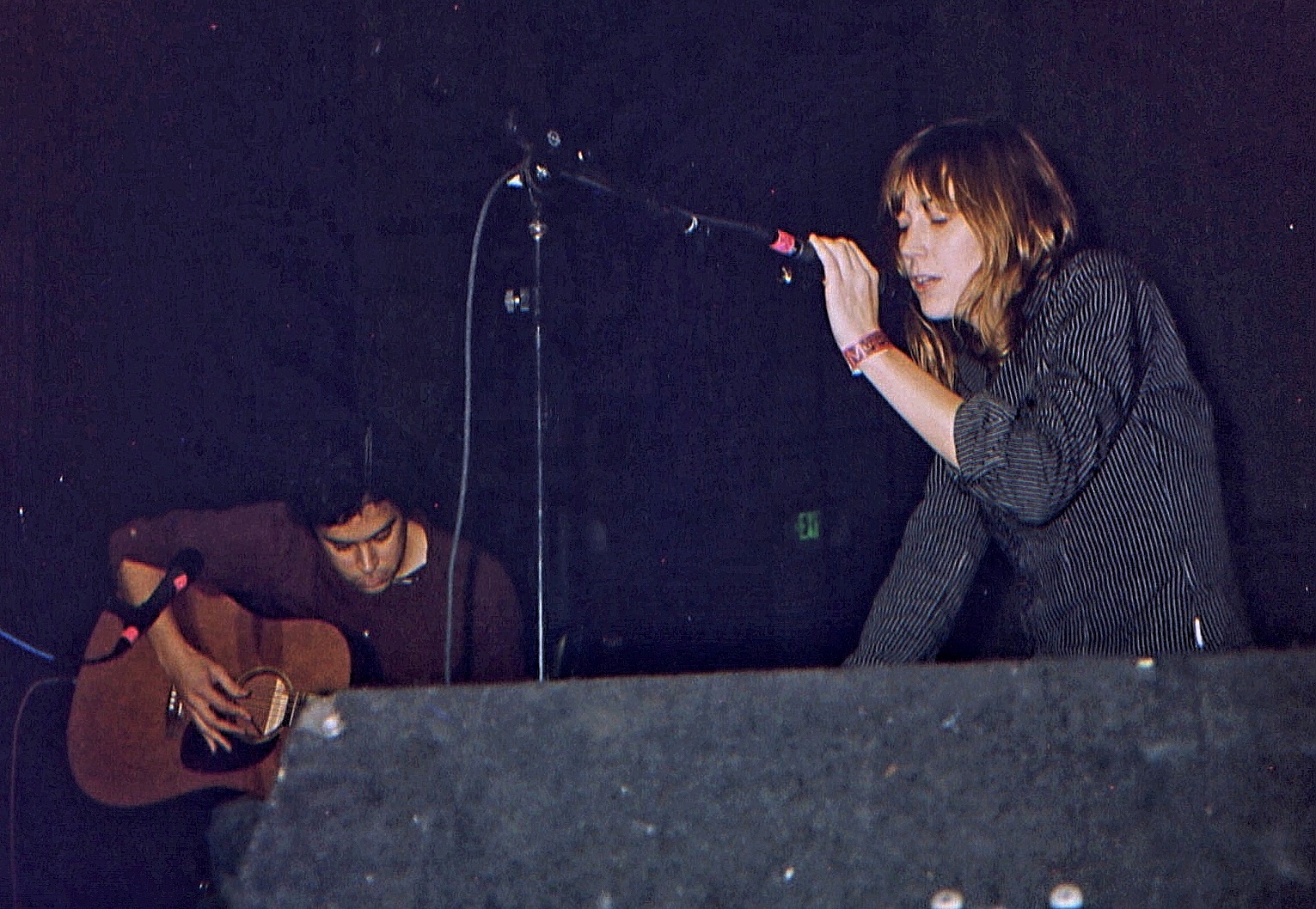 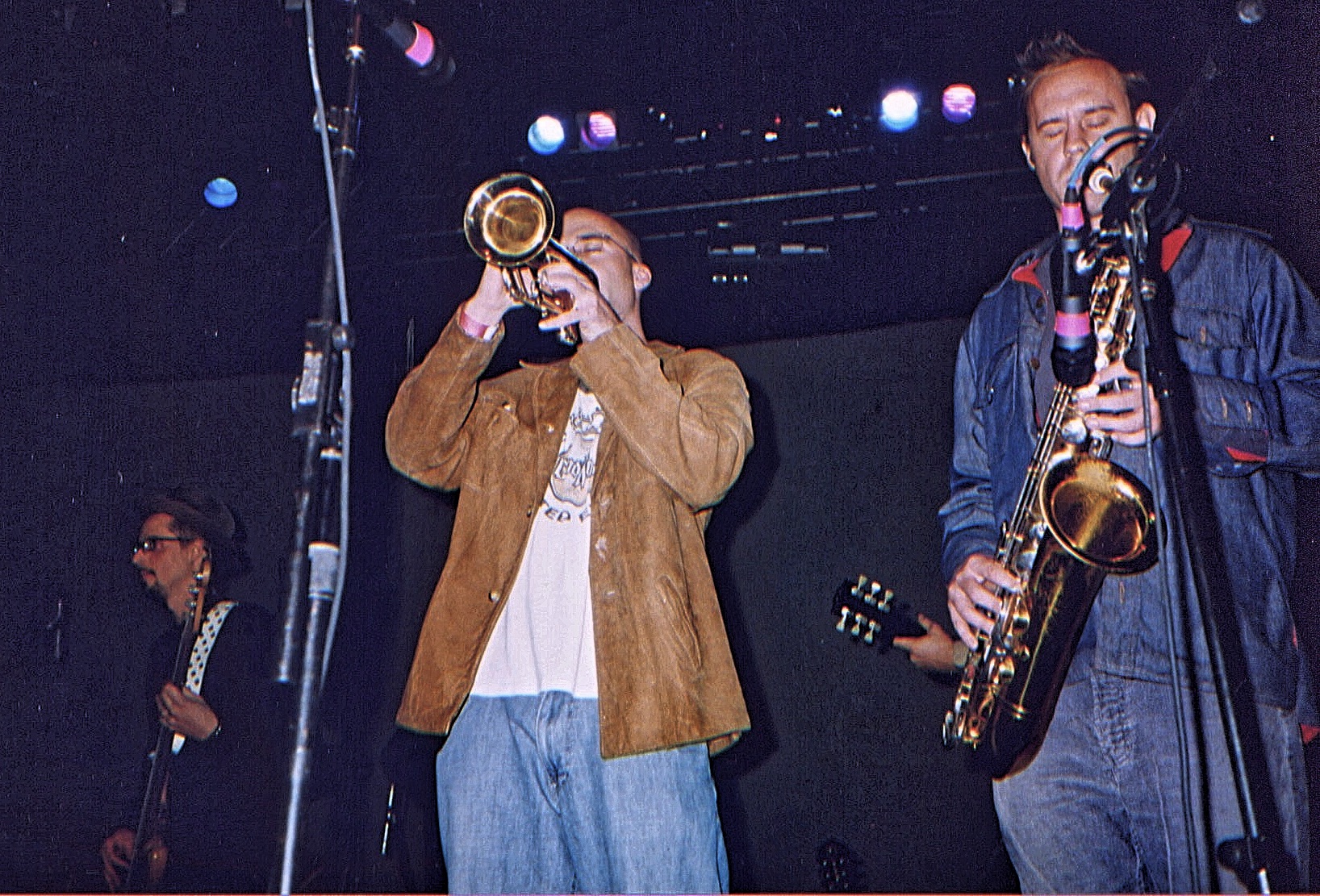 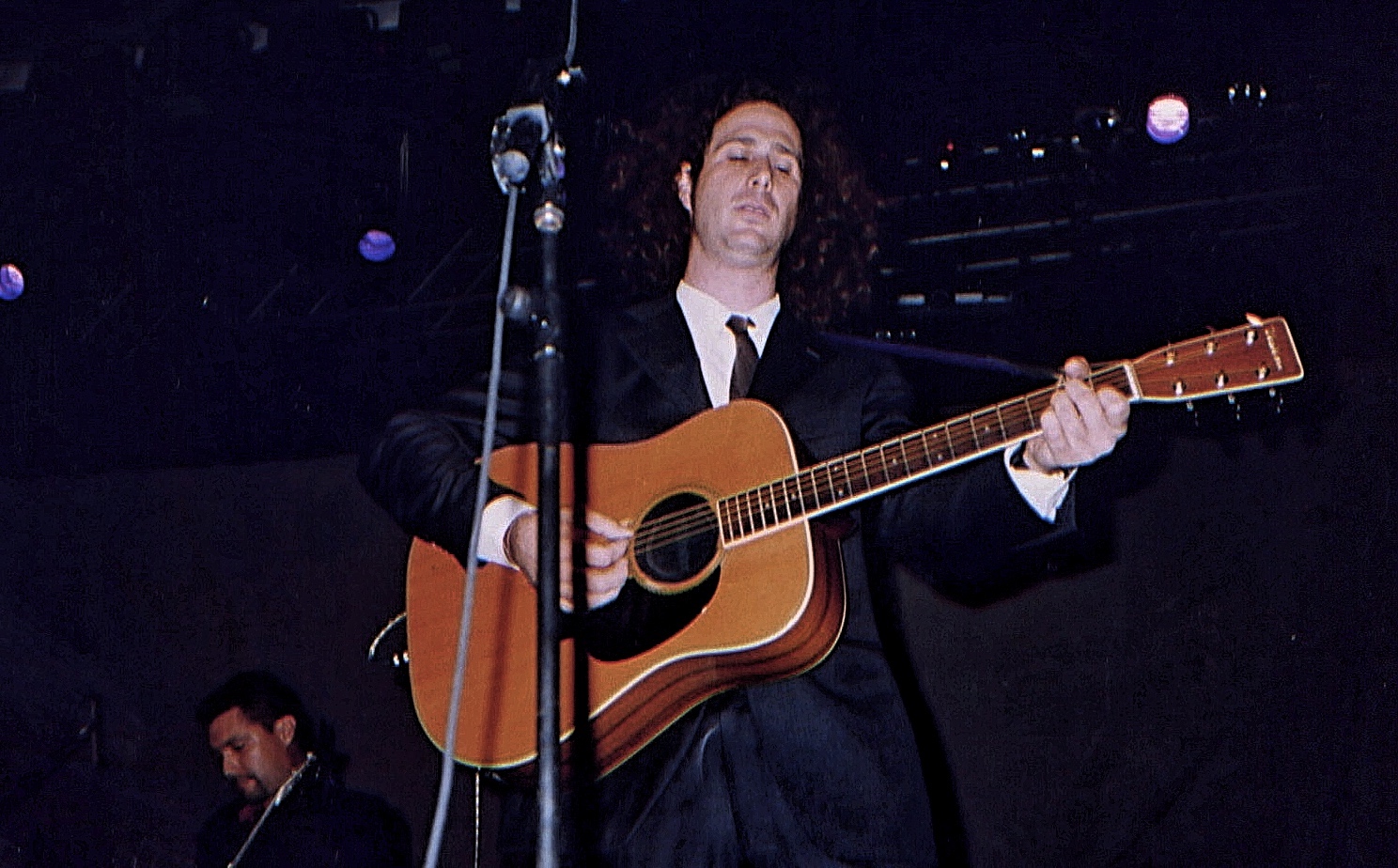 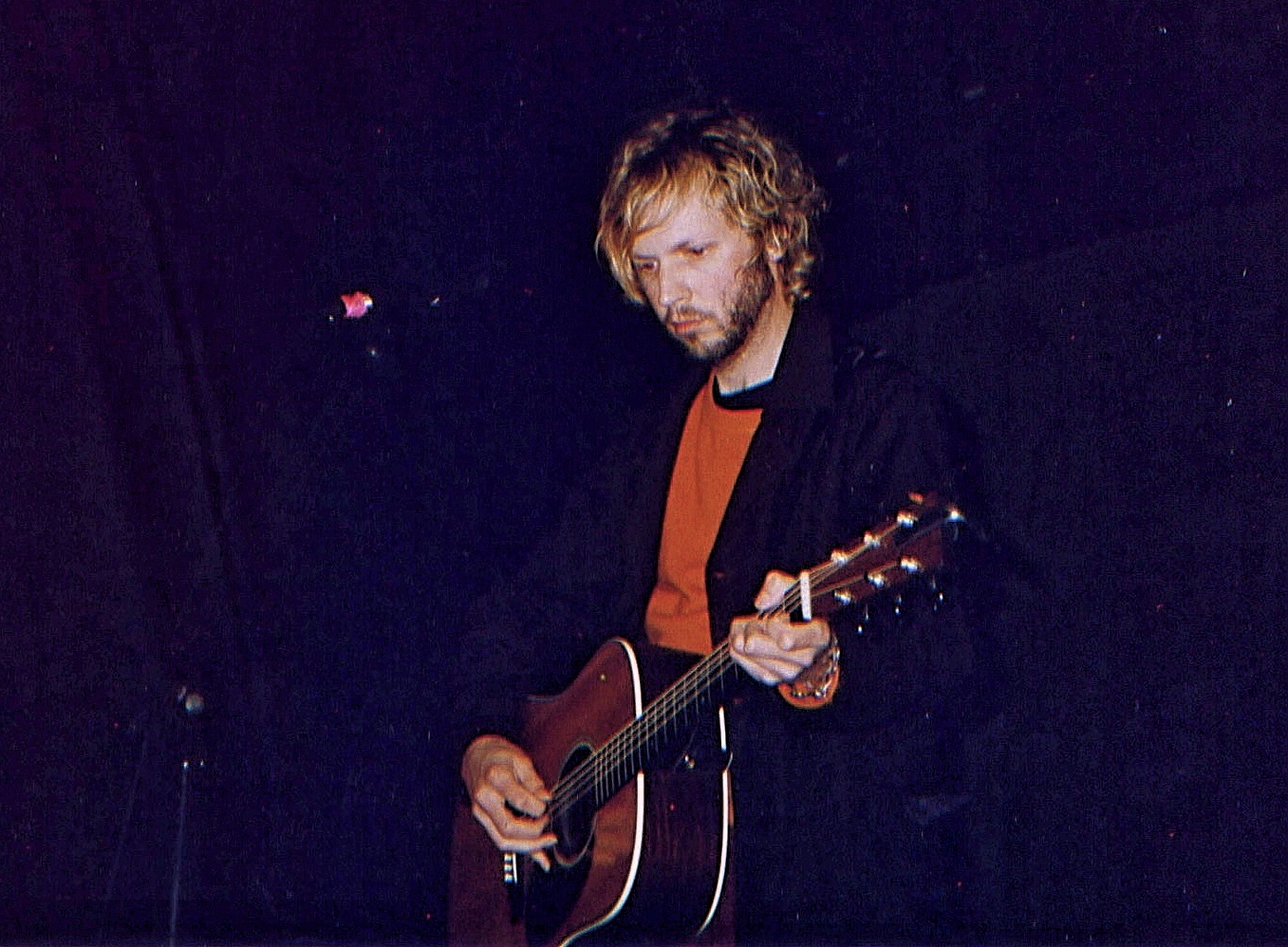 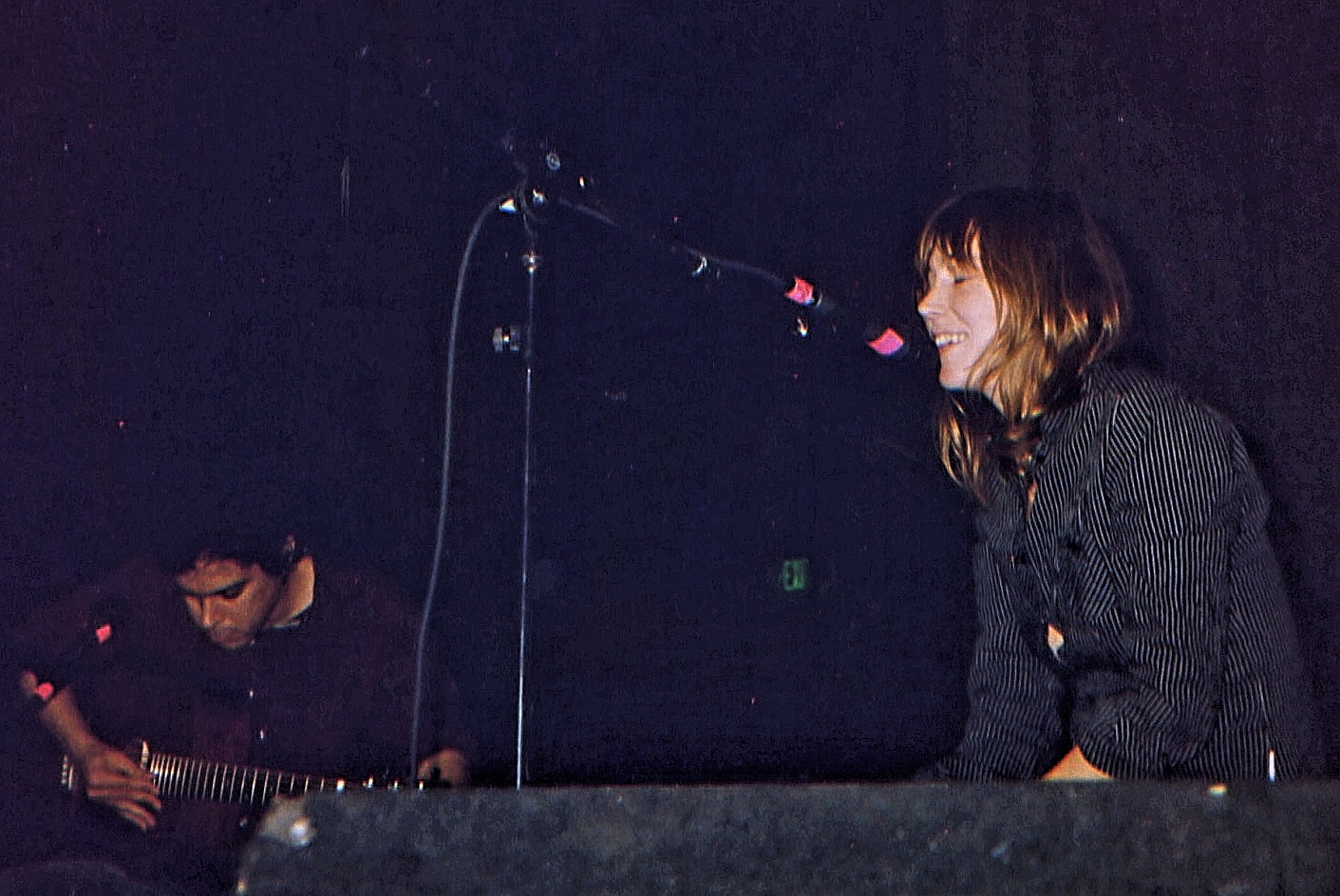 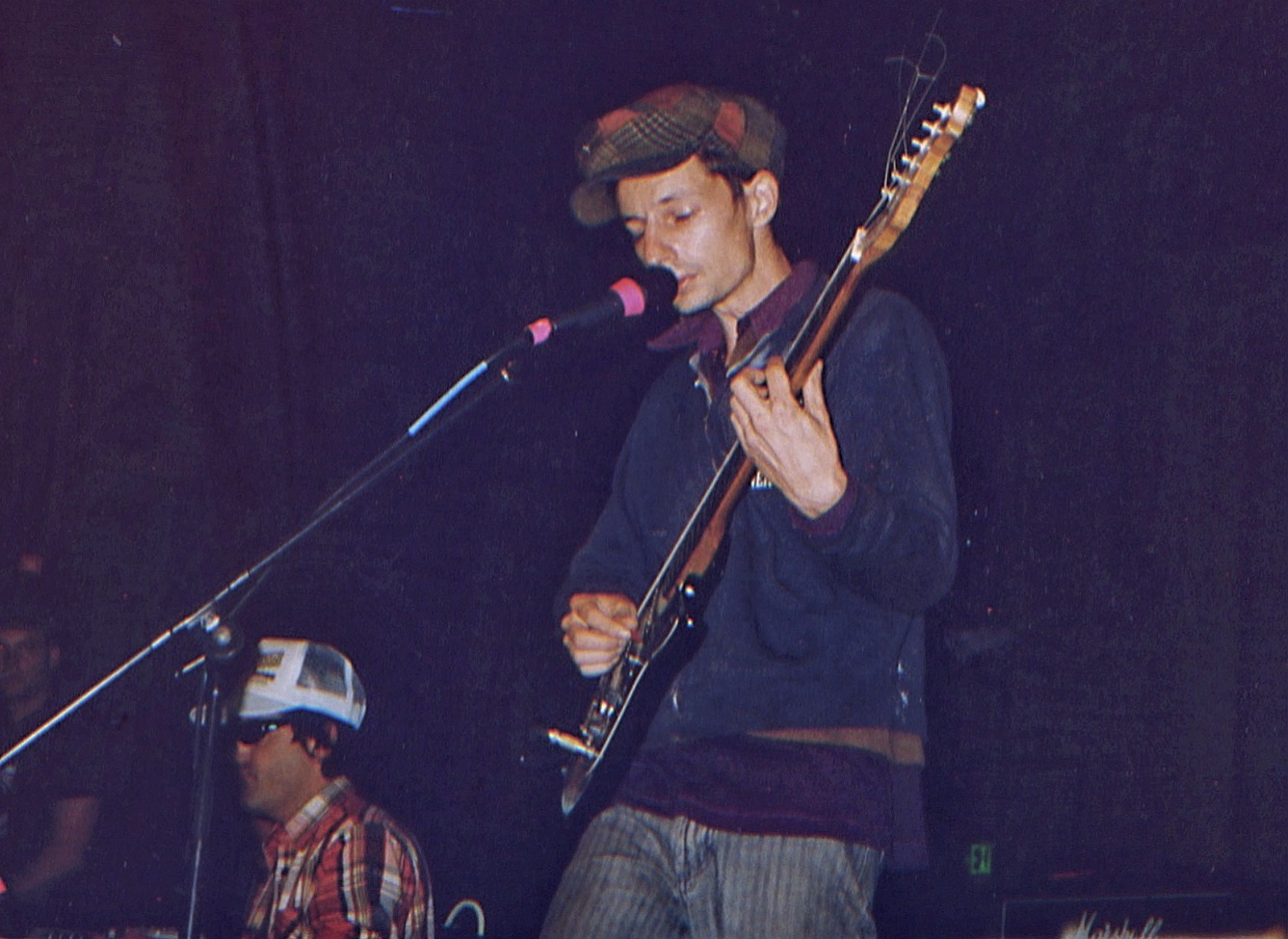 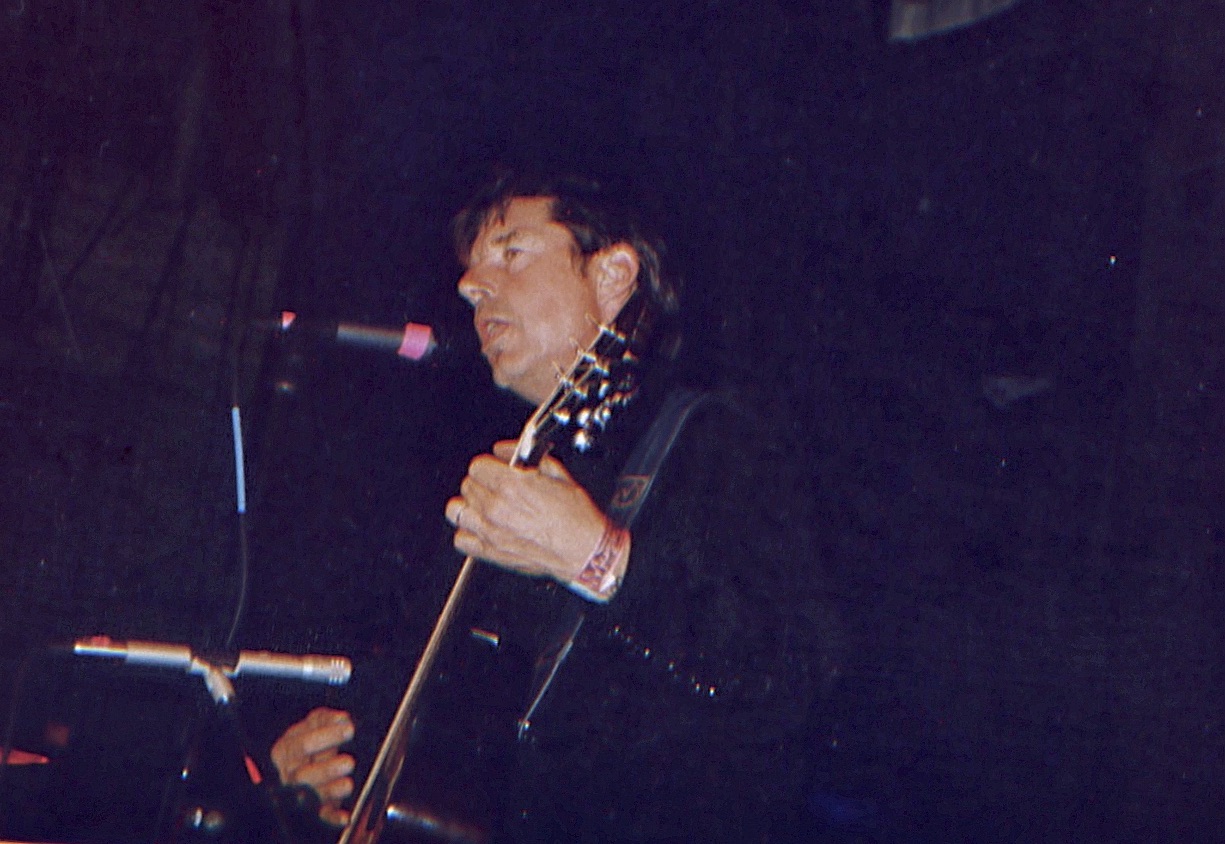 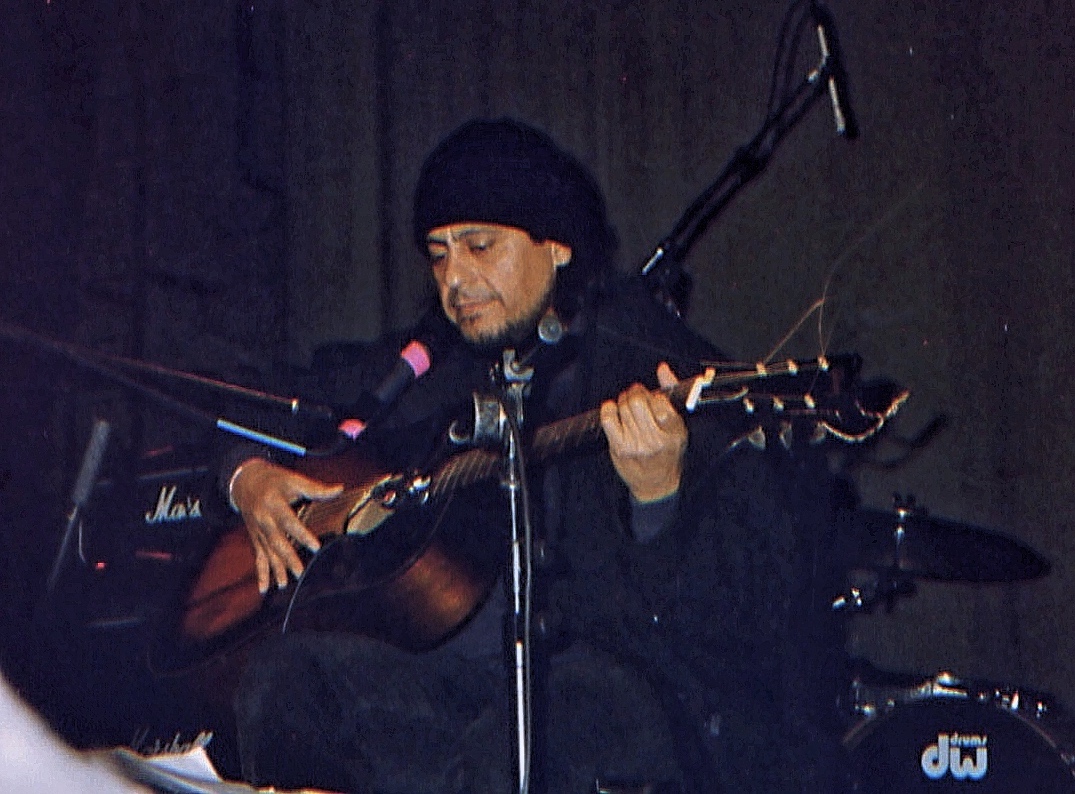 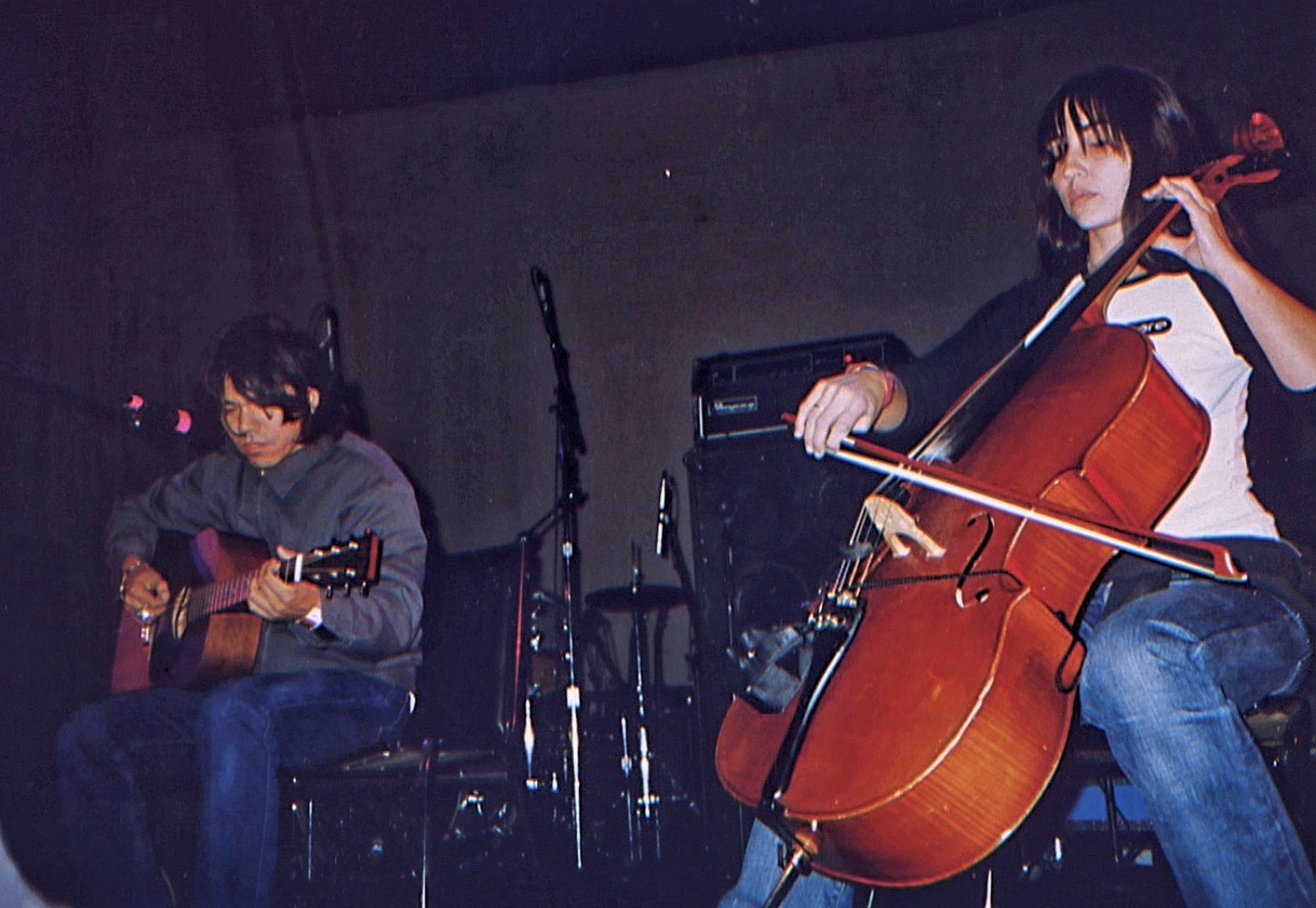