Elliott Smith And His Exes: When Is A Saint Not A Saint? 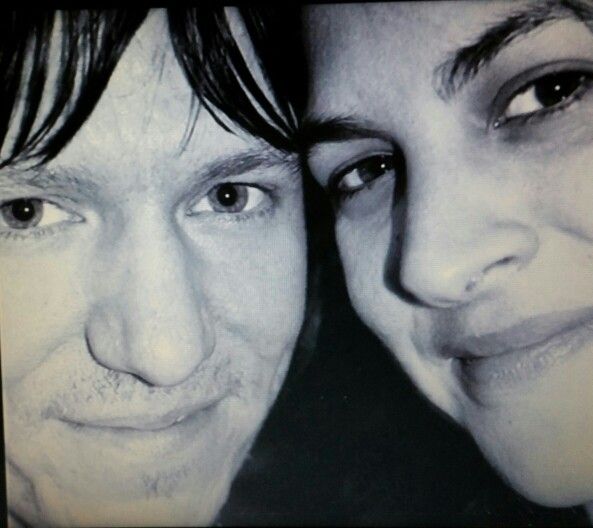 When you dig into someone’s life you inevitably find stuff you don’t want to know, and you feel like a voyeur even though this is not your intention. I am not digging into Elliott Smith’s life to know all the details of his love life, I am looking into his life to understand how he died, but I learned a few details in the process, details that I was not looking to know.

When a popular artist dies, there is often a sort of posthumous canonization of the said artist, not only most pop-rock stars sell more albums after their death for some incomprehensible reasons, but their star status gets a boost. Especially if they die young. Would Marilyn Monroe, James Dean, Jim Morrison, Kurt Cobain, Jimi Hendrix be the icons they are if they had lived till 80 or 90? There is also another layer of fascination when the person is believed to have committed suicide, a manner of death romanticized by literature.

I know why W.T. Schultz named his biography ‘Torment Saint’ – the misheard lyrics ‘Some torn mainsail’ from the song ‘Go By’ that Schultz chose to use anyway despite being told it was incorrect – but I don’t know if he was more attached to the ‘torment’ or the ‘saint’ part.

It’s true Elliott has been called the patron saint of the indie scene, or the patron saint of heartbreak, these are metaphors of course, but this saint image has been intertwined with his character. I met Elliott a few times, I have heard countless stories about his generosity and kindness, there is no doubt about the nature of his character and to paraphrase friend and filmmaker Ross Harris, ‘He was a lot of things. Asshole was not one of them.’

But it doesn’t mean he was a saint. Nobody is a saint of course, but a lot of artists who died decades ago benefit from our tendency to elevate a favorite artist to hero status.

I have already written about his complicated love life, but when researching Elliott’s life, I found out he was romantically involved with many more women than I previously thought. If all rock stars have a busy romantic life, it was a bit different for Elliott. He was in the middle of many lives at the same time, especially between 1999 and 2003: in 1999, he was still trying to solve his situation with Joanna Bolme, he started dating Valerie Deerin after his 2000 tour, and of course, he moved in with Jennifer Chiba during fall 2002, but she was already in the picture before that time. Although it was reported they had broken up, Valerie and Elliott met again in 2003, so nothing was ever definitive in his love life. And there were other women, the Place Pigalle girlfriend in France, he may have tried to reconnect with before his death, and at least one other young woman he had met in 1999 in Los Angeles. All this happened between 1999 and 2003 and these are only the people I am aware of. If this is very common for pop stars, Elliott’s relationships seemed intense and meaningful, we are not talking about groupies here.

Elliott did a lot of damage, even if it was not intentional, he hurt many people, and left a lot of unresolved emotions. The period she spent with him was so painful that Valerie Deerin has never accepted to publicly speak about it.

It’s difficult to know what Elliott’s intentions were, I have even heard he wanted to leave Chiba and move to Scotland with Valerie, but I have the impression he gave a lot of hope to several people. He may have been emotionally lost or undecided, he may have changed his mind a lot, but even though he didn’t want to, he made promises he didn’t keep and hurt many people.

Besides his love life, he also cut ties with many people he was working with, mostly because of his drug habit. Many of his close friends hadn’t talked to him for years when he died. Jon Brion for example has never talked about Elliott publicly since his death, probably for the same reasons: it’s simply too painful for him.

This happened in the very early ‘00s, but we live in very different times now, times when men are crucified for any faux-pas whether they deserve it or not. Look what happened to Ryan Adams. Even though Elliott was never perceived as arrogant or abusive, in a way, he also made promises he didn’t keep and left a trail of deception and bitterness behind him. When is a saint not a saint?