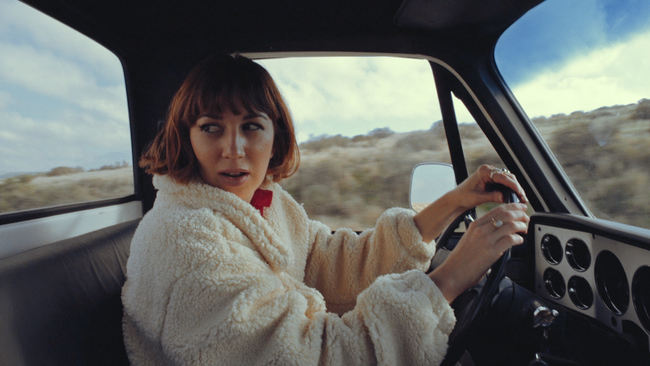 “‘Turbulence’ is a song about embracing the beauty in the ups and down in life. I share the same feeling as many of my artist friends right now that it feels strange to release art during a pandemic,” Vos says. “I created this video to share hope, to encourage, and to create connection in our oftentimes distant world. My intention behind this music video is no different now than it was a few months ago. Yes, this is a difficult time, yes, things will change, yes, it will be hard. But there is good in everything if you are open to it. Spread a kind message this week and let’s continue to reach out and encourage each other.”

In 2019, Vos released the Watch and Wait EP, an exploration of her 2018 diagnosis with cancer through a deeply personal lens. The project received critical acclaim from The New York Times, Uproxx, who called it “cathartic and confessional,” Earmilk, who remarked, “[Vos] pours her life and soul into this latest, and it’s breathtaking,” and more. Vos, now in recovery, went on to play a series of music festivals and embarked on a full headline tour.

Acclaimed for her dreamy soundscapes and songwriting that explores modern women’s lives in their totality, Vos’ 2017 debut album Words I Never Said—an inquiry into the postpartum depression she experienced after the birth of her son—was praised by the likes of Rolling Stone, HuffPost, Nylon, Coveteur, Dujour, MILK and Earmilk. Vos has consistently sold out shows across North America. With more than 250 million streams to date, Ella Vos’ songs have soundtracked ABC’s “Grey’s Anatomy,” MTV’s “Catfish,” E!’s “Life of Kylie” and The CW’s “The Originals.”