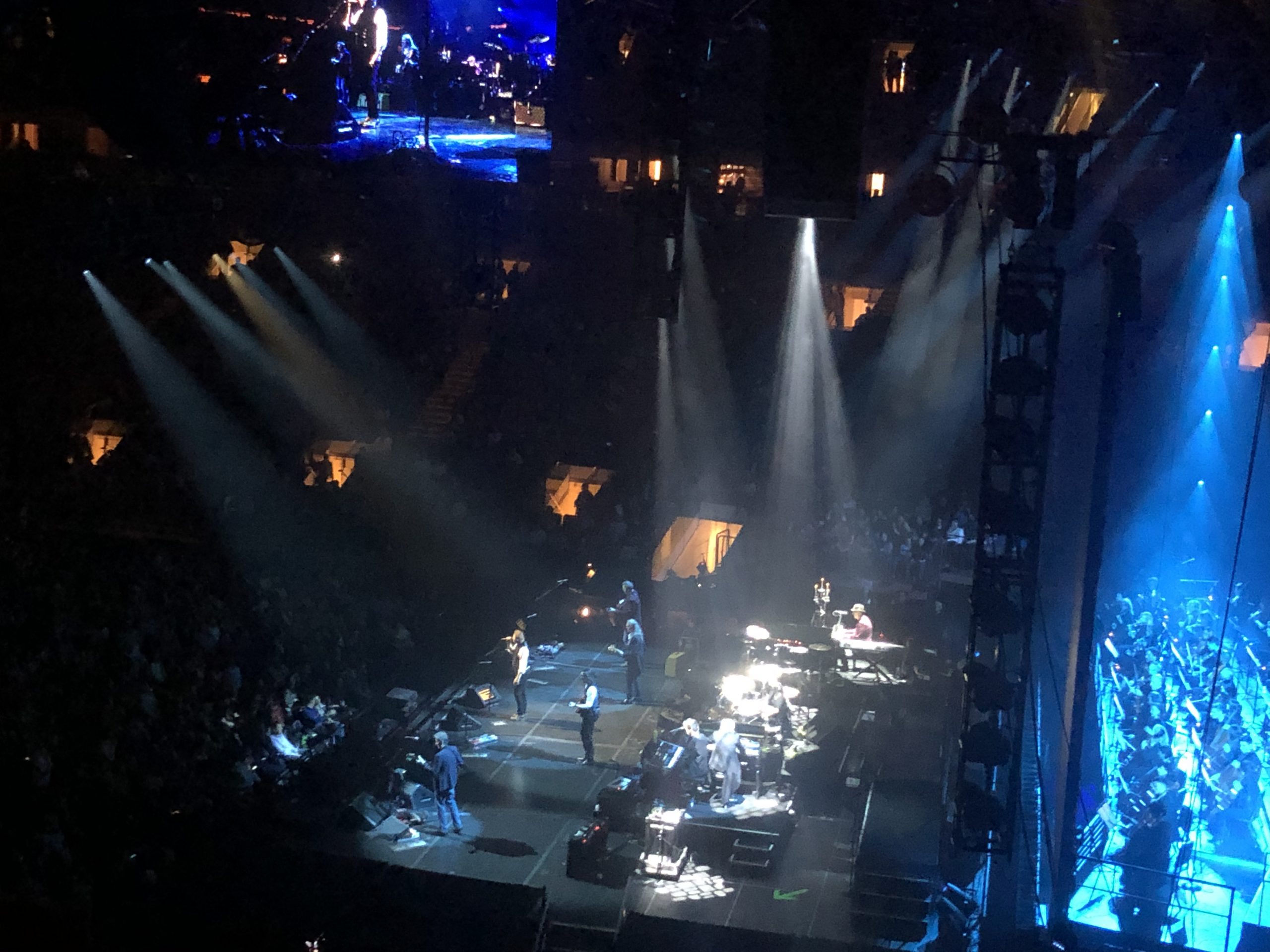 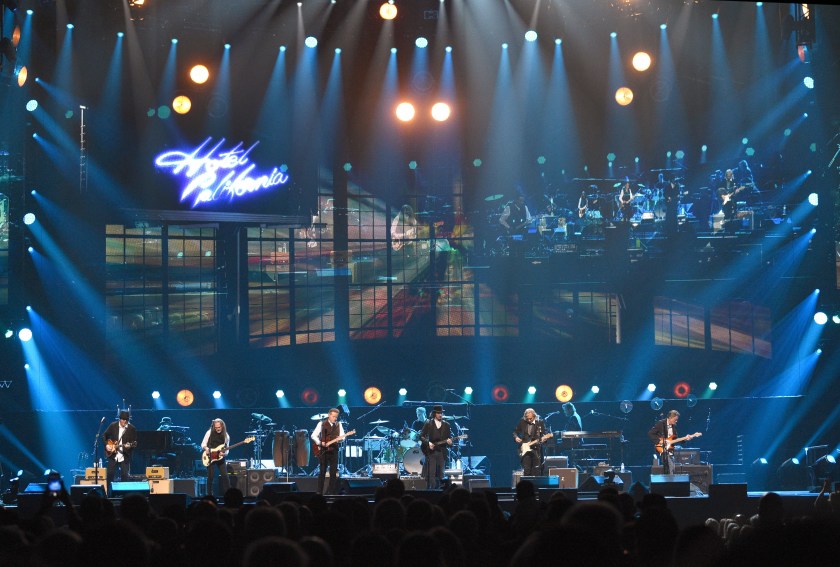 After they’d performed their 26M plus third best selling album of all time and taken a break, Don Henley compared (the) Eagles to Forrest Gump’s box of chocolates, except as he noted, some box of chocolates have a map on the inside of the box showing what every type is, “that’s the sort we are””. And if Don had added the word stale somewhere he might have had a point.

Eagles were back on the road, making millions every night to offset the loss of recording revenues, this is the fourth time I’ve seen em in ten years, regurgitating their repertoire with all the smugness and self-importance we might hope from them. Last night at MSG they checked in any time they liked and were  better than anytime I’ve seen em before and the reason is neither Hotel California nor the greatest hits package, it is that Vince Gill and Deacon Frey have grown into their roles. By the way,  lead guitarist Steuart Smith’s guitar solo on the title track was phenomenal, and the very next song the entire venue floats with  Gill’s sadness laced beauty of a vocal on “New Kid In Town” -the sort of singing that makes you wish he’d go back to his day job (surely an Amy Grant-Vince Gill tour would be a winner). Every time he opens his mouth the entire show improves quantumly. We expect greatness from Gill, we don’t expect much from the late Glenn Frey’s son Deacon, and we don’t much get it,  but the 24 year old king of nepotism was self-effacing and sweet in 2018 (here) and he was better last night, his vocal on “Take It Easy” was as good as Jackson Browne and a touch better than daddy, the way he keenly tackles “lighten up while you still can” soars and his youth makes it so much better, he still has time, of course.

That leaves us with Don Henley and Joe Walsh. There are two schools of thought on Walsh, one considers him the crown prince of (classic) rock who can write songs with vastly more bass and drums than his competitors in the band, he gets funky. I guess. I can’t take him at any price, and why Don lets him get away with hijacking the Greatest Hits portion I don’t know, but around the three quarter mark Walsh rattles off three of five songs, and one of the others is “Those Shoes” that might as well be a Walsh, and it kills me everytime they do it, I find myself eyeballing my watch and wondering about the trip home; Walsh isn’t good enough to be a cliche even as he remains a cliche,  too rigorously aware as a goofball and solo? Just terrible opening for Tom Petty in 2017, he is an irritating guy and while I love his guitar playing I don’t like his songs at all.

And then there is Don Henley. Henley said more about the corruption of naivete, the end of the innocence if you prefer, on  “The Boys Of Summer” then he does on the entire Hotel California album, disrupting ego through self-regard is his platform. And the problem is that to be against the assholes you can’t be an asshole yourself. Henley is an asshole, from a voice that, in Steve Crawford’s memorable words, sounds like a castrated dolphin (here), to an attitude so repulsive that a groupie once told how he smelled bad, had dandruff, and was very ill mannered (girls wanna be fucked, not fucked over). Perhaps that explains Henley’s songs of teenage level romance, all that “One Of These Nights” searching for the daughter of the devil himself (that would be Sabrina on Netflix) cliches that don’t actually exist and revenge against women (“Already Gone”). These are songs for teen boys who have yet to have their first date, sexual myths. Then there is Napster, and then there is his public comments about Eagles disbanding after Glenn’s death, at the time I wrote there is no way Henley was leaving all that bread on the table. Even the 46 piece orchestra was useless, there purely for “The Last Resort,” and it sounds great and wearying at the same time. Henley never seems to be having fun and he backed into the evening with his traditional, sleepy self snoozeathon. It is the definition of going through the motions, a robotic in and out of tour and why? Here is one reason: their History of the Eagles tour in 2016 grossed $253 million and sold over 2 million tickets to 147 shows. Hotel California has two killer songs, three if you include the title track (which I don’t), and a whole lotta meh: that makes it typical numbers for an Eagles LP. I wrote a post about how much Eagles suck a coupla weeks ago, and people couldn’t understand how I could give their first four albums “C”‘s and that Their Greatest Hits (1971–1975) an “A”, the reason is the band were good for three songs an album, if you put them all together you get a goodie that deserves to be the best-selling album of the 20th century in the United States, that’s the album they should tour behind.

It’s a touch asinine to complain about getting what you knew you were getting, stale chocolates, from Eagles. It’s a known entity that functions as the opposite of the spirit of rock and roll, plodding rockers with advice to burn, (take it easy and to the limit is just about everything they have to say) and some deliriously beautiful country rockers -enough to sustain a lifetime even as it slices and dices “we will never be here again” -actually, we can never leave.