“Dr. Who: Revolution Of The Daleks” Reviewed 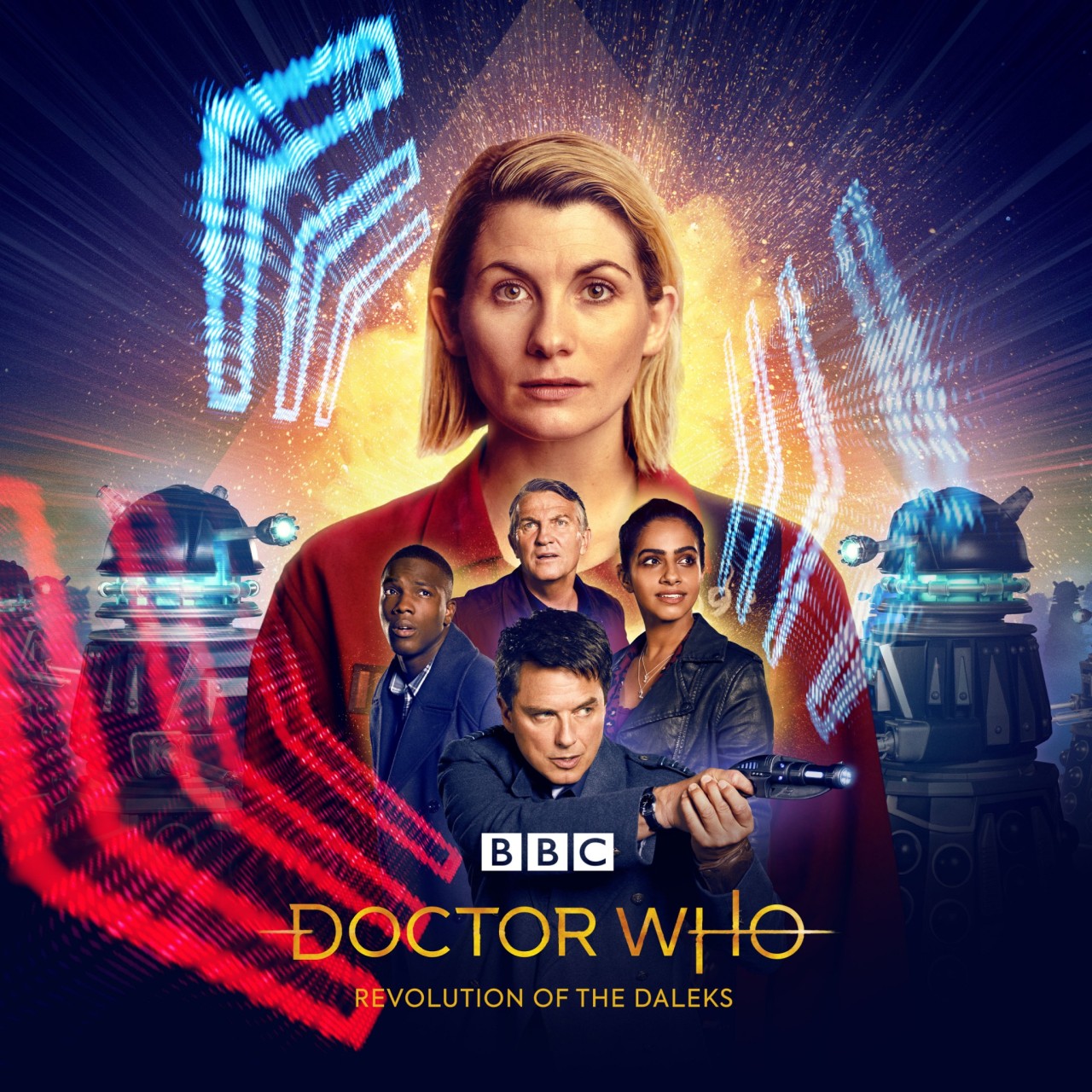 Friends, Time Travellers, Country Men, I come to bury Dr. Who not to praise it. The New  Year’s Day primetime in the UK’s  “Dr. Who: Revolution Of The Daleks” is the bottom of the barrel. As the show has been on a steady downward spiral since Matt Smith, the 11th Who, regenerated. In what appeared to be a killer piece of casting, Peter Capaldi followed as #12 was a huge disappointment, and #13, the current and first female Who, Jodie Whittaker is worse. At some point during the New Year’s special  it jumped the shark (don’t expect the 13th season, actually the 37th season but we don’t talk about anything before 2005, till Autumn 2021), the exact moment was when the sullen and arrogant AND dull,  never team player Ryan Sinclair (Tosin Cole) lectured the Doctor. The Doctor was imprisoned for the past 30 odd years, though only ten months in our time, didn’t keep in touch because SHE WAS IN PRISON. Ryan had been worried, all three companions had no clue how to save the Doc and she would still be there (the guys gave it up completely). The urge to smack him in the nose was overwhelming and thank God Ryan and his step-grandpa Graham O’Brien (Bradley Walsh) chose to end their adventures, their farewell appearance and good riddance.  Why? Surely it is at least clear that Ryan could go away for a thousand years with the Doctor and miss very little of his time on earth, so why is there a hurry? And while is he giving the Doctor the stink eye?Did I mention SHE WAS IN PRISON.

Jodie Whittaker is a fine actress, and she manages her time on just the right side of asexual (Matt was maybe too hot), but she is made to suffer from empathy to unconscionable degrees and suffers in comparison to her companions (I mean sidekicks but that’s their word), three. We’ve mentioned Ryan and Graham, but the one that remains is Yasmin Khan (Mandip Gill), who adds a confusion dollop of repressed homosexual desire between the companion and the Doctor, and knowing the who scene as well as we do, it is clear that if Doctor #10 (David Tennant) and Doctor #11 (Matt smith) aren’t going to get laid, Yasmin doesn’t stand a chance of getting into #13 panties. So… why bother? Yeah, and what did they do to the great Captain Jack, who saves #13 from prison but loses his coolness, is awful.

To be honest, everybody in the Christmas Special  isn’t seasoned enough.  The “Revolution Of The Daleks” is a slog through exposition and self-analysis, a slog of making Whittaker a woke leash she has no use for. I don’t blame her, she is scuttled by the writing and the showrunner Chris Chibnall, and while it is unfair to flog him with Steven Moffat, who was clearly past his prime with season 10, but Chibnall never even reached his prime, he always got Jodie wrong. Personally, hopefully we survive season 13 and get another female Who and I know Who should who: Carey Mulligan. she also happens to have starred in one of the greatest episodes in the past fifteen years.

The story of the special finds the companions despondent in London for ten months till Captain Jack rescues the Doctor and return to earth in time to set one buncha Daleks against another and then polish em off, between long, brutal conversations about how the characters feel. Remember that Christmas special where who and co delivered London from aliens in time for the first snow? Neither do they.