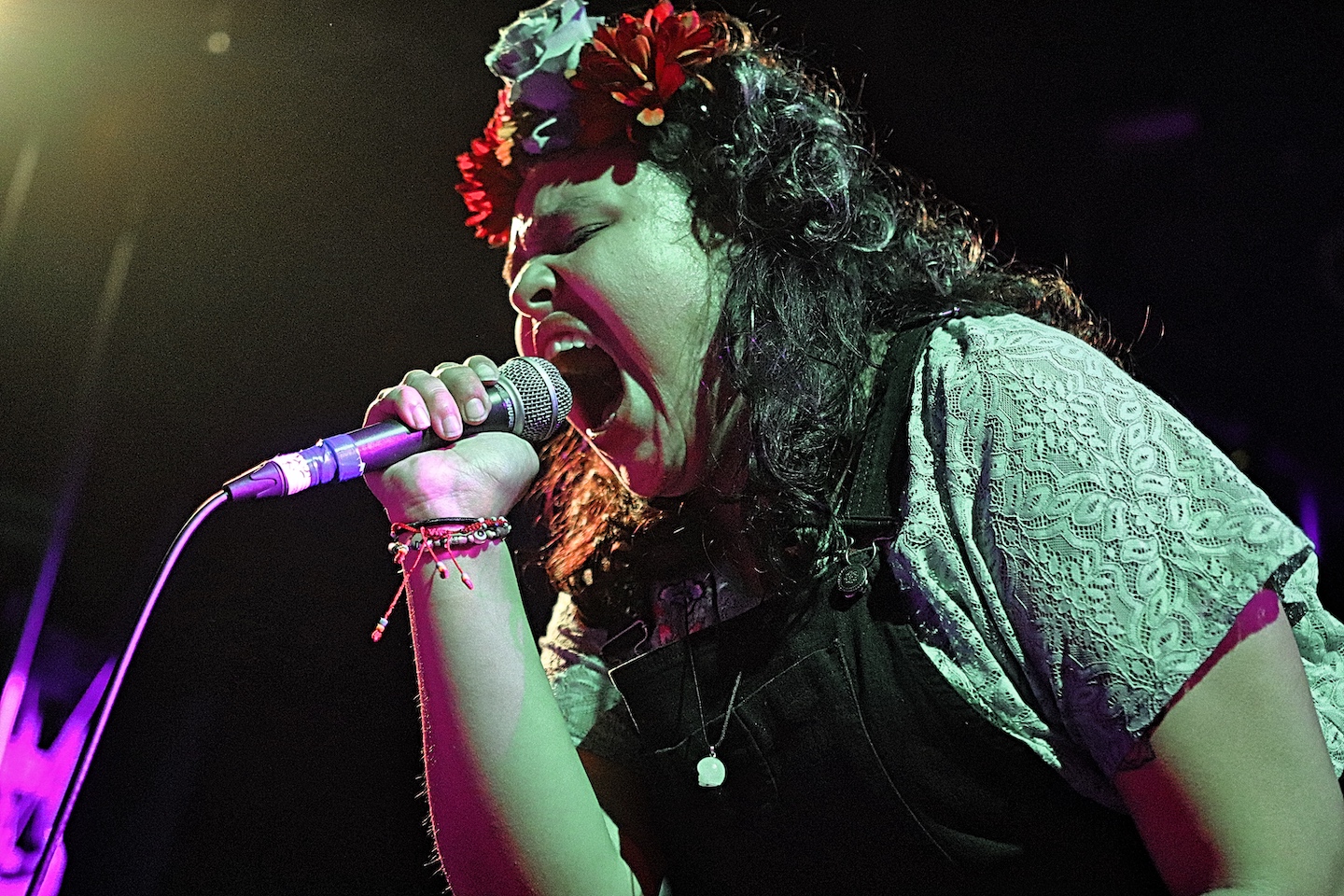 Downtown Boys a few years ago

If you missed Don Giovanni marathon concert, ‘Live at Home’, last week, there is still plenty of time to check the 20 bands which played almost all day long on Monday. The performances are now archived on the label’s YouTube channel, in several separate 30-minute long videos.

I watched just a few of the performances to have a taste of the very long event: Ex-Washington, D.C. Bad Moves gave a sample of their new record with some high-energy melodic pop-punk songs taking inspiration from power pop and executed with an upbeat and profound conviction. Ex-Titus Andronicus Amy Klein played a distorted and fuzzy guitar with a dark sensibility and high-pitched vocals. Dusk’s Julia performed a few songs on piano with her powerhouse and a certain sense of humor, as well as a few of her own. The Asbury Park-based Teenage Halloween had interesting and personal pop songs with catchy melodies sung with raucous vocals while the singer announced they had just signed with Don Giovanni Records.

Worriers’ Lauren Denitzio rocked her songs which were showcasing her beautiful Dolores O’Riordan timbre, while Ph.D. rapper Sammus executed her rap songs with plenty of enthusiasm over a tape of her own beats. Noun was none other than Screaming Females’ frontwoman Marissa Paternoster doing a solo thing with her incomparable shredding and howling style, and the always very political Downtown Boys raged with that angry howl about white supremacy, police brutality, racism and capitalism from their own cozy home studio, while even reworking a famous Pretenders song.

Of course, all these performances pf ‘Live at Home’ are stripped down to one or sometimes two people, but their intimacy allows us to appreciate all these artists in a simple setting till we can see on stage soon.