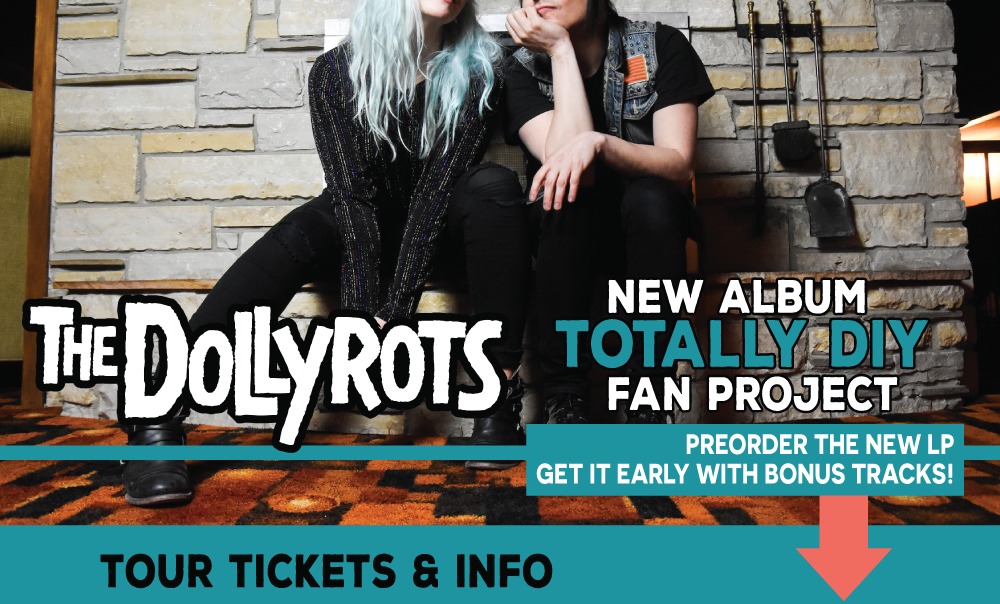 SEE THEM ON THE PARTY TIME EXCELLENT TOUR THIS MONTH

Punk-pop duo the Dollyrots have been invited to play the Vans Warped Tour 25th Anniversary Celebration at Shoreline Amphitheater this July. Tickets on sale today at: https://fanlink.to/VWT-25thAnniversary

The band recently locked themselves away at Minnesota’s famed Pachyderm Studios to record their 7th studio album which will be released this summer.  The twosome has decided to take the DIY approach with the upcoming release and supporters will find plenty of bundles, exclusives and unique items at the band’s new album project store. Check it out here: https://the-dollyrots.myshopify.com/

To make fans, friends, and followers part of the experience over the next few months, the Dollyrots will be releasing a series of behind the scenes studio sessions for each new song. They are kicking it off today with The Making of “Oblivious.” Check it out here:

Also, the Dollyrots will be embarking the Party Time Excellent Tour kicking off March 12th in Atlanta with the last stop on March 30 in the band’s second home of Los Angeles.

About the Vans Warped Tour Celebration Events: In celebration of the final year, fans can expect the heart of the Vans Warped Tour experience to be intact, but presented on a much larger scale. Each stop will feature 50+ bands across multiple stages, Vans iconic vert ramp with cameos by Vans skate team, and an art exhibit showcasing moments and artifacts from the tour’s history. The Anniversary Events will continue to host a wide array of incredible non-profits and educational experiences for attendees. A Voice For The Innocent, American Red Cross, Can You Hear Me?, Down to Vote, Feed Our Children Now!, Headcount, Hope For The Day, Keep A Breast, Living The Dream Foundation, MusiCares, To Write Love on Her Arms, and Truth will all be involved this summer.

See the  Dollyrots on the Party Time Excellent Tour this month.

March 19 • The Melody Inn • Indianapolis, IN