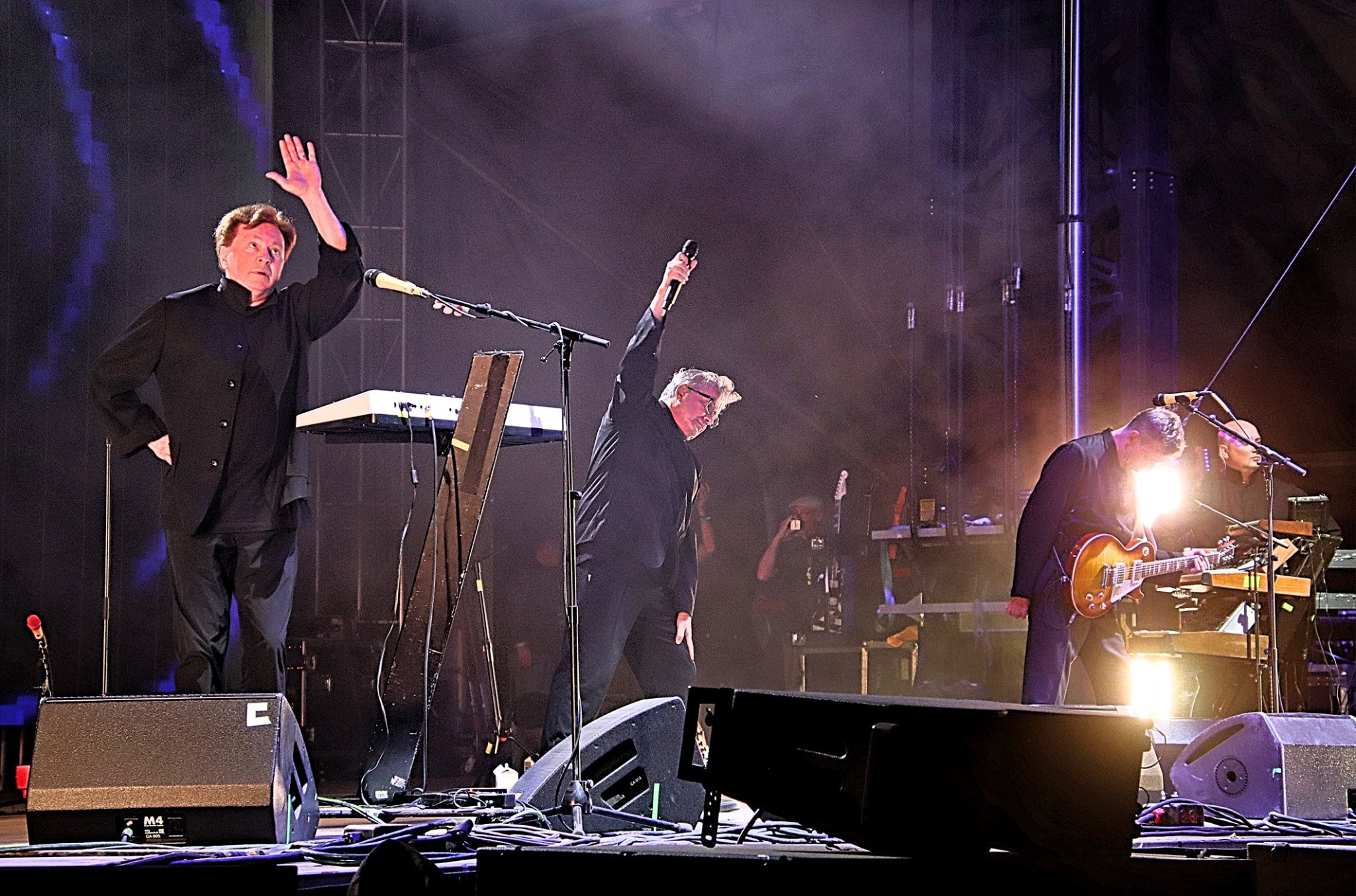 Desert Daze day two was even busier than the first day, but it undeniably was Devo day,… sorry for all the Ween fans out there… There were indeed many people wearing the iconic red hat, and even Parquet Courts’ Andrew Savage wore one during his band’s entire set.

I had to make choices, it is always the difficult dilemma of music festivals, but early afternoon, the choice was obvious, as the Theatre tent was taking over by the new Queen of punk, tongue out and legs apart, you have guessed it, Dani Miller of the band Surfbort. They caused a riot, and probably had one of the dustiest parties of the day, as she disappeared several times in a cloud of dust, screaming, laughing, wallowing in the middle of the crowd. She is a fearless frontwoman, always ready for some crazy, trashy, glam punk performance, while crowd surfers join the chaos – and this year, people had taken the term literally as I saw several of them using real surfboards!

Parquet Courts have become a very popular band, but if you see them live, you completely understand why: They have the catchy melodies and the crazy raw exuberance, and their high-energy set at Desert Daze had long jams, unleashed punk punches and even anthems to shake your hair along. Jelloman, a long hair surfer standing at the top of a surfboard, added some insanity to the scene, as he was catapulting Jello-shots to the crowd while surfing the human wave.

Jjuujjuu played their famous long psychedelic jams, but it was the first time I was seeing them in plain daylight, as they usually perform in the dark in front of psychedelic projections. This time, they were wearing white lab coats as if they were chemists working in a lab, and they may have wanted to tell us something about their very special alchemy.

But Devo stole the day with a fantastic set of iconic hits and some fun and cartoonish energy, especially remarkable when Mark Mothersbaugh reappeared as a pom-pom girl and as Booji Boy at the end of the set… if you are not familiar, he is a child-like character portrayed by Mothersbaugh in an attempt to satirize infantile regression in Western culture! Anyone would have recognized 99% of the songs, ‘Don’t Shoot (I’m a Man)’, Peek-a-Boo’, ‘Satisfaction’, ‘Whip It’, ‘Girl U Want’, ‘Uncontrollable Urge’, ‘Freedom of Choice’… and plenty of other ones, defining an era but still resonating today. The band has only played 2 concerts since their 2014 tour, so their set may have been the most anticipated one of the day, and they, however, made us wait for a bit, with the screening of a mini mockumentary/fake reality TV working like a De-Evolution joke on corporate culture. How to revamp Devo in this internet/corporate era? Bringing back the band involved an army of people, who basically only managed to change the color of Devo hat from red to blue. It was a long introduction, but as soon as the band entered on stage, they were as tight as you would have asked for, as fun as you would have wished for, working on five cylinders with robotic moves and a jumpsuit change from black to red mid-set. The music still sounded modern and unruly and still incredibly catchy, whereas the crowd was not exactly the one you would have expected for a veteran band like Devo, there are apparently plenty of kids who are worshipping Devo.

Desert Daze didn’t get too political, sure there was the obvious ‘Fuck Trump coming from Surfbort’s Dani Miller, while Devo’s Gerald Casale asked us how it felt to be governed by a ‘tyrant minority’, but there was also Pussy Riot, whose political involvement doesn’t need any introduction. Led by Nadya Tolokinnikova, who performs balaclava-free these days, they did a harsh set of electro-punk-rap with some curious pop parts, all bathing in red light and smog, which soon turned into a punk rave party with the crowd participation. If you hadn’t known she was the one who was jailed by Putin, the political message may have been lost in translation.

Ween followed Devo on the Moon stage with crazy fans around smoking weed and screaming at everything they were playing, and I mean everything as Ween is a truly unclassifiable band, embarking into super long bluesy guitar solos, then going quite funky for a while, before playing a sort of campfire country song with a velvet Elvis quality. They played the entire ‘Chocolate and Cheese’ album with really crazy drunk excitement around me and added a new level at the common ‘eclectic’ adjective.

Late at night, Flying Lotus went all 3D with special glasses to watch his very visual show, which sometimes looked like a new ride at Universal Studios, Even his horror-fantastic desk was borrowing something from Game of Thrones or Harry Potter, while his electronic music was venturing into hip hop, R&B and beyond.

My day ended with grindcore band the Locust and their bloody scream over experimental hardcore aggression, and I left the site at the sound of Connan Mockasin covering Dolly Parton’s ‘I Will Always Love You’ in the background but it was already close to 2 a.m. 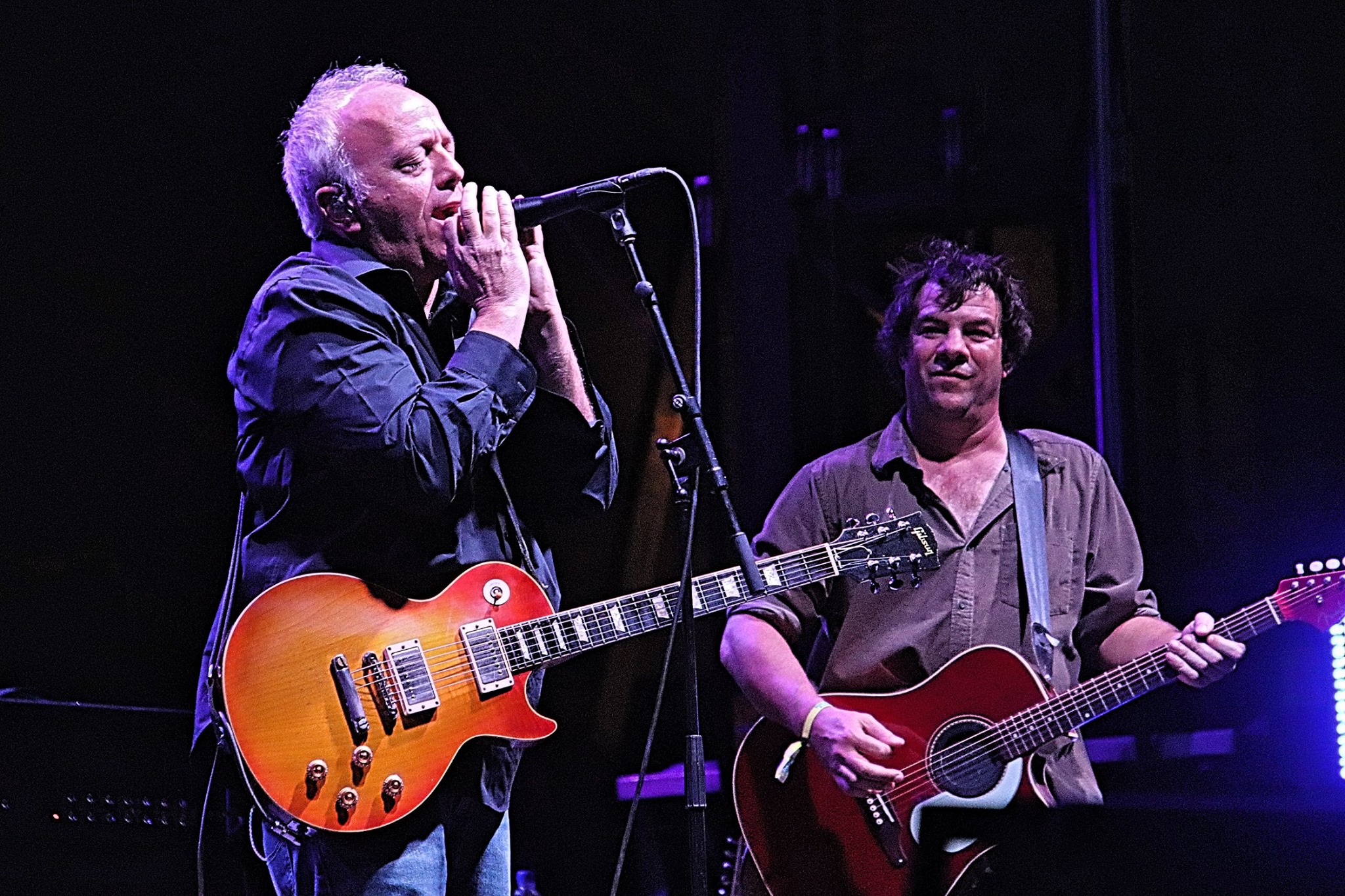 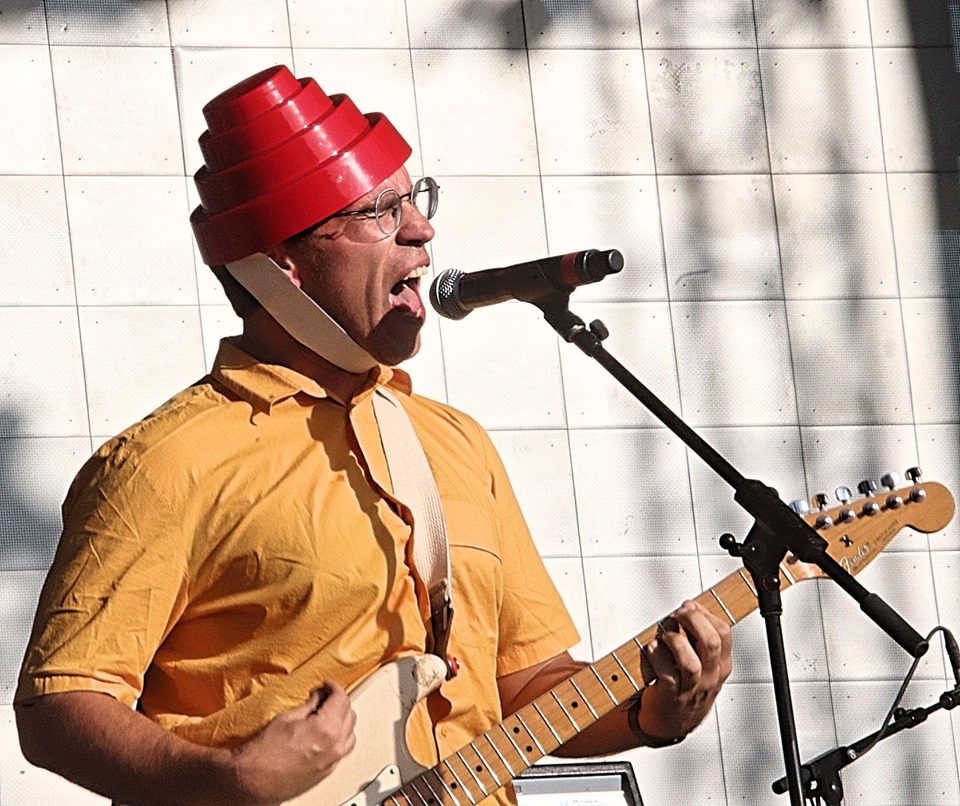 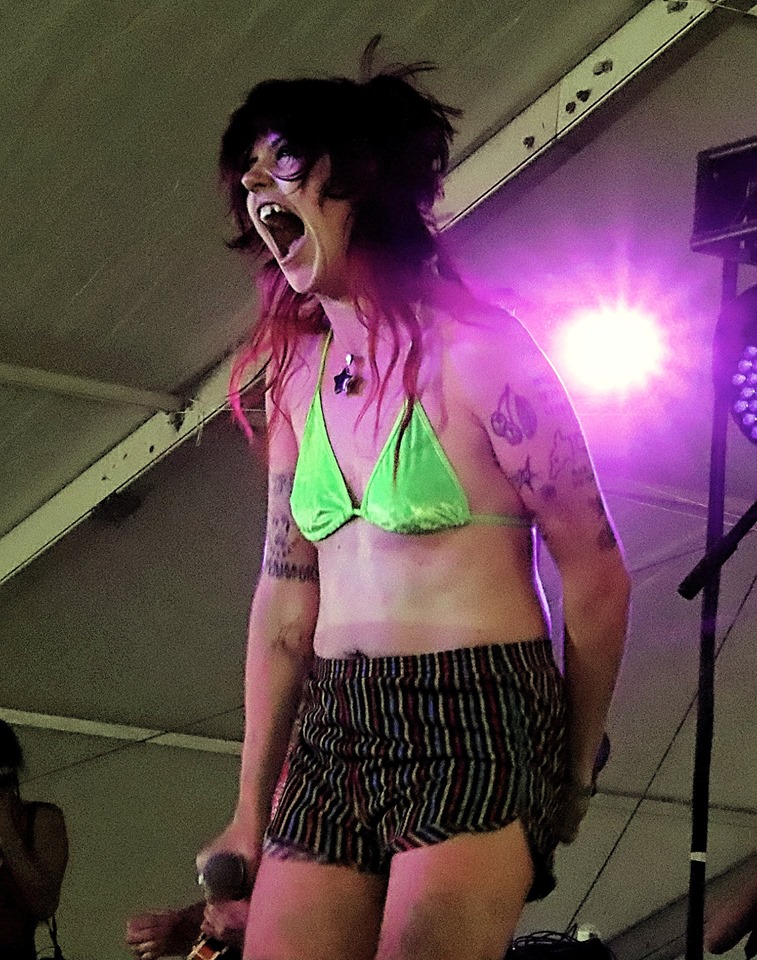 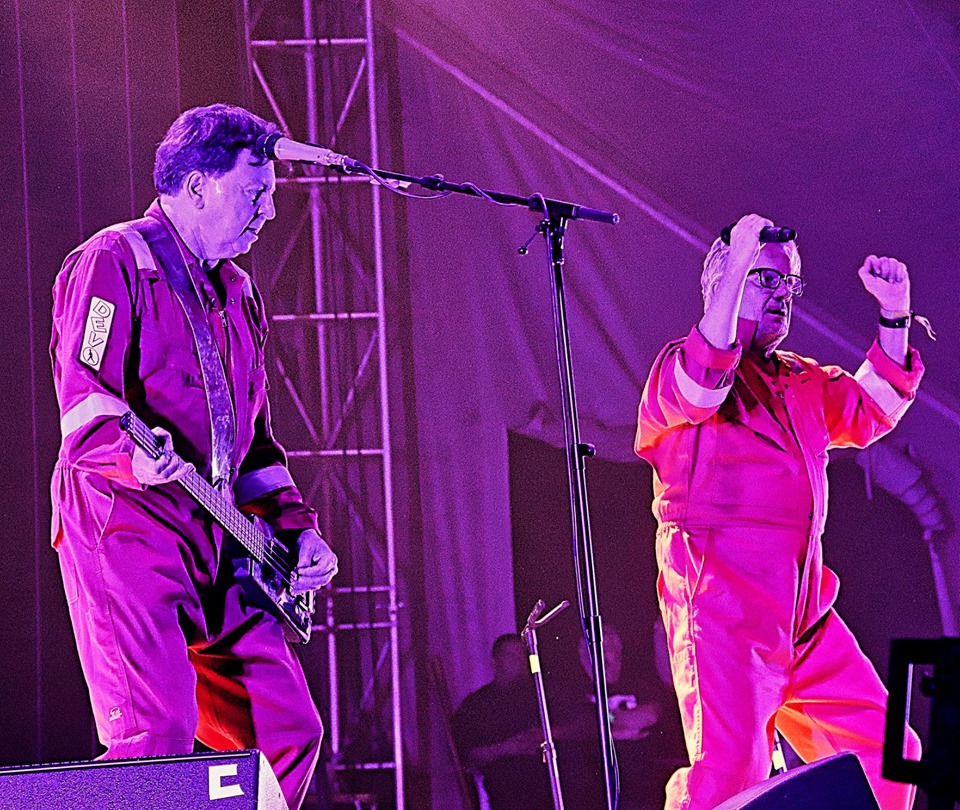 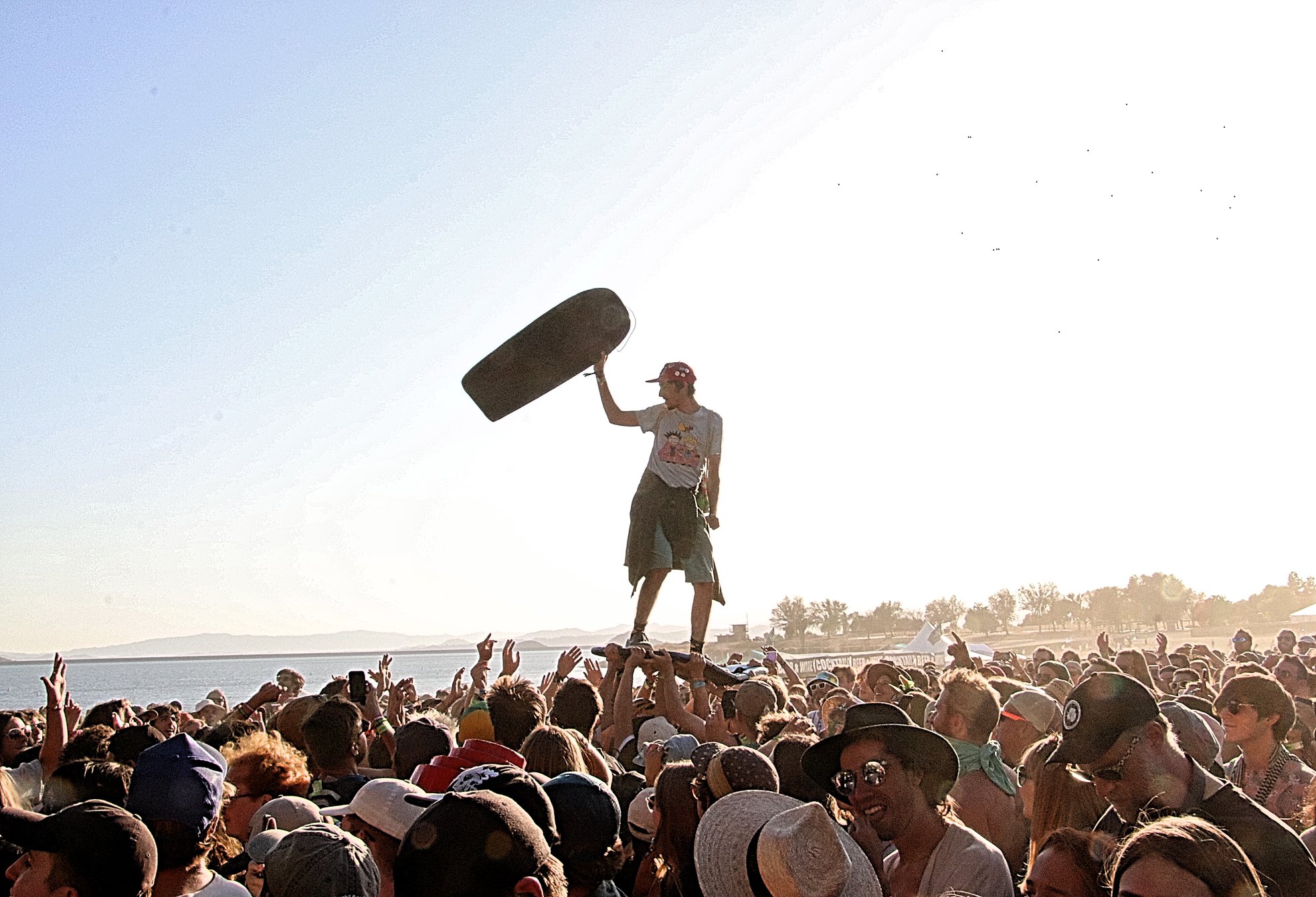 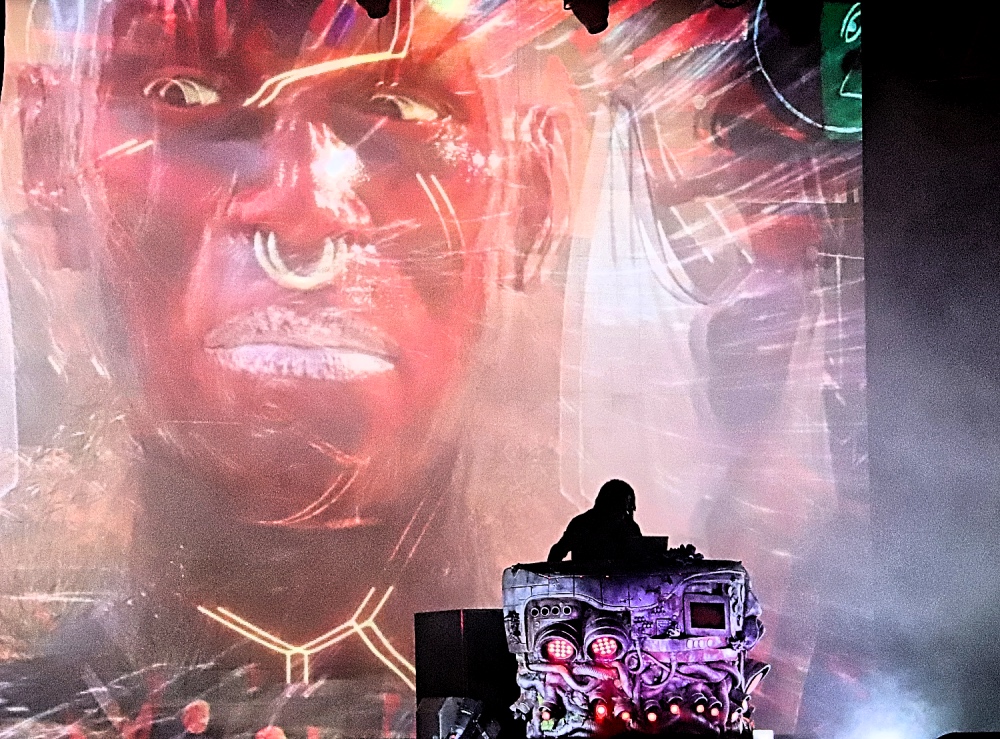