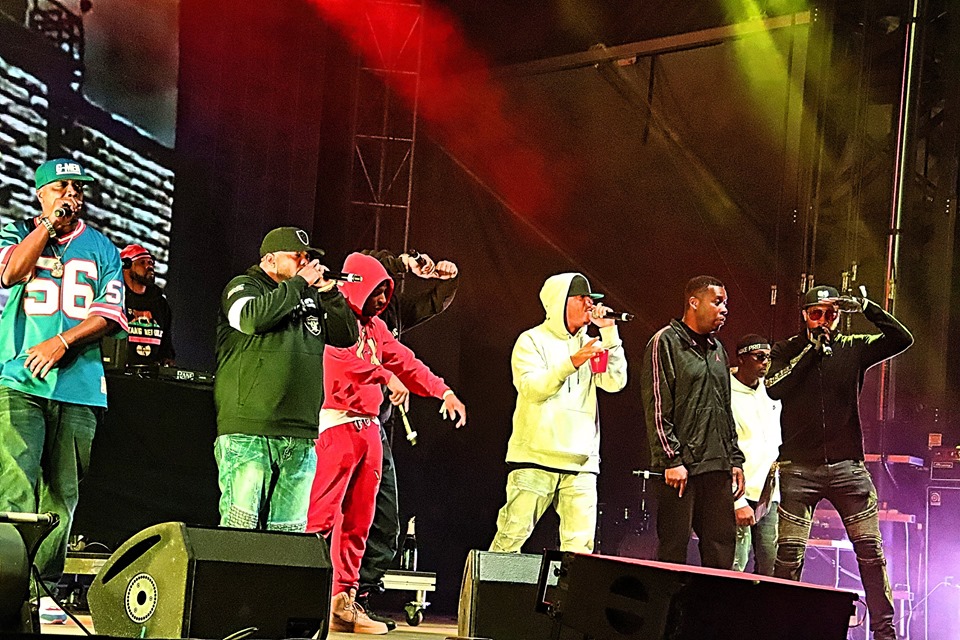 Desert Daze is a complete immersion, it’s three days out of your real life, three days living in the desert and its brutal temperature contrasts — the temperature drops by 35ºF when the sun goes down — three days without cell phone reception,…  there was a #DesertDaze network but you know what happens when you are standing in a crowd of thousands of people checking their phones at the same time.

Sunday was the last day and I wanted to make the most of it, so I arrived early for Kills Birds, a young band which has just released their first album, and I was not disappointed. Singer Nina Ljeti had a magnetic presence and a nervous/emotional delivery with a morose tone getting very angry and materializing in many legs-apart high jumps. The music got into these heart-attack punk songs with foot-stomping and cathartic moments, and Nina surely captivated the crowd.

Also did Sasami, with a very different style of melancholic pop with a scream. As an ex-member of the popular band Cherry Glazerr, she has been playing around for some time, but she is now focusing on her own songwriting. She somehow sounded as if Aimee Mann Mann had some punk screaming outbursts.

Richard Rose was actually the name of a band with singer/frontman Chris Shaw, who is also fronting punk outfit Ex-Cult. The band played a crazy good rock & roll with sludgy to druggy psych-blues, injected with a saxophone and plenty of punk aggression.

Canadian band Alvvays played a very bright and sweet pop on the upbeat side while I tried to catch a Q&A with The Claypool Lennon Delirium inside the tiny sanctuary. As it was super crowded, I just heard Sean Lennon talking about DIY culture, social media and Silicon valley people getting the richest people ever.

White Fence, a large band fronted by Tim Presley was poetic, melodic and unruly, the music got quite surprising in its poignancy, with churchy ghostly moments and sudden sonic detours. Mid-set, they broke into a sort of Velvet Underground psychedelia with white noise, and talking about the VU, the Black Angels immediately followed with a dark psych-rock wrapped around a dose of mysticism and insistent bass lines. They were leaning toward the esoteric but not too much, with pop songs buried in witchy fuzz.

I didn’t catch as many acts in the Theatre/tent as I would have liked, and I deeply regret not being able to see Moses Sumney later in the day, but I witnessed a bit of Jerry Paper’s sweet rainbow R&B and George Clanton’s surging synth-pop which made a panda bear surf the crowd! ‘Last year, nobody listened to my music!’ he declared happy while looking at the crowded tent.

U.K. Ride replaced Japanese artist Shintaro Sakamoto, who was supposed to be playing his first-ever U.S. show…. since he was scheduled just before Sean Lennon’s band, it could have been a nice Japanese connection, Desert Daze likes to do this, unfortunately, he got stuck in Japan because of the typhoon and flooding happening in Tokyo. Ride took over with their dense fuzzy shoegaze filled with vocal harmonies, more than a few sketches of dancefloors and guitar pedal detaching from the loud fuzz

Khruangbin was certainly a spectacular looking trio, a Thai funk as they have been qualified, but venturing all over the place from dub to surf guitar. Bassist Laura Lee was statuesque in her bathing suit while flirting with Mark Speer wearing a golden suit and holding his Prince guitar. They were like a sexy couple of a Tarantino movie, medley-ing around Dick Dale, Spandau Ballet and Chris Isaak.

The Claypool Lennon Delirium was highly anticipated and a little weird? But there is nothing wrong with that, Primus’ Les Clayton and Sean Lennon entertained us with their experimental pop, going from strange tension build-ups to Beatles-que vocal harmonies, and intriguing chord progressions bursting like a circus. Claypool’s bassline attacks seemed to launch a song like something coming from Rage Against the Machine’s catalog, colliding into Lennon’s blissed-out pop for an explosive result. The energy was mostly coming from Claypool, but the result was sometimes Pink Floyd meeting angular.

The legendary Wu-Tang Clan was headlining Sunday with the intention to perform their debut album ‘Enter the Wu-Tang (36 Chambers)’, for its 25the anniversary, an album which has become a blueprint for the hip-hop of the ‘90s. As soon as the Clan took the stage, there were vocal attacks coming from all corners, voices over voices and some raw energy getting higher and higher, constantly encouraged by each member while RZA spraying the crowd with champagne. With only a DJ in the background of the stage, the sound was almost coming from their voices, while each member was alternating for the lead over infectious beats. Soon, rap songs made to fight with a strong street vibe were resonating all over Desert Daze. They also did some covers, or played a few snippets, or rapped over a few songs, like Nirvana’s ‘Smells Like Teen Spirit’, or The Beatles’ ‘Come Together’… Then, they were joined on stage by Khruangbin for the last song, making history as RZA put it. Sure, we had the full united Wu-Tang Clan and one of the hottest bands of the moment playing together… Desert Daze went away with a bang. See you next year. 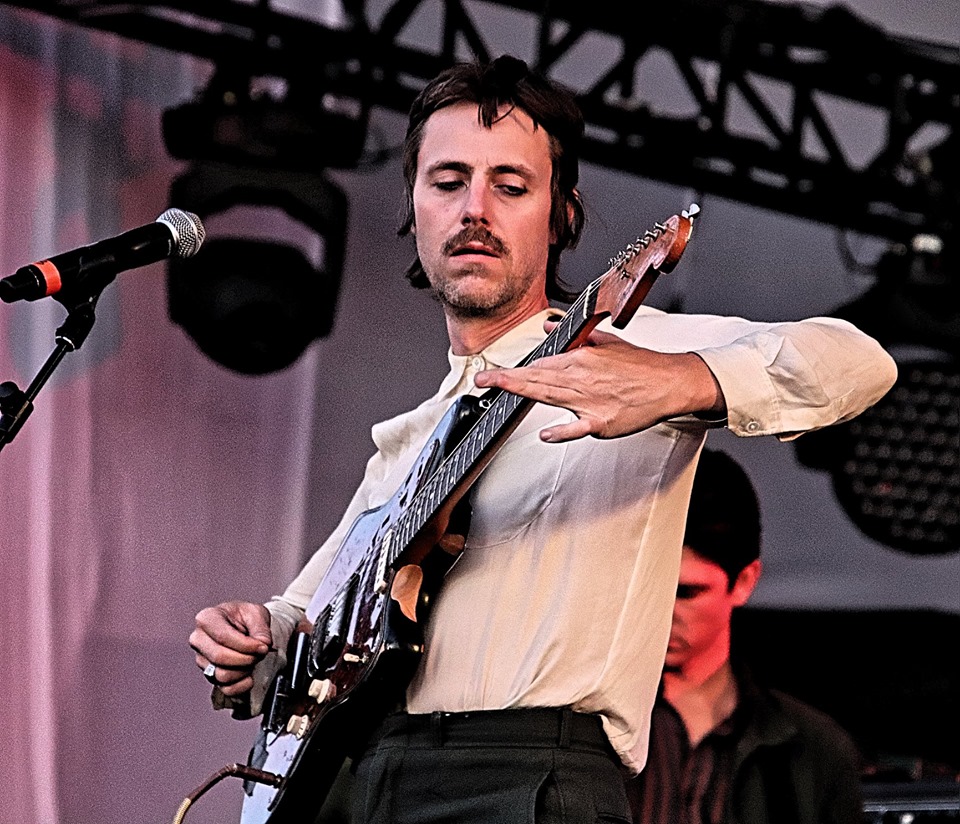 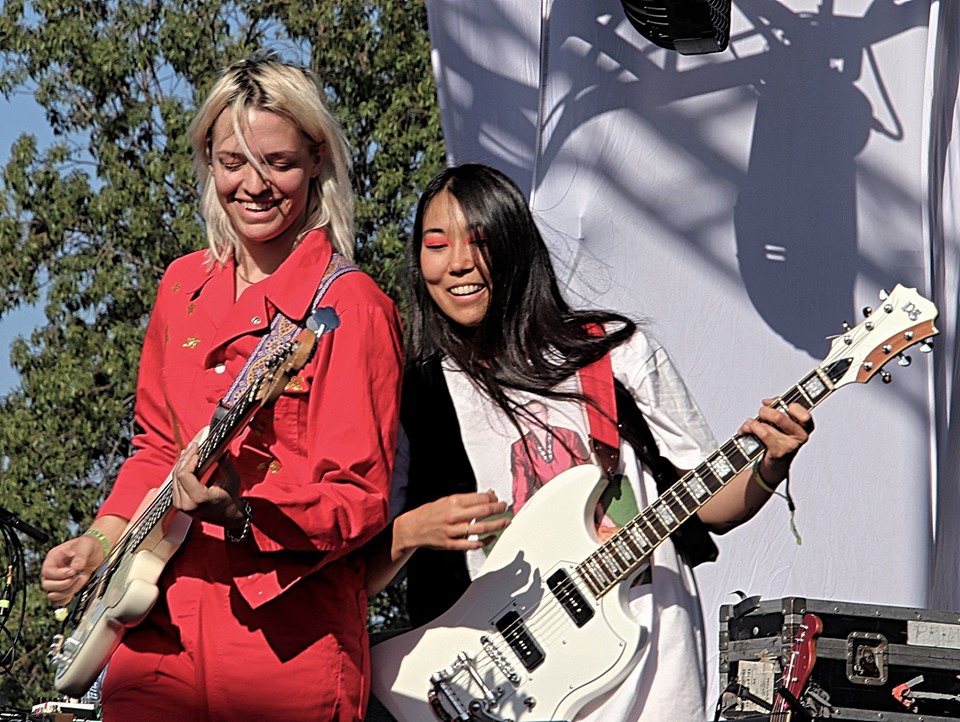 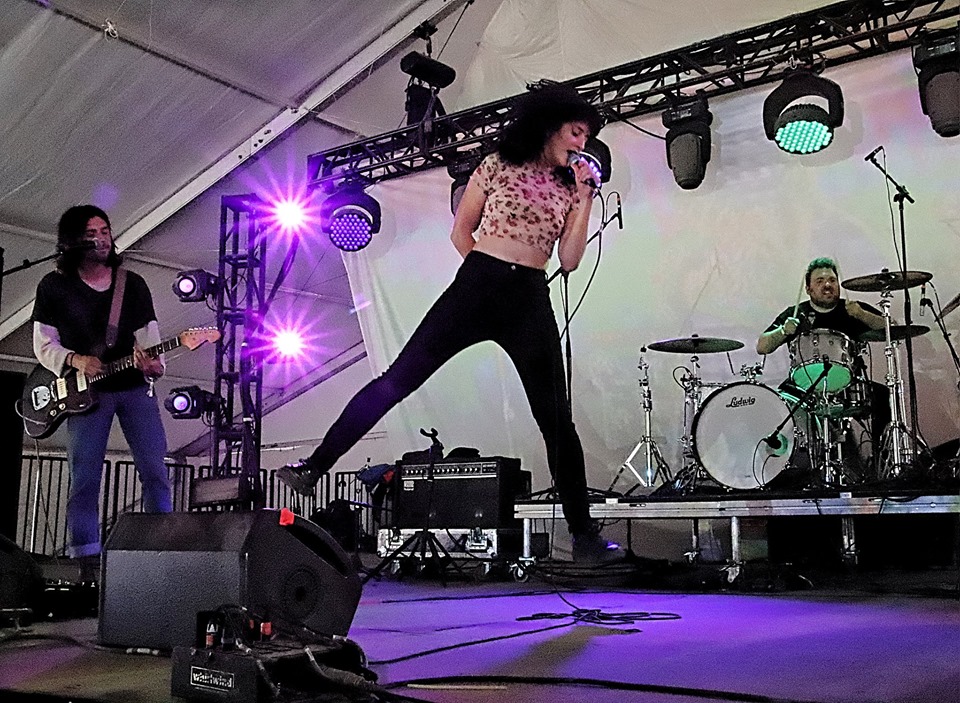 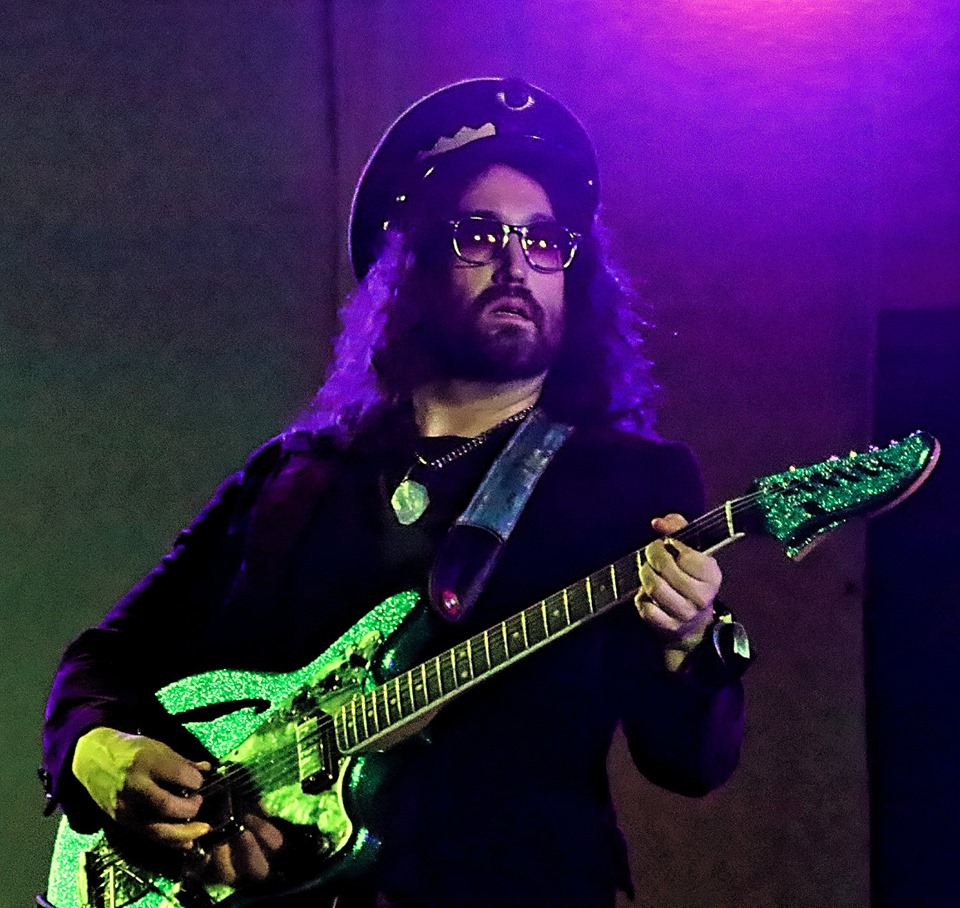 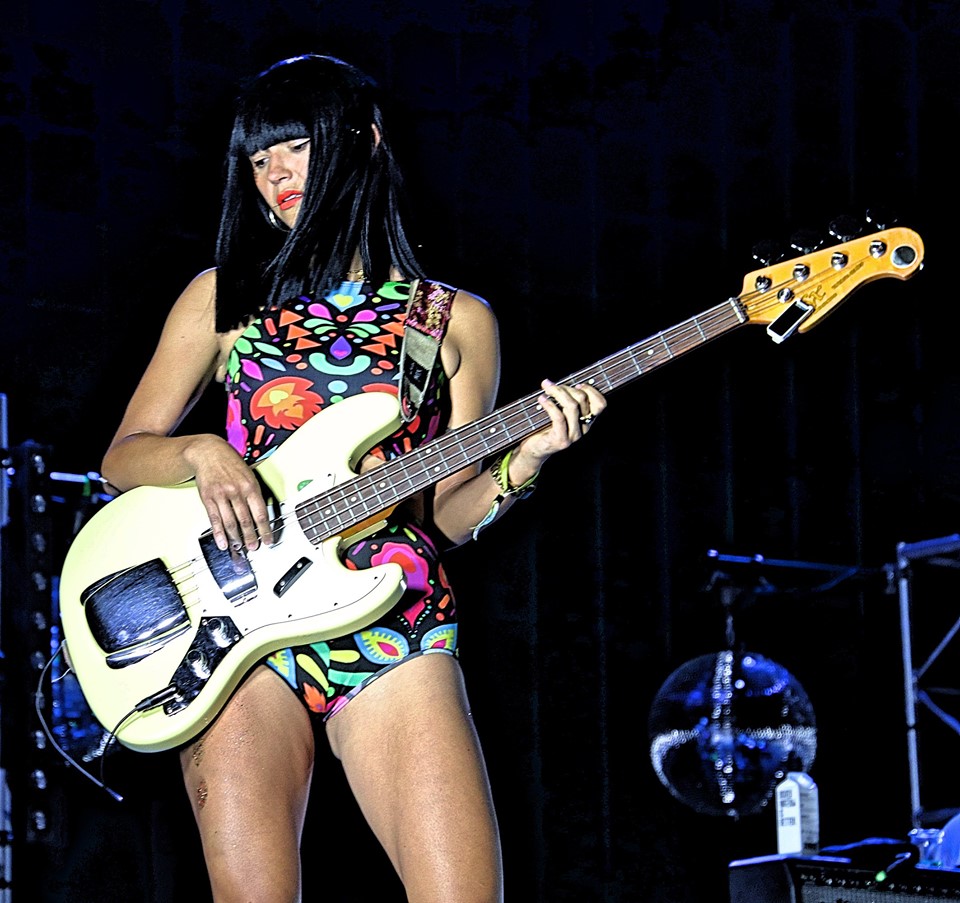