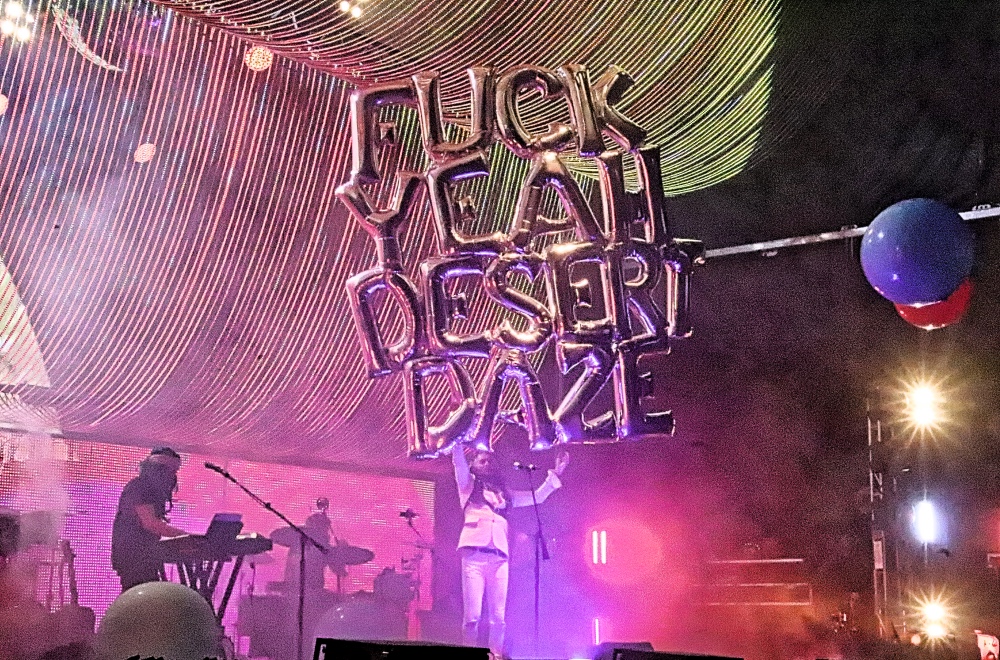 ‘It is the perfect night, the perfect desert night’ said Wayne Coyne in the middle of the Flaming Lips’ set. It was the first day at Desert Daze 2019, and Wayne always knows how to make people enjoy the very moment. Fortunately, there was no thunderstorm like the one which brutally interrupted Tame Impala’s set last year, no fire like the ones currently raging in Los Angeles, and it was indeed the perfect night. I don’t know why it took so long for Desert Daze to book the Flaming Lips because, last night, they seemed to embody the spirit of the Festival, fun, vibrant, colorful, and magical, with a big heart on their rainbow sleeve.

I arrived on site just to listen to the last song of Bradford James Cox, aka Atlas Sound, his side project as he is also the frontman of indie band Deerhunter, and the music was sort of weird, at least the little I have heard of it… but he ended his set with a discourse about drugs ‘You don’t have to take these pills!’ Just after, Brooklyn-based quartet Crumb played a slow psych-pop set on the Block stage, and Atlanta’s own Faye Webster got a bit jazzy country, a strange combination with a languid tempo.

I watched the entire set of Stereolab, because they were simply so good, the English-French band charmed the crowd with their artsy dance-y songs, expending their infectious grooves into some powerful electronic noise. Just before their set, Ian Svenonius did the opening ceremonies, and read some Desert Daze ‘testimonies’ at the sound of a rumbling electric guitar and distorted synth… an humorous interlude to tell us how people’s lives can change just by attending a music festival in the desert, because a cop volunteering for Desert Daze security may turn anarchist after all. Singer Laetitia Sadier was saying these ‘Merci!’ between songs while she was singing many of them in French. With repetitive chords, droned synths, jazzy and krautrock influences, they ravished the Desert Daze crowd while their music was constantly taking surprising detours. There’s always so much to see during a festival but I was stuck with Stereolab for the entire set, it was too good to miss any of their hypnotic power, artsy disco dancefloors, and Brazilian Tropicalia alt-rock. Plus the moon above the festival was so bright that it seemed to echo Laetitia when she sang ‘La lune est libre je crois/ Qui rayonne au-dessus’.

In contrast, I can’t say I enjoyed Animal Collective’s set, they were too detached and just too insulated into their own bizarre sonic trip and auto-tuned amalgam. I have always like Noah Lennox’s solo material aka Panda Bear, and I recognized some of his very familiar harmonies but I left in the middle of their set, just when they were doing these churchy/monastery voices above static, to check out Wand, which sounded less garage rock than I remembered.

There were two witches at Desert Daze, first, Witch, with Dinosaur Jr.’s J Mascis on drums, a hard rock outfit with aggressive doom/stoner metal tendencies, and W.I.T.C.H., a fascinating band from Zambia playing a unique blend of funky psych-rock, mixing western influences with an African sound, a genre they called Zamrock. At times, their Afro beats had even something from Fela Kuti. While pointing to Lake Perris, Emanuel Jagari Chanda noticed with humor that this was a strange desert because deserts usually do not have water!

The Flaming Lips, introduced by Fred Armisen, entertained the crowd till 1 a.m. with a set including the songs of their beloved album ‘The Soft Bulletin’, which was released just 20 years ago. The lightings were spectacular and fireworks-like, Wayne Coyne waved at us while holding a big composite balloon reading ‘Fuck Yeah Desert Daze’ during ‘Race for the Prize’, he walked over the crowd in his transparent bubble, and sang ‘Yoshimi Battles the Pink Robots, Pt. 1’ in front of an inflatable giant pink robot. I am pretty sure I saw Santa Claus and a panda bear in the crowd, plus a woman surfing the crowd on a real surfboard during ‘The Gash’. But if you thought there were too many rainbows for your taste, there was still Metz, that I managed to catch right after the Lips. It may have been around 2 am, but it was a beauty to see all these people still moshing at this late hour, still crowd surfing at the ferocious and brutal sound of these post-hardcore heroes. The first day at Desert Daze 2019 ended with this thunderous Canadian bomb, although I was tempted to stay longer as the infectious grooves of the Touareg band Mdou Moctar still resonated in the night when I left. 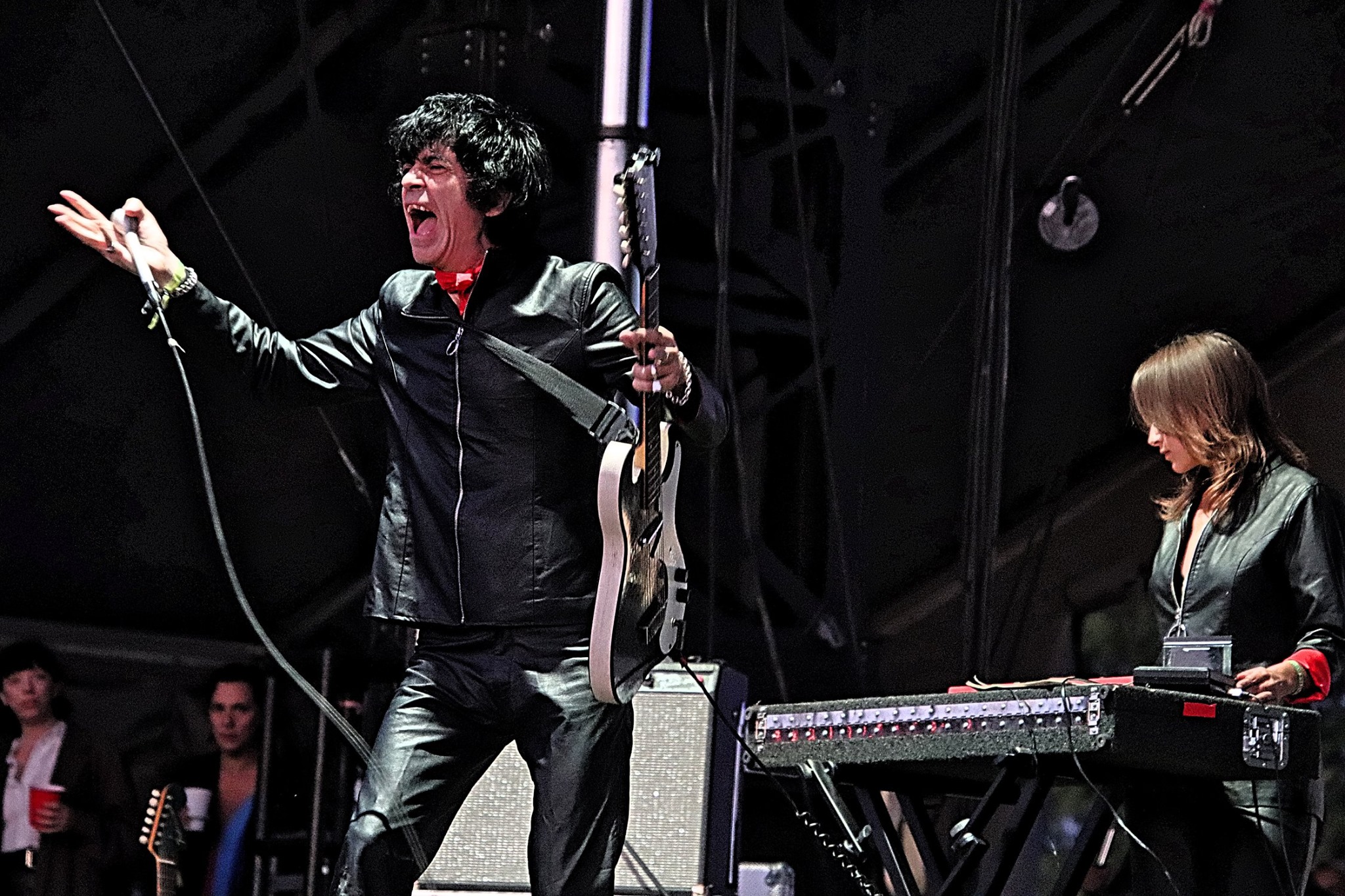 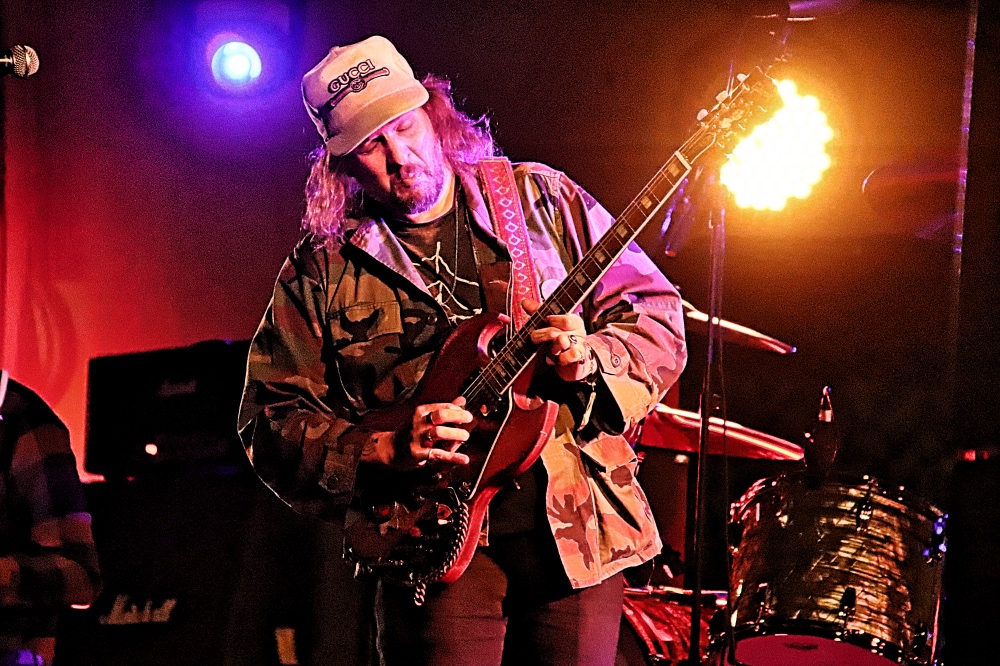 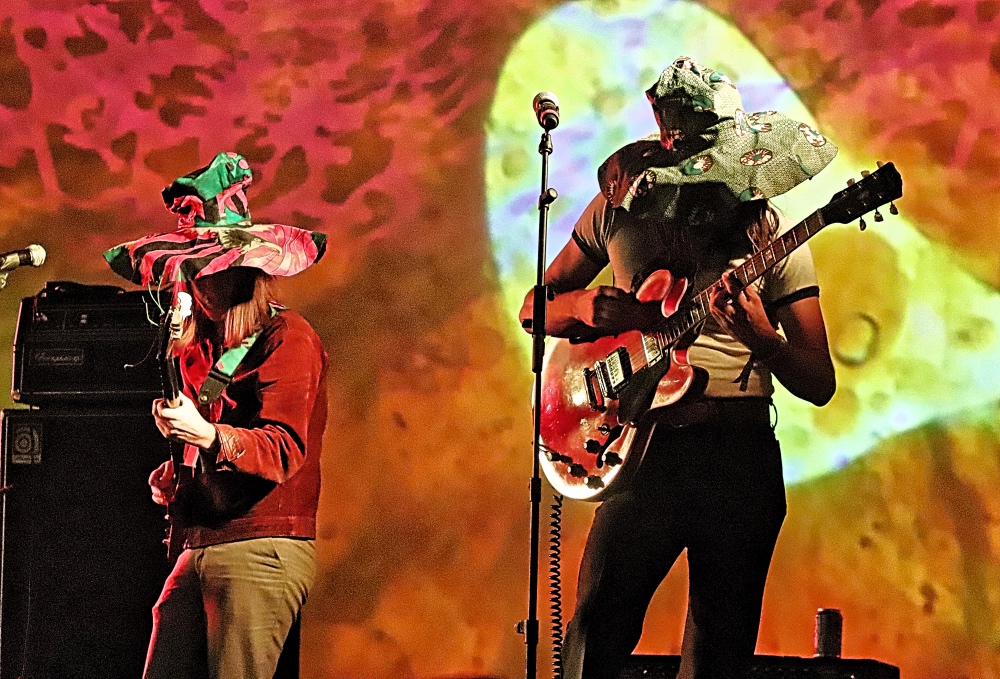 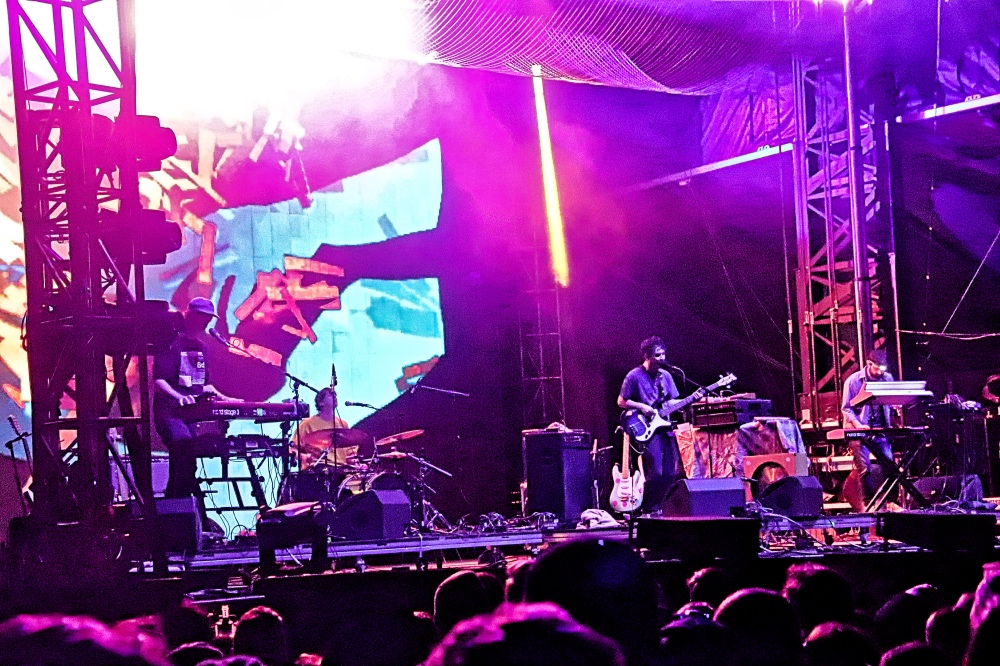 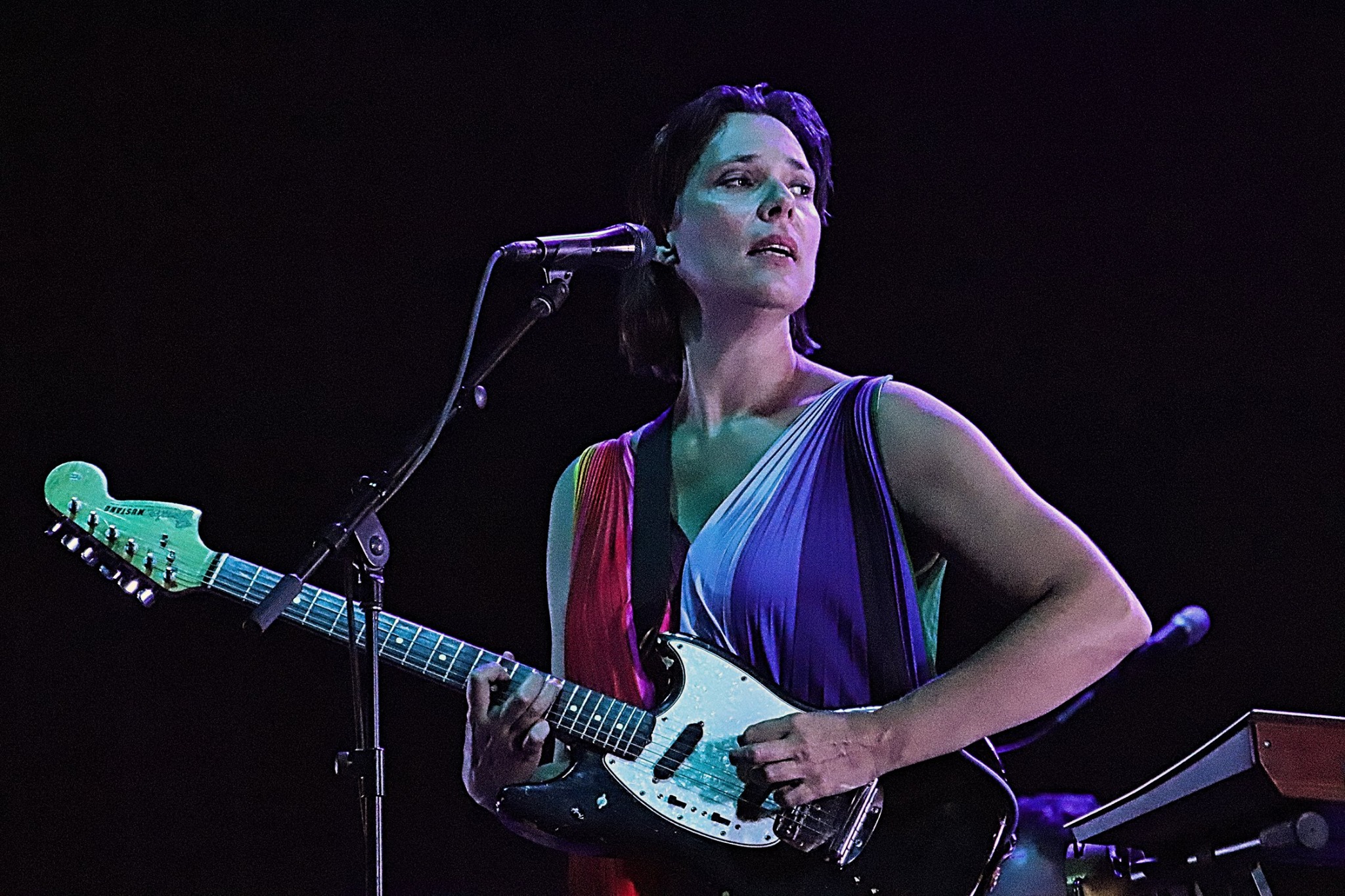 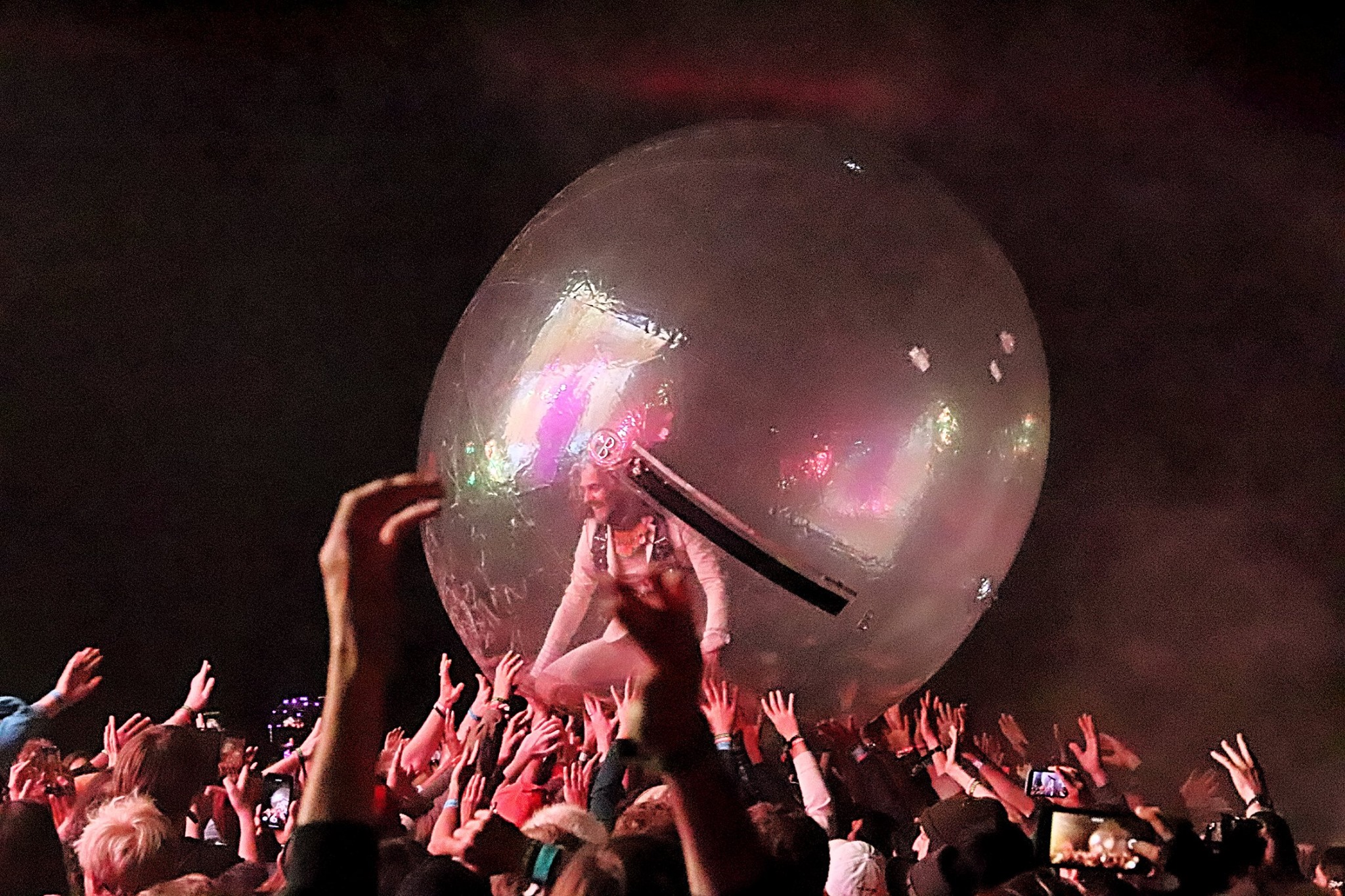 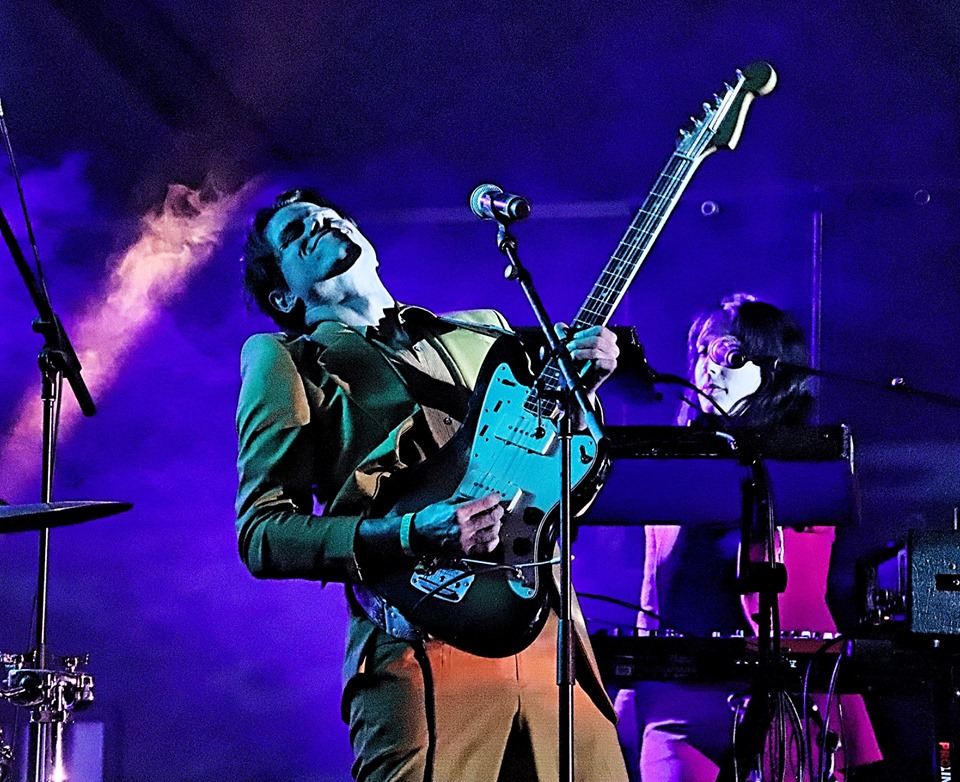 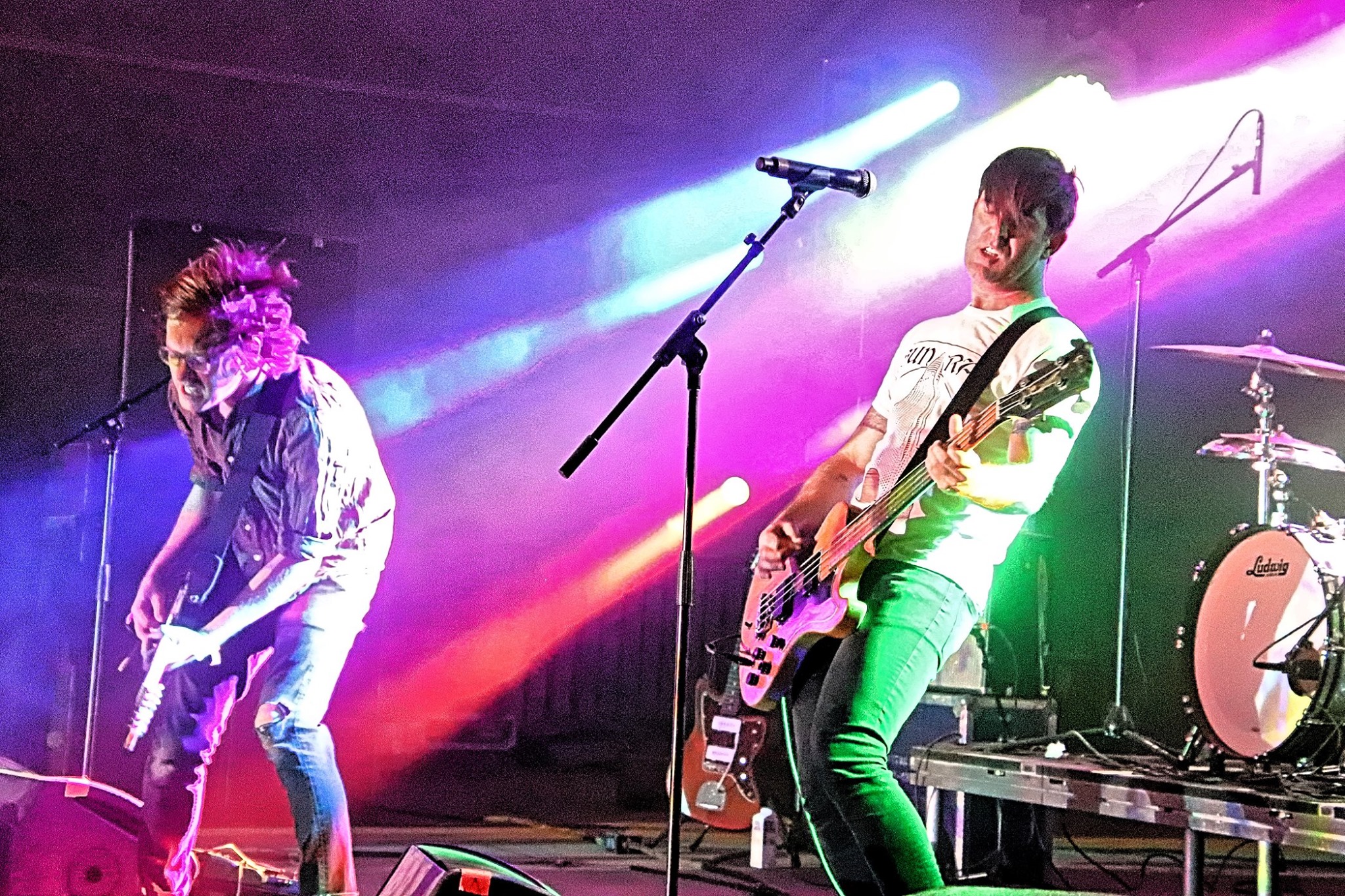