Dennis Quaid And The Sharks At The Mint, Saturday March 9th 2019 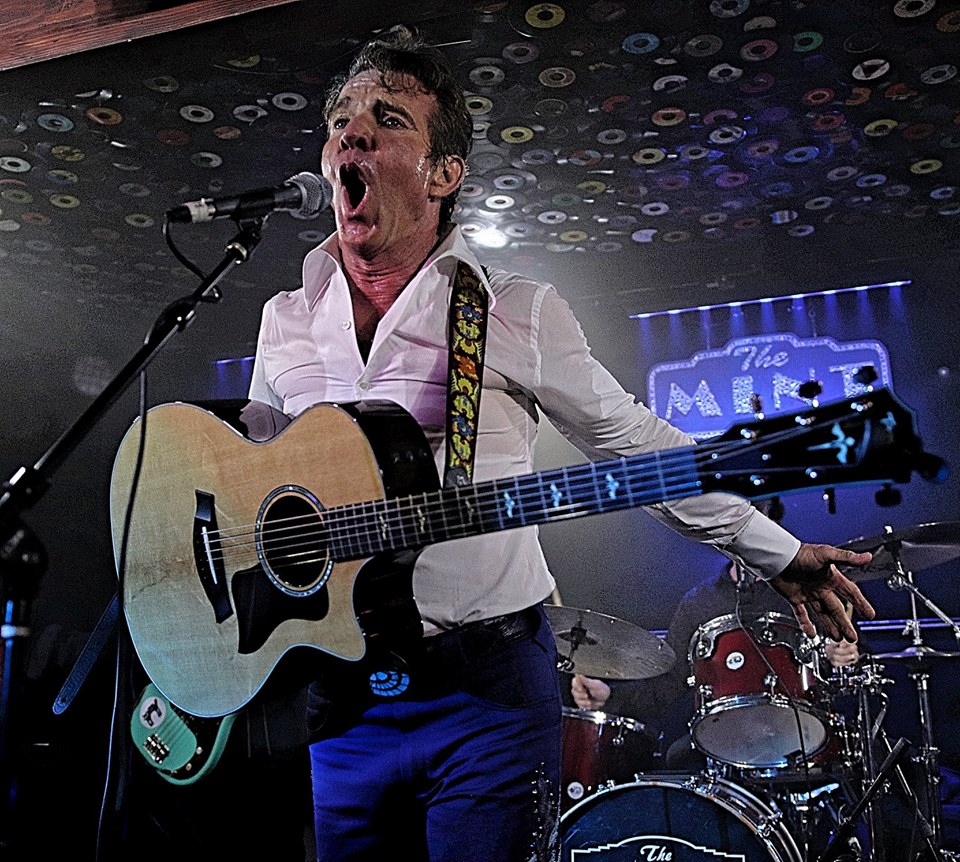 There is no shortage of movie stars with a rock star envy, just look around, Kevin Costner, Bruce Willis, Russell Crowe, Kevin Bacon, and Billy Bob Thornton all play in bands, and Johnny Depp plays with Alice Cooper and Joe Perry, but Dennis Quaid already made his marks in 1989, when he incarnated the Killer in the movie ‘Great Balls of Fire!’, and whatever you think about the movie, he was a convincing and electrifying Jerry Lee Lewis.

If rock ‘n’ roll is an act, who else could play it but an actor? And for close to an hour and a half, Dennis Quaid demonstrated that he could exactly do that, during an extravagant set with his band the Sharks. He played every rock icon character to perfection with a charismatic stage presence landing between Elvis and Johnny Cash and of course, some of Jerry Lee Lewis’ authentic fire.

On Saturday night, the Mint was packed to the roof, a few minutes before the show presented by California Rocker, and Dennis Quaid jumped on stage with his legendary killer smile and his impeccable Rhythm & Blues band, ready to revive the good old times, ‘We are the Sharks and we play rock ‘n’ roll music!’ he told us right away. Dennis, who will be 65 next month, appears to be in crazy good shape and looks like the return of some King of rock & roll with his rhinestone western blue pants, immaculate white shirt, and turquoise belt buckle. With the Sharks, he released his first album ‘Out of the Box’ on Omnivore Recordings last year, a mix of original songs and covers by the Doors, Van Morrison and Larry Williams, and the show followed the same rules, blending original songs and plenty of songs by Dennis’ musical heroes, but performed with the same appetite for rock ‘n’ roll true spirit.

The famous actor was all-fired up and very soon the venue became as steamy as his forehead. Dennis, with the fury of an old fashion rockstar, showed us he had the stamina of a 30-year-old, the restless energy of a kid having a great time, the vocal quality of a timeless crooner and the seductive charisma of movie star… because this is what Dennis Quaid is after all.

His execution brings to mind the rock icons, the finger pointing directly to the crowd, the sexy hip moves, the constant bounces and jumps, and the feet then full body hitting the keyboard,… a move which seems coming straight from ‘Great Balls of Fire!’… Quaid is serving us the killer in king’s size and he likes every minute of it.

But how did this happen? It all started when Quaid went to see actor Harry Dean Stanton and his band at this same venue and was invited to join the band onstage. Soon after, Quaid and Stanton’s guitarist Jamie James started recruiting musicians for a new band (Tom Slick, Ken Stange, Tom Walsh), and Dennis Quaid & The Sharks were born. But this new adventure did prove that Quaid was a natural: ‘As far back as I can remember, music has always been a big part of my life,’ said Quaid in an interview, ‘My third cousin was Gene Autry, the original Western movie singing cowboy. My grandmother played piano and sang songs from the ’20s, songs from her youth. My dad played piano and crooned like Bing Crosby and looked a little like Dean Martin.’

We got cuts from ‘Out of the Box’ delivered with the same foolish attitude and fun energy than songs by the Crickets, Carl Perkins, Big Maybelle, and Quaid appropriately lowered his voice for a Cash cover (‘I Walk the Line’), not that he really needed to. As soon as he made his grand entrance on stage while jumping on one leg, mouth wide-open, you understood he was not here to reinvent the genre – how pretentious that would be anyway – he was just here to have a blast with a crowd, which never stopped to be entertained. The moves were wide-screen and the mimics bigger than the Mint’s stage, but this over-acting felt genuine and funny till the end, even when Quaid strained his voice into a power growl during his own bluesy number ‘Good Man Bad Boy’. Of course his performance during his gentle country ballad ‘Neo Post Modern Renaissance Man’, dedicated to Billy Bob Thornton or ‘You Are so Fine’, a song he wrote for his girlfriend with a Pixar movie in mind, could not be compared to the keyboard fury unleashed during Big Maybelle’s ‘Whole Lotta Shakin’ Goin’’, or the sexy number he delivered as a sweat dripping Morrison or a crooning Sinatra-like during ‘Old Fashion’… As expected, they had to play ‘Great Balls of Fire’ during the encore, the Sharks blazing till the end.

The theatricals never slowed down, and during this over-the-top performance by a frontman overplaying his favorite part, a Clash cover barely made sense in the middle of this all-American country-rock-R&B-soul review, but nobody cared and certainly not Dennis Quaid. 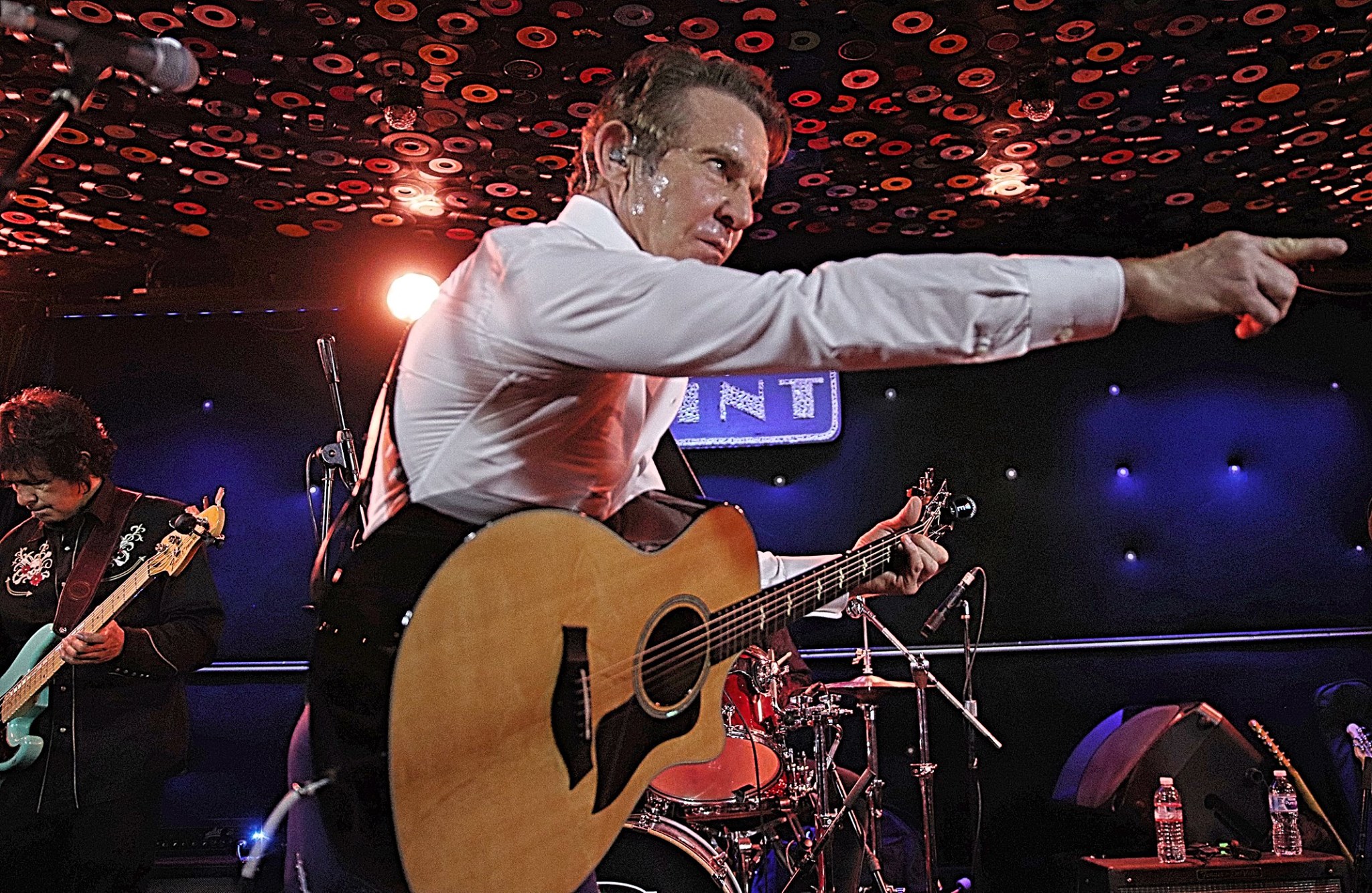 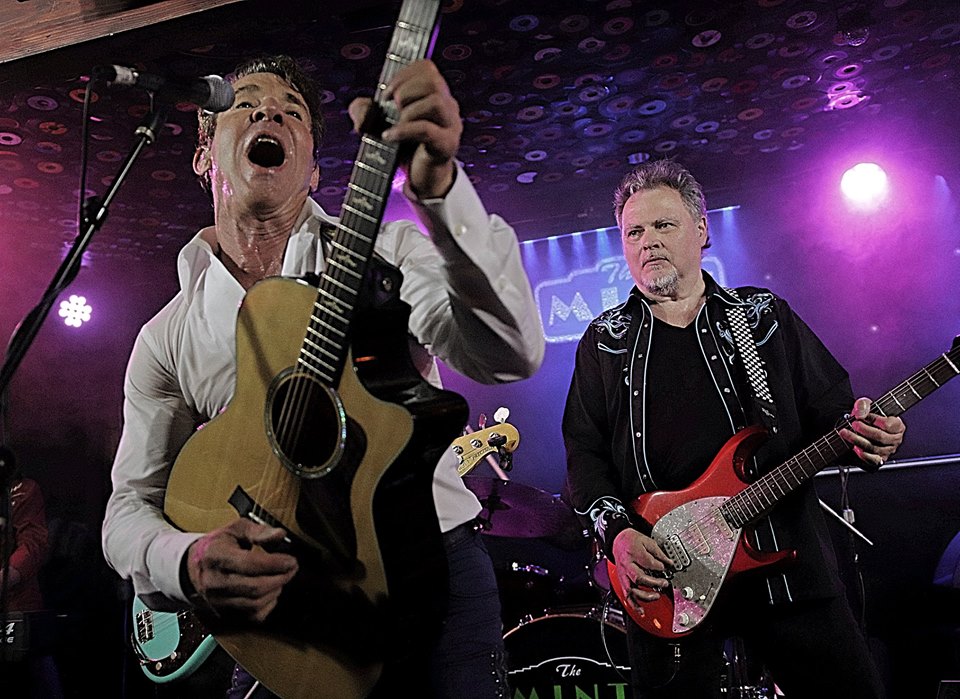 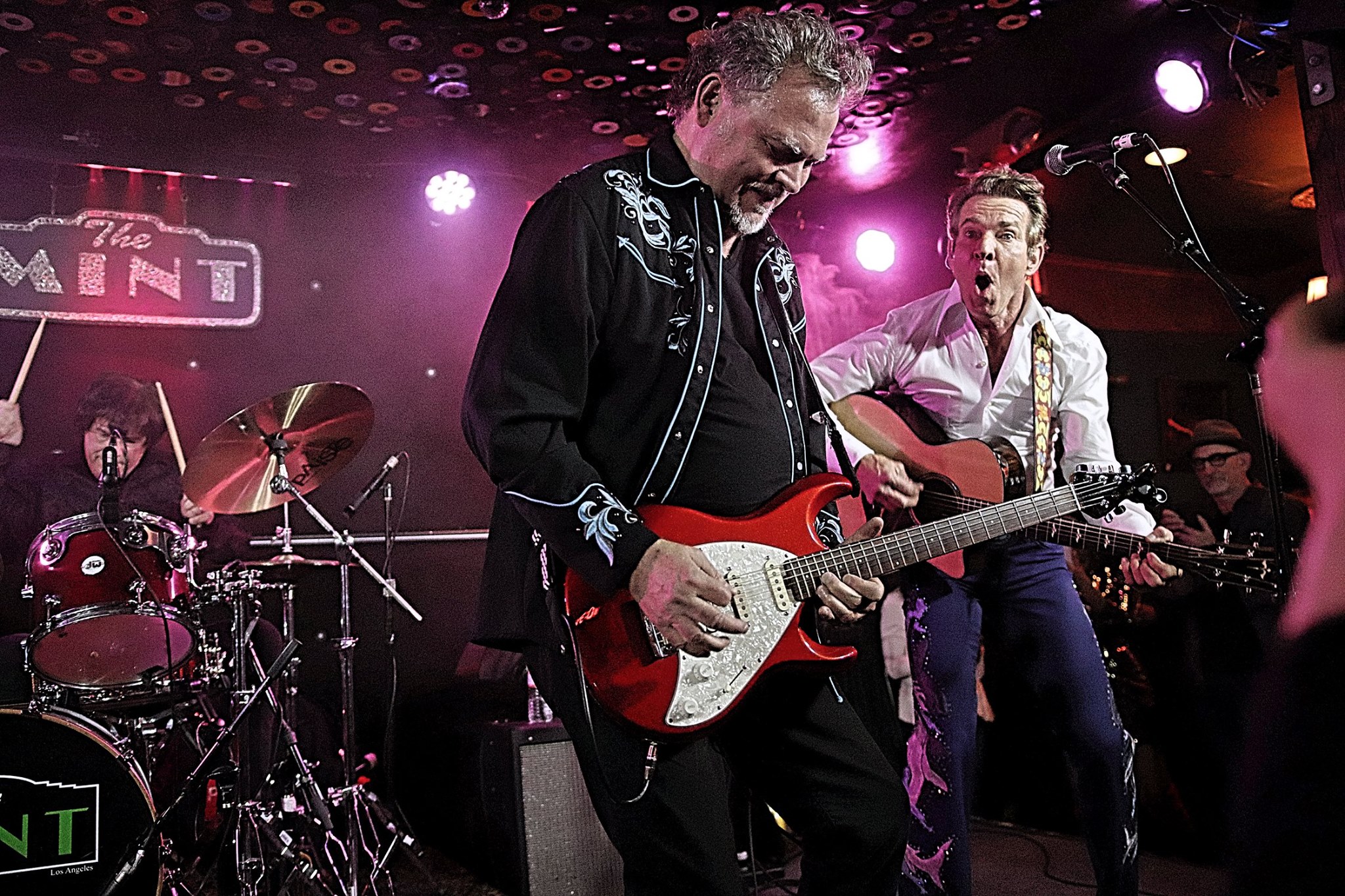 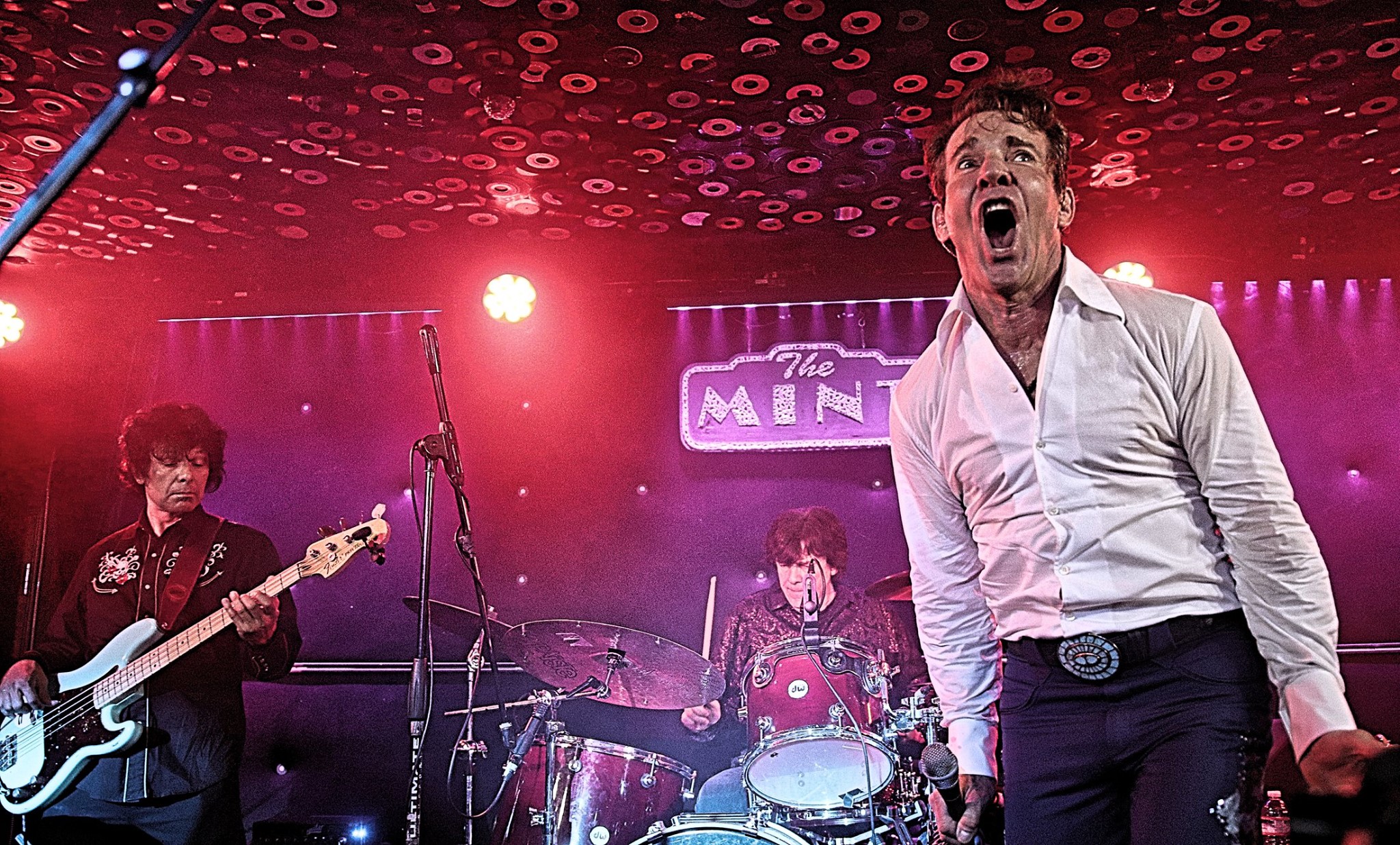 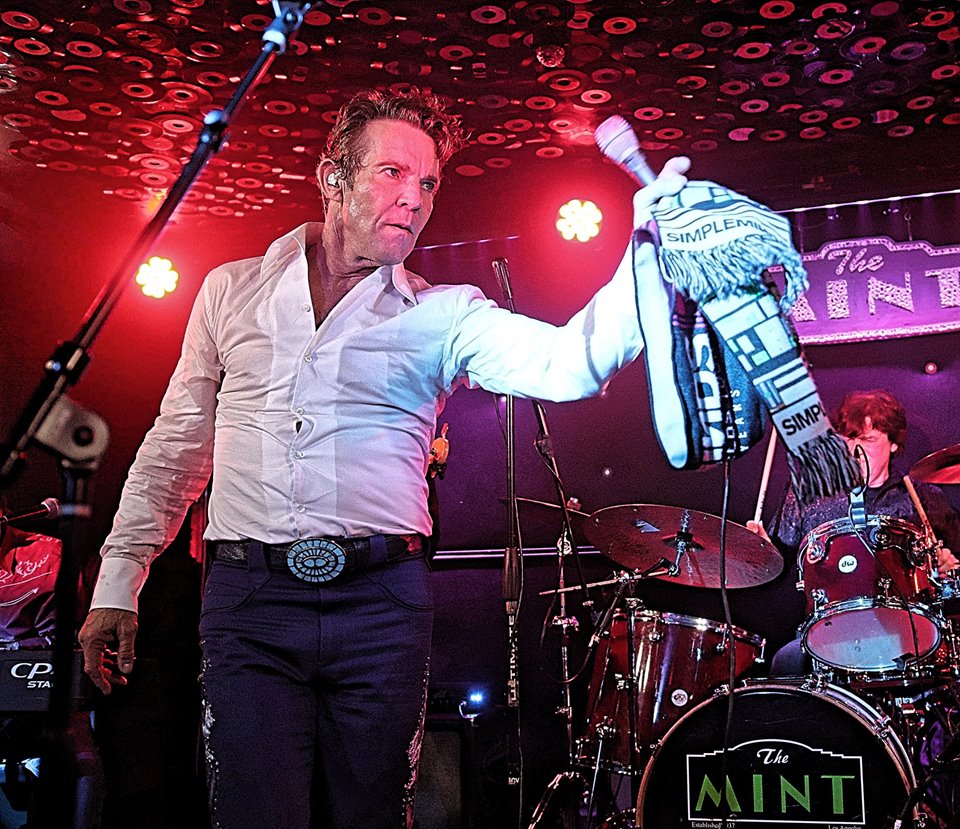 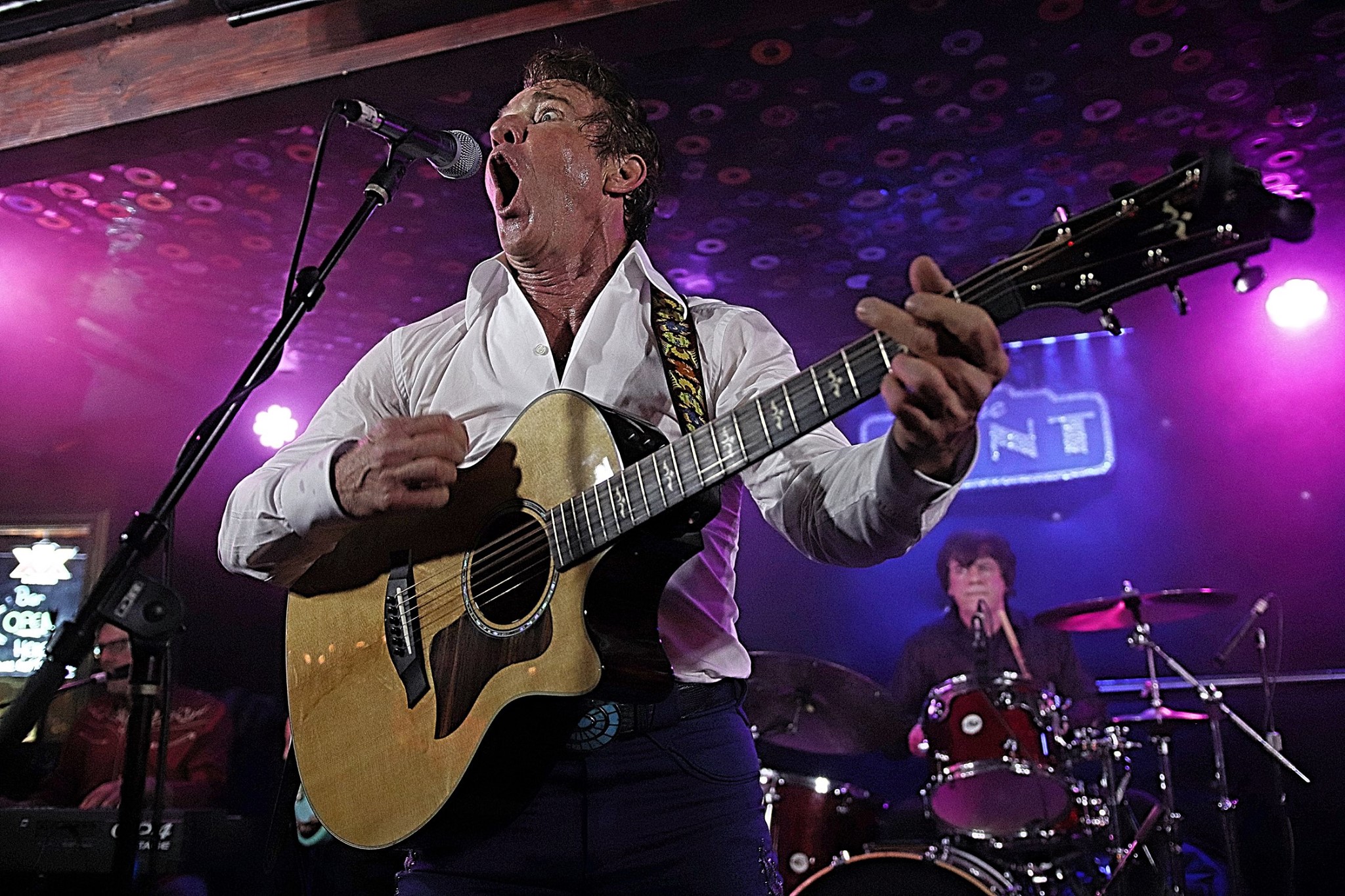 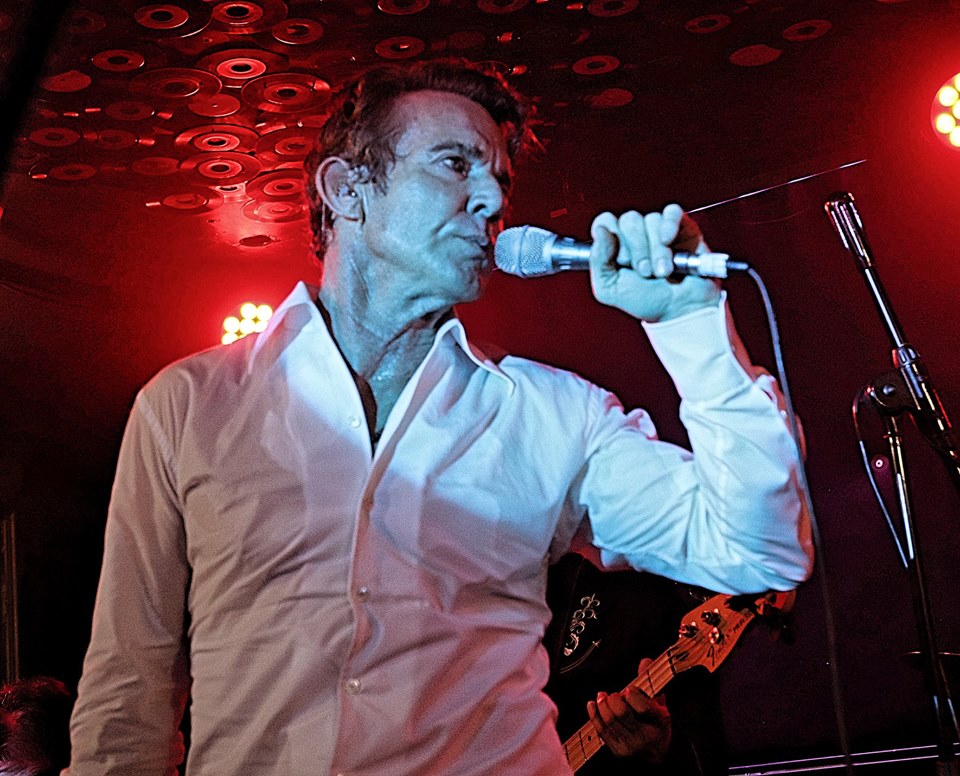 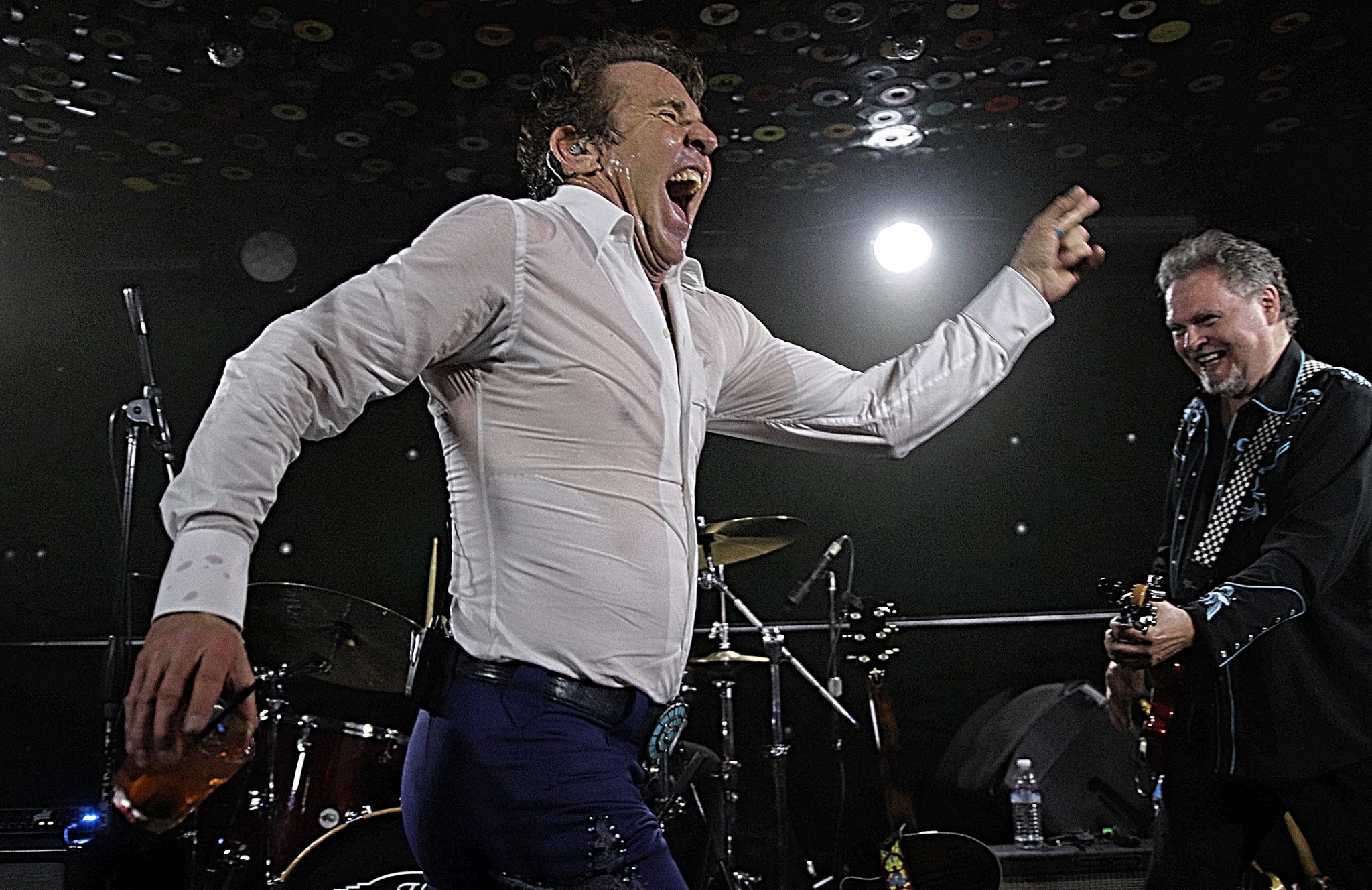 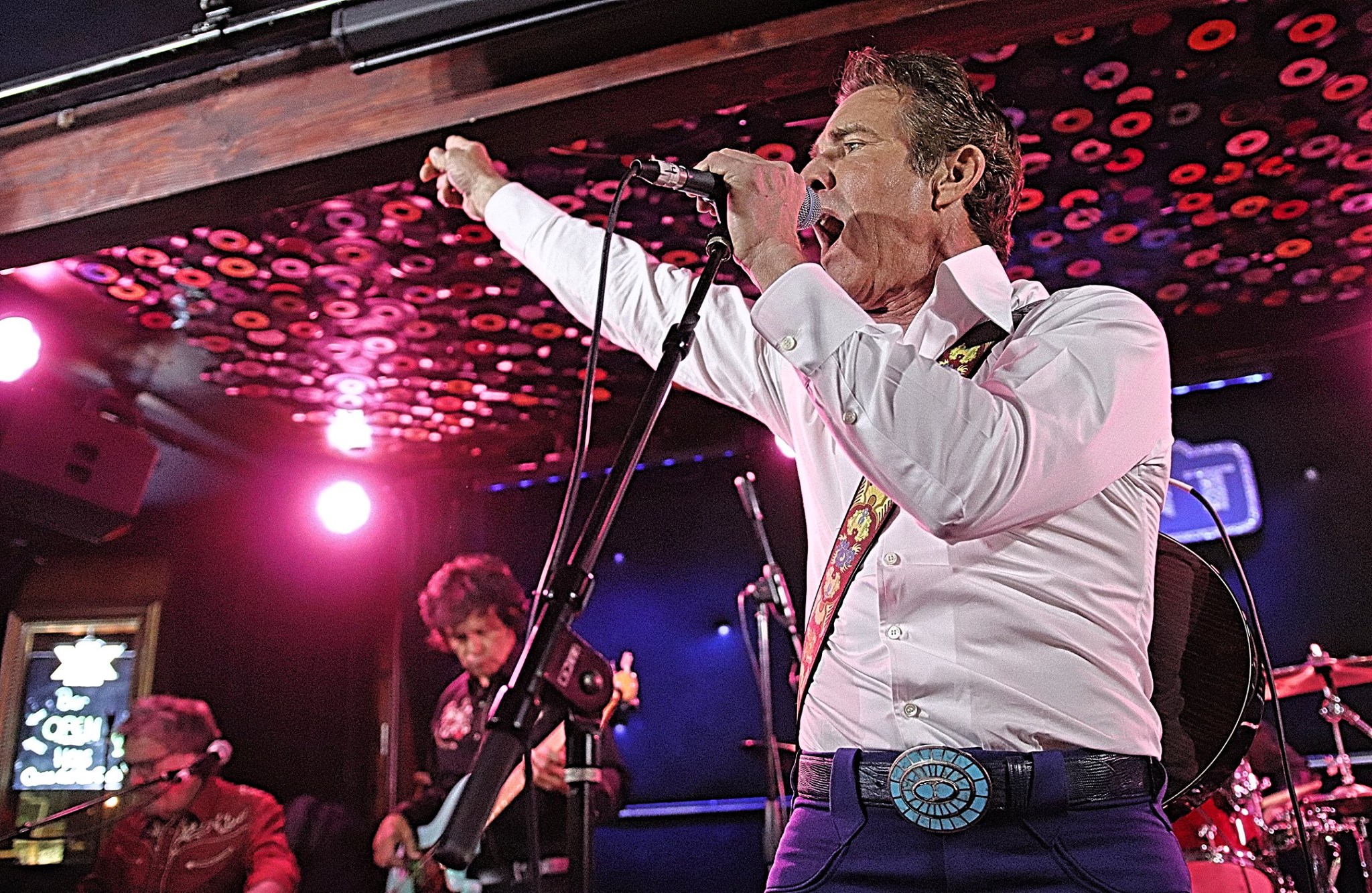 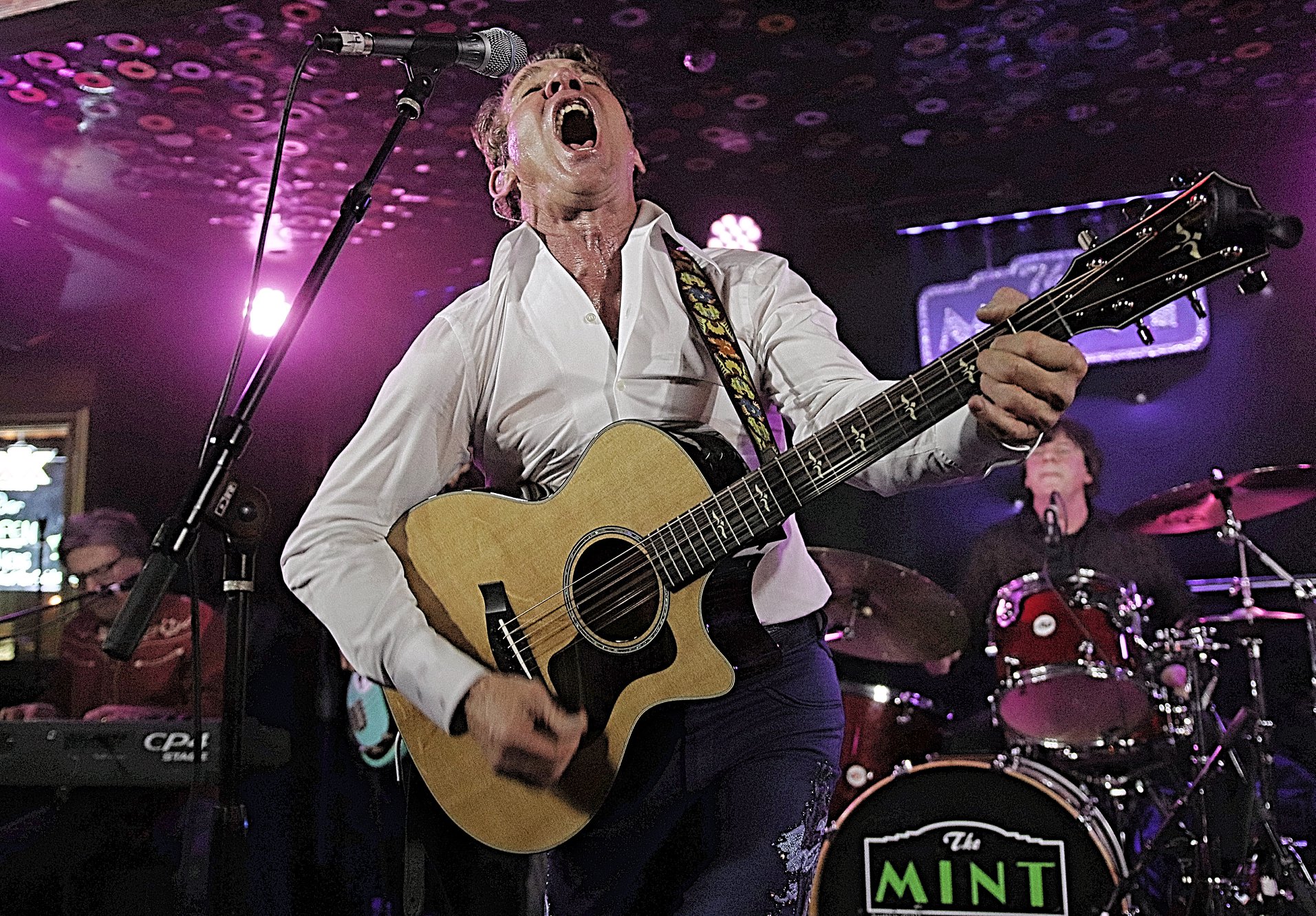 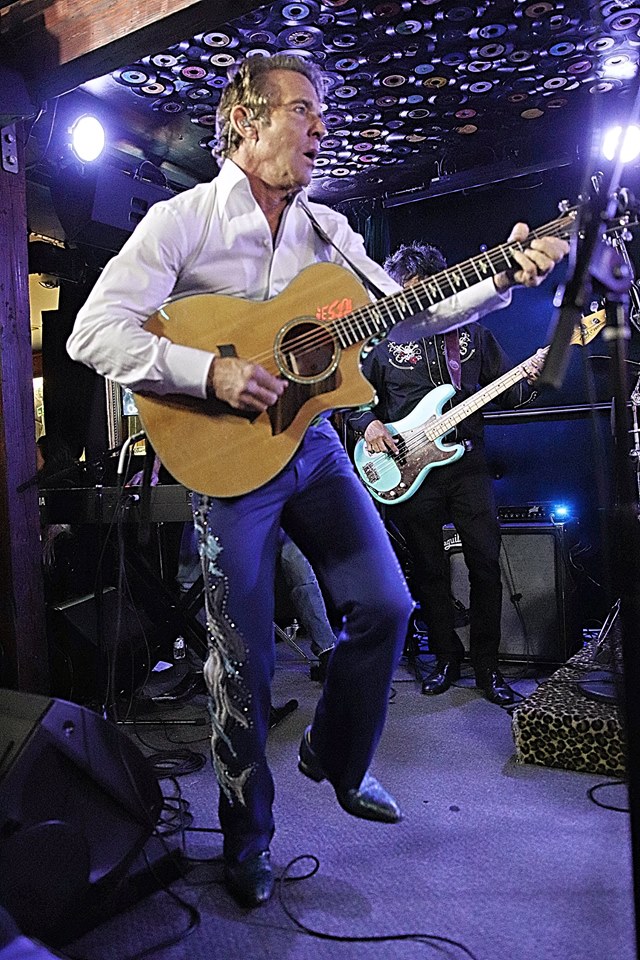 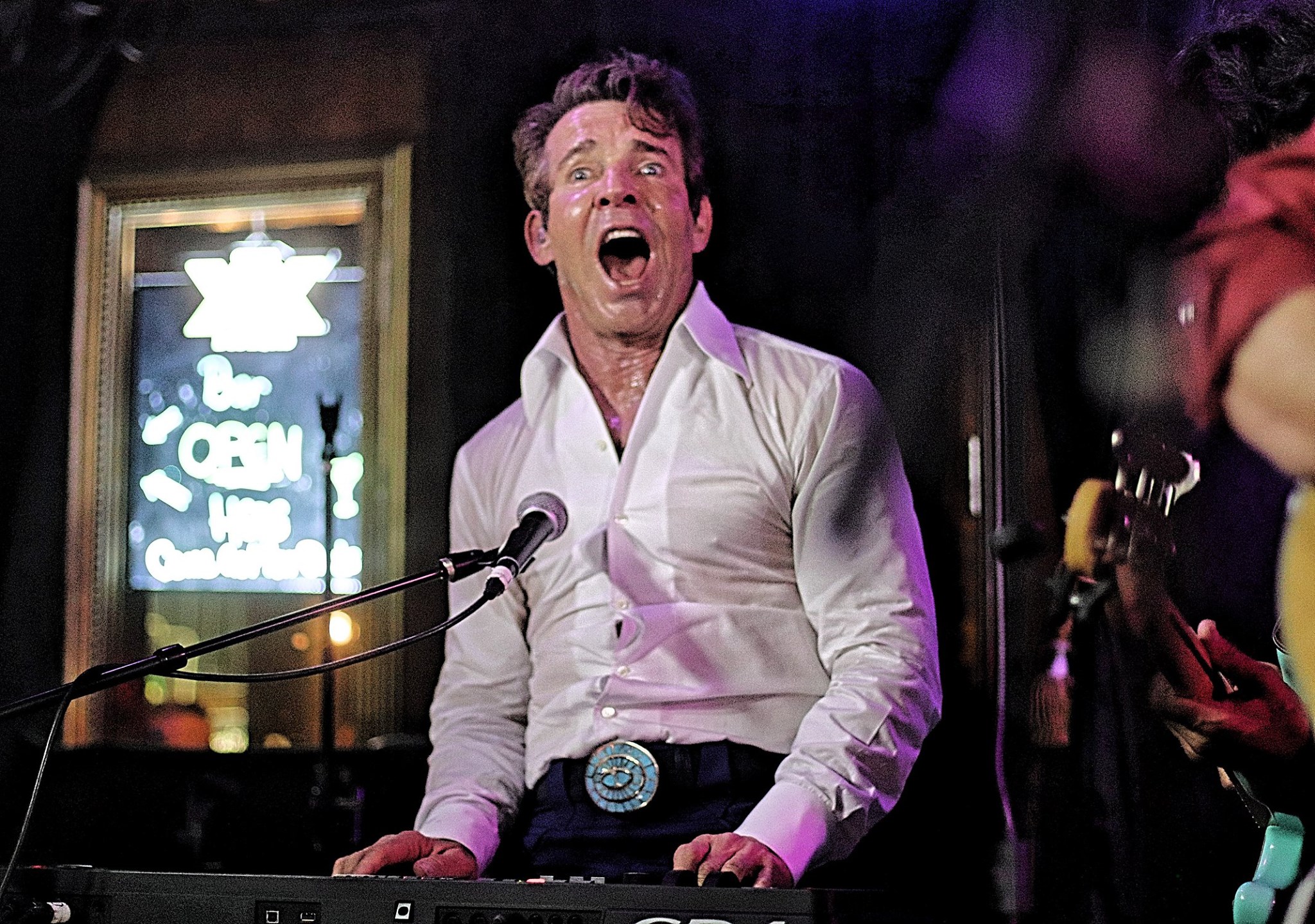 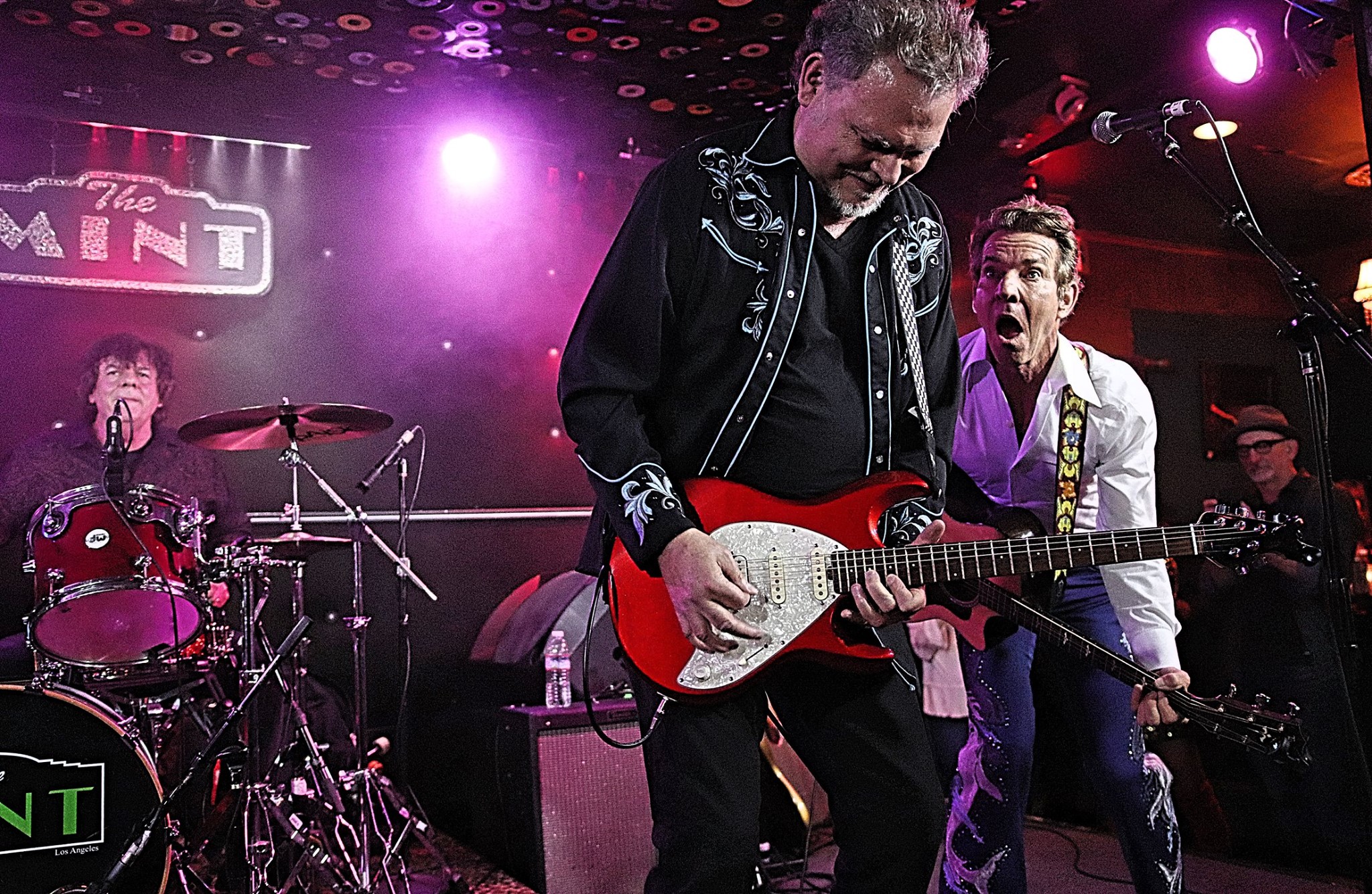 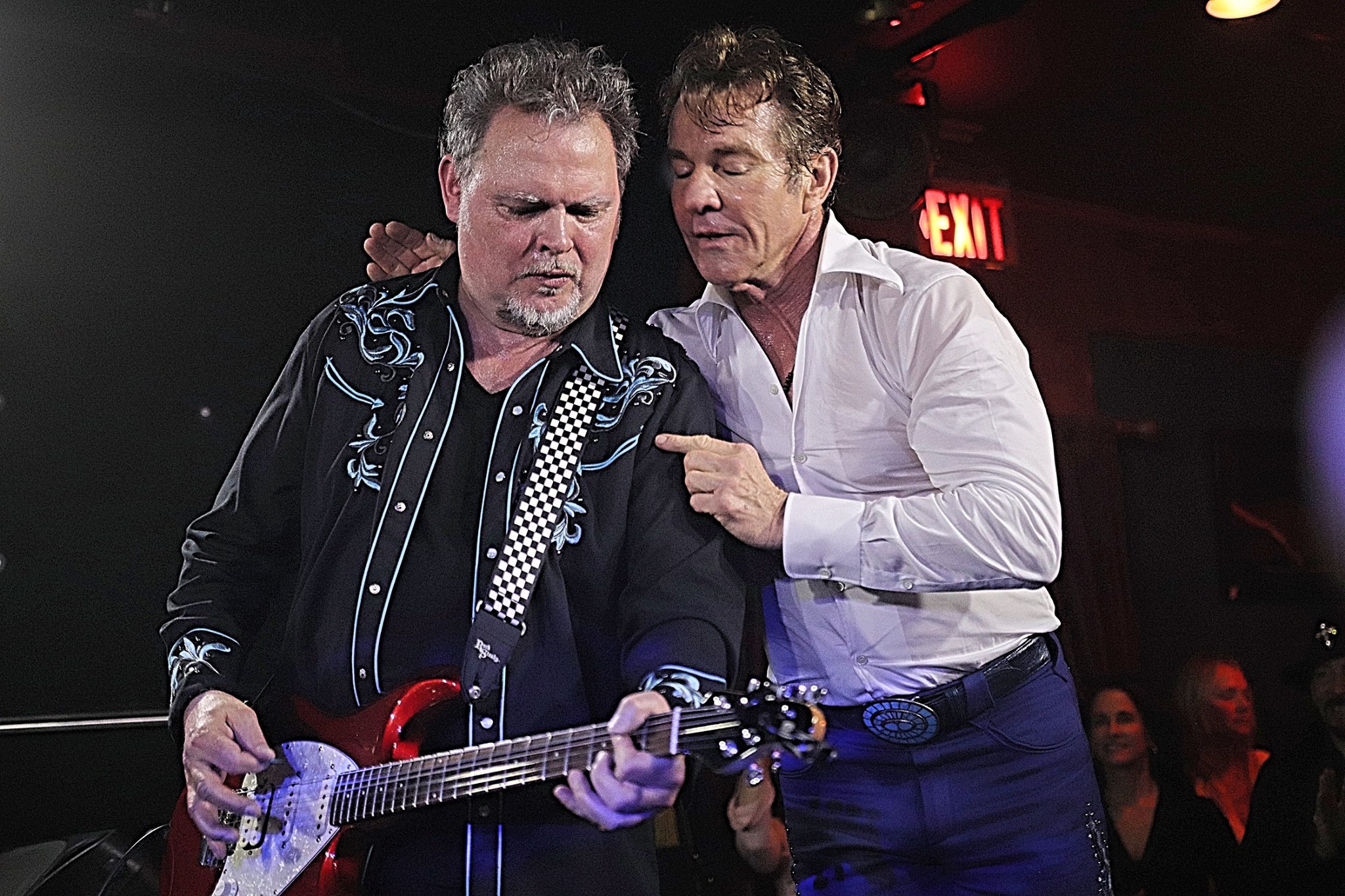 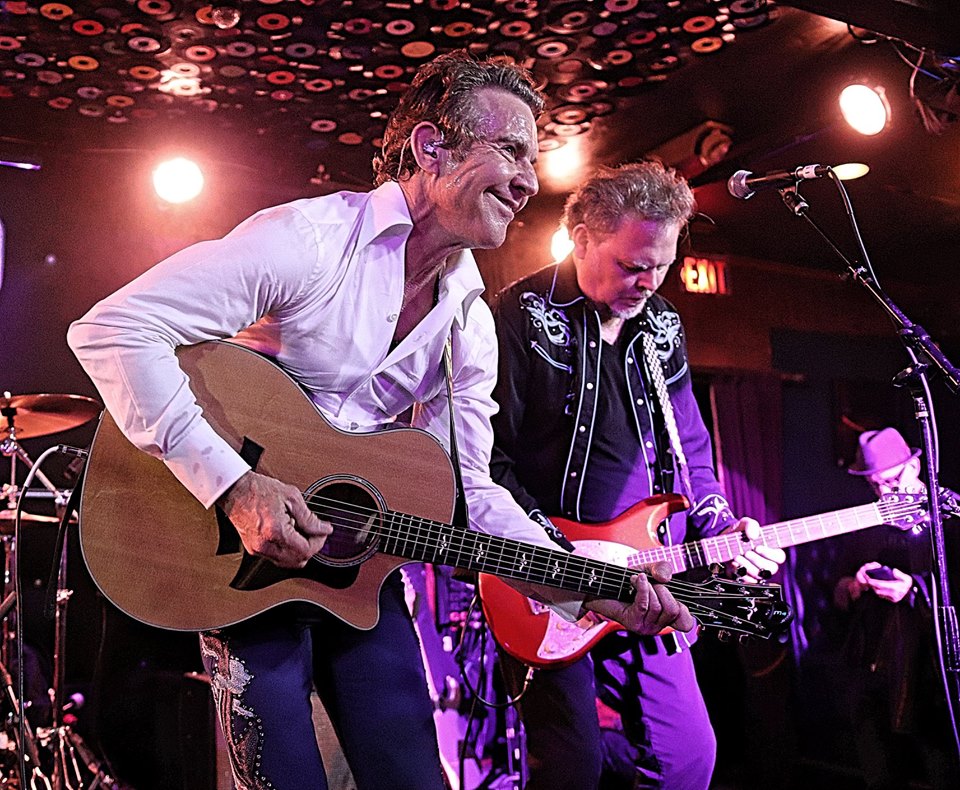 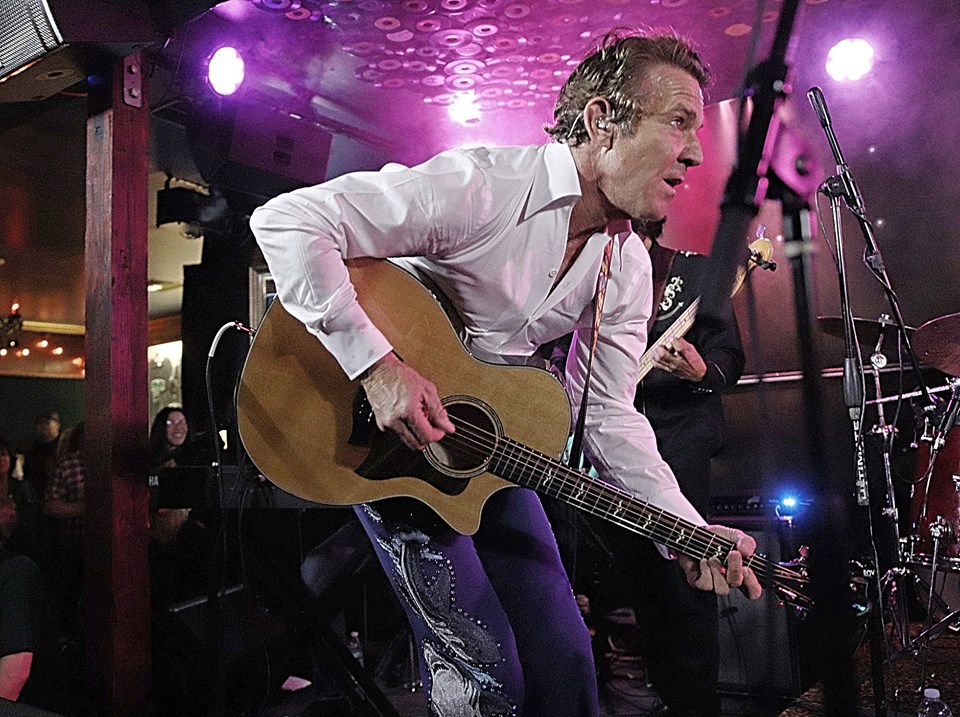 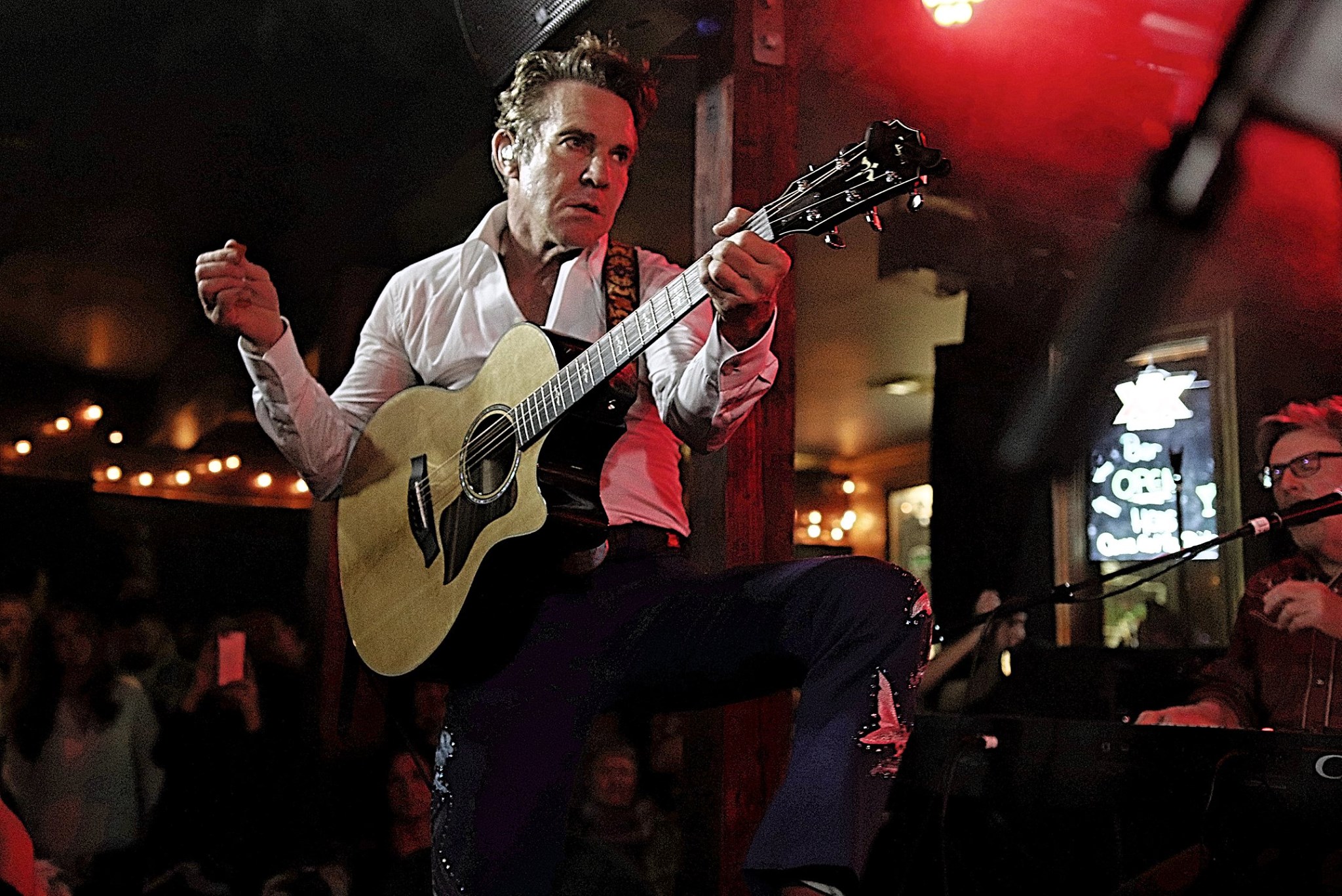 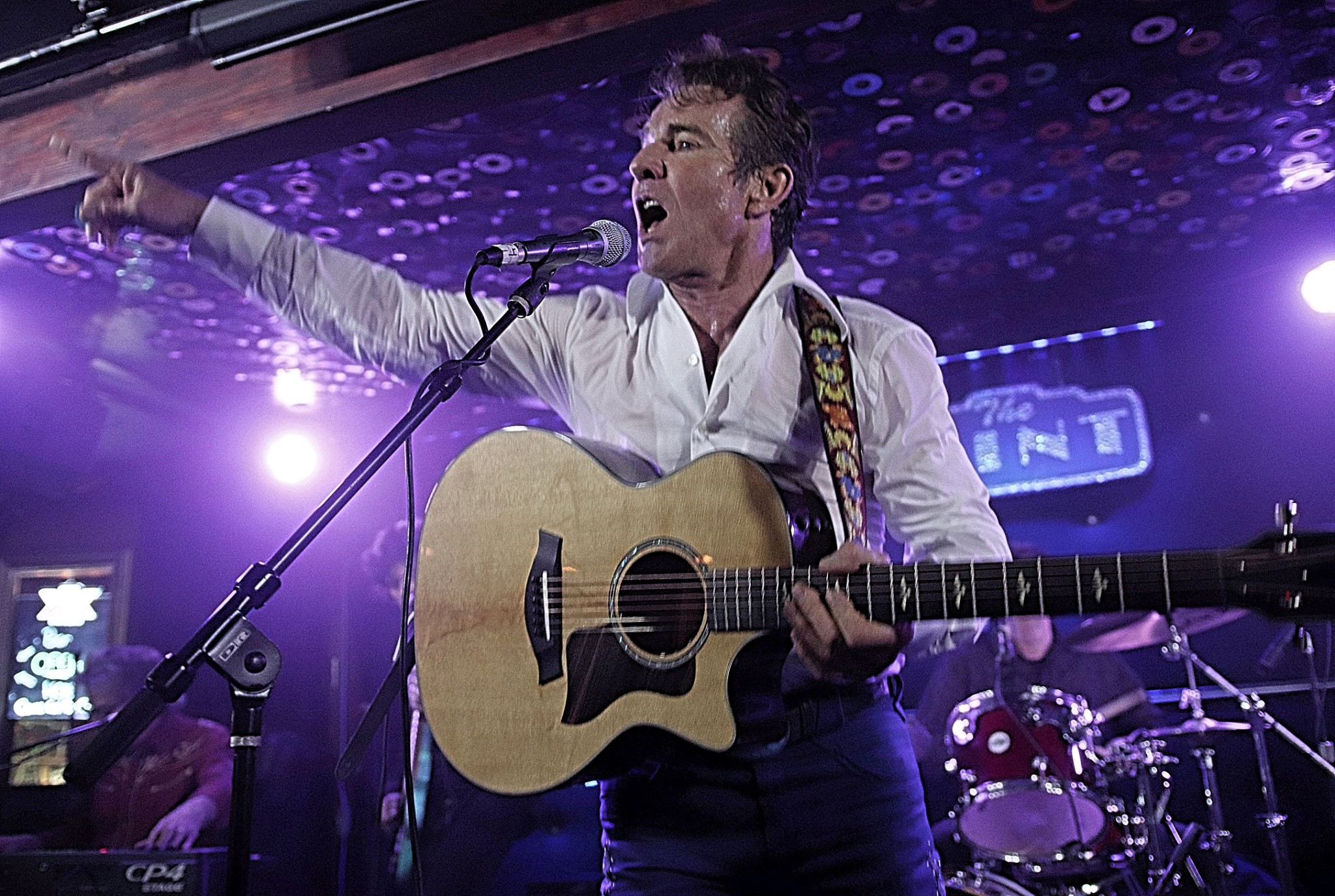 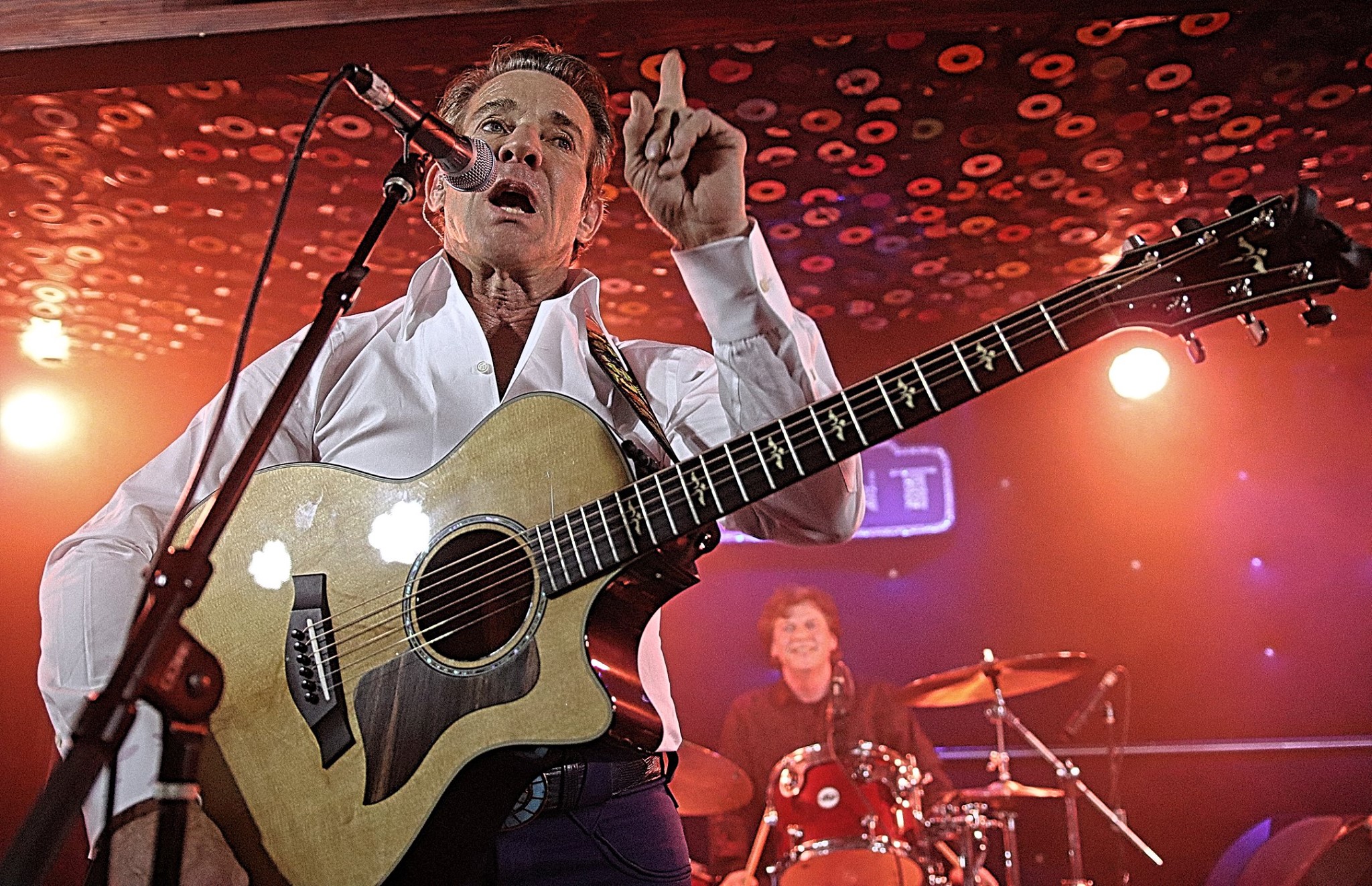 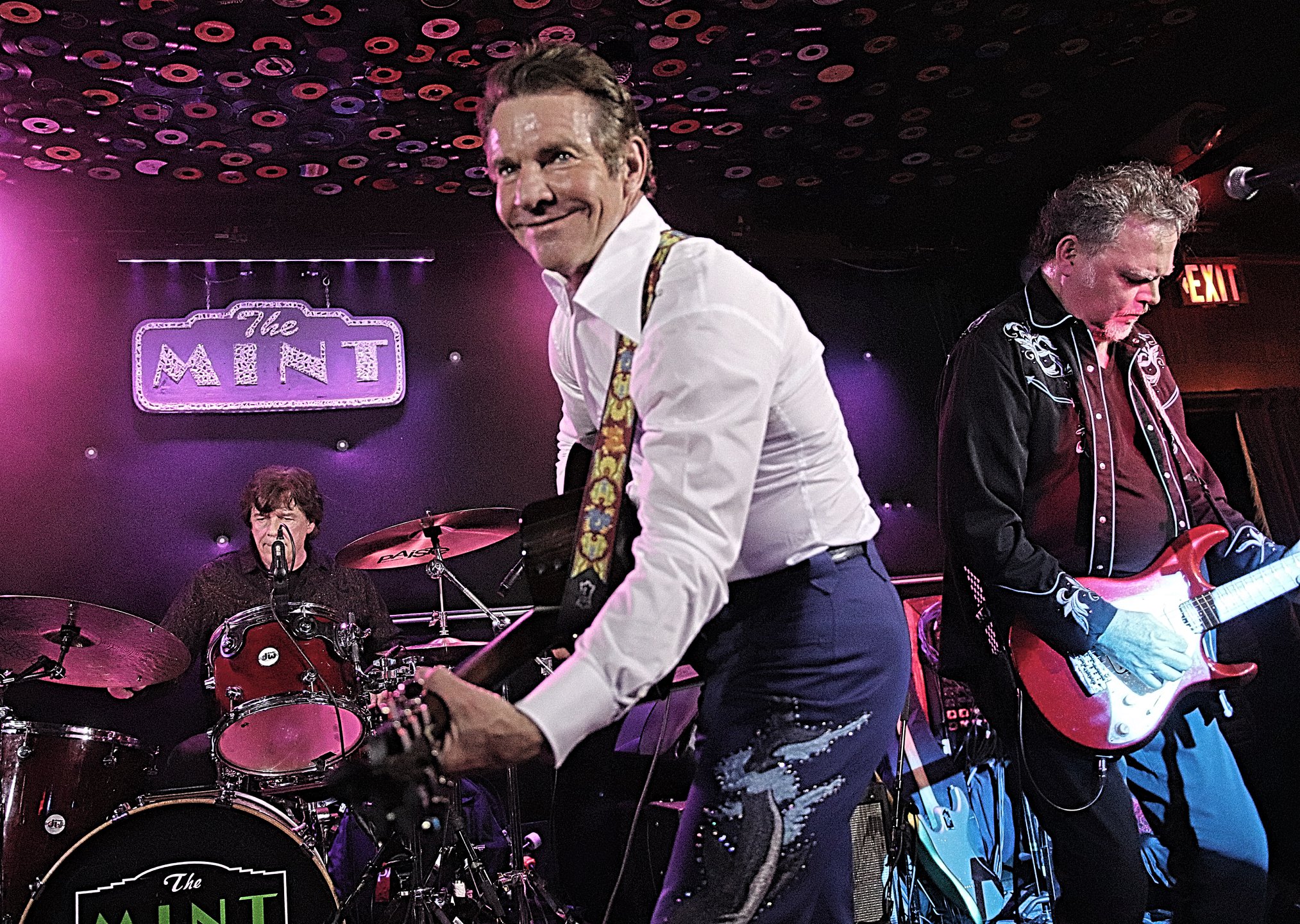