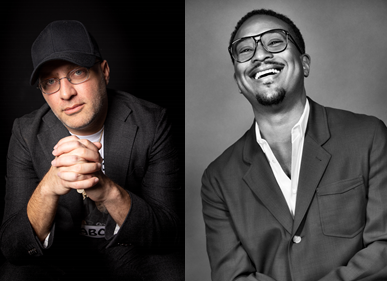 Mr. Mormile – the seasoned LA-based hitmaker and manager who counts superstar producer Mike Will Made It, west coast rap giant YG, and trap legend Soulja Boy among his clients – has been appointed Executive Vice President, West Coast. In his new role, Mr. Mormile will work closely with Def Jam’s artists and managers, its Santa Monica-based executive team, and within the creative community as a whole. Mr. Mormile also brings his own label venture to the company, where he will sign and develop talent exclusively for Def Jam Recordings. Mr. Mormile will report directly to Mr. Rosenberg.

“DJ brings to Def Jam over twenty years of experience in the industry and a resumé that includes a long string of decorated accomplishments and accolades,” said Mr. Rosenberg. “We are very lucky to bring his sharp ear, experience and strong relationships into our fold.”

“It’s an honor to be reunited with Paul Rosenberg after beginning our careers together almost 20 years ago,” said Mr. Mormile, “Now here we are at Def Jam, the label with the strongest brand and legacy in Urban music.  I am excited to be joining the renowned Def Jam team, and I look forward to developing artists with its talented staff.”

“Jeff is the embodiment of the forward-thinking renaissance marketing executive,” said Mr. Rosenberg.  “He has mastered the subtleties of high-profile brand leveraging and new product launches, experiencing an extraordinary level of success whose lessons can be brought to bear in today’s competitive music marketplace.  I am confident that Jeff will play a transform­ative role in Def Jam’s future.”

“I’m excited to re-enter the major label system,” said Mr. Burroughs, “and proud to be joining Paul Rosenberg, Rich Isaacson, Scott Greer and the talented Def Jam executives at the undisputed home of hip-hop. I intend to make sure that I add value at a critical and opportune time in the history of this legendary label.”

DJ Mormile is a 14-year alumnus of Interscope Records, a division of Universal Music Group (UMG).  His tenure at the label began in the Urban A&R Department in 1998, coinciding with the Interscope arrival of global megastar Eminem, managed by Mr. Rosenberg.  Mr. Mormile was promoted to Head of the Urban A&R Department in 2005, and after four years was pro­moted to Head of Interscope’s entire Urban Music Department, where he stayed until 2012.  He joins Def Jam after a three-year stint as Senior Vice President of A&R at Columbia Records, beginning in 2015.  Mr. Mormile attended Boston College, where he graduated in 1999, with the Bachelor of Arts degree in Finance and Marketing.

Mr. Burroughs comes to Def Jam from Rise Entertainment, the Los Angeles-based marketing, consulting and brand strategy firm that he founded and helmed.  He began his career at Bad Boy Entertainment in 1995, where he was Executive Vice President. During his five-year tenure, the company became one of the highest grossing conglomerates in the entertainment industry, whose profitable ventures – including Sean John Clothing, Ciroq, Justin’s Restaurants, and Blue Flame Marketing – actually shifted culture. In 2004, Mr. Burroughs moved to RCA Records, a division of Sony Music Entertainment, as Senior Vice President.  As Head of Commercial for Simon Cowell’s SYCO in 2011, Mr. Burroughs pioneered the first ever product developed for a TV show; the introduction of the ultra-premium X headphones, a joint venture with Sony Electronics which became the most successful head­phone launch in Sony Electronics history. This led to the orchestration of successful integrated marketing campaigns for The X-Factor involving Pepsi, GM, Sony Electronics and Verizon.