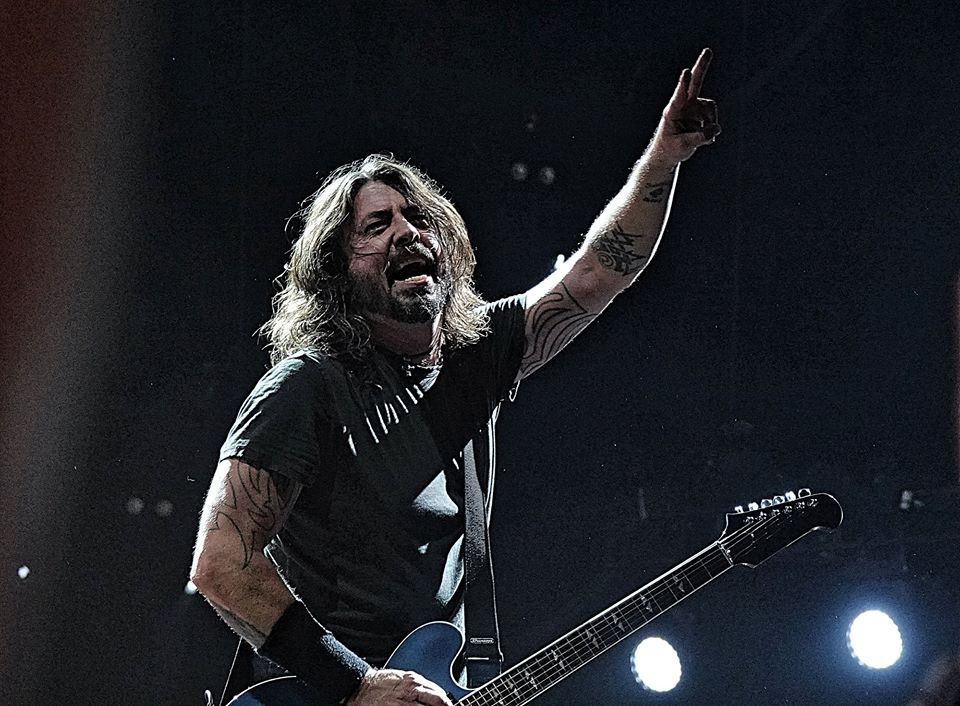 Dave Grohl couldn’t stop raving about the upcoming Foo Fighters album during an interview on Los Angeles radio station ALT 98.7 FM. He was with his mom, author Virginia Grohl, and he discussed the sound of the next album:

‘It’s filled with anthemic, huge, sing-along rock songs,’ said Grohl. ‘It’s almost like a dance record—not like a EDM, disco, modern dance record. It’s got groove, man. To me, it’s like our David Bowie’s Let’s Dance record. That’s what we wanted to make, ’cause we were, ‘Yeah, let’s make this really up, fun record!’ And it’s got its dark corners and whatever, but we were so excited to go out and play, and then we just hit pause on everything.’

I obviously haven’t heard the record, it’s not released yet, but comparing a Foo Fighters album to a David Bowie album could sound like a joke to many. I know plenty of people looooove the Foo, I saw them last December when they were headlining the Intersect festival in Las Vegas and the energy in the crowd was very high, but the music? The music was that same mediocre beer-elbow-bumping pop-rock choruses, people were happy and very drunk, but I got really bored after a few songs, stuck in the middle of middle-age men spilling their brewed beverages over my feet.

Let’s see, their last album was ‘Concrete and Gold’ with such memorable (rolling eyes) lines as ‘the sky is my neighborhood’ and if there were plenty of arms in the air in Las Vegas, plenty of this we-want-to-save-rock-and-roll attitude, all the songs sounded the same despite the trailblazing guitar solos and the bulldozer drums… everything sounded like this scissor lift where Taylor Hawkins played his drums… over the top. And even though Dave Grohl is probably the friendliest rock star on the planet, his heavy-duty rock & roll is nowhere to be found in the pantheon of music.

Comparing the Foo Fighters’ upcoming album to Bowie’s ‘Let’s Dance’ with the magic of Nile Rodgers is placing the bar very high. Rodgers remembers Bowie coming into his apartment and showing him a photograph of Little Richard in a red suit getting into a bright red Cadillac, saying ‘Nile, darling, that’s what I want my album to sound like.’ I am afraid we are going to be far from this shiny vision with Dave.

Plus, there is this email exchange that Dave Grohl had with David Bowie in 2013, Grohl was asking for a collaboration and Bowie respectfully declined while replying ‘Fuck off!’ Interestingly, Grohl was already mentioning ‘Let’s Dance in this same Instagram post narrating the story,… it must have been some kind of goal in life for him.