Dave Chappelle’s “8:46” Thought About From A Distance 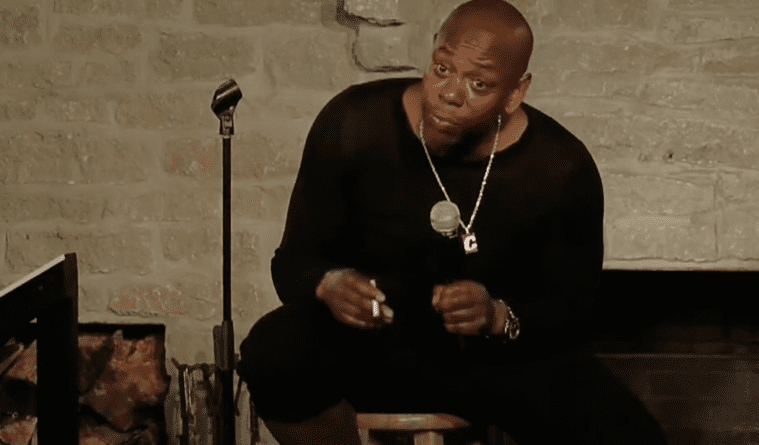 I’ve held off writing much about either the murder of George Floyd or Dave Chappelle’s “Dave Chappelle & Friends: A Talk with Punchlines” “8:46” because:

There are plenty of very positive reviews out there, and rightfully so, so if you want an overview I recommend you find em,. This isn’t one, rather there are structural and conceptual problems that put me off, among them Chappelle’s attempt to put himself in the mix due to extended use of synchronicity. For instance, Dave is shocked that the eight minutes 46 seconds, read as 8:46 is both the amount of time police officer Derek Chauvin had his knee on Floyd’s neck and the time Dave was born, begging an answer to the question: so what?

This weaving in and out of the murder is strong, and Dave’s explanation as to just how much time eight and a half minutes is, is very powerful. But moral indignation is tiring and bad news, having Chappelle scream in rage is not its own reward.

While it is undoubtedly difficult to crack jokes around BLM, that’s still his job. It is still what he does. And he should have done it. Can laughter NOT BE ANGRY? I know: too soon. And I couldn’t do it. But as a man who is a modern day Richard Pryor, why can’t he?

Horror is absurd, the worst thing you can imagine, nuclear holocaust, is hysterically funny, and in its own light and level, so is police murdering black men for no reason, the debased indifference to a life by those whose job is to protect it, and how it has stepped up black rights and a violent and scary armed force on the streets of the US in the midst of the most racist President of our times is a Pandora’s box revenge of the downtrodden at the least expected time. That’s, at the very least, ironic.

If Chappelle wanted to do this 27 minute performance, why didn’t he break through the story, why didn’t he find something his own to add to the dialogue. Really, you have half an hour and you want to blast Laura Ingraham? Which of your audience doesn’t know EXACTLY what she is, and those who love her aren’t watching you? Stop singing to the choir.

One last thing, why doesn’t Chappelle show a tenth as much compassion and empathy for the transgender community, especially women of color, who are murdered on our streets every single day, as he does for the black community?