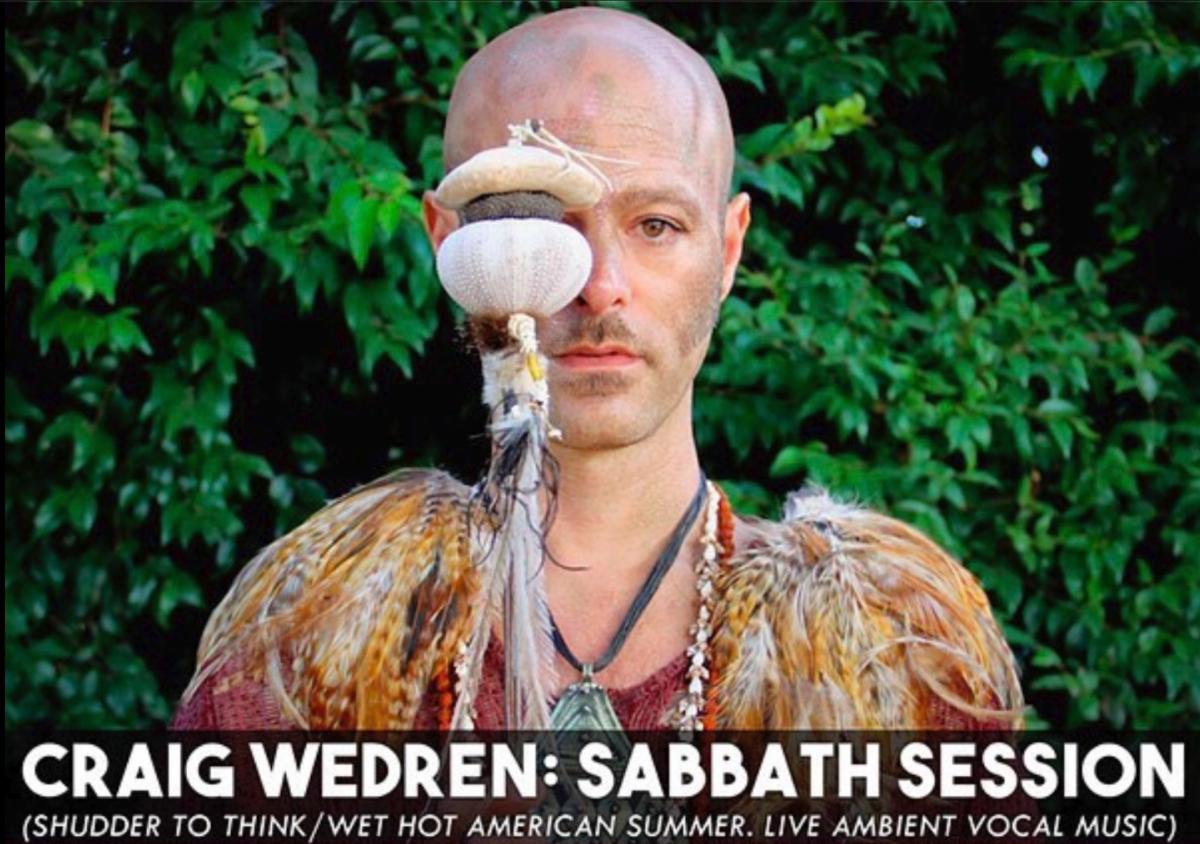 Acclaimed songwriter, singer, film & television composer and Shudder To Think frontman Craig Wedren is adding another title to his already expanded resume: podcast creator. On February 19, he will release the first episode of his Sabbath Sessions podcast — a collection of musical meditations that he has been crafting since 2014. This new podcast will represent his first explorations of ambient choral music, where Wedren developed his technique of sampling and looping his famously elastic voice resulting in a unique kind of sound bath. Listen to a sample of the music found on the podcast here: https://youtu.be/wLUVnGrqiqs.

Sabbath Sessions was born out of the introspection of Wedren’s longtime mindfulness and wellness practices, embracing everything from Transcendental Meditation to yoga. As such, each episode will run approximately twenty minutes, providing an aural correlative for meditation practice. Read more on Sabbath Sessions here: http://www.craigwedren.com/sab-sesh.

Wedren sees the experimental, inclusive bent of Sabbath Sessions as uniting many different strands of his varied musical aptitudes. “Think of it as Smile-era Brian Wilson singing ambient Brian Eno—who is a huge influence–from Music for Airports to his fondness for feather boas; or shoegaze ‘Bohemian Rhapsody,’” he notes. “My love of John Cage and Steve Reich is in there, too.”

To celebrate Sabbath Sessions’ release, Craig will perform at a podcast launch event and soundbath, taking place in Los Angeles at Wanderlust Hollywood(1357 N Highland Ave) on February 23 from 5:30-8pm. Wedren will close out the evening by performing a sampling of what will be offered on Sabbath Sessions. Tickets are $15 in advance and $20 day-of, and can be purchased here: http://www.wanderlusthollywood.com/events/sabbath-sessions-sound-bath-launch-party-craig-wedren.

Long an experimenter with pedals, samplers, and digital recording, for his first Sabbath Session, Wedren brought it all back home with a performance at D.C.’s revered punk temple, Dischord House – in the process, establishing a key tenet of his approach. “Every Sabbath Session captures the acoustics and innate vibration of a space that’s sacred to me,” he says. “That’s why I chose Dischord House – it’s where I began, really.”

Sabbath Sessions also reflect Wedren’s own journey to wellness: as Shudder to Think began to end its first run in the early 2000s, Wedren was diagnosed with Hodgkin’s Disease – triumphantly surviving it, he remains in remission. Last year, however, Wedren experienced a heart attack – powerfully renewing his focus on health and greater spiritual concerns, which culminated in the Sabbath Sessions podcast series. “Above all, Sabbath Sessions are all about memory, nostalgia, space, and the vibrations that accompany them,” he concludes. “For me, they become a healing catharsis taking me through the kinks of life, and helping to work them out. For listeners, I hope they become a kind of sonic, psychedelic mantra, with just enough to hold onto to take them to another place. The way dreams cleanse the mind at night – this is the musical version of that.”