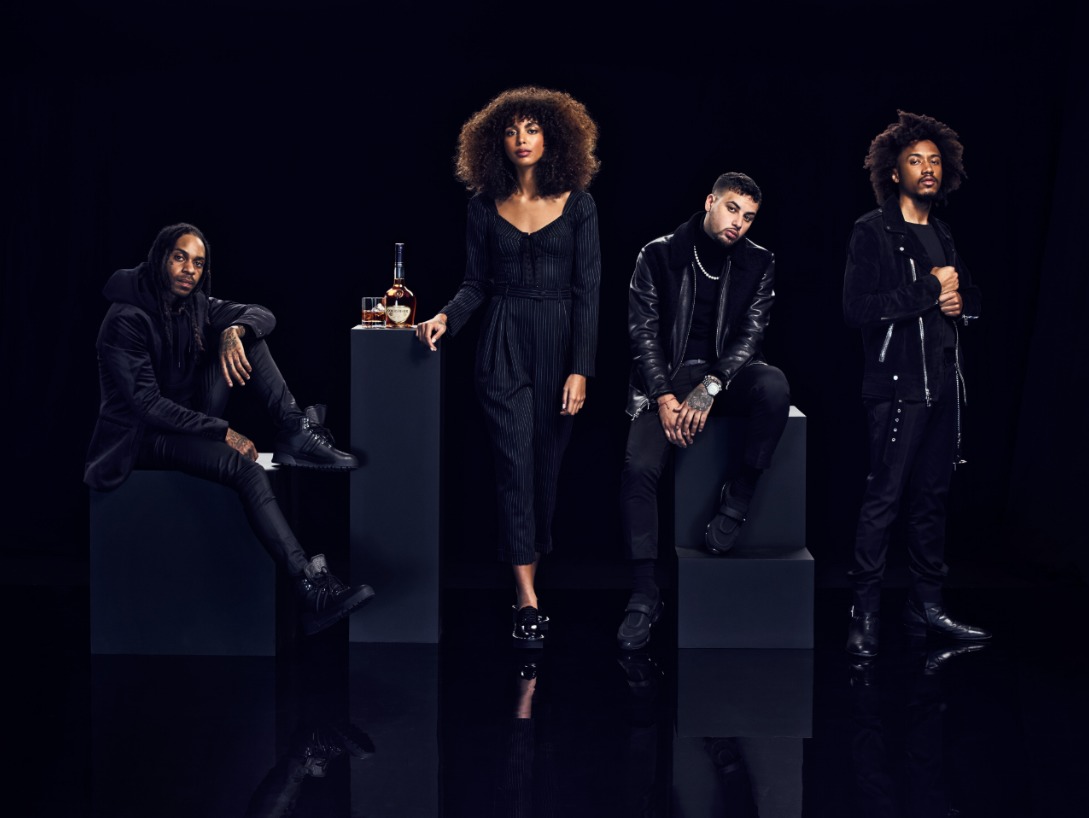 COLLABORATION BETWEEN TWO ICONIC BRANDS SHOWCASES HOW COURVOISIER AND DEF JAM CREATE LEGACIES FOR FUTURE GENERATIONS.
CHICAGO, May 29, 2019 — Courvoisier®, the most awarded cognac house* and producer of the finest cognac for nearly 200 years, is proud to announce a first-ever partnership with Def Jam Recordings, the iconic music label known for producing some of the best talent in Hip Hop throughout the last 35 years. As part of the collaboration, Courvoisier will become Def Jam’s exclusive spirits partner to establish a music platform, Amplified: Icons on the Rise, that includes high-profile activations designed to highlight key cultural moments and an event series featuring performances intended to celebrate a new generation of emerging artists.

Courvoisier® Cognac has announced its a first-ever partnership with Def Jam Recordings. As part of the collaboration, Courvoisier will become Def Jam’s exclusive spirits partner to establish a music platform, Amplified: Icons on the Rise, which includes high-profile activations designed to highlight key cultural moments and an event series featuring performances intended to celebrate a new generation of emerging artists. Artists in the series include Valee, Arlissa, Amir Obè and Bobby Sessions

“We’re excited to partner with an iconic brand like Def Jam to recognize a new generation of artists,” said Stephanie Kang, Marketing Director at Courvoisier. “Like Def Jam Recordings, Courvoisier has a history rooted in a strong entrepreneurial spirit. We were founded on the principle that Courvoisier is a community, not a company. Through collaboration with talented artisans in our hometown of Jarnac, France, we’ve delivered a cognac of superior quality for generations.”

Courvoisier’s “Honor Your Code” platform celebrates the influences, life lessons, convictions, and ideas that guide life’s choices and inspires others to share their success with those who matter most. The partnership with Def Jam will span multiple touchpoints, including high profile events with Def Jam artists, social and digital media content, advertising and intimate brand activations. The emerging talent highlighted through the concert series includes Valee, Bobby Sessions, Arlissa and Amir Obè. They will tour cities around the United States such as New York, Chicago, Los Angeles, Miami, Detroit, Atlanta and Washington D.C. throughout 2019.

“A major focus for Def Jam and our brand initiatives involves connecting to our audience in authentic ways.  Courvoisier and Def Jam are two iconic brands that run deep within culture,” said Paul Rosenberg, chairman and CEO of Def Jam Recordings. “We’re thrilled to partner with Courvoisier as we engage our audiences through exciting new platforms with incredible new artists.”

The House of Courvoisier was founded by Louis Gallois and Emmanuel Courvoisier based on their belief in the power of the collective. It is this conviction that inspired Courvoisier to nurture close relationships with respected artisans and winegrowers to produce its high quality, award-winning Cognac since 1828.  Courvoisier Cognac has several expressions, which appeal to a variety of Cognac preferences and lifestyles, including VS, VSOP, Sherry Cask Finish, XO, Initiale Extra, and the ultimate expression of the House, L’Essence de Courvoisier.

Beam Suntory was created in 2014 by combining the world leader in bourbon and the pioneer in Japanese whisky to form a new company with a deep heritage, passion for quality, innovative spirit and vision of Growing for Good.  Headquartered in Chicago, Illinois, Beam Suntory is a subsidiary of Suntory Holdings Limited of Japan.  For more information on Beam Suntory, its brands, and its commitment to social responsibility, please visit www.beamsuntory.com and www.drinksmart.com.