Courtney Marie Andrews’ “It Must Be Someone Else’s Fault” debuts today; watch the official music video 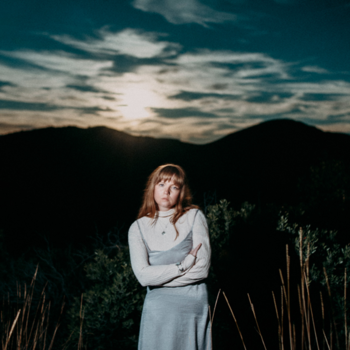 COURTNEY MARIE ANDREWS’
“IT MUST BE SOMEONE ELSE’S FAULT” DEBUTS TODAY; WATCH THE OFFICIAL MUSIC VIDEO

May 27, 2020 — Acclaimed singer, songwriter and musician Courtney Marie Andrews’ new song, “It Must Be Someone Else’s Fault,” is debuting today. Watch/share the official music video HERE. Directed by V Haddad and with cinematography by Adam Gundersheimer of Slopehouse Productions, the video was choreographed by Marlee Cook-Parrot—more widely known as Marlee Grace—a writer and dancer who has garnered widespread attention over the past few years for her focus on improvisation and self-expression.

Of the video, Haddad reflects, “‘It Must Be Someone Else’s Fault’ inspired us to create a video exploring being and becoming a woman and the world that surrounds her in this journey. Through dream-logic, we set out to interweave our characters through choreographed echoes and mirror moments of dance to draw out an ode to matriarchy, empathy, and sisterhood.”

The song is the latest unveiled from Andrews’ highly anticipated new album, Old Flowers, which will be released July 24 on Fat Possum Records (pre-order). Originally set for release on June 5, the album was rescheduled to ensure that independent record stores across the country will have physical copies of the album available at the same time it’s released digitally.

Ahead of the release, Andrews has shared two album tracks: “Burlap String” and “If I Told,” of which Stereogum declares, “a spare, meditative performance…up front in all of it is Andrews’ voice, wringing beauty out of pain and self-realization,” while Refinery29 proclaims, “Andrews has long been one of the most unguarded singer/songwriters in the game and her latest single is a work of utter vulnerability.”

Of the album, Andrews shares, “Old Flowers is about heartbreak. There are a million records and songs about that, but I did not lie when writing these songs. This album is about loving and caring for the person you know you can’t be with. It’s about being afraid to be vulnerable after you’ve been hurt. It’s about a woman who is alone, but okay with that, if it means truth. This was my truth this year—my nine-year relationship ended and I’m a woman alone in the world, but happy to know herself.”

Of their intention, Sarlo adds, “Before we got to the studio, we agreed to prioritize making this record as cathartic and minimal as possible—focusing on Courtney’s voice and her intention behind the songs. Because of this, the record is all about performance. I believe a great recording is the chemistry between everything during basics and the ability to feel something happening instead of obsessing over the perfect take. Courtney embraced this approach and we ended up with a raw, natural and human record.”

The release of Old Flowers continues a series of breakout years for Andrews following her critically acclaimed 2018 album, May Your Kindness Remain. The album was featured on several year-end lists including NPR Music, Variety, Paste, No Depression, The A.V. Club and Rolling Stone, who called it, “a vital roadmap of grace, forgiveness and compassion during a year when the demand for such virtues has never been higher.” Additionally, NPR Music proclaimed, “a collection of songs, borne from interactions with others, that strives for healing and empathy in the midst of division and discord” while Stereogum praised, “astonishingly beautiful.”

Since the release, Andrews has performed at NPR Music’s Tiny Desk Concert series and on CBS This Morning, earned an Emerging Artist of the Year nomination at the 2018 Americana Music Association Honors & Awards and has continued to tour toured extensively including shows with Brandi Carlile, Tyler Childers, The Head and the Heart, John Prine and Shakey Graves.