Could The Musical Tastes Of The World’s Leaders Teach Us Anything? 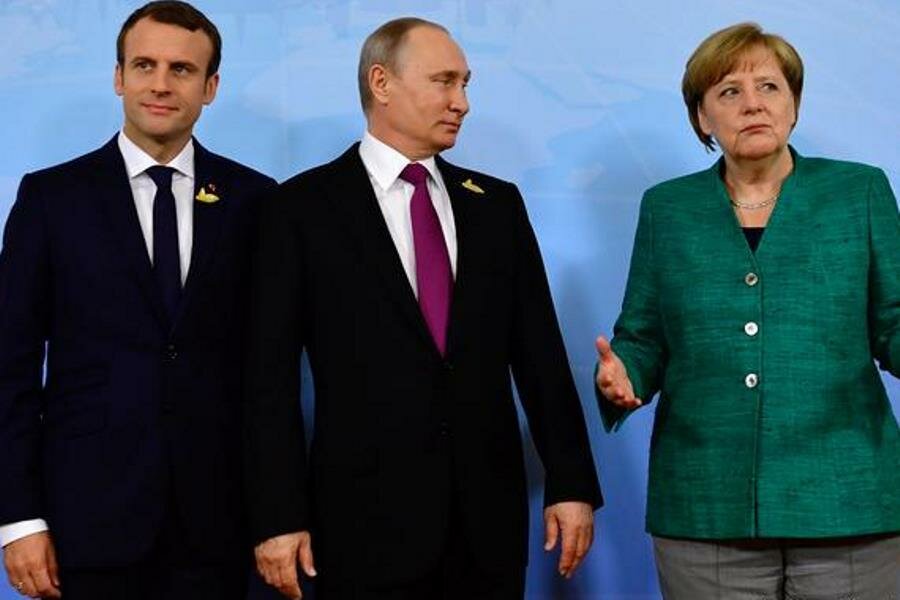 Ever wonder about the musical tastes of the world’s leaders? Could we learn anything from them? I tried to find out for 6 of them, and if it is not extremely captivating – these people are very busy and there is no way they could find the time to catch up with the current state of music – it nevertheless confirms what we already know about them.

Germany’s modest chancellor Angela Merkel is one of the world’s most powerful women and she is a classy example. She and her husband enjoy attending the opera together, and they are even big fans of Wagner. She is truly unsurprising. She also admitted her love for traditional songs: ‘I love singing and when I have the opportunity I sing traditional songs,’ she said during her weekly podcast while admitting that music has played a huge role in her life. She was also taught the flute and piano but admits not being very good at it. As a music classic lover, she attends Germany’s Wagner festival at Bayreuth with her husband Joachim Sauer every year, and plenty of classical concerts and opera houses across Berlin.

France’s President Emmanuel Macron is an avid amateur pianist, who studied piano for 10 years at the music conservatory in Amiens, where he won third prize. He is particularly fond of the music of Robert Schumann and Franz Liszt. He also admits having a great admiration for Rossini, but during a Bastille celebration a few years ago, he made a  French military band play a mash-up of Daft Punk’s ‘One More Time,’ ‘Harder, Better, Fast, Stronger’ and ‘Get Lucky,’ in an unconventional’ move to impress Trump. He also hosted a free concert of electronic music in the courtyard of the presidential Elysée Palace 2 years ago. On the bill, were DJs Kavinsky and Pedro Winter – Kavinsky is known for ‘Nightcall,’ part of the soundtrack to the 2011 film ‘Drive,’ and Winter is the longtime former manager of Daft Punk, and the founder of the Ed Banger label, whose artists have included house music acts Justice and Sebastian.

When asked who his favorite band is, prime minister of the United Kingdom Boris Johnson answered The Clash or the Rolling Stones, and ‘mainly I listen to The Rolling Stones nowadays, so you can make of that what you will.’ But the idea that Johnson is a fan of ‘London Calling’ didn’t sit well with the Clash’s fans. He received the same backlash as Paul Ryan when he said he was listening to ‘Rage Against the Machine’… do these people ever pay attention to the lyrics? Johnson also appeared on the BBC Desert Island show and effectively played The Rolling Stones and The Clash with the Beatles, Booker T. &  the MG’s, Van Morrison, but also plenty of classics such as Beethoven, Brahms and Bach.

One thing is sure, Vladimir Putin, the third-most-powerful world leader, doesn’t like rap. Two years ago, a very famous rapper in Russia was jailed for 12 days for doing an impromptu performance, and Putin got mad at rap artists for focusing on drugs sex, and protests. Like any good dictator, he asked for some kind of regulation. I guess Pussy Riot is not on his favorite list either. Unsurprisingly, he has mentioned classical music – Bach, Beethoven, ‘and Mozart, of course. Maybe, first of all, Mozart,’ as his favorite musical pleasures, but also Rachmaninov, Schubert, Liszt. He has also declared his love for Russian music and the Beatles: however, his favorite song is not ‘Back In The U.S.S.R.’ but  ‘Yesterday.’

Chinese President Xi Jinping and prime minister of India, Narendra Mo are obviously much more mysterious ones. However, Xi Jinping’s wife, Peng Liyuan, is a superstar singer in China, a ‘folk singer’ who became the first lady of China. But since 90% of her songs are complimenting the Communist Party, I would not call her ‘folk singer.’ The Chinese government has also an official three-minute rap song featuring musician Wu Wenduo, with a few sound bites from Xi himself. Of course, it’s pure propaganda, and the president is referred to as ‘Big Daddy Xi,’ but this is not the only example, there is a long list of pop hits celebrating the president, such as ‘Our Xi Dada,’ ‘The Idol Xi Dada,’ ‘If You Want to Marry, Marry Somebody Like Xi Dada,’ ‘China has its Xi Dada,’ ‘Be a Man Like Xi Dada’ and, best known of all, ‘Xi Dada Loves Peng Mama’…It is beyond ridiculous, however, Xi Jinping and India Prime Minister Narendra Modi were seen enjoying an instrumental rendition of 1982 Bollywood song ‘Tu, Tu hai wahi,’ during the informal summit in Wuhan. Maybe this really reflects their music tastes. As for Narendra Mo, he used ‘The Imperial March,’ Darth Vader’s theme music from Star Wars to end one of his speeches this year, which got everyone very confused.