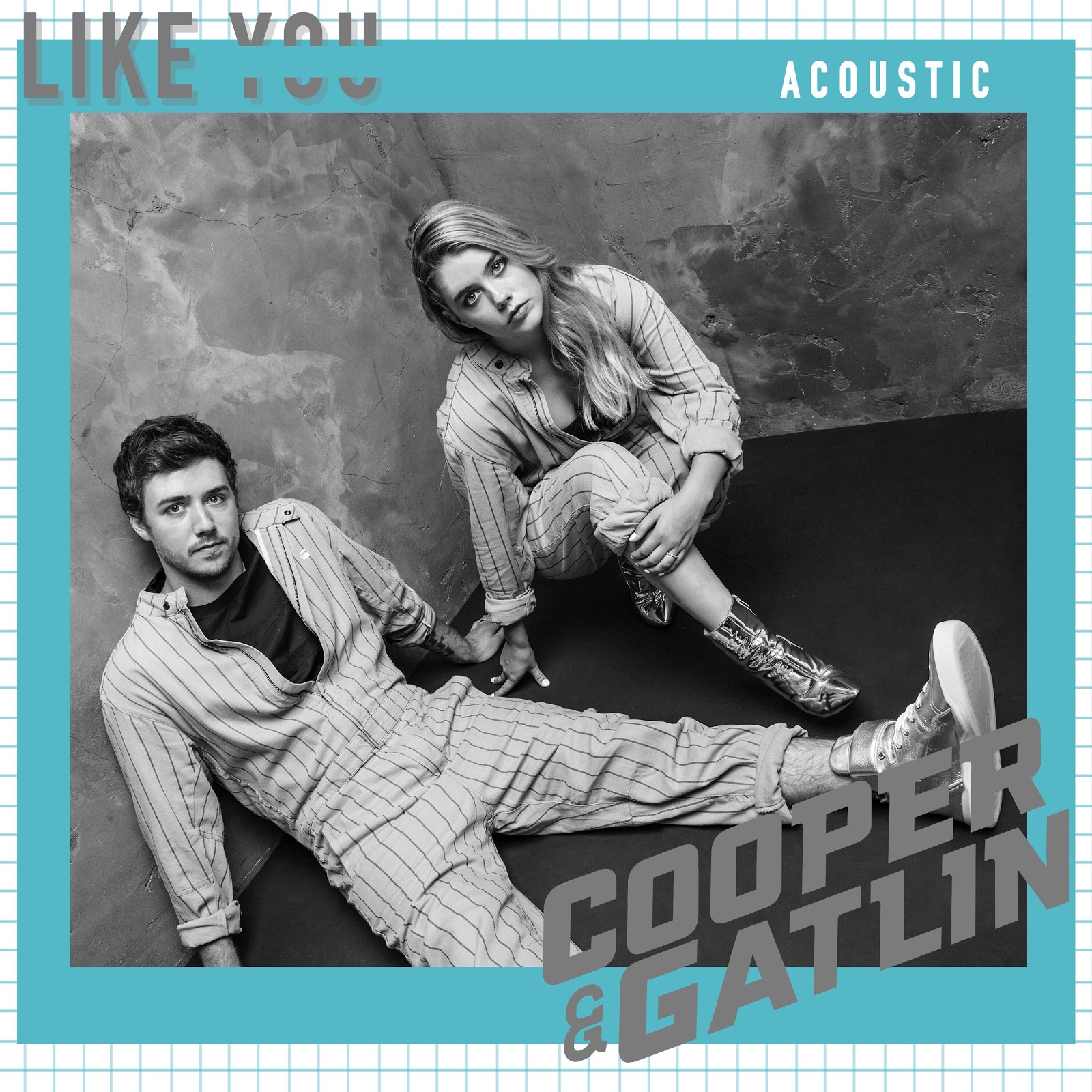 Los Angeles brother-sister pop duo Cooper & Gatlin have released an acoustic version of their second single “Like You.” The acoustic of this instantly alluring and memorable track is stripped back, but still keeps its appeal and tempo. They’ve also released a fun music video to accompany it that’s a BTS one shot of the original.

“It’s hard to believe that ‘Like You’ is only the second single released by this duo. Most artists take a while to find their sound, but Cooper & Gatlin have got theirs down. They’ve found their voice. “Like You” is an upbeat anthem with a unique sound. The catchy beat, clever lyrics, and smooth vocals make for a perfect addition to all of your playlists.” –Affinity Magazine

“Like You” was inspired by observing a rocky child-parent relationship where the roles were reversed and the child became the parent. It may be armed with a catchy hook and infectious production from Steve Solomon (who produced the James Arthur hit  “Say You Won’t Let Go” which has surpassed 1 Billion streams), but they delicately draw the listener into a serious subject matter using the power of a danceable beat.

“Like You” is Cooper & Gatlin’s latest unnervingly memorable release, soaked in sunshine while also mired in emotional turmoil.” –Atwood Magazine

The duo burst onto the scene with their debut “Break,” a catchy and relatable tune about the stoic face you put on in front of ex- lovers. It plays with the duality of looking alright before someone who has broken your heart. Upon its release the track was featured on Spotify’s New Music Friday U.S. playlist (now with over 405,000 plays) and the video has now amassed over 614,000 views. Ultra Records artist Tep No also produced a remix of the track that he even called “one of the best remixes I’ve made.”

The brilliance of this duo lies in their ability to blend elements of both acoustic and electronic music so seamlessly. They draw you in with their lush harmonies, tight melodies and playful brother-sister dynamic. They truly found their sound when the pair’s family relocated to Los Angeles in 2014 from their hometown of Franklin, Tennessee. They’ve spent the past several years honing their craft as songwriters and musicians by forging their wide array of influences together to create a sound uniquely their own. They recently wrote a batch of new left-of-center pop songs that are fun and uplifting in delivery, but still deeply personal and relatable.

KEEP UP WITH COOPER & GATLIN: