Coachella May Be Postponed Till October 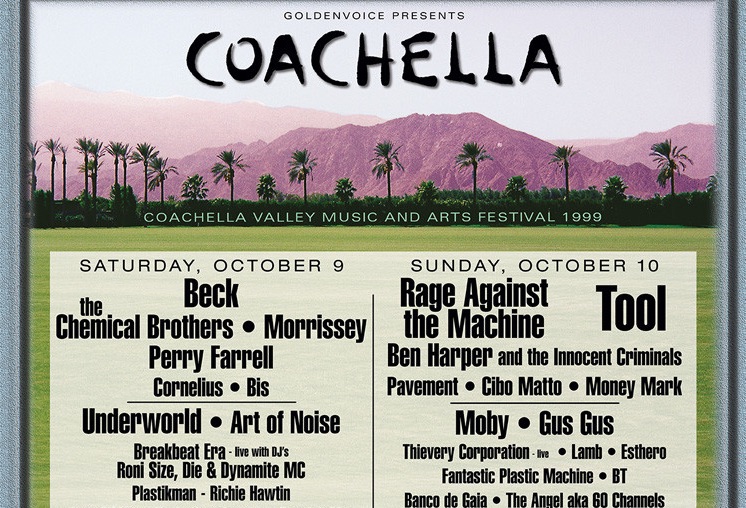 Coachella may be postponed: back to Coachella 1999 in October?

Promoter Goldenvoice is trying to move the April festival to the weekends of October 9 and October 16 in an attempt to save it from probable cancellations due to the coronavirus outbreak. Logically, Stagecoach, the country festival that follows Coachella, may also be moved to October 23.

Nothing has been officially confirmed yet, but as more cases of coronavirus were confirmed in Riverside County where the festival takes place, it could well be a done deal as I am writing this. SXSW was canceled a few days ago, and according to Rolling Stone, several artist managers have been in talks with Goldenvoice discussing postponement of the festival,

Of course, postponing such a massive music event is not an easy task, and many questions are still unanswered. Among them, the most important ones: will all these same artists be available at that time of the year? Billboard’s sources seem to say that, if enough of the big acts (Rage Against the Machine, Frank Ocean and Travis Scott are headlining) are able to make it, the move will take place. Otherwise, all the events may well be canceled and the financial loss will be tremendous: half a million people are visiting the desert each year and the gross revenues of the festival have been above $100 million these past years.

Postponing the festival would not be such a bad idea, if you like the heat, you have to know that the first Coachella Valley Music and Arts Festival was held on October 9 and 10 in 1999 and the temperatures were in the 100s… and yes, Rage Against the Machine was already headlining on October 10 1999. Some things never change.