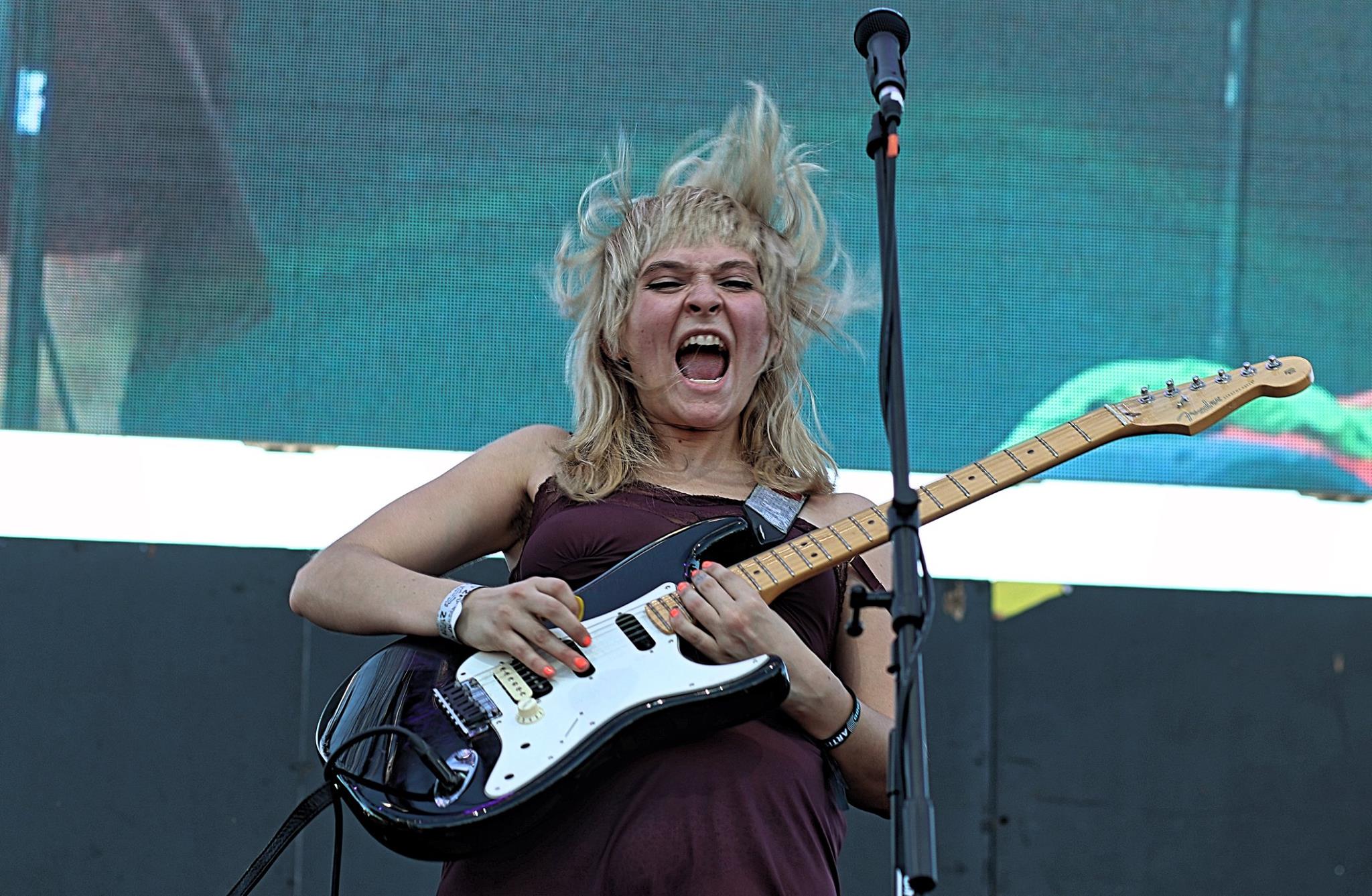 Clementine Creevy, the young woman fronting the LA indie rock band Cherry Glazerr, has just posted a long 2-part text on her Instagram making very damaging accusations mostly directed against Sean Redman, the bassist of another popular LA band, the Buttertones. The accusations are very serious, she is saying that Redman had sex when he was 20 and she was just 14 – it was the first time she was having sex. He insisted on not using protection and he gave her HPV and later on gonorrhea! This means that the guy was sleeping around with probably a lot of other girls without using protection.

Clementine said she was traumatized by the experience and she had to see a therapist a year ago. She managed to cut ties with him 4 years ago, and Redman effectively quit the band in 2016 and was replaced by bassist Devin O’Brien in 2017.

Clementine is also denouncing the LA indie scene in general and she describes ‘a culture of predatory misogynistic and abusive behavior towards women by Sean, some of his bandmates in the Buttertones and other men in their circle,’ meaning that a lot of other people are involved. ‘This is not atypical of the music scene’, she adds, ‘Countless women I know have had experiences like mine with male musicians and it is heartbreaking and infuriating that young girls wanting to play music or see music should ever have to endure being sexualized by older male musicians in the scene.’

Clementine went public after another woman named Chloe also posted her own story about Sean Redman. Chloe is one of the fans Redman hooked up with, after flirting with her on the internet. She is basically reproaching him to hang out with her while being in quarantine with his girlfriend, and especially not enquiring about her age during that time. I am not taking side but it seems that Chloe was not underage, and was fully consenting the relationship according to the screenshots of the conversations she posted. Chloe’s case may have triggered Clementine’s post, but this is different.

It is absolutely irresponsible for 20-year-old men to hook up with underage girls and of course, if the accusations are true, this is statutory rape, and to me, only Clementine’s case is a concern so far. However, she is saying Redman has been involved with other underage girls.

This is once again the same old story, aspiring male rock stars having access to plenty of female fans and taking advantage of the situation. Are we going to cancel the Buttertones because their bassist is cheating on his girlfriend or because he gave STD to his victims? People could cancel them because they have sex with minors, but not because they are cheating boyfriends and shitty womanizers.

Update: There is now a new Instagram account (@exposing_the_buttertones_ ) which is posting multiple accusations coming from numerous anonymous sources. Sean Redman is not the only member of the band being accused of sexual misconduct and there are serious accusations against guitarist and vocalist Richard Araiza, and lead guitarist Modeste ‘Cobi’ Cobián. The accusations come from underage and non-underage women and the seriousness of them varies a lot. Let’s just say that these women, despite being big fans of the band at the time, didn’t have a nice sexual experience with these guys even when they were consenting to the relationship. Several posts accuse Richard Ariaza to have been ‘physically and emotionally abusive on many occasions,’ and he may even have made racist comments. Their label, Innovative Leisure, has not commented about the series of allegations and has even been accused to ‘cover them up’ with the help of their booking agent.