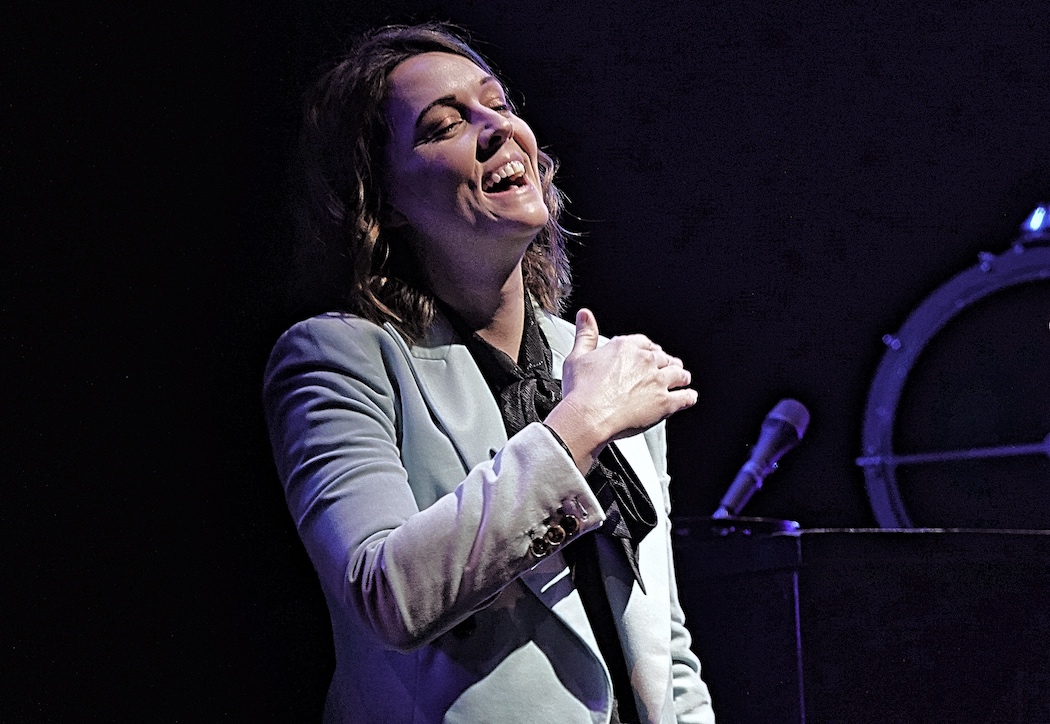 Citi Sound Vault, the exclusive live music experience for Citi cardmembers, is returning to Los Angeles Hollywood Palladium for a great week in music, which was traditionally reserved for industry insiders.

This year, Coldplay, Brittany Howard, Brandi Carlile, and the Jonas Brothers, will be some of the first artists of the decade to take the stage at the legendary Hollywood Palladium to deliver four nights of electric performances, powered by Live Nation.

Here is the schedule for these Citi Sound Vault events:

On January 21st: Coldplay, a band that doesn’t need any introduction after selling more than 80 million copies of their seven albums. They also have just released their eighth album ‘Everyday Life’, so you should expect a lot of these new songs. They are not my cup of tea, although I have never seen them live, and their heart is in the right place as the proceeds of this special performance will support ‘A New Way of Life’ Reentry Project (ANWOL), a nonprofit organization, which provides housing and support to formerly incarcerated women for successful community reentry, family reunification, and individual healing.

On January 22nd: Brittany Howard, a 2020 Grammy Award Nominee, and of course Alabama Shakes frontwoman and guitarist. Brittany was nominated for 2 Grammy Awards this year for her solo work including Best Rock Song and Best Rock Performance. I saw her twice with her band Alabam Shakes and she is a great performer, I wouldn’t mind seeing her solo, she has a personality for the stage.

On January 23rd: Brandi Carlile, a 2020 Grammy Award Nominee, and acclaimed singer, songwriter, and producer who has already won 3 Grammy Awards. Carlile is nominated for an additional 3 awards this year including Song of the Year, Best Country Song and Best Country Performance by Duo or Group. I saw her at Las Vegas Intersect festival but unfortunately, was suffering from laryngitis, and could not really perform.

On January 25th: Jonas Brothers, 2020 Grammy Award Nominee, multi-platinum powerhouse trio, with a 2019 Grammy nomination for Best Pop Duo/Group Performance ‘Sucker’. This is the first time they are playing the Hollywood Palladium in 10 years, expect a lot form their new album ‘Happiness Begins’… I will pass on them

‘We are so excited to be partnering with Citi and playing at the Palladium after 10 years. This has been one of the most incredible years for us, and being part of this series is such a great culmination of it all,’ have declared the Jonas Brothers

‘Last year I was honored to work with Citi to do a talk on ‘Empowering Women in Music’ and I’m so excited to be teaming up with Citi again to return to the Palladium and play during this special week,’ has said Brittany Howard of this event.

Citi Sound Vault also presents The Roots & Friends, a star-studded, invite-only event taking place Saturday, January 25th at the Live House Hollywood. The Roots have hosted some of the most dynamic events during this biggest week in music for a decade, and expect some of music’s best and brightest newcomers or icons to pop up unannounced to jam with the band and treat their audience to intimate, one-of-a-kind performances. Previous performances have seen Miley Cyrus, John Legend, Lenny Kravitz, or Ed Sheeran or other big music names pop up for surprising performances. There will be a limited allotment of tickets exclusively for Citi cardmembers.

‘We’re thrilled to kick off the new decade by putting our cardmembers at the epicenter of music’s biggest week,’ said Jennifer Breithaupt, Global Consumer CMO, Citi. ‘Through Citi Sound Vault, now in its fourth year, we continue to reward our cardmembers by offering incredibly unique experiences they will never forget with some of the world’s biggest artists.’

‘Several fans who have attended past Citi Sound Vault concerts have told us the experience ranks in their top 10 of all time,’ says Darin Wolf, Live Nation’s EVP of media and sponsorship. ‘And artists including Metallica, P!NK, and Eminem among others, have celebrated the rare opportunity to revisit their roots and perform in small venues, harnessing the nostalgia from when it all began. From start to finish, Citi Sound Vault encapsulates the thriving, powerful connection between fans and artists.’

26 Sound Vault shows that have featured, Eddie Vedder, Madonna, Guns N’ Roses, Katy Perry, Childish Gambino, Luke Bryan, The National, Sting, and The Chainsmokers, just to name a few, have been experienced by over 50,000 cardmembers,

Starting today at 7 am PT until January 8 at 10 pm PT, Citi cardmembers who would like to attend the Hollywood Palladium shows can register to unlock access to tickets via Verified Fan. On January 10 at 10 am PT, fans that have received a unique code will have the chance to search for and use their Citi card to purchase tickets for performances. Register now at citientertainment.com/citisoundvault2020.

To learn more about how to get tickets to Citi Sound Vault presents The Roots & Friends, please visit citientertainment.com/roots2020.