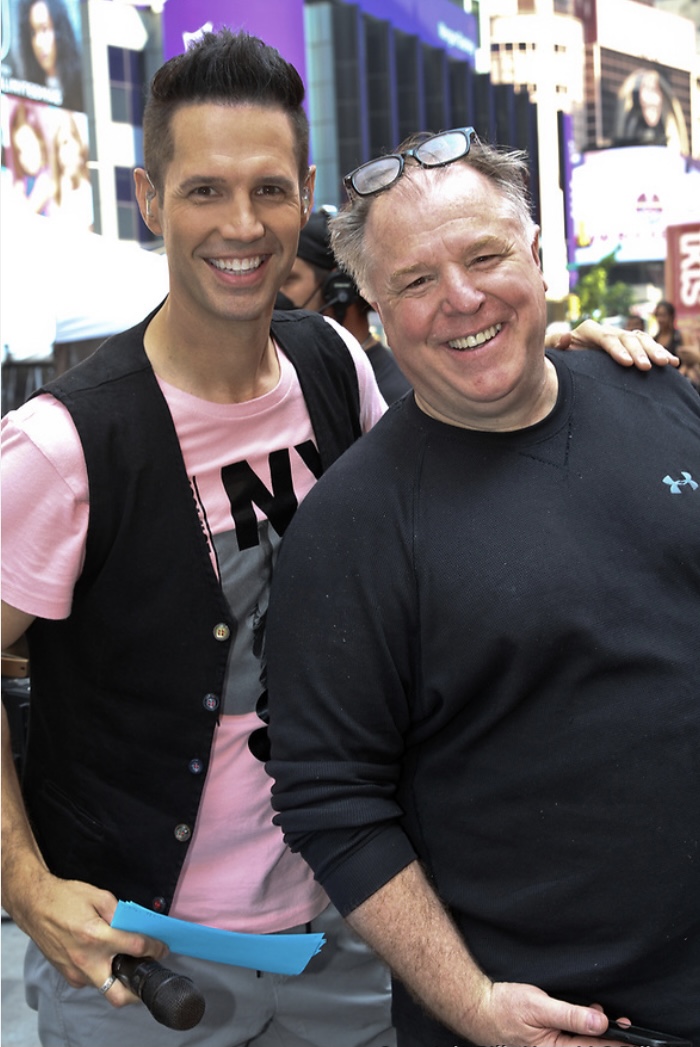 “Times Square is the crossroads of the world and it’s time to show everyone that New York is open for business. Wonderama talent, staff and crew fully support the great work of the Times Square Alliance and it’s tireless efforts in making Times Square the place to be in NYC”…..Chuck Armstrong

Wonderama is more than a New York television tradition and has been entertaining and engaging kids and families through original content and branded entertainment for over 40 years. They will be taping their entire upcoming season from Duffey Square in New York’s famous Times Square in support of the Times Square Alliance and the New York Department of Health and Hospital Reopen New York City efforts. The Reopen NYC episodes will be broadcast on 128 US forecast television affiliates reaching 90 million homes I will start airing nationally the week of September 6, 2021.

I met CEO of Wonderama, Chuck Armstrong, (and his 13 year old protégé Charles Armstrong Jr.), as he was lifting refrigeration, moving wires, dodging massive TV boom cameras, handing out Wonderama T-Shirts to kids of all ages, lending out his credit card, and celebrating life……I coerced the former radio DJ into the air conditioned tent of Wonderama host David Osmond  for a cool conversation about Wonderama, Times Square and the reopening of NYC.”……

What inspired you to produce Wonderama?

It’s funny…I was in radio for many years and the bottom line is the reason Wonderama came to me was I was actually in New Jersey and I was trying to create a show for kids that was hip but wasn’t snarky. I was doing a show up in Boston “TV Talent Show”, where I was blessed to win seven Emmys for (I did that because someone told me I couldn’t), and this guy Rich Russo said, “You should do Wonderama. It was only the best show ever.” I asked him what he meant and he said “You don’t understand, it’s where I saw Abba’s s first concert, Elton John’s first concert….it was like a pop-culture show only for kids.” So I went back to the office and told my business partner at the time Paul Marshall and he said…”you’ll never get it.” You can tell by my personality that I was going to get it and it took me from 2008 to 2011 to pick up the rights. In 2013 I met David Osmond through Jimmy Osmond because we were looking for the right host, and then we shot our first shows in 2016 and we launched on Christmas day. So this has been not just only a labor of love but more of a labor of why don’t  I create something for kids that allows them to say “hey, I can do that too.” At the end of the day were all going to be dead, so why not create something good while you’re alive? So that was kind of the whole point.

And you’ve done something amazing!

The thing we’re most proud of is that we’ve indexed higher than The Oprah Winfrey Network in delivering African-American households across the country and in New York and that’s because the show is all about New York. It’s a melting pot. It’s all about showing these kids that if you just have the right drive and the right information anything can be possible. 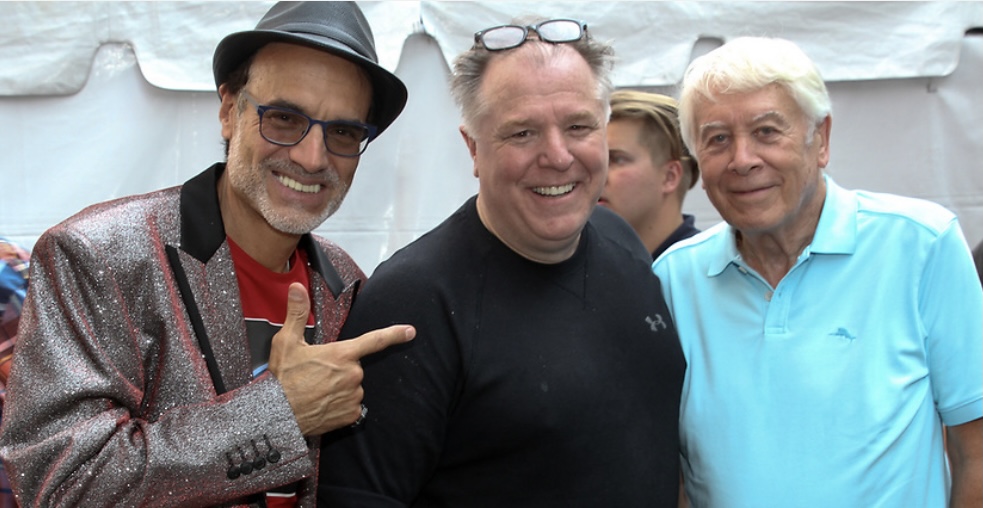 Where is Wonderama heading next?

Well New York is our home. We have been here literally since 1955. So, what we are looking to do is make New York our permanent home, We operate under the New York State tax credit program and if it wasn’t for that we would not have been able to do it here. We are one of the last and only independents  left, so we just partnered up with a guy named Vin DeBona who does America’s Funniest Home Videos. When I met him, he asked me why I wanted to work with him, and I told him that I wanted to be him when I grow up. So, he and I are looking for the independent arms of someone because we are an independent show. The more that people know about us, I think the more they love us because of Coco,  Breezy and David. They just connect.

So, you are here also to reopen New York?

This whole show and the reason we are here is to celebrate the reopening of New York. There is nothing more iconic than Wonderama, whether it be Sonny Fox or Sandy Becker, Bob McAllister….David always says “Gosh I’ve got big shoes to fill”. These are people who taught kids how to tie their shoes and how they can become an astronaut too. So, what can we do to help New York who has helped us all the time? We are working with the Times Square Alliance and Tom Harris who is the new president and literally put all this together. And the people at Times Square One is helping us with the billboard where the big apple New Year’s Eve ball comes down…We’re trying to say that “ Hey, look, we can be safe because of the New York City Command Center here with vaccines. But hey look we’re back and the place to be is New York City Times Square.

The Official Website for Wonderama may be found at https://www.wonderamatv.com