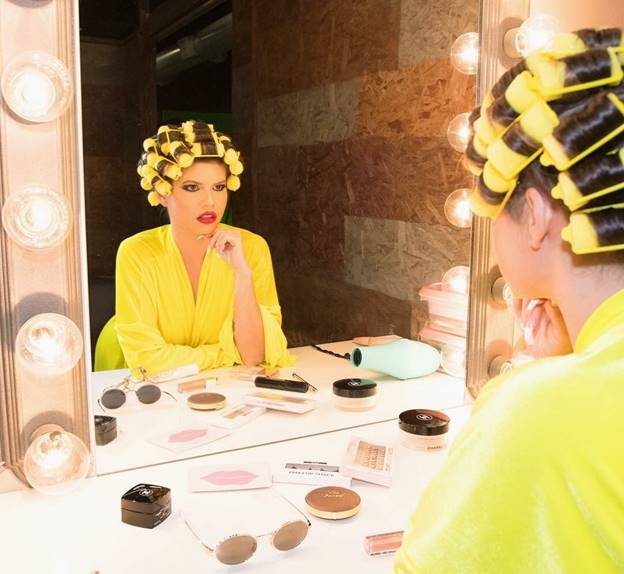 Hip Hop artist Chanel West Coast quietly dropped a new music video “The Middle,” her directorial debut, which also shows off her vocal prowess. The fresh, highly stylized track features a unique, vintage aesthetic, presenting an artistic throwback to a beloved golden era.  “The Middle” was shot and edited by Pat Clark. West Coast did her own styling for the piece. Check it out here.

Comments West Coast: “I wanted to make a song that expressed how I was feeling as well as making a song that other people could relate to. I think we all feel stuck in the middle of something at certain points in our life. We all chase dreams and get shut down a lot before those dreams eventually come true. Sometimes in life you just feel stuck in a rut you can’t get out of and that’s basically how I was feeling when I wrote the song. I want people to know that chasing your dreams is not easy and I hope that this song will inspire them to keep going because that’s why I made it. I wasn’t sure if I wanted to keep going and this song was what told me to never give up.”

West Coast, who was recently featured on For Love & Hip Hop Hollywood, currently stars on the MTV hit show “Ridiculousness” with Rob Dyrdek, has prolifically been releasing new tracks and content for well over a decade. She started writing and plotting her trajectory much earlier on while still in grade school. Her breakthrough came in 2012 when she was signed by ‘Lil Wayne to his then label Young Money. She quickly released her first track “Karl,” an ode to legendary fashion designer Karl Lagerfeld, complemented by a provocative, high fashion music video shot at downtown LA’s iconic Los Angeles Theatre. “Karl” marked the first single from her ‘Now You Know’ mixtape.  At the 2014 BET Awards, West Coast and her Young Money label mates were awarded ‘Best New Group,’ which they collectively accepted on stage.

Following the success of ‘Now You Know,’ she’s released her second mixtape ‘Waves’ featuring the single “I Like New Ft. YG,” and has continued to consistently release new music, often collaborating with name artists.

Watch out for updates on Chanel West Coast @chanelwestcoast.