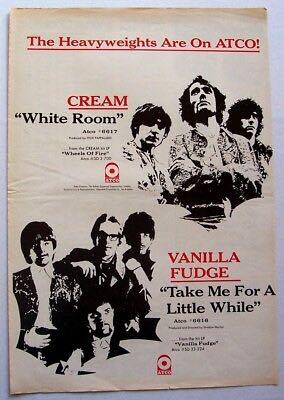 Carmine Appice and Ginger Baker, along with the Who’s Keith Moon and Jimi Hendrix’s Mitch Mitchell, pioneered hard rock drumming. Despite the ornery personality we see in the documentary, “Beware of Mr. Baker,” Carmine and Ginger became friends in 1967 when Vanilla Fudge and Cream toured together.

“When I got my double bass drums, I looked what Ginger did to get some ideas of what was possible. We did gigs and drum Clinics together. He was always the wildest guy on the tour. We did have good times. Even though he was not out there playing of late, his influence is everywhere.