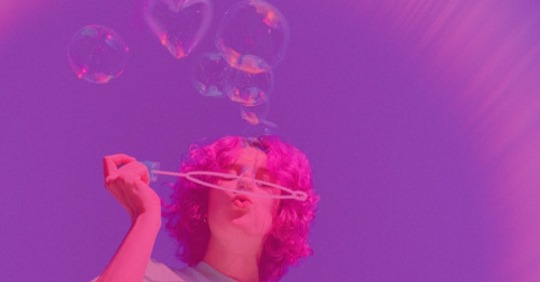 Dig, I don’t usually do reviews of new artists or artists on the horizon unless something strikes me. I will gladly leave that to the professional scribes such as Iman Lababedi, Steve Crawford or Alyson Camus. But I feel inclined to throw my two cents (my new rap name?) into the writing fray.

My brother Jack sent me this music clip yesterday and told me to give it a listen. Jack had a hand in shaping my music sensibilities, turning me onto such things as, The Beatles, The Ventures, Spirit, Jimi Hendrix, The Who, to name but a few. I just would like to also point out that my current listening patterns are mostly older music and bands that I consider to be my current peers for I still play the local club scene and try to enjoy what other folks my age are creating these days. I do know who Billie Eilish is but do not follow her closely nor am I much familiar with anyone that wins Grammy awards these days. I let the current rock critics sift through the many files and new releases and then listen accordingly, often tasting and swirling the tunes around, like a fine cabernet.

Having said all of that (one would think I am getting paid by the word) I was truly knocked out by the file my brother sent of “Cardioid” by Selahxtiana. It opens with a keyboard/bass riff, working together as two hearts perhaps, then an exasperated sigh, that signals the beginning of the outpouring of grief that a relationship that didn’t work out causes, all to a grooving soulful drumbeat. Lost love, self-medicating, changing of a person in time, lies, lost trust, the glimpse of what could have been and most of all the wasting of time, with the last 20 seconds of solitary piano being struck down in mid riff, much like a relationship that doesn’t get a chance to properly see through to the end. Of course, no one really sees a relationship to a proper ending. Someone is always gonna get hurt (use Crocodile Dundee voice on that…yeah, I am old!)…clocking in at the wonderful 60’s influence of 2:30. In this day and age, it seems like time is of the essence and like any great work, time flies by, as one listens and enjoys. As a songwriter, I try to keep things in the 2 to 3 minute range because I lose interest in my own stuff!

So I asked my brother about this track he sent me. I found out that this was written and sung by an 18 year old, Selahxtiana, and recorded in a home studio owned by Vance Weiland who also engineered the track using Reaper program and produced by Fantom. He also gave me the facts that Selah has been singing since age 2 (!) and plays bass, guitar, ukulele, piano and drums and was an accomplished dancer with sights on Julliard when at 16 she had major spinal surgery that dashed any hopes of becoming a professional dancer. Upon further interest and prodding, I learned that Selah’s influences are the aforementioned Billie Eilish, Khalid, Olivia O’Brien, Audrey Mika and Madison Beer.

Okay, here’s the kicker…This Selahxtiana is actually my 18 year old niece! This is my brother Jack’s youngest daughter. It looks like the musical genes are continuing forward to the next generation. Yes, I am proud of all of my nieces, nephews, grand nieces and grand nephews. I think this is a very fine first offering of an artist that is going to continue to put out music because she HAS to create. I know that feeling all too well! She is only 18 and she has a lot of experience ahead of her. Love isn’t going to be any easier, I am sorry to say, maybe she will get lucky, but it’s this type of stuff that creates great art (see Taylor Swift). I wish her all the luck and success in the future…and dig, the kids are indeed alright! Respects and peace, E.H.