Candace Owens Is Claiming She Is Suing Cardi B 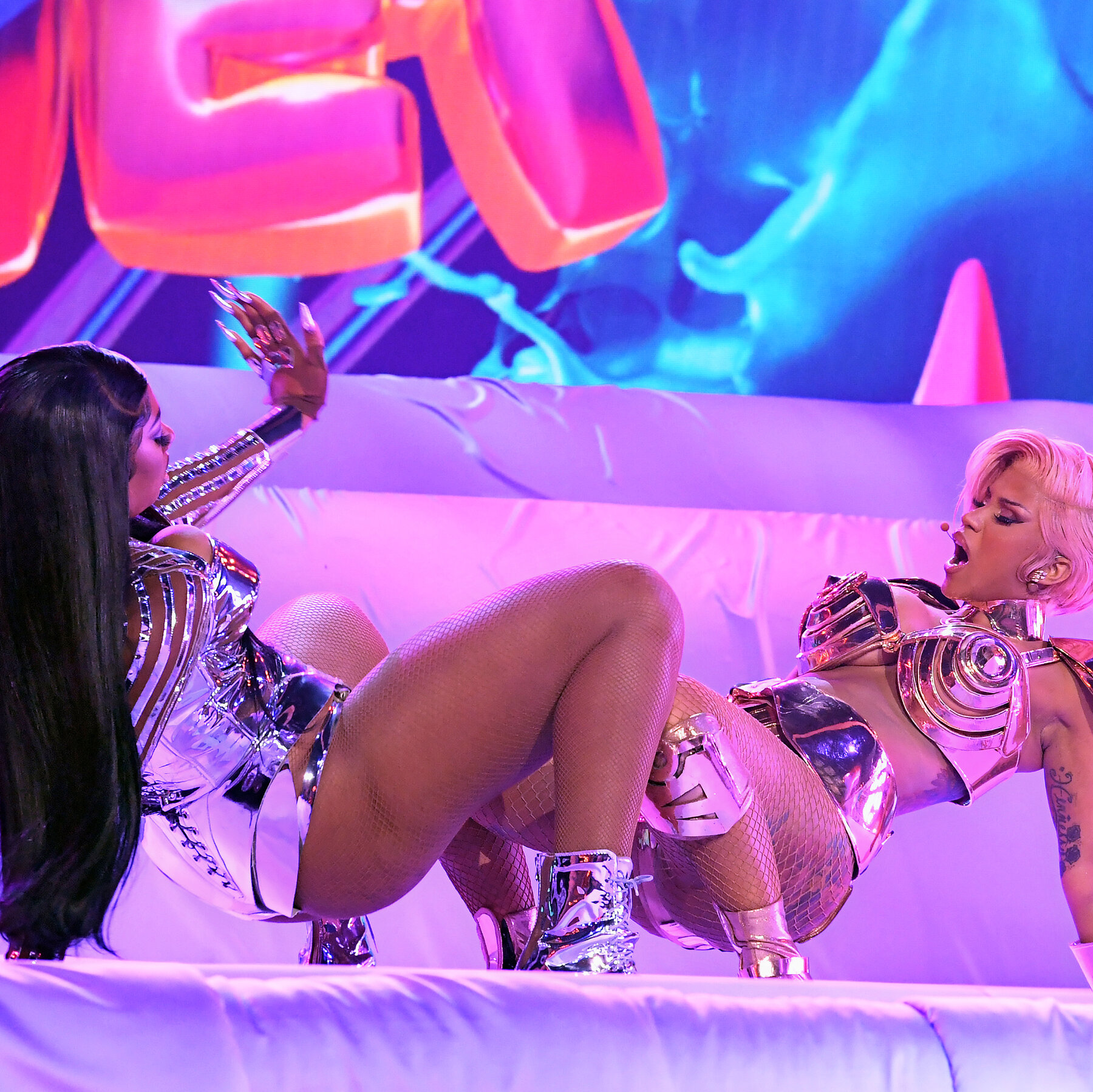 Megan Thee Stallion and Cardi B

Ultra conservative commentator Candace Owens is claiming she is suing Cardi B! How did we get there? The two women engaged into a Twitter war, but it all stemed from Cardi B and Megan Thee Stallion’s provocative rendition of the hit single ‘WAP’ at Sunday’s Grammy Awards. The following day, Owens went on Tucker Carlson’s Fox show and she criticized the racy performance. She called it ‘an attack on American values, American traditions’ and accused the artists of ‘actively trying to make children aspire to things that are grotesque.’ ‘We are celebrating perversity in America,’ Owens added.

If you know Owens and her extremist views, this is not a surprise, and we have been there a million times before, but she didn’t know whom she was attacking, the fearless Cardi B who first shared the video of Owens’ appearance on Fox with the caption: ‘Yaaaayyyyyyy WE MADE FOX NEWS GUYS !!! Wap wap wap,’ continued the fight with some juicy stuff. ‘Matter fact I’m just going to thank Candy (Owens) She put my performance on Fox News giving it more views that boosted the views on YouTube and is counting towards my streams and sales,’ Cardi tweeted. ‘Winking face with tongue STREAM UP AND WAP . REMEMBER GROWN PARENTS ONLY YOU CAN MONITOR WHAT YOUR KIDS WATCH NO1 ELSE.’

Owens, who is wrong on everything in my opinion, replied to Cardi B, and despite the fact that a lot of these tweets have already been deleted, you can find a few of them like this one by Owens: ‘You are insecure and I irk you because I see right through the facade. You are a part of a larger cancer that is manifesting in black culture. There’s no person in America who can look you in the face and honestly say they wish they’re daughters turned out like you.’

Owens is once again confusing artists/entertainers with role models, and this is nonsense. Plus, there’re a lot of things to admire in Cardi whether you like what she is doing or not. She was born poor in the Bronx and at 28, she is an independent and very rich businesswoman who loves what she does.

Their exchange went from race to gender politics to each other’s spouses and while Owens called Cardi B ‘You are a cancer cell to culture,’ Cardi B dropped a few photos of Melania in the nude to prove her point. But the funniest part of the exchange was a tweet, allegedly sent by Owens but very probably edited by Cardi, mentioning Owens’ husband: ‘Yes, my husband did cheat on me with my brother. Yes, he said no when I asked to join them.’

‘Yes. Just spoke with my family. I am 100% suing Cardi for that nonsense. You can’t just start throwing out wild lies against private members of my family because you’re upset someone called your out on your degenerate performance. I‘ll keep you all posted,’ Owens tweeted as a response.

Candace Owens has managed to get a lot of attention with this exchange, and she is currently launching a new show, so this cannot be a coincidence, attacking a celebrity to get publicity always works. Let’s see if Owens is really gonna sue Cardi B for that tweet, in any case she was rightly called out for ‘trying to cancel Cardi B,’ whereas her pet peeves have been cancel-culture and freedom of expression for a long while. Isn’t she doing the exact same thing?