Cancel Culture And The False Equivalency 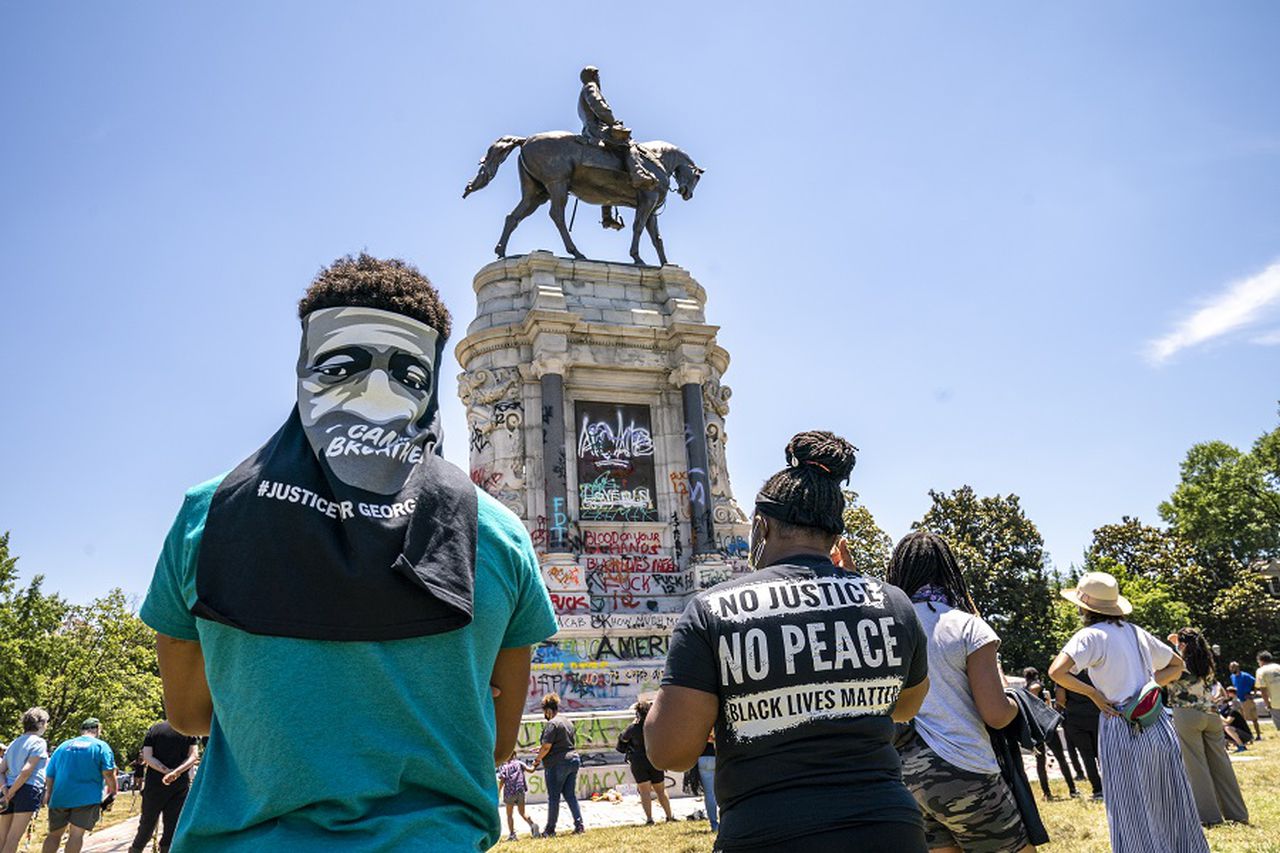 The removal of confederate statues: not everything is ‘cancel culture.’

I saw it coming, when I read that Trump had attacked cancel culture in front of a maskless crowd at Mt Rushmore, I knew people would avoid criticizing the controversial term. People are so terrifying at the idea of agreeing with Trump on anything that they are ready to make idiotic and completely false equivalency.

In this article in No Depression, the author goes to the length of comparing Ryan Adams to a slavery supporter, as he is now comparing the cancelation of Adams’ music to the dismantlement of the statue of Robert E. Lee. We have now reached a point where there is no possibility of nuances in the conversation,… and if we try to bring some, we look ‘bad.’ Trump is bashing cancel culture, so we have to automatically glorify the term while engulfing anyone or anything controversial under the swelling umbrella of ‘cancel culture.’

Yesterday, Trump denounced cancel culture and called the removal of the confederate flag, and the defacing of the civil war statues the ‘definition of totalitarianism.’ It is almost laughable, a cheap shot at the left, and a demagogic declaration. First of all, history is not written with statues but mostly with books, not Trump’s strength, then statues are erected to honor people and heroes, and slave owners should not be America’s heroes. Germany didn’t erase its history by not erecting a statue of Hitler and Nazis, it’s as simple as that. Removing the confederate monuments is not ‘cancel culture,’ it’s a reaction against something that should have never been there in the first place. Many of these statues were in fact not built after the civil war but much later, during a period that matches the beginnings of Jim Crow in the 1920s and the civil rights movement in the early 1950s and 1960s. ‘These monuments have very little to do with paying tribute to the Civil War dead and everything to do with erecting monuments to black disenfranchisement, segregation, and 20th-century racial tension.’ So much for Southern heritage and history! Coming from Trump, it’s not a surprise, his ignorance and manipulative tactics never disappoint, but the sad part is this current ‘woke’ amalgam made by anybody who is too afraid to be caught in agreement with Trump.

‘At the moment, I think of Adams like I think about the statue of Robert E. Lee that needs to come down, get dragged through the streets and dumped into the river. I’m over him,’ wrote Easy Ed, the author of the No Depression article. Making the equivalent between a slave supporter and a musician accused of bad behavior toward women is just incredibly idiotic. As a music writer, he should know better, rock & roll comes with a long list of women abusers and flawed artists, like any art as a matter of fact. Does this mean we have to cancel 90% of our discography (and probably library)? Of course not! The separation of the art and the artist is an endless debate we should not be debating anymore since canceling artists because of their shitty behavior is ignoring major pieces of art. Art is too precious and life is too short for this. If you have read Nick Cave’s piece on Morrissey, I won’t need to add anything to this great mind’s commentary.

Besides this, there is still this will to make an equivalence between a slavery-supporter general and a musician who was accused of psychological harm and manipulation by several women. I am not even considering the accusations regarding the underage fan: After it was discovered that Ryan Adams had communicated with a minor, and exchanged some sexually explicit messages while frequently inquiring about her age, an FBI investigation was launched. A year later, nothing has come up from this investigation, Ryan Adams was not arrested, and I don’t think the FBI needs more time to read a few thousand texts. So we are left with the other accusations coming from several women, accusing Adams of emotional/psychological abuse. A behavior we should obviously not condone, but there is simply no equivalency with promoting slavery and denying civil rights to a part of the population.

I understand the author may have been a bit metaphorical, but this doesn’t sit well with me. It’s just a stupid, and extreme interpretation of the facts which terribly lacks nuances at a time when we should bring back refinements in the conversation, just as a reaction against Mr. anti-nuance himself, Trump.