Butthole Surfers “What Does Regret Mean?”
Book Signing in Austin, TX on March 22 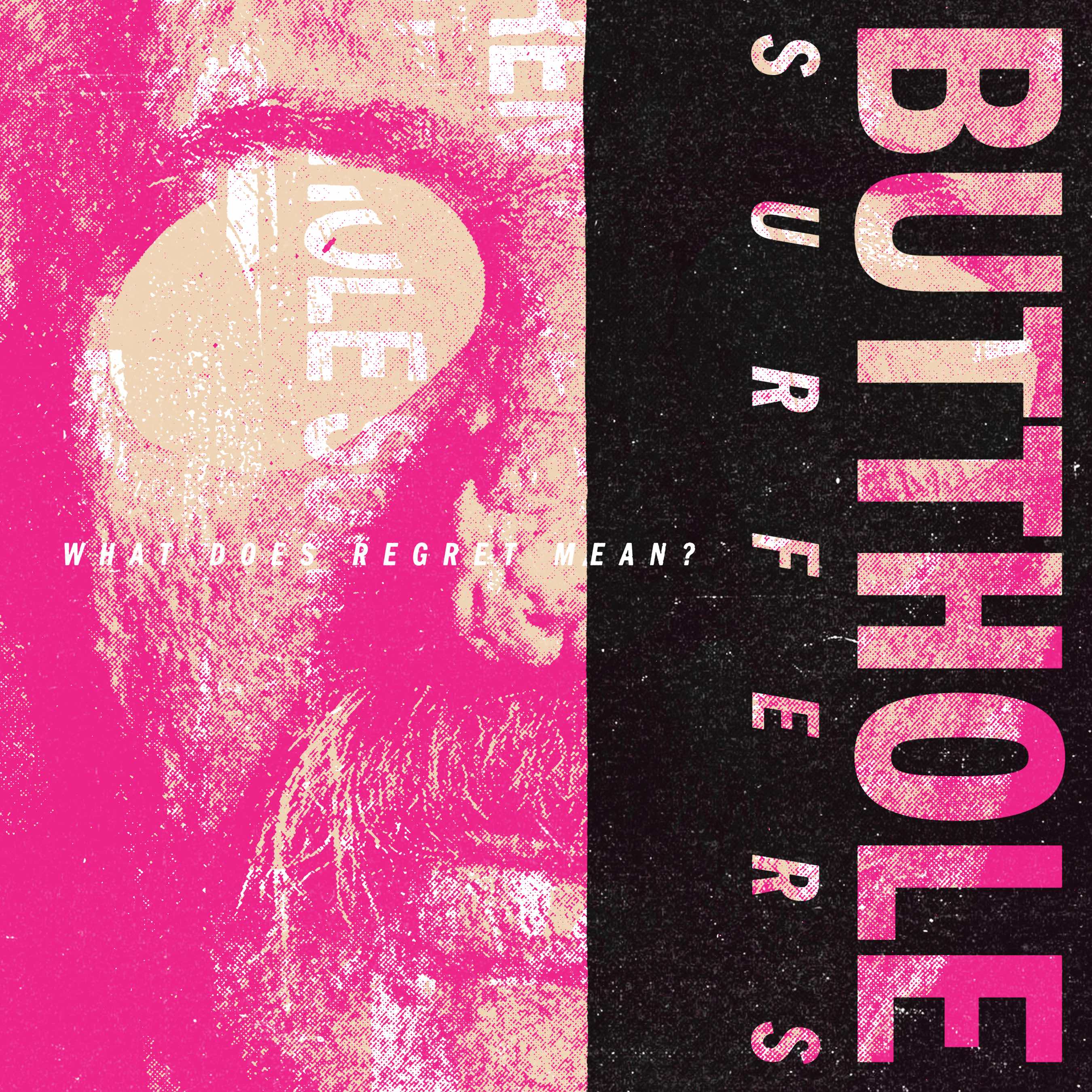 Book Out March 8, Read About it via Rolling Stone

“We’re all history buffs. We drink coffee. We like tables. Personally, I’m a big fan of the Cherner oval dining table. And the book wasn’t our idea.” – Gibby Haynes

Paul Leary, King Coffey, Jeff Pinkus and Aaron Tanner, author and designer of the 304 page visual history Butthole Surfers: What Does Regret Mean?, will be on hand to sign the book at Waterloo Records in Austin, TX on March 22nd! More info here.

The fully authorized visual history book, Butthole Surfers: What Does Regret Mean? by author Aaron Tanner and published by Melodic Virtue, follows the Butthole Surfers from their early days in San Antonio to their reunion. This limited-run coffee table book tells the story of the Butthole Surfers through never-before-seen photos, artwork, and other memorabilia and from the viewpoint of their contemporaries. Pre-order the book here.

One of the most depraved acts from the American underground, the Butthole Surfers were formed by Gibby Haynes and Paul Leary in San Antonio, TX in 1981. Along with King Coffey, Teresa Nervosa, and Jeff Pinkus, their disturbing albums and chaotic live shows have featured everything from psychedelia and noise rock to country and electronica. 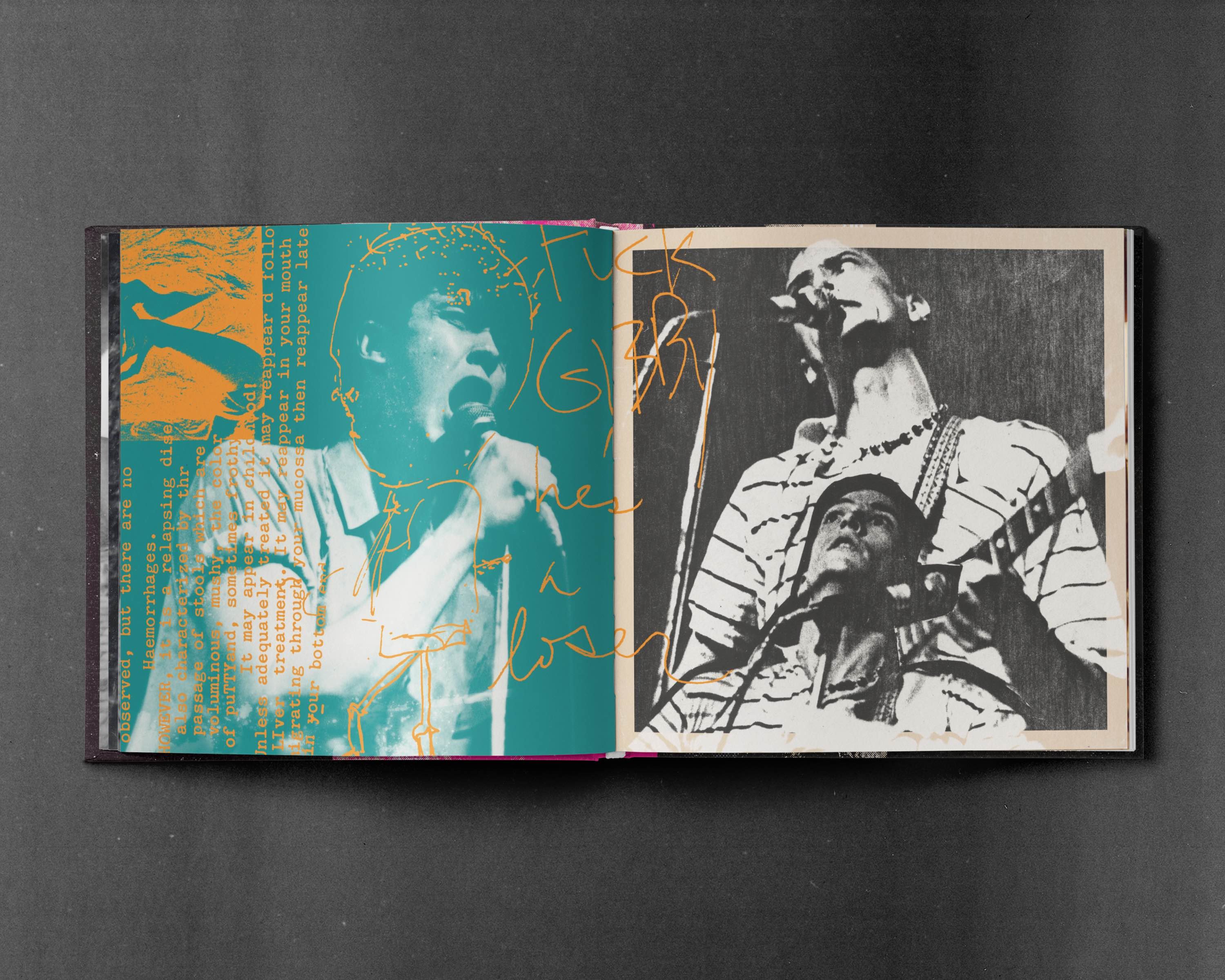 This book also contains a flexi disc of the unreleased track, “Locust Abortion Technician Medley” (originally intended as the B-side for the proposed “Human Cannonball” 7″ single). 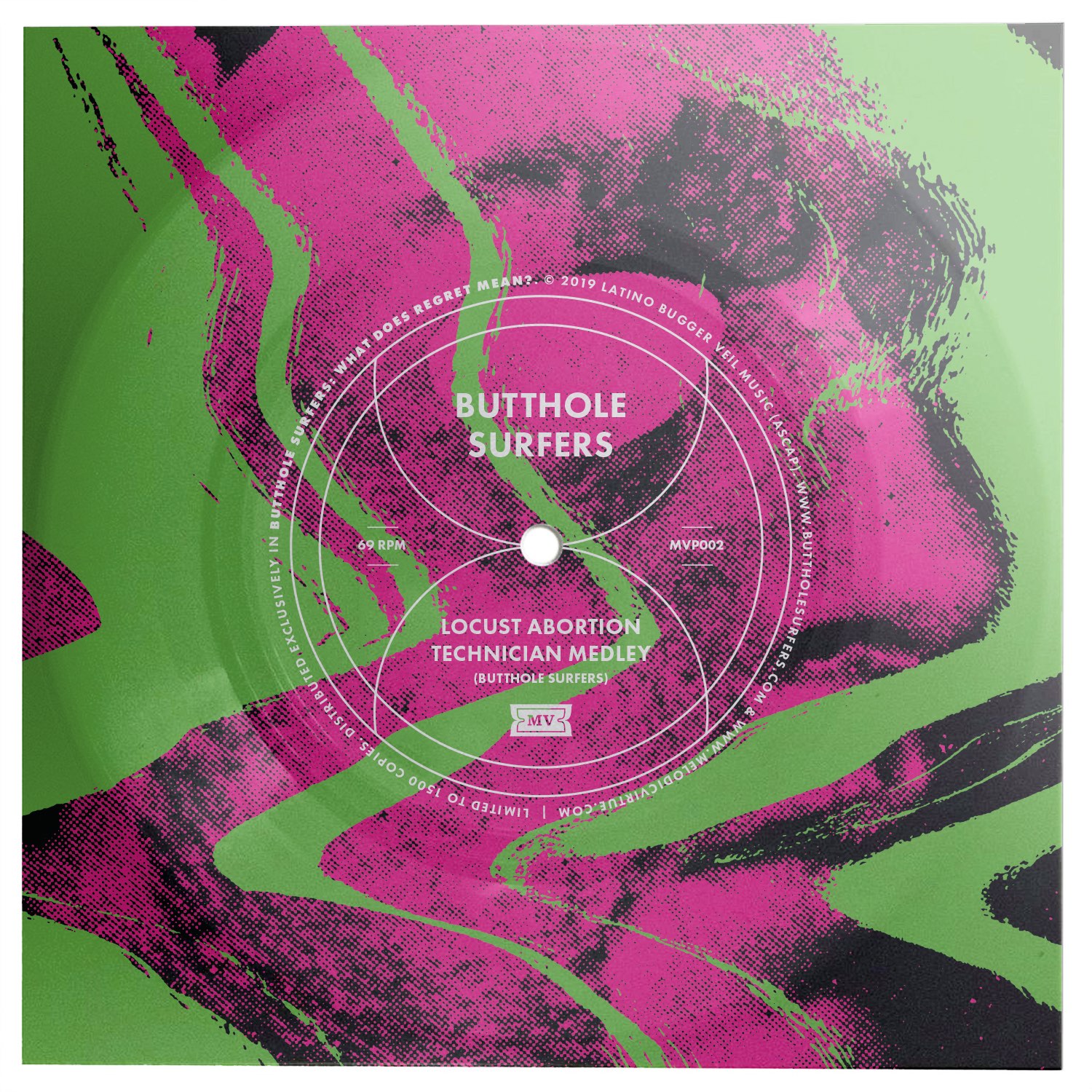 About the author: Aaron Tanner has been creating memorable design work for well-known acts for over 15 years. His diverse client roster includes Ween, PIXIES, Explosions in the Sky, Face to Face, and pet celebs Lil BUB and Doug The Pug. A musician and life-long fan of music and the arts, Tanner’s design work has won numerous national awards and has been recognized by several prestigious international design publications. He also volunteers at universities to help mentor future designers