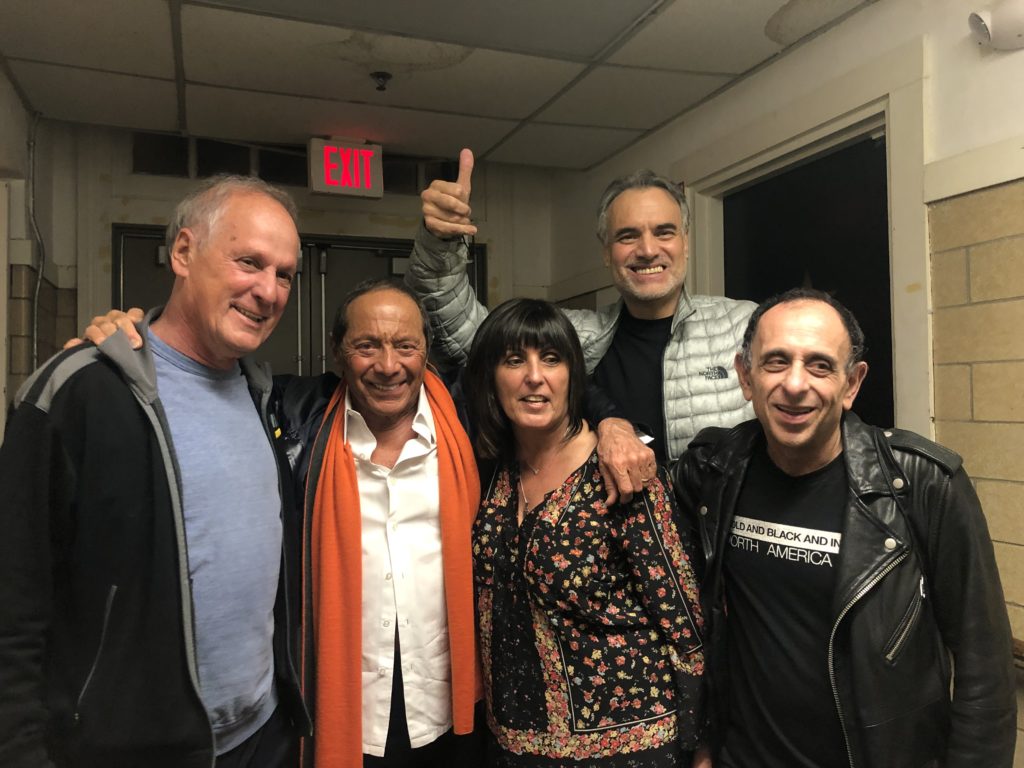 I guess I cheated here, including musicians I interviewed for Creem… but since the concept here is meeting famous people I decided to pad out my stats with a wealth of fame. Graded because that’s what I do…

Alice Cooper – a meet and greet at Jones Beach – B+

Andrew Cuomo – maybe twenty years ago he was campaigning for something or the other, we discussed the death penalty and he wouldn’t reply to any question without checking with entourage what his official position was. It took Covid-19 to take the bas taste out of my mind – D+

Bananarama – a Creem interview, I hated their music and they hated me – D+

Billy Idol – I interviewed him at AuCoin management, and ran into him at an uptown club called The Red Parrot, where Suicide were performing. A fight broke out and the next time the local tabs claimed Billy was involved when he wasn’t  – B+

Brian Wilson – just after his eponymous solo album dropped, I went to a meet and greet, it was heart rendering, he seemed to be a zombie – D

Cyndi Lauper – just before She’s So Unusual hit.  I went to Jersey for a filming of the Uncle Floyd Show – A-

Donald Trump –  NBC Owned and operated TV Stations had an annual party at the Plaza, Donnie was part owner (or some variation on stole) the Hotel just off Central Park and he was glad handing the hoi polloi with nothing but indifference… also he was shaking hands – D

(Mayor) Ed Koch: “How am I doing?” At a street fair he was signing copies of his autobiography – B+

Exene Cervenka – Went to Atlantic City to interview X for a radio show, ended up in a screaming fight about the working class in the gambling city – B

Jake Gyllenhaal’s father – I sat next to him at a performance of “Sunday In The Park With George,” starring his famous son. We spoke during intermission but I couldn’t get him to spill the dirt on Taylor Swift – B

James Chance – I had written the liner notes to the deluxe debut album re-release and had lunch with him, he seemed sincerely out of it – C+

James Honeyman-Scott – I was working at a bar on 39th and third, and on May 3rd 1980, an ex was visiting and she was friends with him. The Pretenders were performing at the Palladium that night and we got drunk that afternoon – A

Jenny Lewis – congratulated her on a great set a year earlier at Gov Ball, she was very sweet – B

Jessie Reyez  – She was the first act at Gov Ball and the gates opened late so all I got was fifteen minutes, I ran into her in

Jimmy Vaughn – interviewed him during lunch, he ended up so drunk he had to cancel the rest of the afternoon interviews – A-

Joan Jett – interviewed her for my only Creem cover story – A-

JFK Jr – met him in a bar on 2nd Ave called “Downtown Beirut,” played pinball against him – B

Johnny Rotten – interviewed him at a midtown hotel, we received complaints that we were too noisy, Johnny turned to a complaintee and said “You’ve made your point now go away – B+

Johnny Thunders – My friend Richard Fantina played keyboards for his touring band, I only met him once – B

John Entwistle – Another Creem story, I caught him with a teenage girl in his hotel room – B+

Kae Burton – another Gov Ball meet, they were very pleasant – B+

Lou Reed – saw him at Manny’s test driving a guitar, I said I was a big fan, he said go fuck yourself… I might add he didn’t know I was a rock critic – C+

Ozzy Osbourne – one of rock nyc’s partner Soho Johnny’s gets, a meet and greet – B+

Mark E. Smith – interviewed him circa “Hip Priest,” we got on very well – A

Marshall Crenshaw – Interviewed him for Creem, he drove me back from Jersey after a gig, in his VW Beetle – B+

Micky Dolenz – At a Japanese restaurant, I complimented him on his 60s cover album. After decades of “I grew up on ‘I’m A Believer,” he was quite pleased

Muhammad Ali – shook hands with him after a screening of, I think, the Rumble In The Jungle documentary – B+

Nathan Lane – I was buying a ticket to a play he was in at the box office, he walked by and said “You’ll be happy you did that…”  – B

Ray Davies – he hated me, crucified me with a line about somebody “who knows less about my career than you do”. I wish I had included the line in my article – D+

Richard Hell – I interviewed him for the East Village Eye, and ran into him in the village from time to time. He loathed me – C+

Rupert Murdoch – just after he purchased WNYW-TV, I shook hands with him and it was like molesting a lizard – C

Rodney Crowell – Went with a friend who was invited backstage after the gig at China Club, discussed Bob Dylan – B+

Paul Anka – Soho Johnny got me backstage, he seemed sincerely disinterested in me – B+

Paul Shaffer – Took a selfie after a Petula Clark concert – A-

Patrick Stickles – was quite friendly for a couple of years

Paul McCartney’s Personal Manager’s Wife – 1975, Macca’s personal managers wofe was in Beirut with her sister, Macca was in New Orleans working on Venus And Mars – A+

Rickie Lee Jones –  spoke to her at a meet and greet, she called the novel I was reading, Vladimir Nabokov’s “Pale Fire,” strange and wonderful – A-

Taylor Swift – I wrote about this but I can’t find the article. I was Facebook friends with TS for two years, the account was tied to her instagram so it was real, and we spoke on line a nuym,ber of times. Every coupla months she changed the name of her account and sent friend requests. Until one time she changed it and didn’t – A

The Jesus And Mary Chain – they had a reputation for being difficult, but the moment I compared Darklands to Astral Weeks we were friends – B+