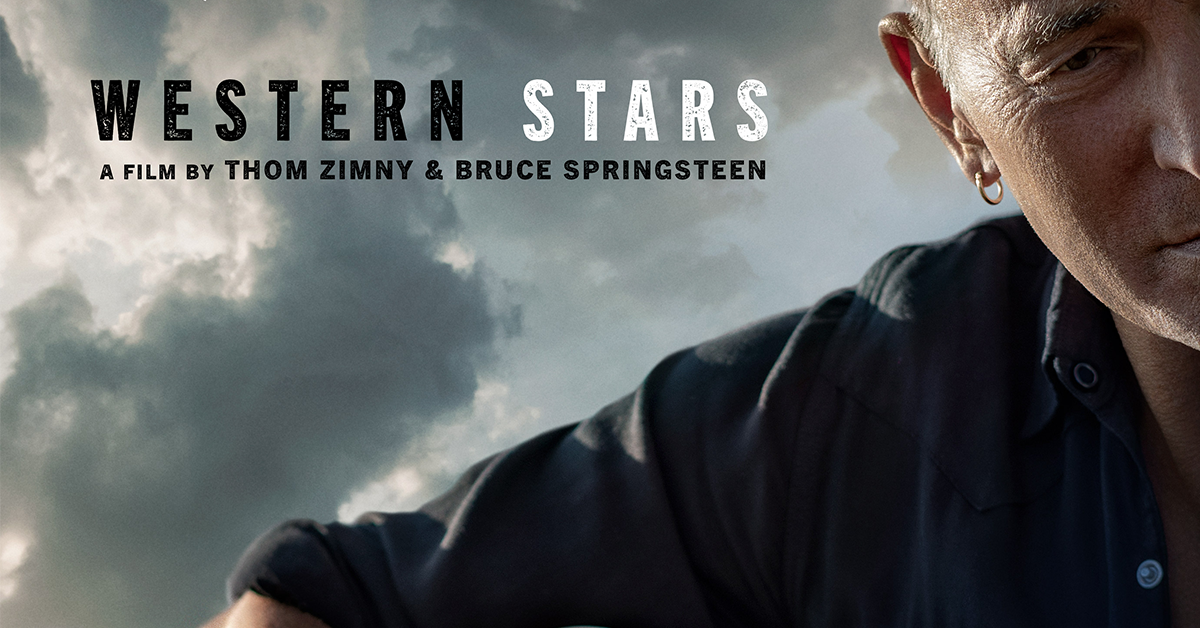 Hand over the keys to Bruce for everything from, more or less, 1973 through 1987, and add a big question mark after that, and therein lies the truth of how, possibly, the greatest live act not named James Brown, has maintained his recording career. This year’s Western Stars was met as a return by people who claimed he never went away, on  an album that has the trappings of a sort of SoCal Westernization that exists in the rarified air where Jimmy Webb visits “Galveston”.  Webb is a tough act to follow and even with a blueprint, Bruce, opinion notwithstanding, doesn’t come close. In the Thom Zimny and Bruce Springsteen directed film accompaniment to the album, Bruce covers “Rhinestone Cowboy,” and he certainly has the skills, but he won’t stop drawling in his intensely irritating faux blue collar Tennessee accent, and throws you right out of the song. But even as you remain in it, “Rhinestone Cowboy”? Hearing Bruce sing “I know every crack in these dirty sidewalks of Broadway where hustle’s the name of the game” is to laugh uproariously at the man who spent a 15 months in a sold out one man show t the Walter Kerr (a not particularly good one either –here). Talk about hubris.

“Western Stars” adds illustrative vignettes with horses a plenty and old home movies between  a private performance of the songs in an 100 year old barn on his extensive 200 acre property (a quarter the size of Central Park) he owns as a State Trust and pays $5,000 a year in taxes on -a disgraceful piece of double dealing nobody had the stomach to pursue (here). The stench of money permeates the movie, it is instilled in every single frame, and it is horrible. The songs have moments, it starts off with his two best from the album, and while the rest is really not very good, whatever. When was the last time he wrote a good song, let alone great? On one song here he rips off his own worst song ever, “Wrecking Ball”. That’s how bad it is.

And yet… As a huge Bruce fan (I bought front row seats for Bruce On Broadway when it was still in previews), there are moments here and there I admire. To start with, songs that made no impression at all on the original album click into focus early on. “Hitch Hikin'” and “The Wayfarer,” and, to a lesser, degree “Tucson Train,” and are as good as anything he has written this century.  Meaning, they are OK. And at least once, a picture of Bruce with Patti Scialfa (if the world wants to do us a favor, let’s get another Patti album) with their son as a toddler, on the bench where they wooed in the village back in the 1980s, is just lovely. And the young newlyweds goofing around  while playing cards were just sweetheart huggable. The actual look was beautiful, a Western looking into the eye of the future and the past, sorta an adjunct to “Once Upon A Time In Hollywood”.

Bruce tells one silly story  after another, about stuff he simply has no idea about, over and over again. Stuntmen, and hitch hikers, and forgotten movie stars, and, of course, men in love with their loneliness… The latter, something he spent years in therapy dealing with, results in the atrocious “Stones”. Maybe the worst song here. At the end of the film he dedicates it to Patti. Really? There is only one thing on this planet that Bruce is dedicated to: his ego. For  83 minutes he strokes it and manages not to be a bore (which is why the grade is better than you might expect!)

It is hard to imagine just how much narcissism it takes to pour over a film in which you are in every single frame. At the age of 70, self-love is his guiding light and everything else, all the depression, and couldn’t love, and, and, and, is humble brag. That’s the truth of Bruce, as he rips off Harry Nilsson (“Hello Sunshine” is an “Everybody’s Talkin'” swipe) and Jimmy Webb. Bruce has written songs as great as even “Wichita Lineman,” what he hasn’t done is written JIMMY WEBB songs as great as even “Wichita Lineman”. It is as much an homage to Webb as “Drive Fast” is to stuntmen, everything is reflection of Bruce’s reflection on himself. I don’t think he is lying about his admiration for the unsung heroes of the West, I think he is self-deluded. It is hard to imagine the level of fame or the effects of fame on Bruce, maybe he should write about that.