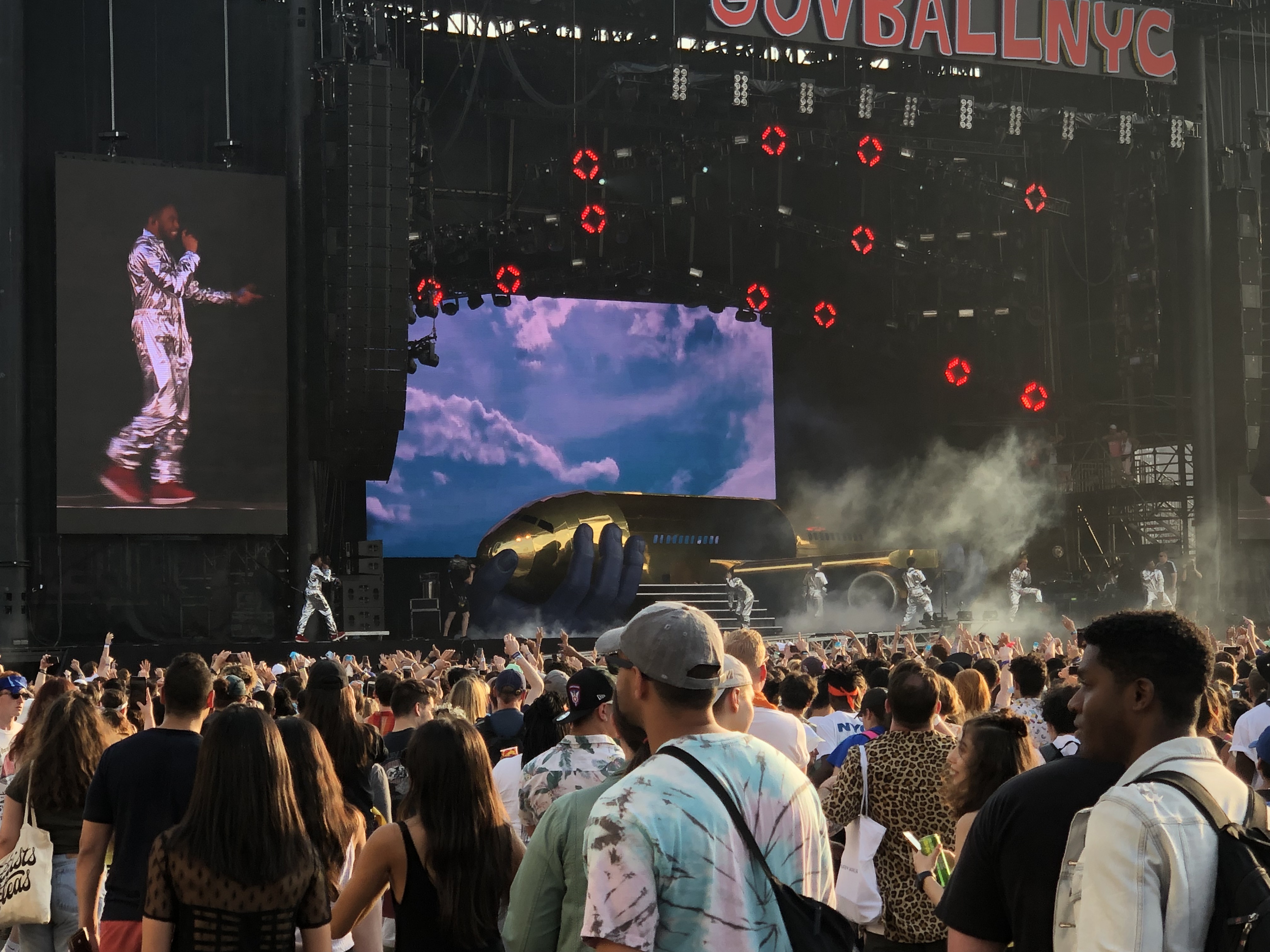 The 14 piece boy band collective Brockhampton, lead by Kevin Abstract, haven’t performed together in six months, “I’ve forgotten how to talk to an audience” he ruefully admitted. But there wasn’t any rust I can see, from the opening with Matt Champion singing “Summer” high above the stage in a cherry picker, Brockhampton came across like absolute rockstars, every one of the many pieces interlocking in space, as connected as the silver boiler suits they were wearing.

Brockhampton are the millennium bands millennium band, a multi racial, LGBTQ self-reflective (Kevin is gay), share and share, with Kevin leading and Matt second in command, who perform woozy, sidelong rap and r&B that left me cold…  till yesterday. The 17 song set left the audience breathless, with Lil Wayne on immediately after at a different stage, there was no mass exodus. Matt has a future in r&b blue eyed soul, and Kevin (“I only fuck black guys”) Abstract’s limitations are all sexual, a fine, pop rap flyboy. The band coalesces around different parts, with other people taking verses, and the stage, featuring a giant silver aeroplane and  filled with boy band moves and uber-inclusive addressing.

We got all the hits, multi million streamers, modern hip hop buzzes like “Sweet,” “Bleach” and “Honey” right in the middle of the show. As well as the self-evident “Queer” and personal best “Swamp,” the standard of songs never waivered. Brockhampton are woke as fuck,  and they give woke a good name, there os a ton of excitement in their hi tech performance, and also a sense of we are one. So, I guess that makes me a fan.