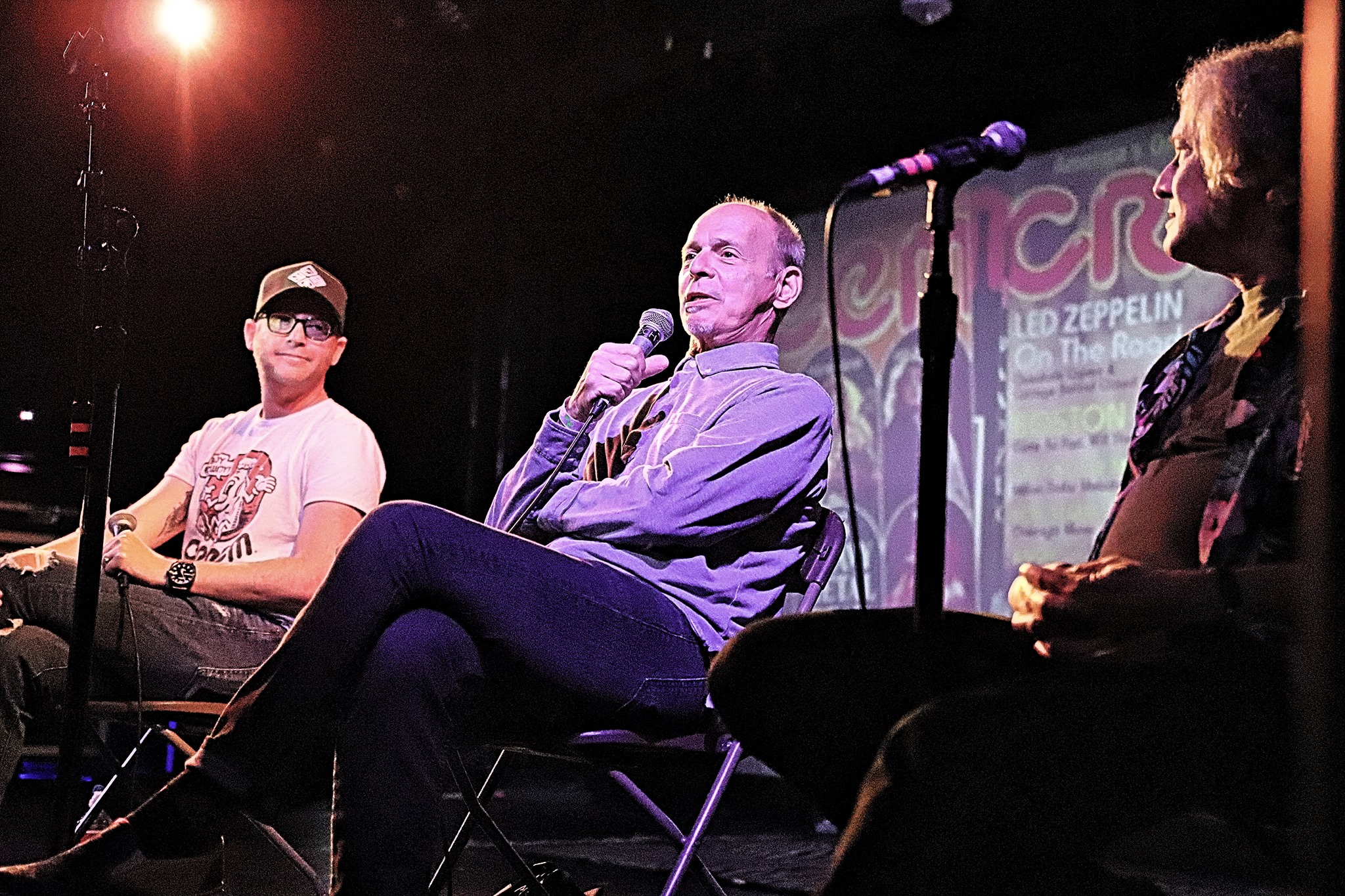 This year, Echo Park Rising had added movie screenings, a new feature to the already busy event, and I got the chance to see ‘Boy Howdy! The Story of CREEM Magazine’, a film directed by Scott Crawford and presented by Bruce Duff, MC5’s Wayne Kramer and JJ Kramer, the son of CREEM magazine co-founder Barry Kramer. Although the movie focused on the infamous ’70s years of the magazine, it should be noted that Duff wrote for CREEM in the ‘80s after its move to Los Angeles.

Financed by a DIY campaign, the movie had a world premiere at SXSW and was introduced by JJ as a film about a magazine, a city (Detroit) and a motley crew of rock writers gone mad. It is indeed a very enjoyable ride of about 75 minutes, going through the story of the legendary magazine launched in 1969 in Detroit, and the adventures of its very colorful characters. Barry Kramer – who is not related to Wayne but is described as an edgy entrepreneur by one of the female writers – soon recruits Dave Marsh, who immediately tries to bring the politics into CREEM. A bit later, America’s greatest rock critic Lester Bangs joins the team, and these three men are similar to a really messy and disruptive rock band, they made CREEM, an irreverent, boundaries-pushing magazine with an attitude, in a town with a unique music scene, which was booming at the time. Think about it, Detroit gave us the Stooges, Alice Cooper and the MC5, as well as Parliament-Funkadelic or Cheap Trick, in the middle of the Motown scene from Aretha Franklin to Stevie Wonder. Detroit was a city equally embracing punk rock, funk, and soul.

As for CREEM, its writers wanted to embrace the counterculture, proclaiming themselves the ‘America’s only rock & roll magazine’ as a big fuck you to Rolling Stone, and they did it with unique deprecatory humor and a ‘Boy Howdy’ cartoon on the cover, drawn by underground artist Robert Crumb. With its sex and rock & roll aesthetics, there was an undeniable appeal for teenager boys, ‘it was like buying Playboy’, explains actor Jeff Daniels, ‘you didn’t want your parents to know you were reading it.’…‘It was like our Facebook, our social media’, explains somebody else.

The story of CREEM magazine is filled with many funny anecdotes about the constant clashes between the three men and the musicians, and you will hear about a dog turd thrown on a typewriter, a trashcan emptied above Iggy Pop’s head, or Lester Bangs writing a review on stage in the middle of the band.

But some of the most delectable moments are the ones narrating the outrageously offensive and completely sexist reviews, like Rick Johnson’s Runaways review, remembered by a still very furious Joan Jett: ‘These bitches suck… Their only hope for crawling out of the mung heap is making those sperms wag their tails…These pussies have no place playing punk rock…’ Or Lester Bangs’ crazy tirade about Lou Reed, ‘Lou Reed is a completely depraved pervert and pathetic death dwarf and everything else you think he is. On top of that, he’s a liar, a wasted talent, an artist continually in flux, and a huckster selling pounds of his own flesh. A panderer living off the dumbbell nihilism of a seventies generation that doesn’t have the energy to commit suicide.’

It’s difficult to imagine something that offensive written now, especially in the current cancel-culture climate, and you may develop a strong nostalgia for the ‘happy’ unfiltered and unapologetic times of the ‘70s while watching. However, their push-the-envelope humor, which was as visionary and insightful as it was filled with teenager humor, came with a dark side.

Dave Marsh, who coined the term ‘punk rock’ as the legend says, is the sole survivor of the three: Barry Kramer and Lester Bangs burned their lives at both ends, and their rock & roll excesses led to their premature deaths in the ‘80s. Dave Marsh gets the last laugh when talking about the death of his friend: ‘I hope it was an accident because dying of an OD was way too much of a rock star cliché for Lester’.

Everyone wanted to be on the cover of CREEM says Alice Cooper at one point, and these times may be long gone but if you believe JJ Kramer, CREEM will be back. He told us he spent these last years to put CREEM’s rights together and he wants to bring the magazine back.

With the 50th anniversary of the magazine, he is working on a CREEM TV show and the launch of a website with all the archives around 2020. It’s difficult to imagine this legendary irreverence possible in these politically correct times, but JJ is confident this can be done without being dependent on ads: ‘there are different ways to sell ads in a way that helps the music’, he explained. ‘This will give us the freedom to cover things that matter to us’, … ‘to cover bands which share our DNA’.

JJ Kramer has one thing in mind, covering burgeoning rock bands that people don’t know about, restoring an authentic CREEM spirit, and being a music fan first…And I can only support such an idea. 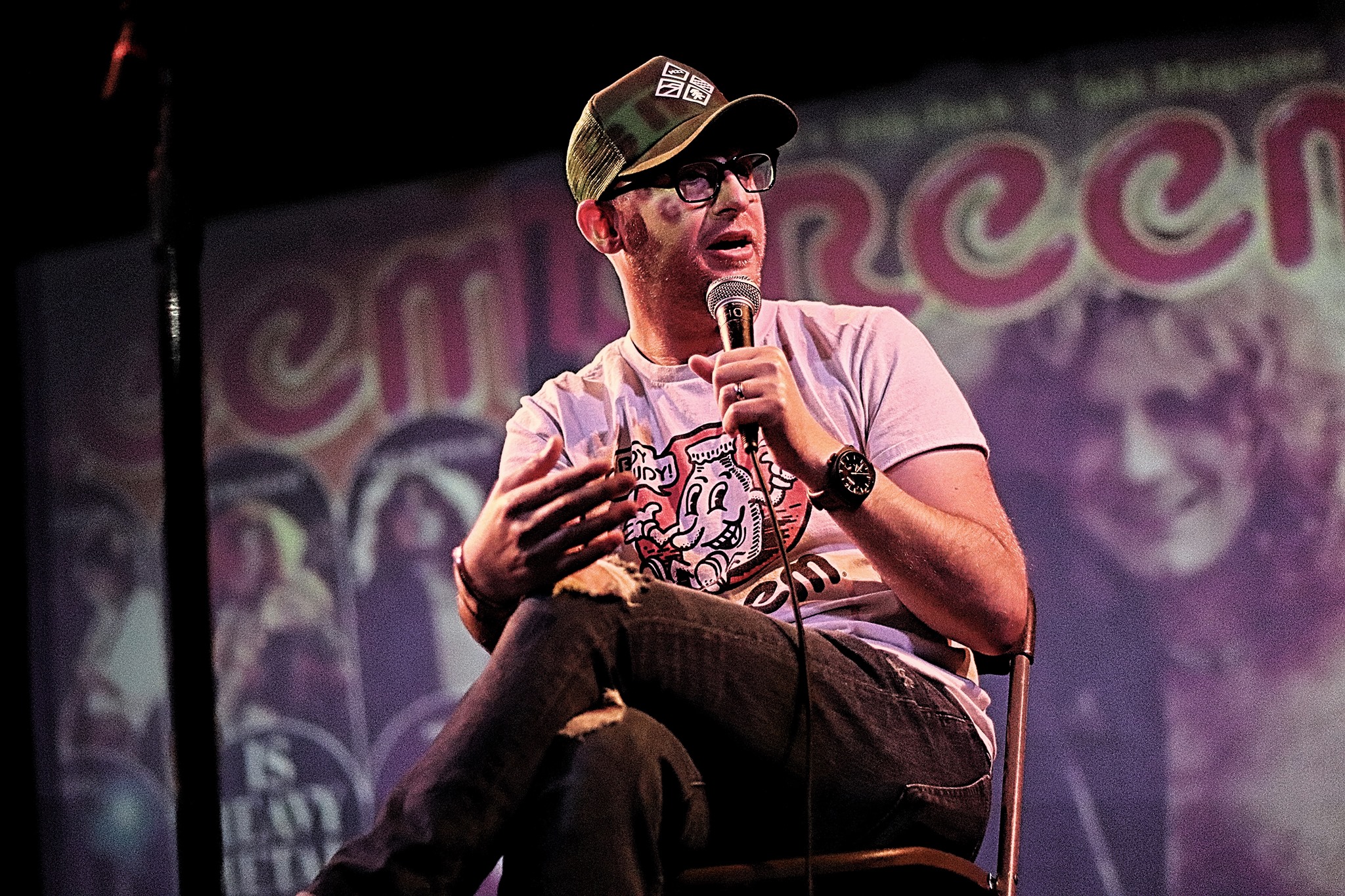 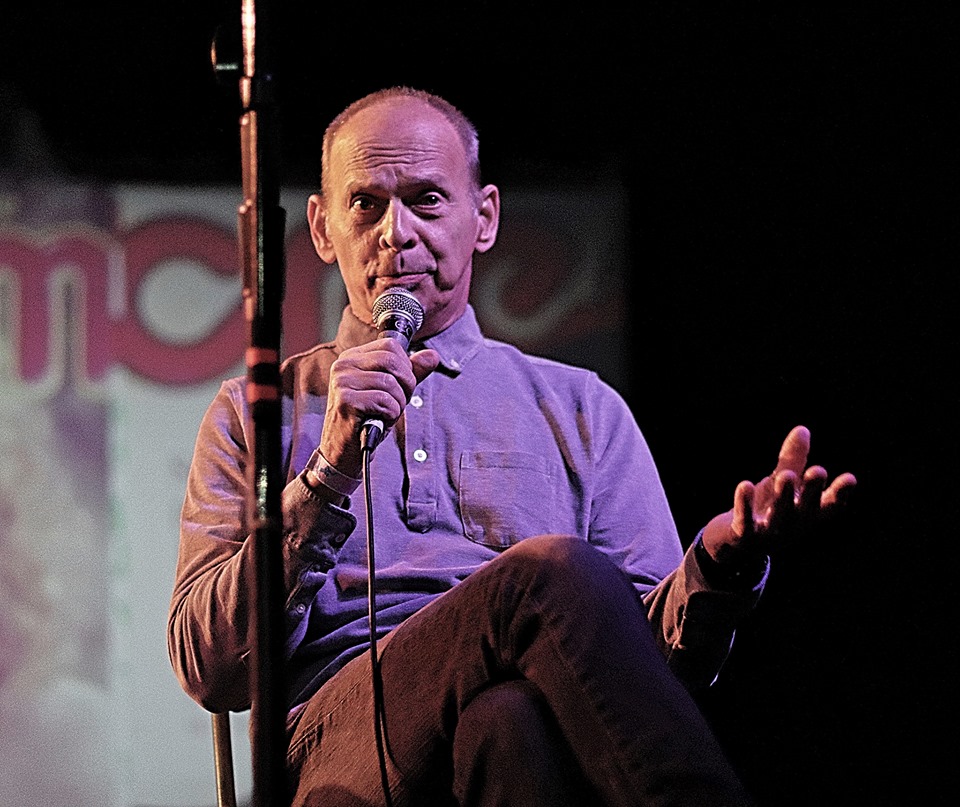 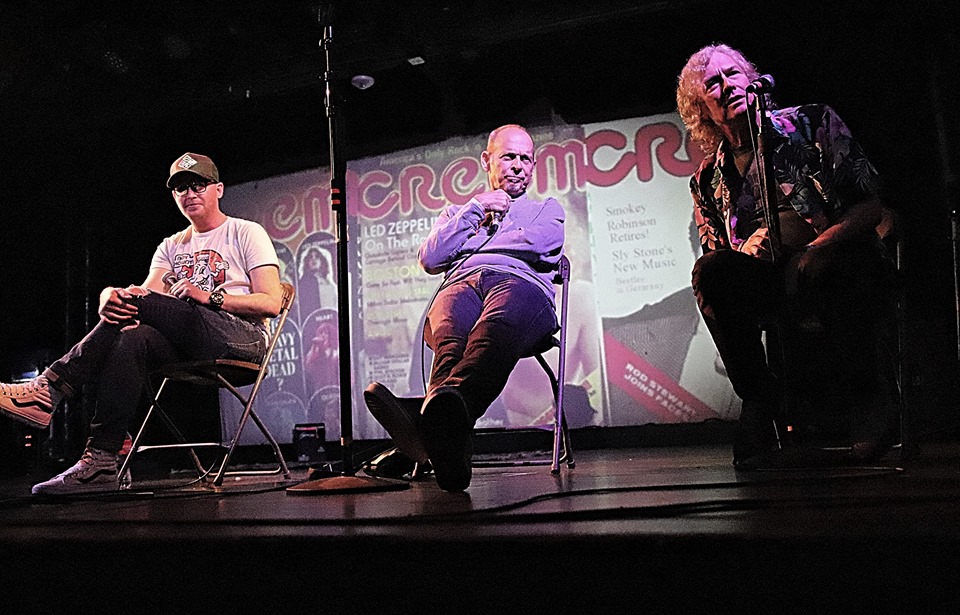 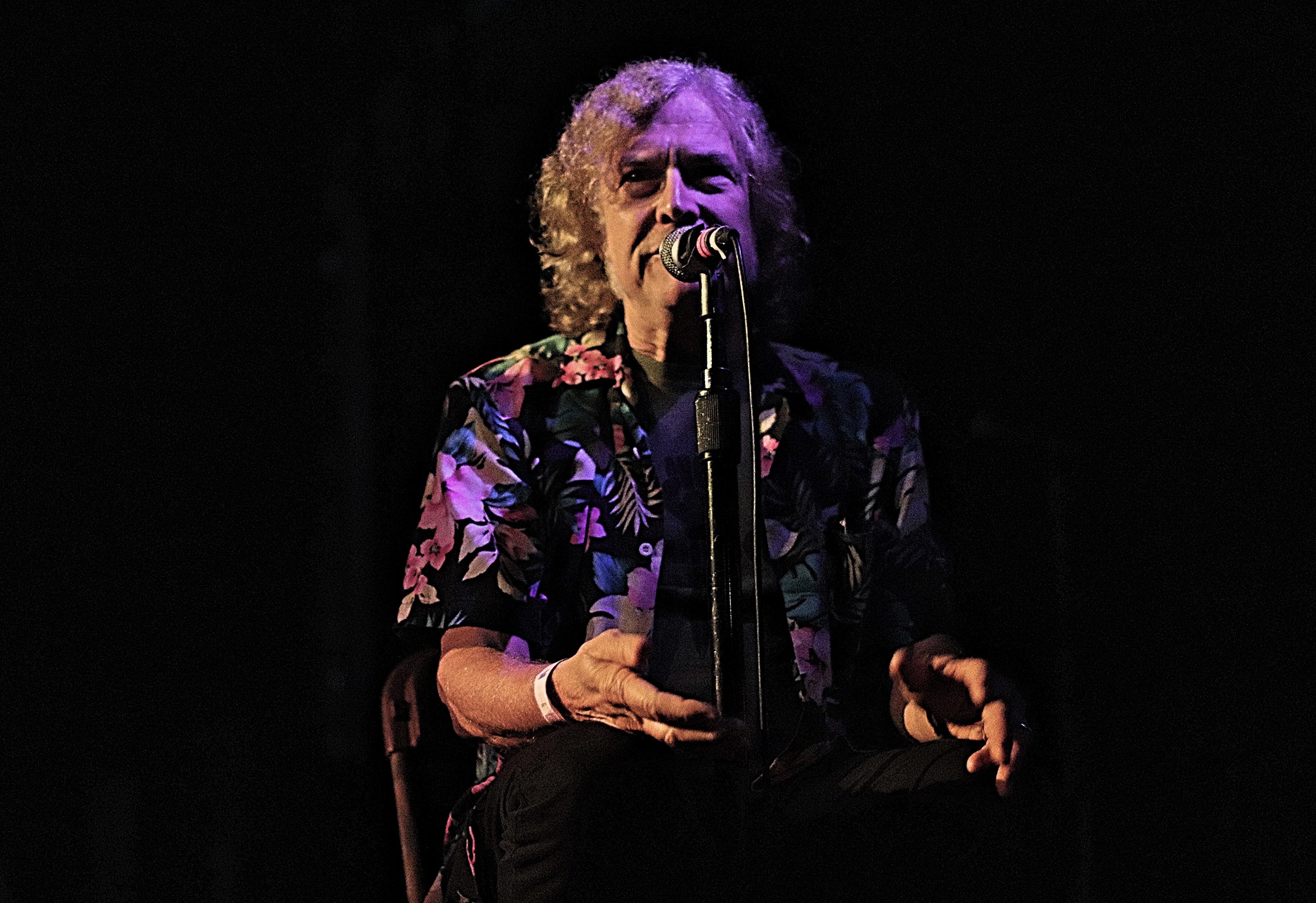