BLOODY HAMMERS Release Dark Official Video For “From Beyond The Grave” 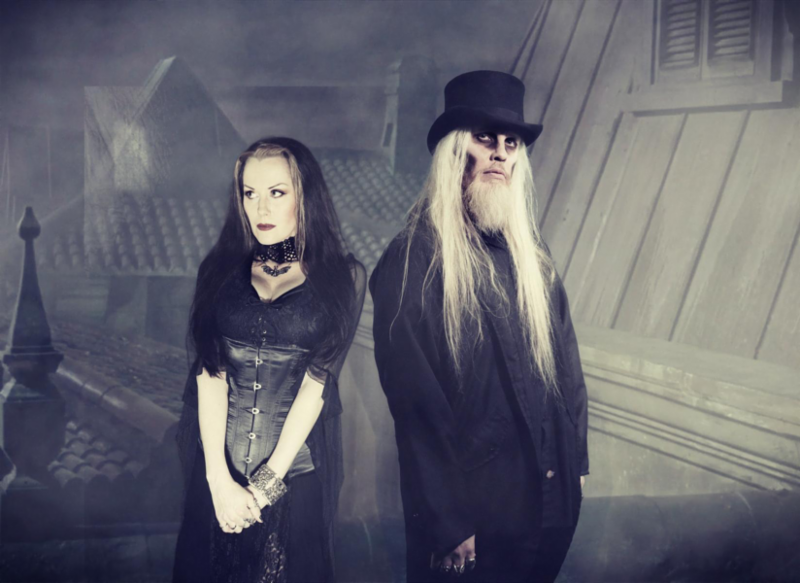 BLOODY HAMMERS Release Dark Official Video For “From Beyond The Grave”

New Album “The Summoning” Out On June 28th!

The Transylvania County based duo BLOODY HAMMERS release the second official video from their upcoming album “The Summoning.” “From Beyond The Grave” transports the dark and sinister feeling that only BLOODY HAMMERS can summon in 2019. The wonderfully creepy horror mix of 80s hard rock, gothic, doom and epic metal riffs are wonderfully illustrated in the new video with a silent film era twist. The video was once more produced by the band itself in the BLOODY HAMMERS Film Studios.

Anders Manga on the video and the song:
“The video is obviously a homage to F.W. Murnau and his early horror work in the silent film era. We had a great time making the video. The song, in a horror rock way, is a narrative from the perspective of a ghost who wants to return to his love on earth. I have so many favorites from the new album, but this is one of those straight forward hard rock tracks that I hope to see people blasting by the pool this summer… while covered in goth strength sunblock of course.”

Watch “From Beyond The Grave”

The U.S. duo has prepared a wonderfully creepy horror musical experience that pays homage to classic flicks such as Let Sleeping Corpses Lie (1974) and Now The Screaming Starts (1973) by creating a dark BLOODY HAMMERS story around the movie titles. The band’s idea of a soundtrack for your favorite video nasties holds some surprises on their upcoming record.

“The Summoning” track listing:
1. Let Sleeping Corpses Lie
2. Now the Screaming Starts
3. The Summoning
4. Fire In The Dark
5. The Beast Is Coming Out
6. Welcome to Darkness
7. Tales That Witness Madness
8. Condemned, The Prisoner
9. From Beyond The Grave
10. Unbreakable