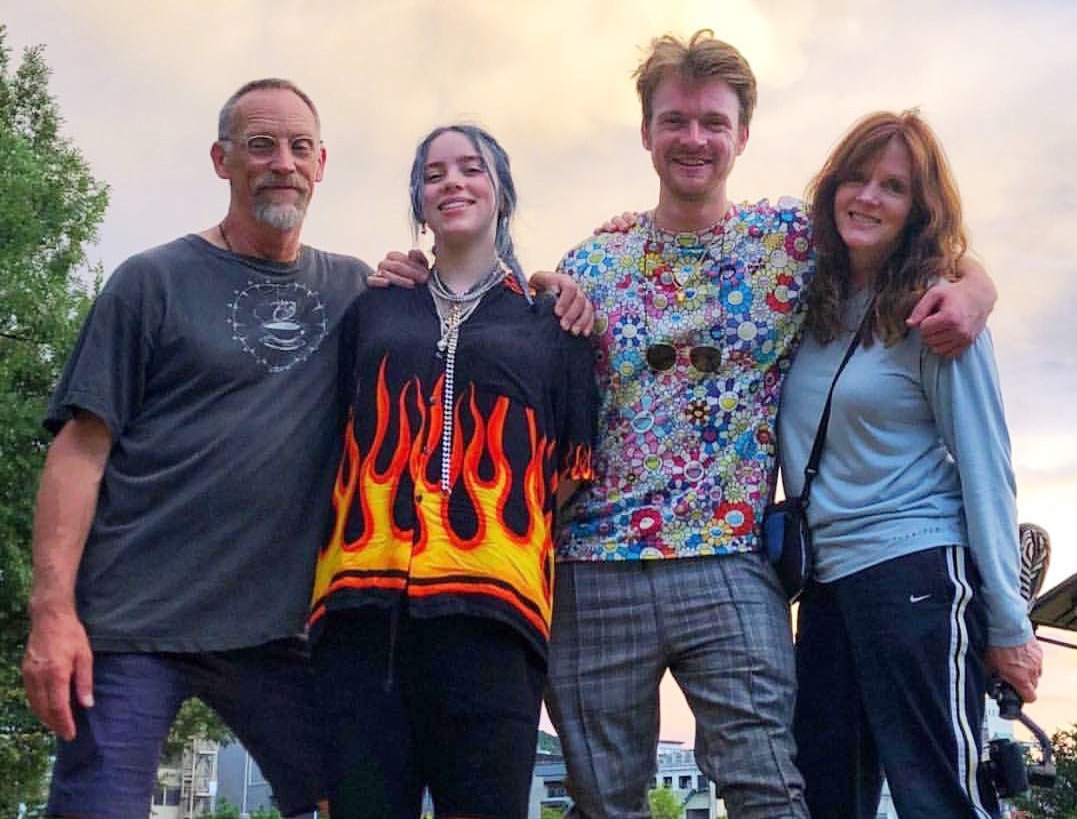 I stumbled on a series of tweets and articles criticizing Billie Eilish’s uneasy relationship with her LA neighborhood, Highland Park, a multicultural but predominantly Latino working-class neighborhood. This one from Libcom.org reposted by JustPaste, and retweeted by the new York Blvd a few months ago, goes into great length at describing what people call the ‘woke-washing’ of Highland Park, which could be summarized by the simple idea that the neighborhood is now filled with white families with a Black Lives Matter sign on their window while not one person of color can afford to live in this same neighborhood anymore.

We have to go back to the story we have been told, Billie’s parents have presented themselves as poor, underprivileged white folks, two failed actors who have been struggling with money. However, according to an interview Billie’s mom, Maggie Baird, gave in 2013, it seems that their revenues were not that bad, coming from flipping houses:

‘Sometimes though, we have had serious financial setbacks because of lack of work as an actor and particularly related to my husband’s work (in addition to being an actor he is a carpenter and used to work restoring and selling homes). One giant disaster in particular strained our family almost to our breaking point and it has taken a lot of strength and perseverance to recover from that,’ Maggie Baird declared.

But this is especially this other interview that put Maggie in a sort of trouble, not so much because of what she said, but mostly because of how she expressed herself. In the interview, she explains buying a house ‘because we, like, have to have some control over our neighborhood,’ and then details the damage done to the historic house ‘And it’s a horrible eyesore, like, in our opinion, like it had become like, they [the previous residents] had taken out the hardwood floors and they put in white tile. They’d taken out the river rock fireplace, thrown the rocks in the backyard, it was marble or something. They had – they just like completely, you know, taken away all of its historic character.’ And after restoring the house, she said the family ‘sold that for the highest price we could possibly get, to a lovely couple, you know, like with no criminal past at all.’

That didn’t sit well with Highland Park residents for many reasons. First of all, the neighborhood had been undergoing gentrification for some time, and many residents who have been living there for a long time have been suffering from it. Gentrification has been harmful to poor people who simply cannot afford to live there, and ‘the highest price we could possibly get’ implies Mrs. Baird heavily participated in this transformation of Highland Park. Then the ‘lovely couple with no criminal past’ has this pejorative undertone as she poses as the neighborhood savior, not only fixing houses that people have not preserved well, but also replacing its people.

This is Billie’s mother talking, and not Billie Eilish, but the problem is that the story of the underprivileged upbringing has largely been perpetuated in the media, this has been part of her public image, while this could, at the very least, be somewhat modified.

As for Billie, she declared this about her Highland Park neighborhood in a 2017 interview with New Zealand-based Coup De Main magazine, she was very young at the time but already very outspoken:  ‘It’s kinda like a little hipster block party, almost. It’s not huge, it’s this little area. There’s this one street called York, which is kinda where everything is. We moved there when it was affordable. It wasn’t a great neighborhood and nobody really lived there. It wasn’t a popular place at all, then over time, tons of stores and little shops popped up, and it’s huge now, and kinda popping, which is weird. I think it’s really cute. It’s very homely, very comfortable.’

Of course, there was a backlash on social media – you can see some examples below. Once again Billie was entertaining the idea that the neighborhood wasn’t great before its hipster makeover. If articles acknowledge she was quite young at the time, they also rightly note that Billie’s words have always been taken seriously whether she was talking politics or other grown-ups issues. So why would her young age be suddenly an excuse?

In short, Highland Park is not too happy about its prodigy child, if Billie and her mother are putting the neighborhood right in the middle of their narration, it was, first of all, a gang-infested shithole – ‘it was very sketchy and there were lots of gunshots,’ she also declared in this interview from 2018. They seem to erase the culture that existed before their arrival, ‘nobody really lived there.’

The connection between Eilish and her birthplace looks fake and non-existent, ‘this isn’t about ‘canceling’ Billie,’ wrote someone on Tweeter, ‘but pointing out how she’s become the ‘face’ of HLP despite choosing to remain ignorant and doing nothing to stand up against displacement. She’s essentially being used as propaganda to woke-wash gentrification.’ Nobody over there is ready to ready to claim her as one of their own, as this article in Losangeleno finds out. People would like her to give back to the community where she grew up, is it too much to ask? Maybe she will at one point, maybe she will always stay this estranged rockstar driving up to York Boulevard in her Dodge Challenger.

gentrification is neocolonialism. wypipo think no one lives there until they move in. the comunidad was existent, vibrant, and brown before y’all whites decided to displace everyone there. fuck @billieeilish, we lived there. i can’t go back to my hood without being gawked at https://t.co/ut9ZFhYVGY

I have experienced too in Los Angeles. Many of my friends (tenants & business owners) were illegally evict & are still being threaten. Please look up Billie Eilish & her mother’s history. Maggie Baird was one of the first people to gentrify Highland Park. https://t.co/dBTQ08kSvT pic.twitter.com/yjuJpf01Zl

Fuck You @billieeilish
Highland Park is home bitch.
“No one really lived there”
A lot of Mexican and Italians lived here until gentrification happened housing was raised and my family could barely afford it and all other families struggled too.
It will always be home.
GTFO.

Shady things about Billie Eilish and her family that everyone ignores, part 1: her mother Maggie Baird was involved in the gentrification of HLP, a once vibrant Latinx community, flipping a house and selling it “to a lovely couple with no criminal past.” https://t.co/0jDY1DPvGj

Billie Eilish is the living and walking epitome of bourgeois gentrification

This is what Billie had to say about gentrification in HLP, literally “there were no Indians”. Her defenders will say she was just 15 when she said this so she should be exempt from responsibility, but ask yourself who taught her to think like this. pic.twitter.com/qRgXkklQQd